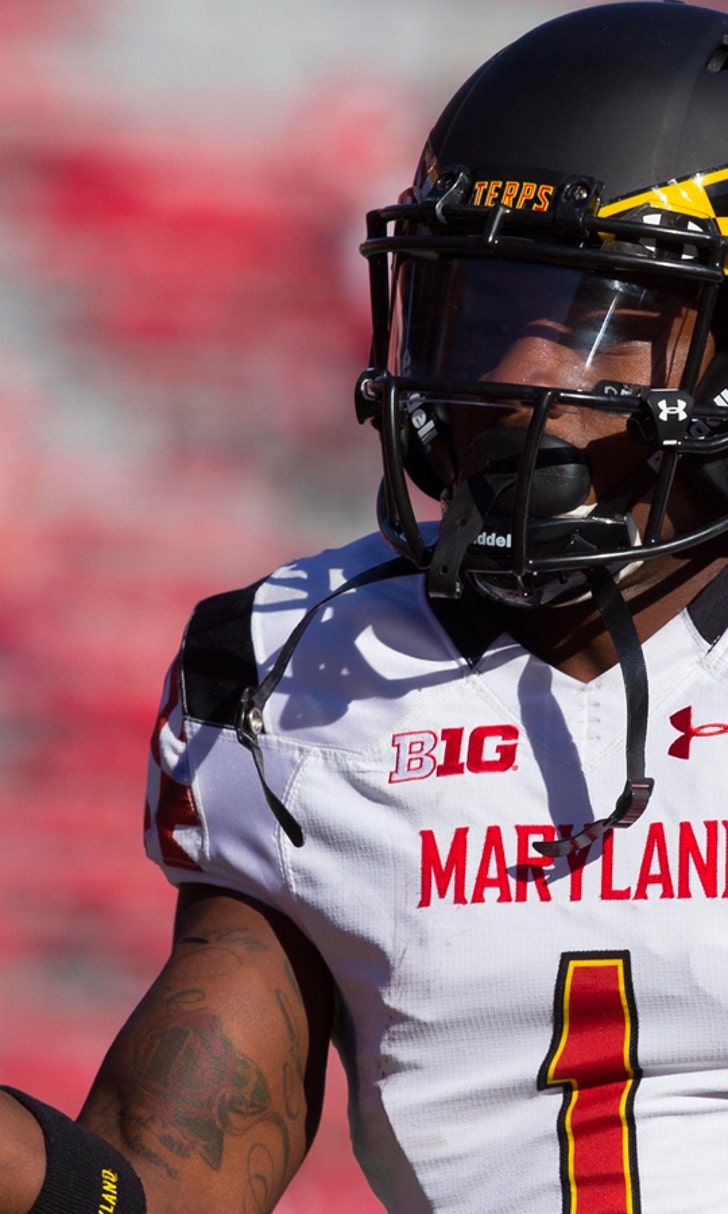 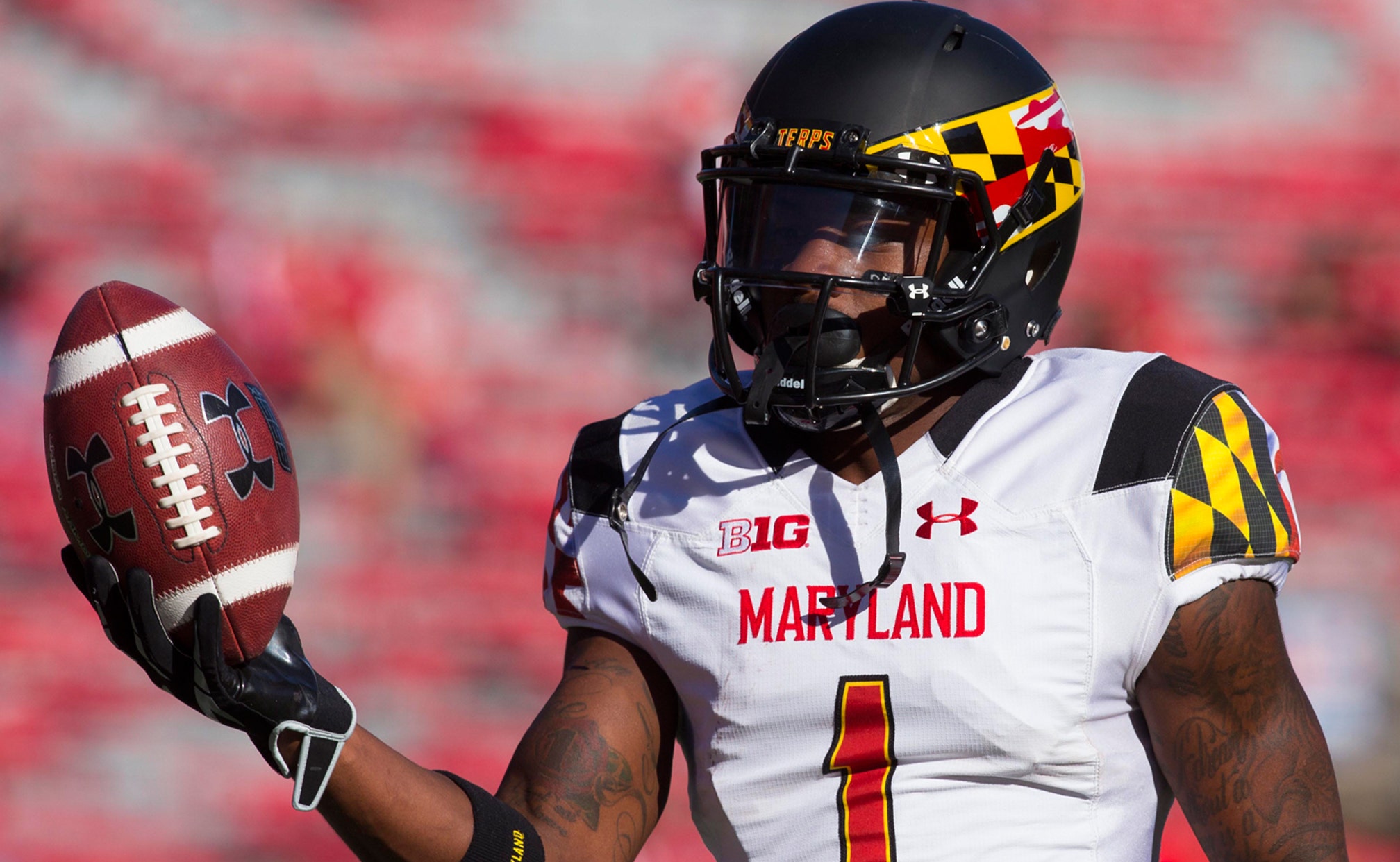 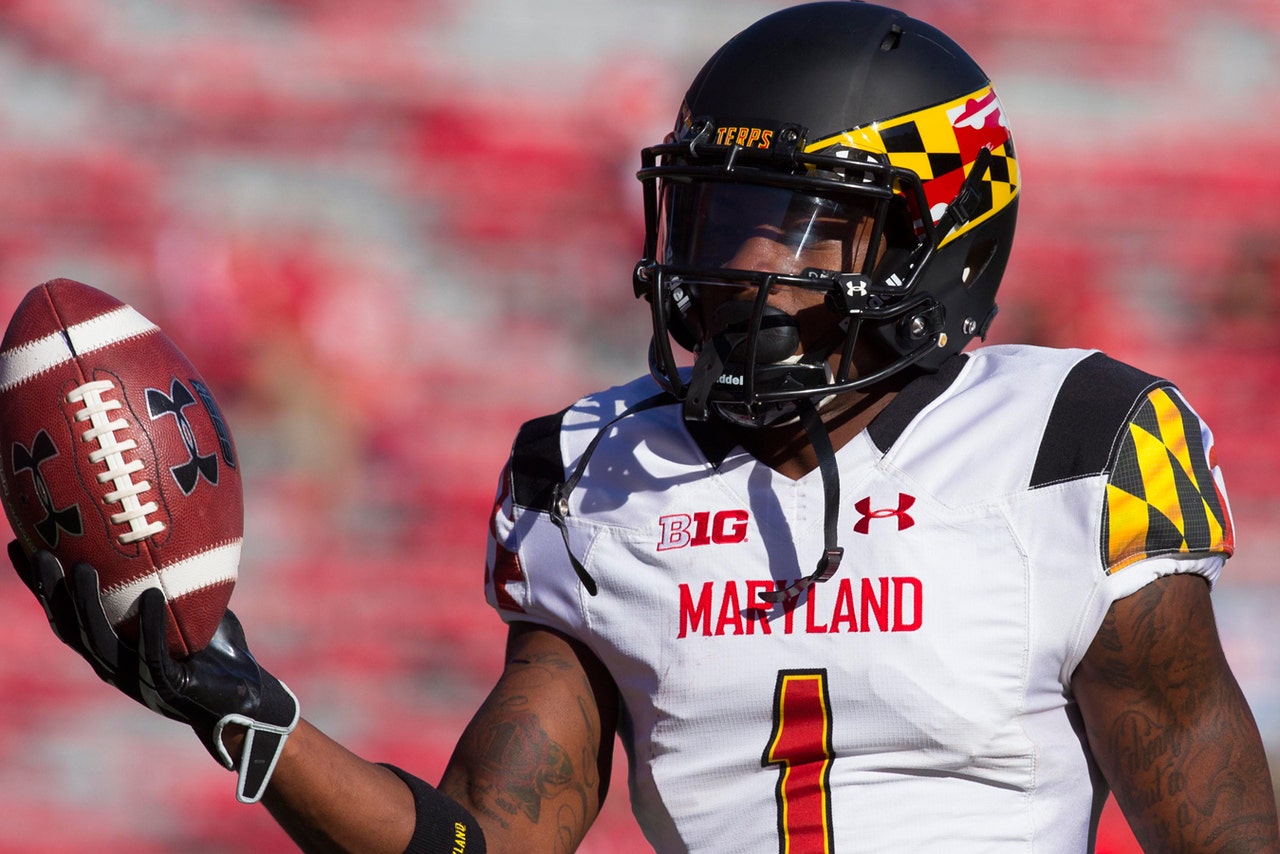 EDEN PRAIRIE, Minn. -- The Minnesota Vikings are surrounding second-year quarterback Teddy Bridgewater with more options on the third day of the draft.

With its third pick of the day and second in the fifth round, Minnesota drafted Maryland receiver Stefon Diggs with the 146th overall pick. The Vikings had traded back from No. 137 to 143 with the Atlanta Falcons, adding the 185t overall pick and a second in the sixth round in the process.

Diggs, 21, was a three-year starter for Maryland who finished his collegiate career with 150 catches for 2,227 yards and 14 touchdowns. Diggs also had kickoff returns for touchdowns in his career.

"I'm a playmaker and a dominant competitor. Outside of the game, on the practice field and in the game, no matter where I am I like to compete at all costs and I love to win," Diggs said. "So, that's the type of attitude I bring to any situation. Now that I'm a part of the family, I look forward to working my butt off and doing everything I can."

Despite missing three games last season, Diggs had 52 receptions, 654 receiving yards and five touchdowns. He was named second-team All-Big Ten by the conference coaches. He missed one game serving a suspension for a pre-game scuffle with Penn State players. He missed two games with a lacerated kidney but returned to catch 10 passes for 138 yards in the Foster Farms Bowl.

Diggs is good friends with Vikings safety Antone Exum, who was a sixth-round pick by Minnesota out of Virginia Tech last year.

"I know he's a workaholic, so we kind of mesh that way," Diggs said, adding: "I facetimed him soon after (the pick) and I let him know that they were going to pick me. I was so thankful for the opportunity and he was so happy they picked me. You could tell it was a good moment for both of us."

What Sports Fans Can Be Thankful For
2020 has been a year unlike any other. As Martin Rogers writes, sports have been there for us the entire time.
45 mins ago

How To Win $50,000 On Thanksgiving
As old rivals collide with first place in the NFC East on the line Thanksgiving Day, fans can win big – for free.
3 hours ago

Happy Thanksgiving To The People
Before picking which sports stars should join the Thanksgiving dinner table, Charlotte Wilder thanks you, the sports fan.
3 hours ago

The Story Of America's Team
Jimmy Johnson and Troy Aikman reflect on their Dallas dynasty ahead of the Cowboys' annual Thanksgiving Day game.
16 hours ago
those were the latest stories
Want to see more?
View All Stories
Fox Sports™ and © 2020 Fox Media LLC and Fox Sports Interactive Media, LLC. All rights reserved. Use of this website (including any and all parts and components) constitutes your acceptance of these Terms of Use and Updated Privacy Policy. Advertising Choices. Do Not Sell my Personal Info