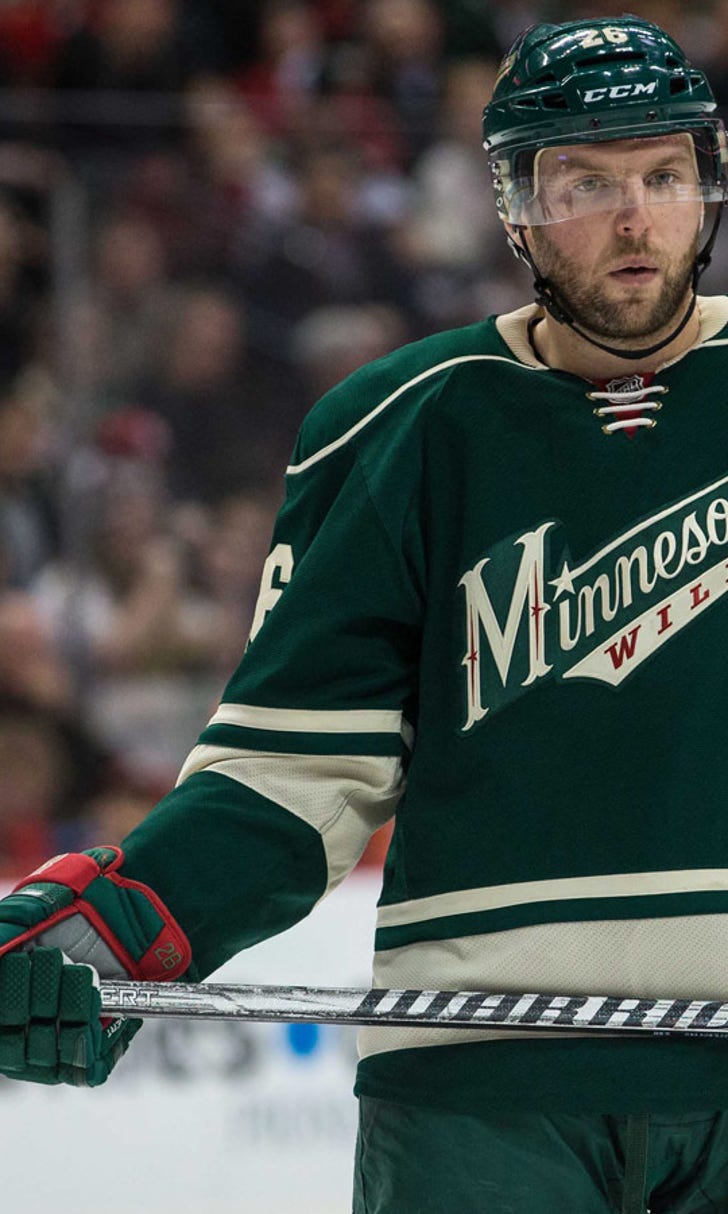 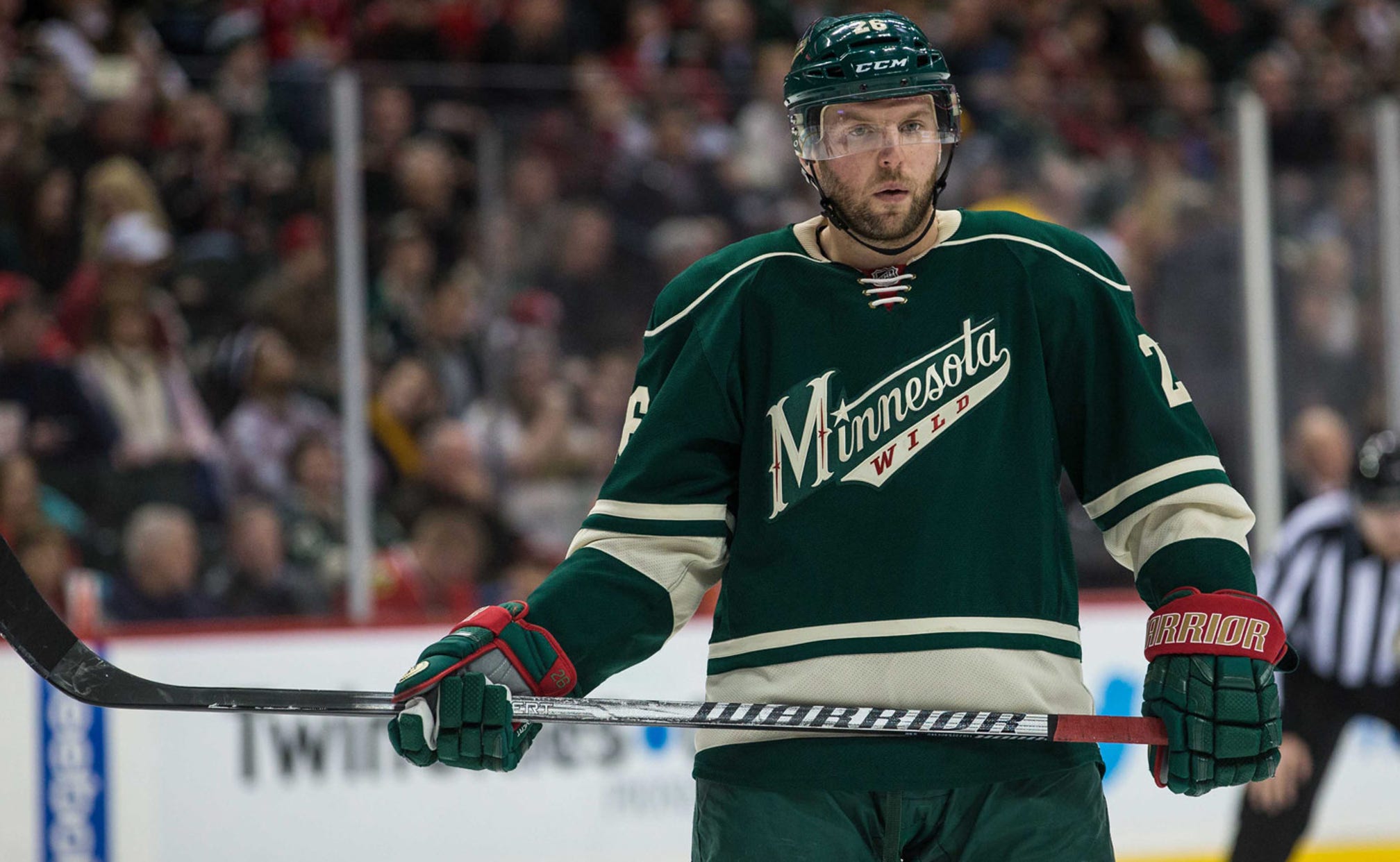 Vanek enjoyed first year of homecoming, but disappointed with finish 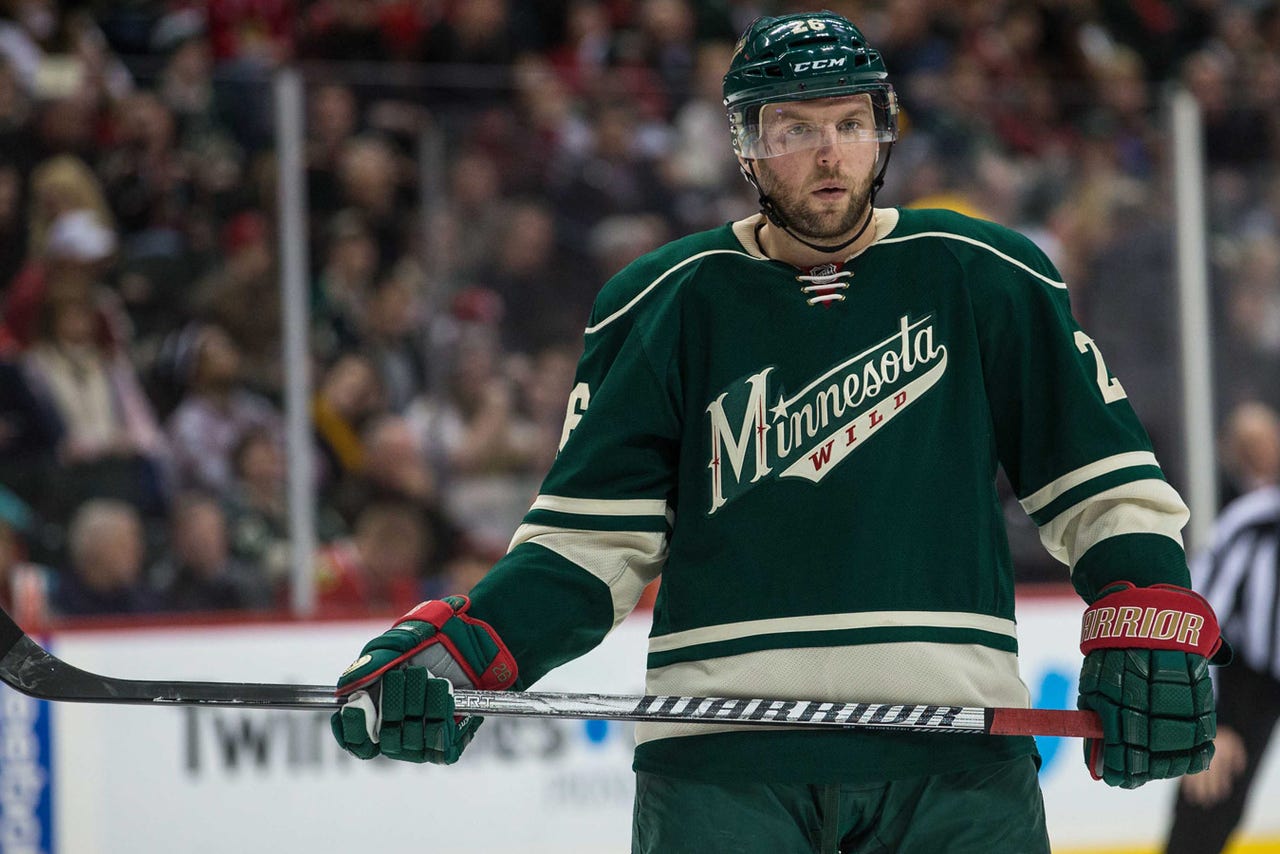 The storybook return to Minnesota for Thomas Vanek is still waiting on its perfect ending, the beginning chapters reading tougher than Vanek and the Wild hoped when the two sides came together.

A second-round playoff exit left the on-ice portion of Vanek's first year back in Minnesota unfulfilled. Off the ice, the return to the state where Vanek was a college star and where he and his family had lived in the offseason while Vanek produce a standout nine-year NHL career was everything he expected.

Vanek, a native of Austria, felt the admiration from the Minnesota fans, both Wild and Gophers alike. He also felt the disappointment.

"It was great," Vanek said of playing in front of Minnesota hockey fans again. "It's what I expected, or more. Like the fans, like us, we want to win and we came short. But again, I feel like this group has a lot of good leadership and we'll make another run at it."

Disappointment was felt all around after the Wild were swept in the second round by the Chicago Blackhawks. Vanek even said he let the team down.

The third-highest scorer on the team in the regular season with 52 points, Vanek went goal-less and had four assists in 10 playoff games. He was held without a point in the final three games against Chicago. The frustration of the fan base echoed from Vanek as he accepted blame.

"I didn't score a goal, so obviously when you don't produce and you lose, you're going to take some heat and that's part of this business," Vanek said after the season. "I'm not going to sit here and make excuses why. I should have been better."

Vanek was expected to be one of the pieces to help Minnesota take the next step. The Wild were coming off another second-round playoff loss to the Blackhawks. A young core with key veterans needed more scoring.

After years of speculation, Minnesota signed the four-time, 30-goal scorer to a three-year, $19.5 million contract. Vanek then had one goal in his first 21 games with the Wild. In December, Vanek started to find his scoring touch. He scored 20 goals over his final 59 games.

"I think the first half was tough; couldn't really find my game," Vanek said. "But I think the second half was better, especially when we made our run to get into the playoffs. I thought I found my game and felt good."

Vanek has reached the 20-goal mark every season of his career since leaving the University of Minnesota in 2005 to play for the Buffalo Sabres, who had made Vanek the fifth-overall pick in the 2003 NHL Draft. The 21 goals were the fewest in a full season for Vanek, though. The only time he had finished with fewer was when he scored 20 in 38 games during the lockout season in 2013.

When he wasn't scoring in the playoffs, the spotlight turned to Vanek.

"There's no question that a lot of eyes are on Thomas to see what he's doing," head coach Mike Yeo said of Vanek. "I would say since the second half of the year, the majority of time he's been playing good hockey. Has there been a few times where he hasn't been on top of his game? Yeah, absolutely, and there's a lot of players that are the same way.

"But what I see when he is playing his best game is, I think number one his feet are moving. Number two, he's strong in his battles, he's strong on the puck, the detail is there. And all that helps him get to the rest of his game. Obviously his game is a skill game. His game's having the ability to make plays. But when all those other things are there, that gives him a chance to do those things more often."

Vanek will have more chances to write a different ending to his time back in Minnesota.