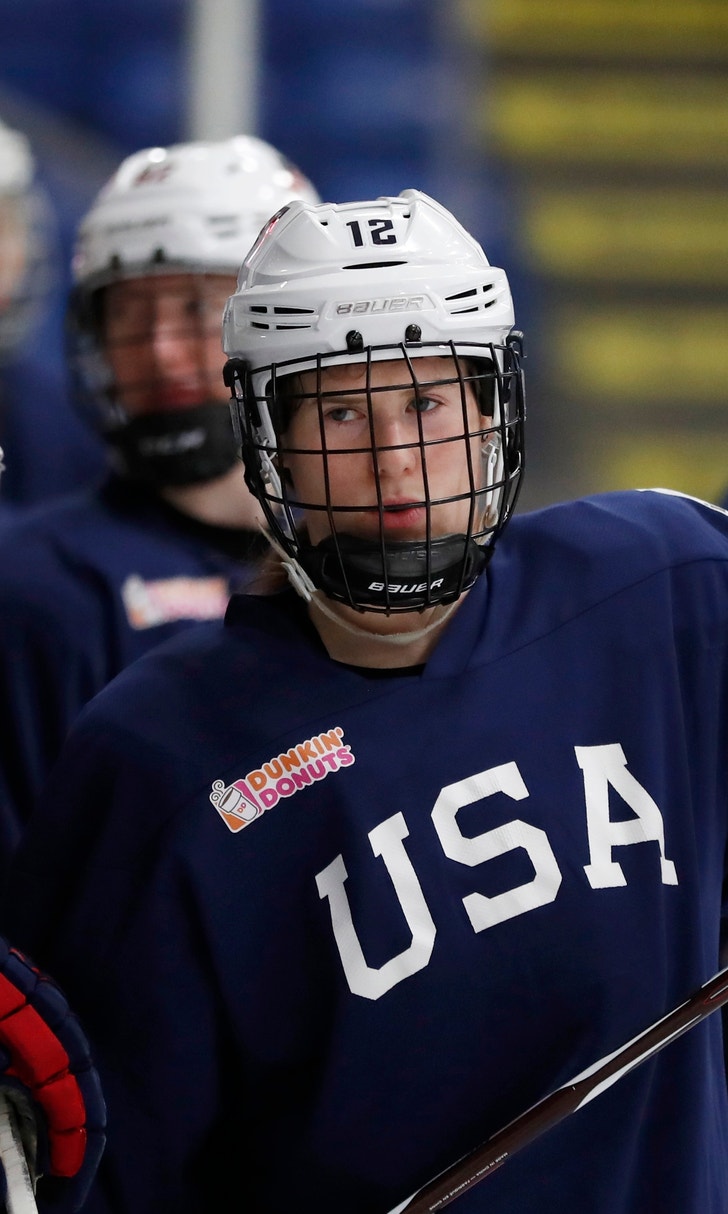 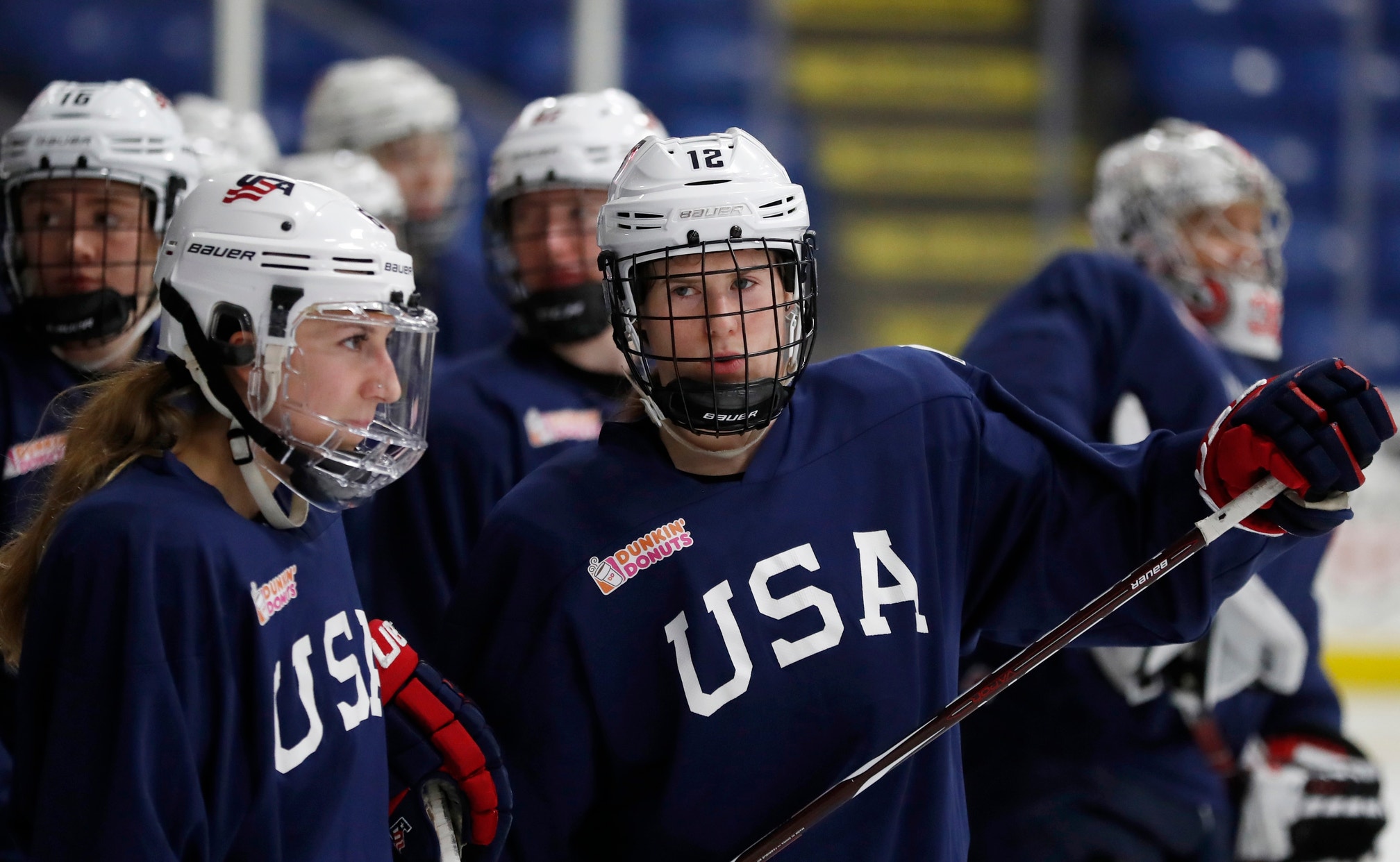 PLYMOUTH, Mich. (AP) — Kelly Pannek is on pace to graduate from the University of Minnesota in the spring with a finance degree. With two internships in wealth management also on her resume, she is a prime candidate to get hired in the business world.

The 2018 Olympic champion plans to put her off-ice-career on hold, thanks to a landmark deal involving USA Hockey last year.

"I plan on just playing hockey as long as I can because I can," she said.

That used to be a challenging choice for the nation's top female hockey players.

After threatening not to show up at the 2017 world championship at USA Hockey Arena, the top American female players in the sport agreed to a package of improvements, including one that helped their bottom line. Post-graduate hockey players can make about $70,000 a year and about $130,000 annually in Olympic years.

"The progress we made through that deal has changed a lot of our lives, and changed the future of our sport," said Meghan Duggan, who captained the U.S. when it won gold over Canada at the Olympics earlier this year. "Before that, all of us relied on other income from a second job, spousal and family support because we weren't earning a living that supported us in an appropriate way. The deal also created awareness and cultural change."

During USA Hockey's training camp last week, where 44 of the top women in the sport gathered, the governing body had some of its top executives in attendance. Three-time Olympian Hilary Knight said that was new and suggested a dramatic difference in support.

USA Hockey executive director Pat Kelleher was in suburban Detroit not just to be seen. He said he heard what the women had to say and shared information about the USA Hockey's mission.

"The communication is better than it has been," Kelleher said before one of his meetings with the group. "Relationship-wise, we need to have great teammates and be great teammates. We want to understand their side and what they're looking for. We also want to give them more background on our organization, which has 650,000 participants and 1.2 million members. There's a lot that goes with that."

Before the 2017 agreement, many players had to juggle jobs and decide whether to stick with the sport or to give it up to pay the bills.

Knight used to squeeze in private lessons on the ice between her own training and competition to make ends meet after graduating from Wisconsin.

"Coming out of college and having that transition without a set template of what you should be doing and how to be a professional was challenging," said Knight, now 29 and playing with the CWHL's Les Canadiennes in Montreal.

Two-time Olympian Amanda Kessel, who is 27, said the increased training stipend allows her to live in New York City and not worry about balancing her career with a life as much as before.

"It was just stressful," she said. "You still loved playing hockey, but when you're 25, 26 years old and you don't have an income you're think, 'What am I doing?' I had some help from family at times. I had side money from camps and just had to pinch pennies. Now, I have no problem getting a massage or going to physical therapy and paying out of pocket to take care of myself."

The deal with USA Hockey also allows women to collect their training stipends while pregnant , a benefit enjoyed by the Monique Lamoureux-Morando and Jocelyne Lamoureux-Davidson.

Pannek acknowledged she didn't worry too much about the fight for better benefits previously because she was still in college on a scholarship. But just months away from graduating, she is grateful for the path paved by those before her.

"I saw how hard our veterans worked to set this up for all of us coming out of college," she said. "I couldn't imagine how it used to be. Coming out of college this next year is really special because there are options. I can get an education and I know I can use it, but maybe not right now and put that into the future and play hockey for the next few years. I want to keep playing as long as I can and then use my degree."