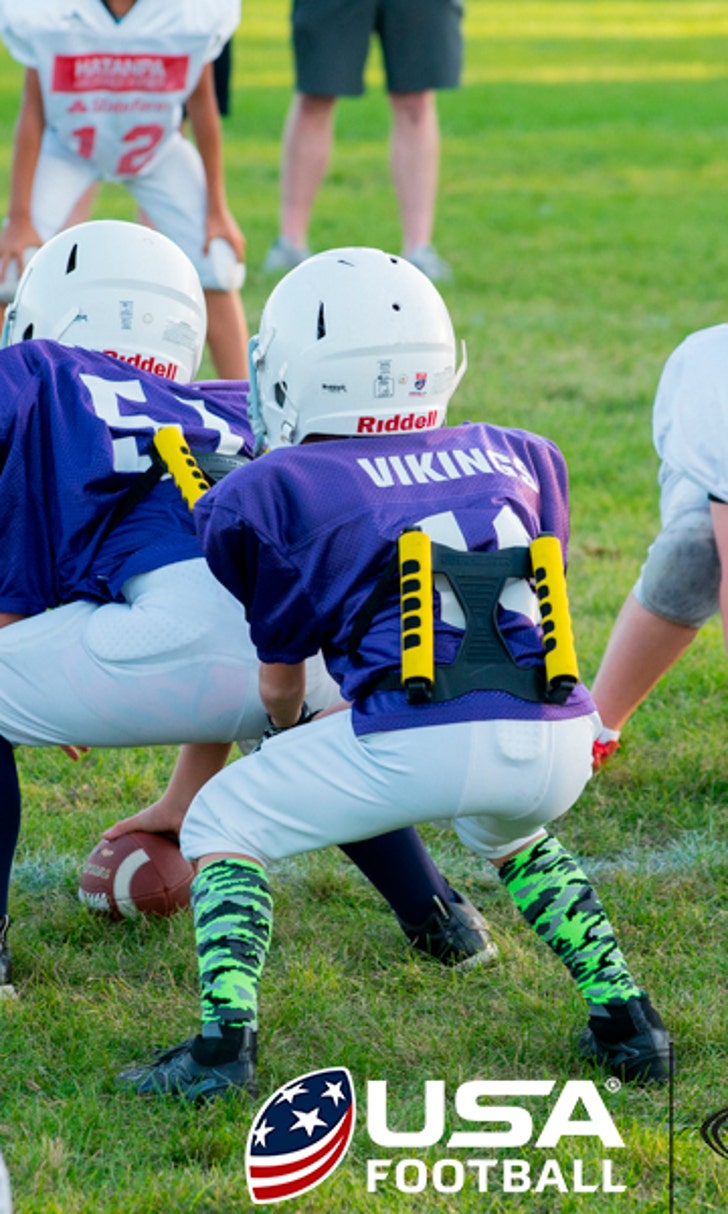 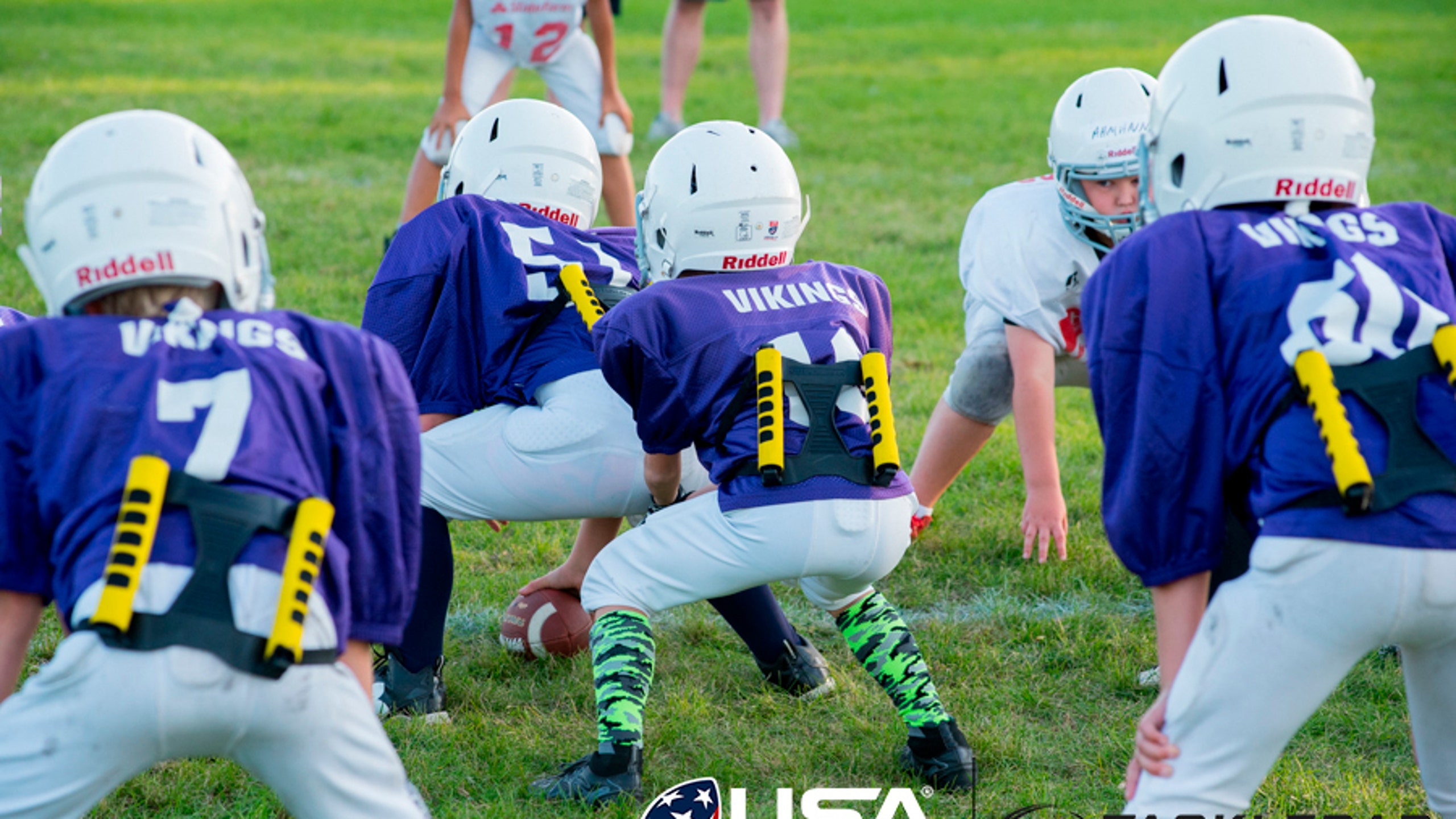 USA Football is introducing another tool as part of its road map for how the sport is played, coached and taught on the youth level: TackleBar football.

Players using the TackleBar tool wear a harness with two bars in the back, one on each side. When a defender attempts a tackle, he or she will be able to employ the basics of tackling — head up and out of the way while wrapping up — with limited contact. Players learn to refine their technique without tackling a player to the ground. Instead, one of the bars is pulled from the opponent's harness, ending the play.

TackleBar has been on the market since 2017 and the harness costs $55; there are shoulder pads also available. Pilot programs beginning in 2016 were a success, and now USA Football, the governing body for the sport, is adopting TackleBar for the FDM.

“This is one aspect, although an exciting one, of our Football Development Model,” says USA Football Executive Director and CEO Scott Hallenbeck. “It starts with certified coaches teaching young players in a way that's fun and matches their age and ability. TackleBar is an effective tool to learn form tackling and fundamentals with limited contact. It's a smart way to build skills and experience the sport.”

One high school coach who has incorporated TackleBar into his programs is Russ Hinrichs of Alexandria, Minnesota. Hinrichs recognized several years ago the need for an alternative way to get youngsters into the program while addressing concerns parents had in terms of contact football. He found TackleBar a worthwhile option for fifth and sixth graders.

“It makes for an awesome transition; our kids tackle in seventh grade,” Hinrichs says. "This brought back some excitement and a level of organization in the fifth and sixth grades we had not seen. I said this is what we are using at the varsity level — we are using the TackleBar as well in practices. We want the kids to be able to see that, to think, 'If it is good enough for varsity, it's good enough for us.'

“I hate to turn kids off before they grow and feel they can play tackle.”

That's exactly what the FDM is all about, Hallenbeck explains.

“The Football Development Model aligns with the U.S. Olympic & Paralympic Committee's vision for what sports need to be for our kids,” he says. “TackleBar spans an important range of that vision. This is a tool that improves foundational football skills, brings more kids into healthy and active lifestyles, and is part of an exciting learning bridge — a player pathway that football has been without for too long. All of this, coupled with 21st-century coach certification, helps young players graduate to tackle football — and not just play it, but excel in it.”

The TackleBar equipment dates back to 2013 and it has gone through about 20 iterations of design from its initial concept. The idea has been to create something comfortable, fundamentally sound and useful in teaching proper technique. The most recent adjustment tweaked the comfort, rounding out corners on the harness itself so even if a player falls backward, corners are rounded. The device weighs just under a half-pound, the bars are made of foam and attached by Velcro pads.

Testing began in the Twin Cities in youth camps before the 2016 pilot program. Approximately 10,000 youngsters in 27 states have been using it both in youth leagues and high school workouts. Even some colleges have TackleBar on hand.

And now, as part of USA Football's FDM, TackleBar founder Brigid Ling hopes the device will become the default use when players are ready to move on from flag football “but maybe want to wait a few years to play tackle.”

“I would say it would revolutionize teaching the game because it is at a medium level between tackle and flag,” Ling adds. "There's so much strategy and complexity involved in a coach's playbook and this skill includes all of that ...

“There is a place for any kid on a football field, especially in those growth years. Anything we can do to keep kids healthy and active and included is important, and football holds all those values. We're keeping the door open to the game. With TackleBar, kids who would not otherwise stay in (it) have come back in.”