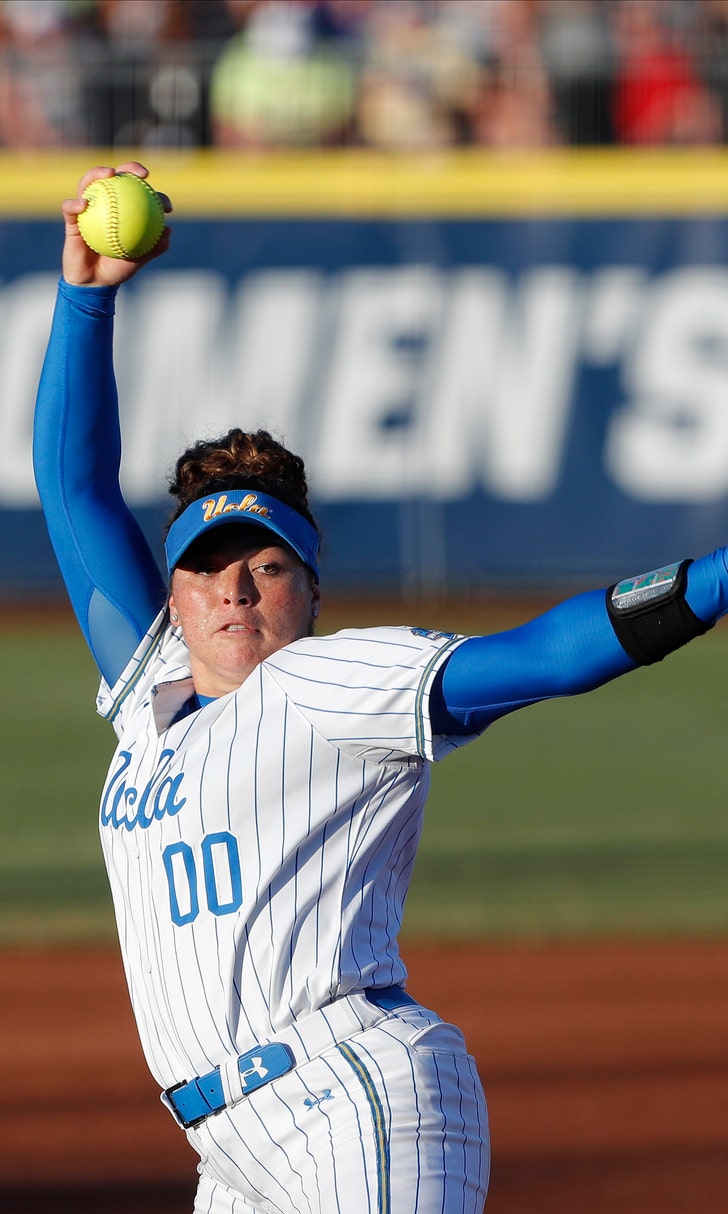 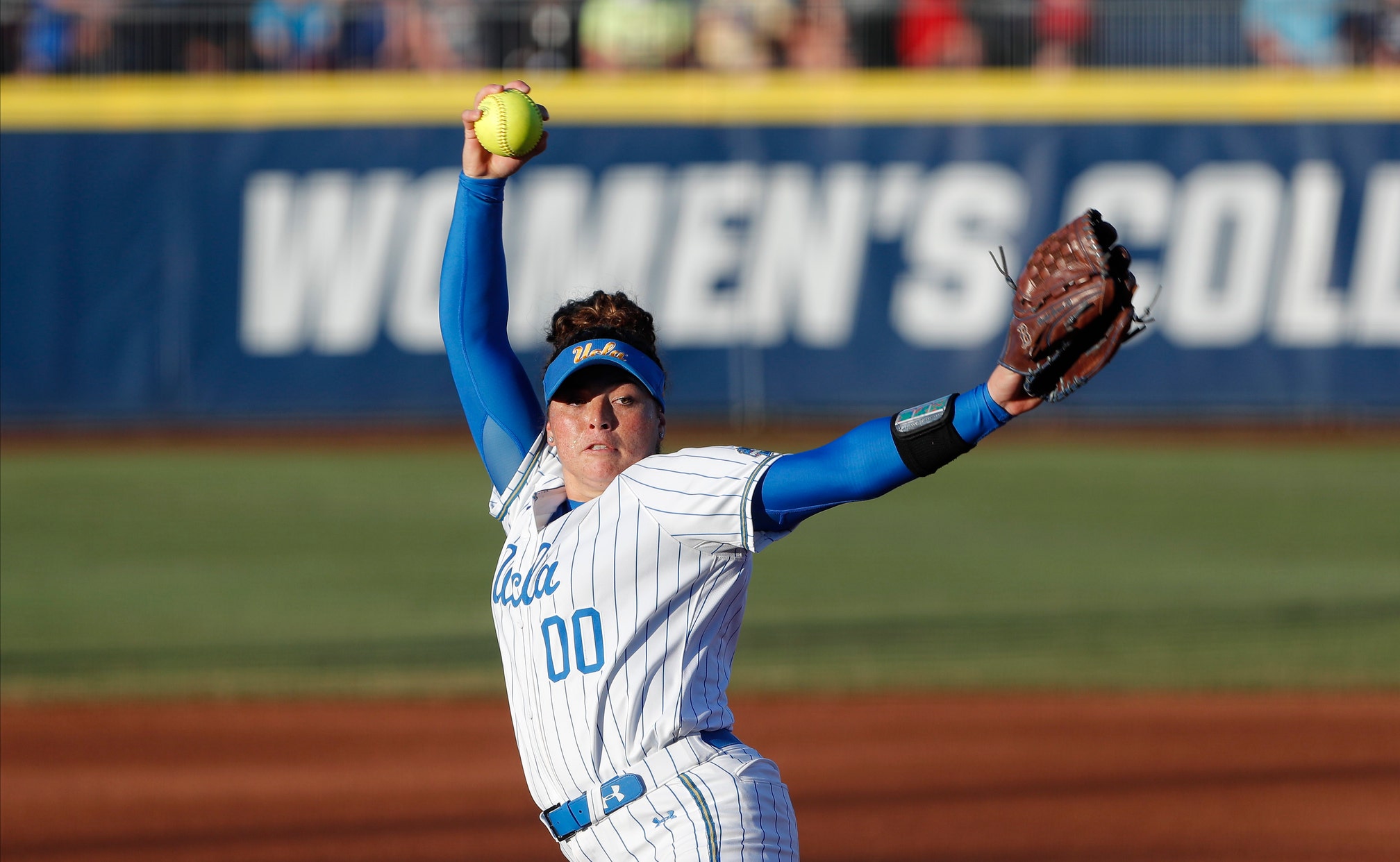 OKLAHOMA CITY (AP) — UCLA is back on top.

Kinsley Washington's RBI single in the bottom of the seventh inning lifted the Bruins past Oklahoma 5-4 on Tuesday night, and UCLA won the championship series 2-0.

It is the Bruins' 13th national title, 12th NCAA title and first championship since 2010.

"The history is as old as dirt," said UCLA coach Kelly Inouye-Perez, who has been with the program in some capacity for three decades. "I'm so proud to be a part of it, player, assistant, head coach. This is about the here and now. This is about UCLA softball in 2019. This team got on a mission."

Rachel Garcia was named the Most Outstanding Player of the World Series. She threw 179 pitches and hit a walk-off homer in the semifinal win over Washington on Sunday, then got the victory in Game 1 against Oklahoma on Monday. She gave up four runs and eight hits to earn the win in the clincher on Tuesday.

Brianna Tautalafua had three hits, and Washington and Aaliyah Jordan each had two for UCLA (56-6).

The Bruins rolled past the Sooners 16-3 in Game 1 on Monday and tied the record for most runs scored in a World Series game.

"Yesterday was kind of a game where you just kind of got to flush it, got to let it go," Oklahoma's Sydney Romero said. "I feel like we came out today, we bounced back, we gave it our all. I think that's all you could ever ask for. This team fought."

Shay Knighten hit a solo homer with two outs in the top of the seventh to tie score in her final collegiate at bat.

"It's just a little inside joke between all of us," Garcia said. "That was just like our thing this entire week, was that every run I gave up, I looked at my teammates and said, We're going to be okay, we'll punch back."

The Sooners (57-6) were trying to win their third title in four years, but they ran into Garcia, the USA Softball Collegiate Player of the Year.

"We played an unbelievable, outstanding team," Oklahoma coach Patty Gasso said. "They are solid top to bottom in their lineup. They've got a phenomenal pitcher on the mound. They're very well-coached. It was tough."

UCLA's Bubba Nickles and Briana Perez hit solo homers on Giselle "G'' Juarez's first four pitches. The Bruins loaded the bases after that, but Juarez escaped with just a 2-0 deficit.

"For me, it was just about fighting back, giving us a shot to get back in there," Juarez said. "They kept telling me, We got you. Like, We're on it. We're going to get it."

Jordan's solo shot in the third made it 3-1, but the Bruins left the bases loaded again.

In the fourth, Oklahoma's Nicole Mendes singled and later scored on a single by Falepolima Aviu. Lynnsie Elam's double scored pinch runner Raegan Rogers to tie the score. With runners on second and third with one out, Garcia intentially walked Romero to load the bases. Caleigh Clifton struck out, then Jocelyn Alo grounded out to end the threat.

Tautalafua's solo homer in the fifth put UCLA up 4-3. After Knighten's homer tied it, pinch-runner Jacqui Prober scored the game-winner on Washington's hit.

"Whatever it took, if it was a home run, a bunt, I didn't really care what it was," Washington said. "Just anything to get it done."