Ka'imi Fairbairn had two chances to make a game-winning field goal and he missed them both. But No. 8 UCLA had numerous chances to put the game against Utah but failed on multiple attempts, Saturday night at the Rose Bowl.

You can't blame Fairbairn and you can't completely blame the offensive line or quarterback Brett Hundley. The entire team bears the blame of 30-28 loss to Utah in a collectively lackluster effort.

"We all take responsibility for that loss," said head coach Jim Mora. "It doesn't matter if it was offense, the defense, special teams or the coaching. We have to figure out why."

Figuring out the "why" is a steep mountain to climb. There are far more questions than answers after Saturday's performance and it comes at an inopportune time.

With losses to several teams in the AP Top-10 Poll this week, this should have been the game where the Bruins came out and made a statement. This should have been the week for the Bruins to jump back into the national title contender conversation. But instead, UCLA (4-1, 1-1) is left to pick up the pieces of that shattered dream much like they had to pick up their quarterback after his 10th sack.

"Obviously, there was a lot of opportunity for us if we had capitalized on this opportunity, but we didn't," Hundley said. "We knew Utah was a great team and obviously, I give them all the credit for what they did tonight but we basically just shot ourselves in the foot. We didn't take them lightly at all, we just didn't seize the moment and capitalize on it."

Anytime Hundley dropped back for a deep read, the Utes had him grounded. They blitzed hard and often and keyed in on Hundley's every move.

The scary thing is, this is becoming routine with the Bruins. Hundley has been sacked more than any other active quarterback in the FBS and the Bruins have allowed 31 sacks on Hundley and two on Jerry Neuheisel this season. 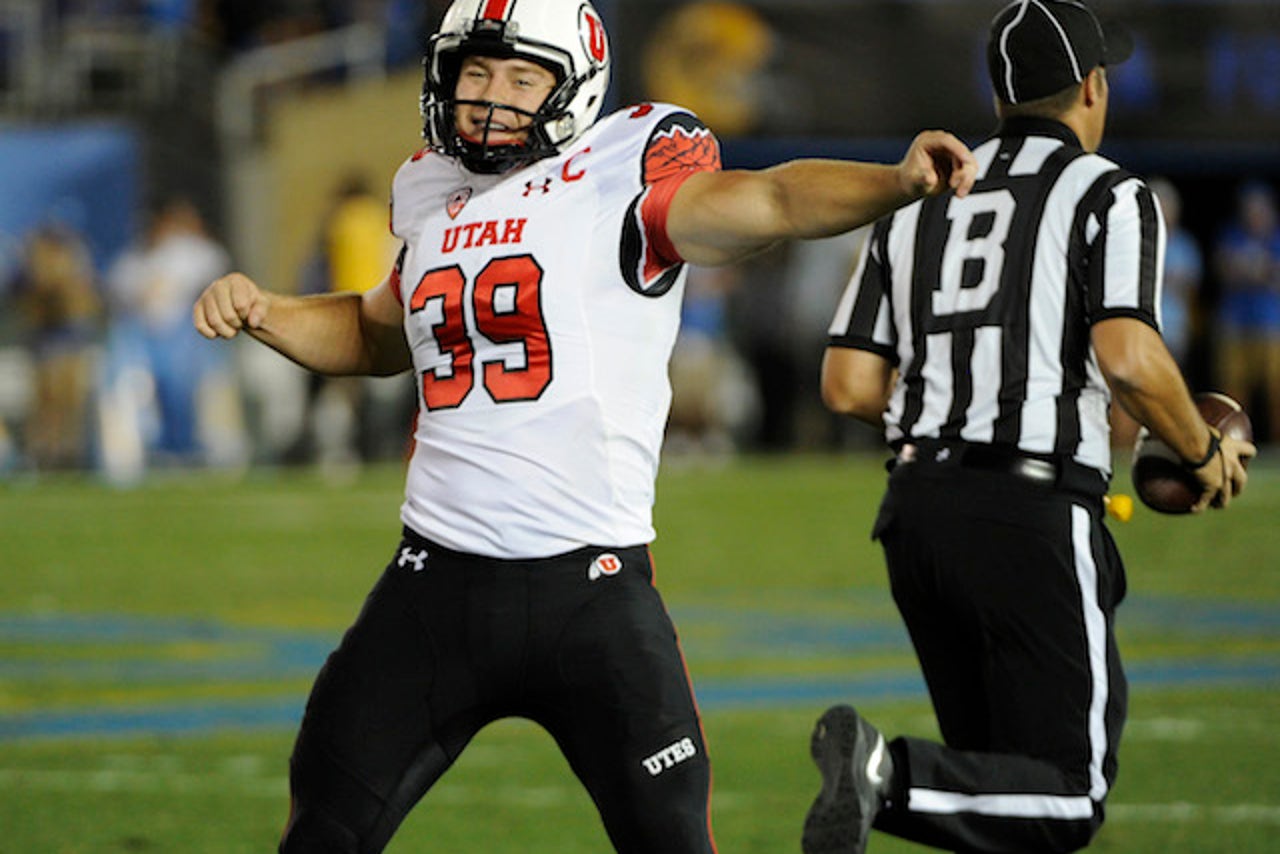 In one series, Hundley was sacked on three-straight plays. Only once did the Utes defensive linemen completely blow past Malcolm Bunche on that failed drive, it was Hundley that froze up and failed to make the reads.

"I take a lot on myself. I have to get the ball out of my hands," Hundley said. "Sometimes I have to change protections and once or twice I missed it. I take responsibility on that and we have to be better on that."

"I'll say it again and until the day that I die or get out of football: Sacks are a component of all 11 (players)," Mora said. "Sometimes it's a rush, sometimes you get beat and sometimes the quarterback holds it for too long. It's a function of all of those things."

There were a few perfect plays that came together: A 93-yard touchdown pass to Devin Fuller, a 40-yard touchdown pass less than two minutes after Utah scored in the fourth to put give UCLA its first lead of the game. They gained 342 yards of total offense.

But the offense had no rhythm right from the start of the game. Utah's blitz attack kept the Bruins at an inconsistent pace and the defense gave up 406 yards.

Finally, they had one last chance. A Hail Mary seemed appropriate only hours after one had been executed across town at USC but Mora brought out Fairbairn, a model of inconsistency himself. The junior kicked from 55 and 50 - two distances he has never made in a game before - and missed them both.

But he didn't cost UCLA the game, UCLA cost itself the game.