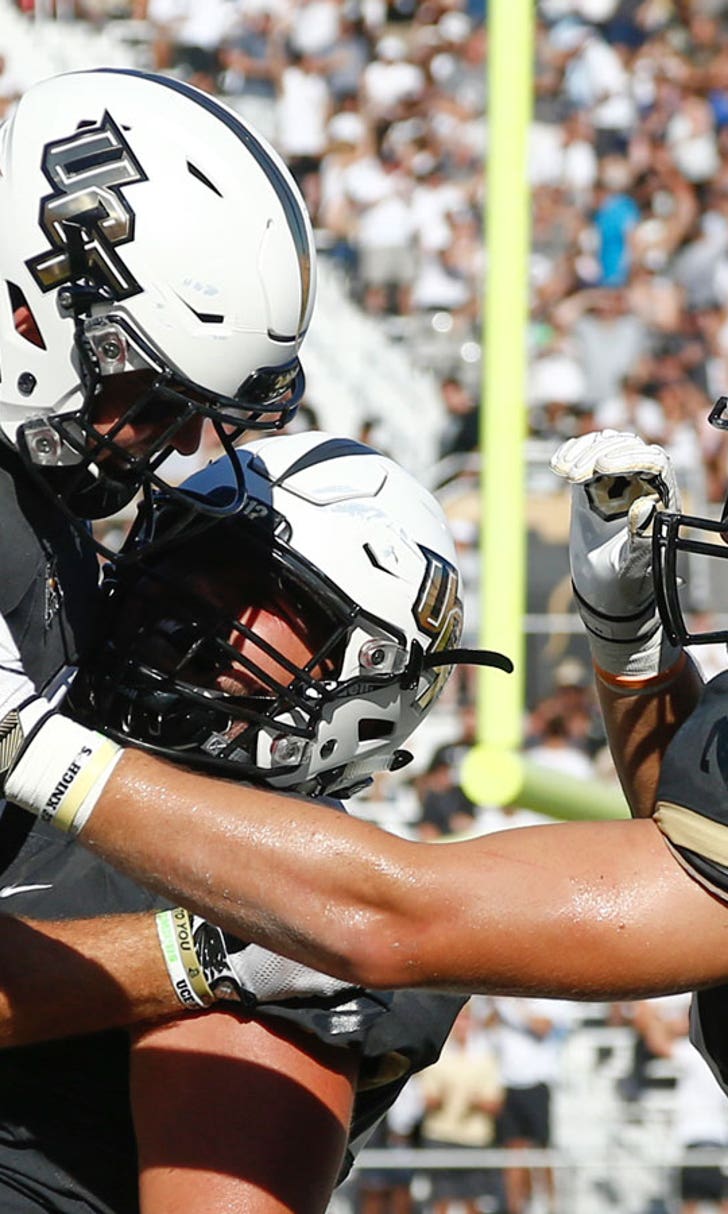 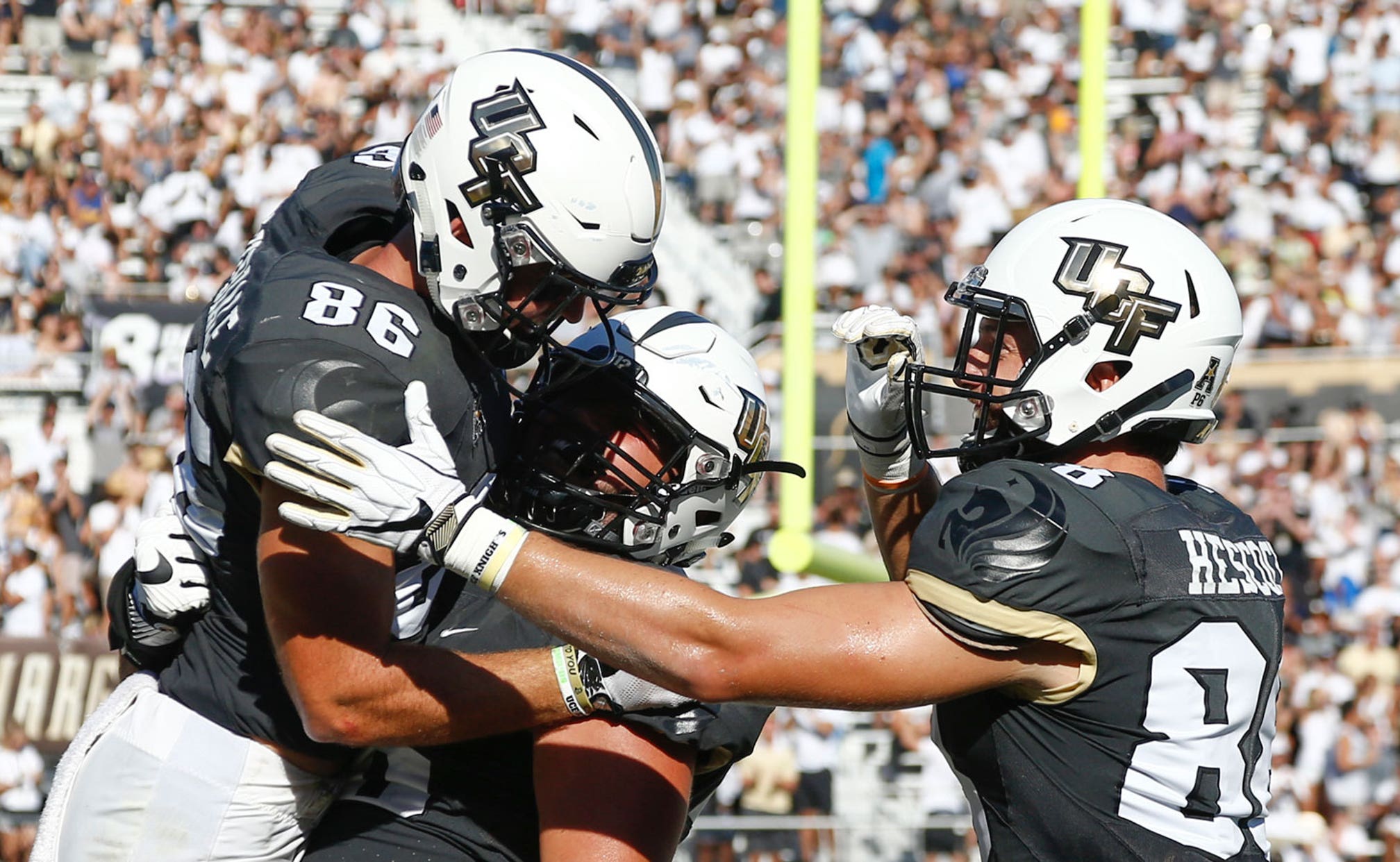 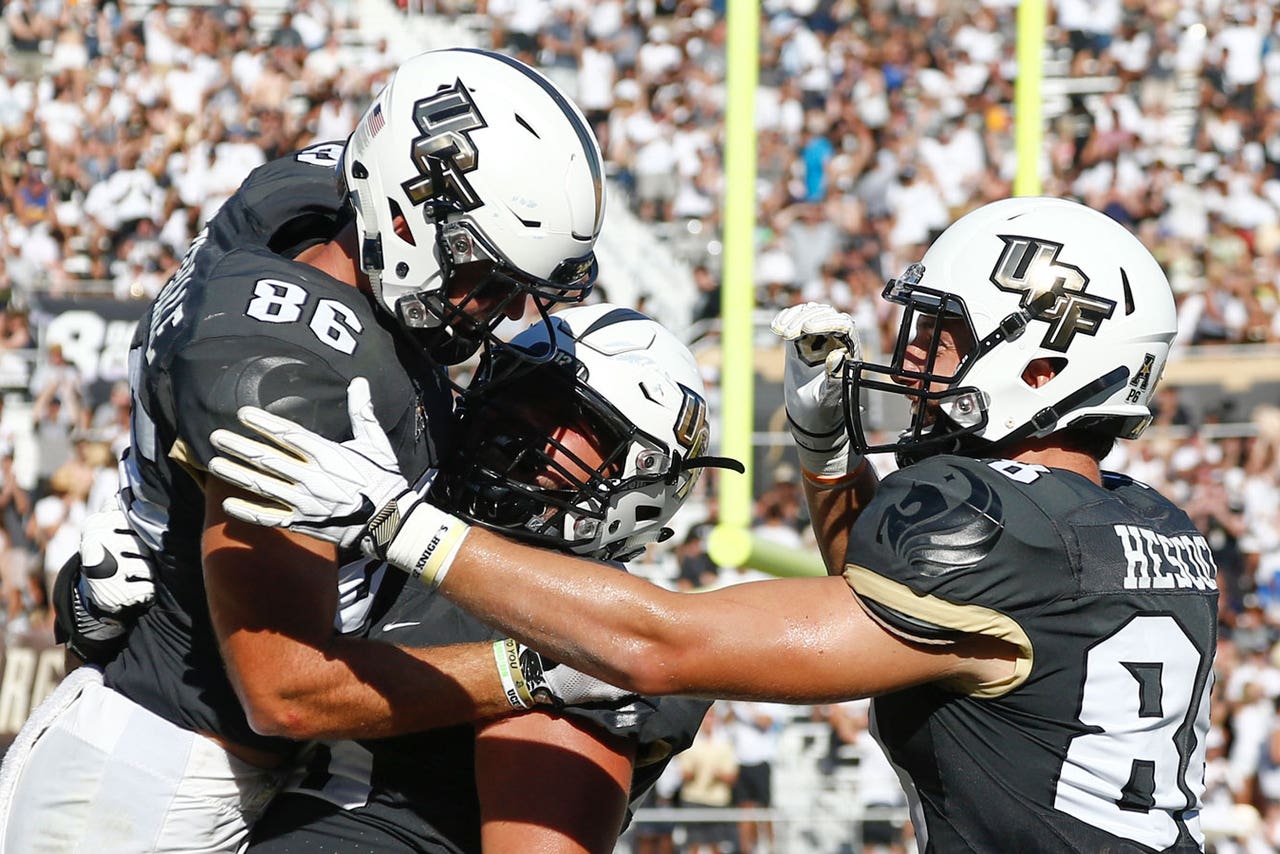 After winning top-10 matchups, Ohio State moved up to No. 3 and Notre Dame rose to No. 6 in The Associated Press college football poll. For the second straight week, there was major turnover at the bottom of the Top 25.

No. 1 Alabama and Georgia maintained the top two spots in the media ranking . The Crimson Tide received 58 first-place votes on Sunday. Ohio State moved past Clemson after rallying in the fourth quarter at Penn State. Clemson slipped to No. 4 after a close victory at home against Syracuse. The Buckeyes and Tigers each received a first-place vote.

LSU held steady at No. 5 and Notre Dame moved up two spots after beating Stanford. Oklahoma fell to No. 7 and No. 9 West Virginia returned to the top 10 for the first time since 2012, when it reached No. 5 early in the season. Washington also moved into the top 10 after routing BYU.

The UCF Knights moved up one spot to No. 12 after running its win streak to 17 with a win over Pitt. Miami dropped to No. 17 despite a dominating home win over UNC on Thursday night.

The teams at the bottom of last week's ranking did not fare well. Nos. 22-24 all lost and were dumped by voters.

— BYU dropped out after getting blown out by Washington.

— Duke lost for the first time this season and is out after one week.

— Mississippi State lost its second straight game and is unranked for the first time this season.

— California and Texas Tech both had one-week stays in the ranking after each lost Saturday at home.

— No. 21 Colorado is the only unbeaten team left in the Pac-12. The Buffaloes are ranked for the first time since the final 2016 poll.

— No. 22 Florida is back in. Suddenly, losing at No. 13 Kentucky doesn't seem so bad for the Gators.

— No. 23 North Carolina State is ranked for the first time this year after finishing in the Top 25 last season.

— No. 24 Virginia Tech and No. 25 Oklahoma State are back in the ranking after one week out.

There were only 60 votes in this week's poll instead of the usual 61.

For the third straight week, the Southeastern Conference has the top two teams, though Ohio State is only 10 points behind Georgia.

No. 5 LSU at No. 22 Florida. Gators will be the third ranked opponent already for the Tigers.

No. 6 Notre Dame at No. 24 Virginia Tech. First trip to Blacksburg, Virginia, for the Fighting Irish.

No. 7 Oklahoma vs. No. 19 Texas in Dallas. The first time since 2012 the Red River Rivalry features two ranked teams. Don't blame the Sooners. The Longhorns have not been ranked in any of the games while OU has.