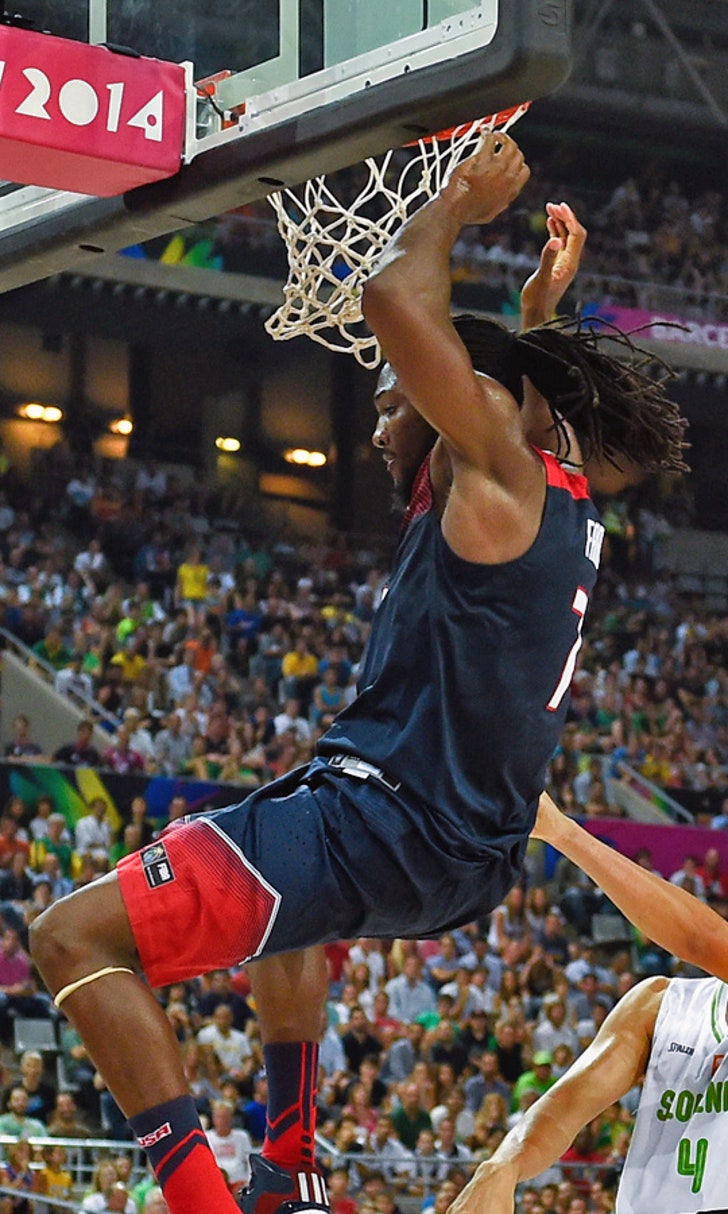 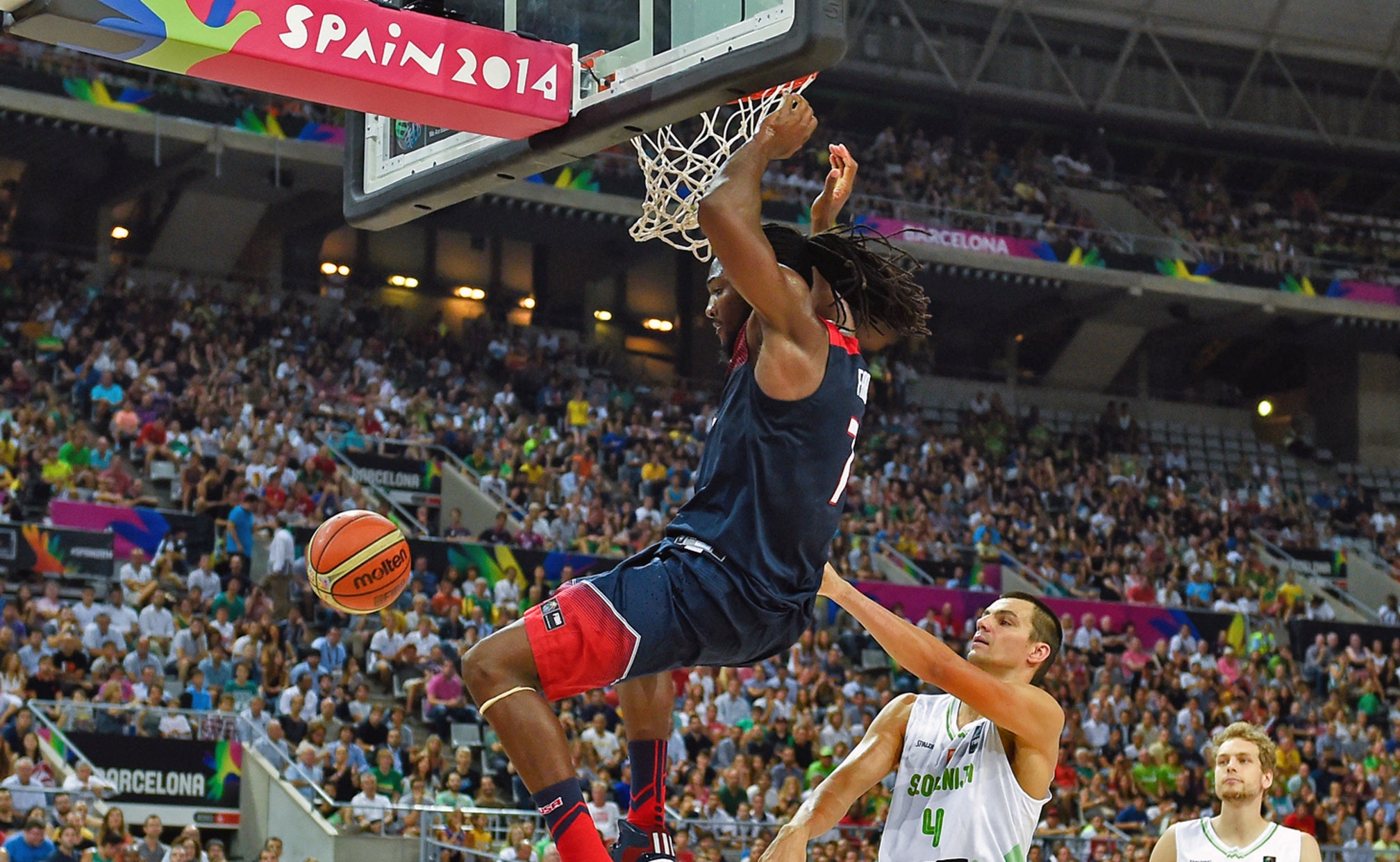 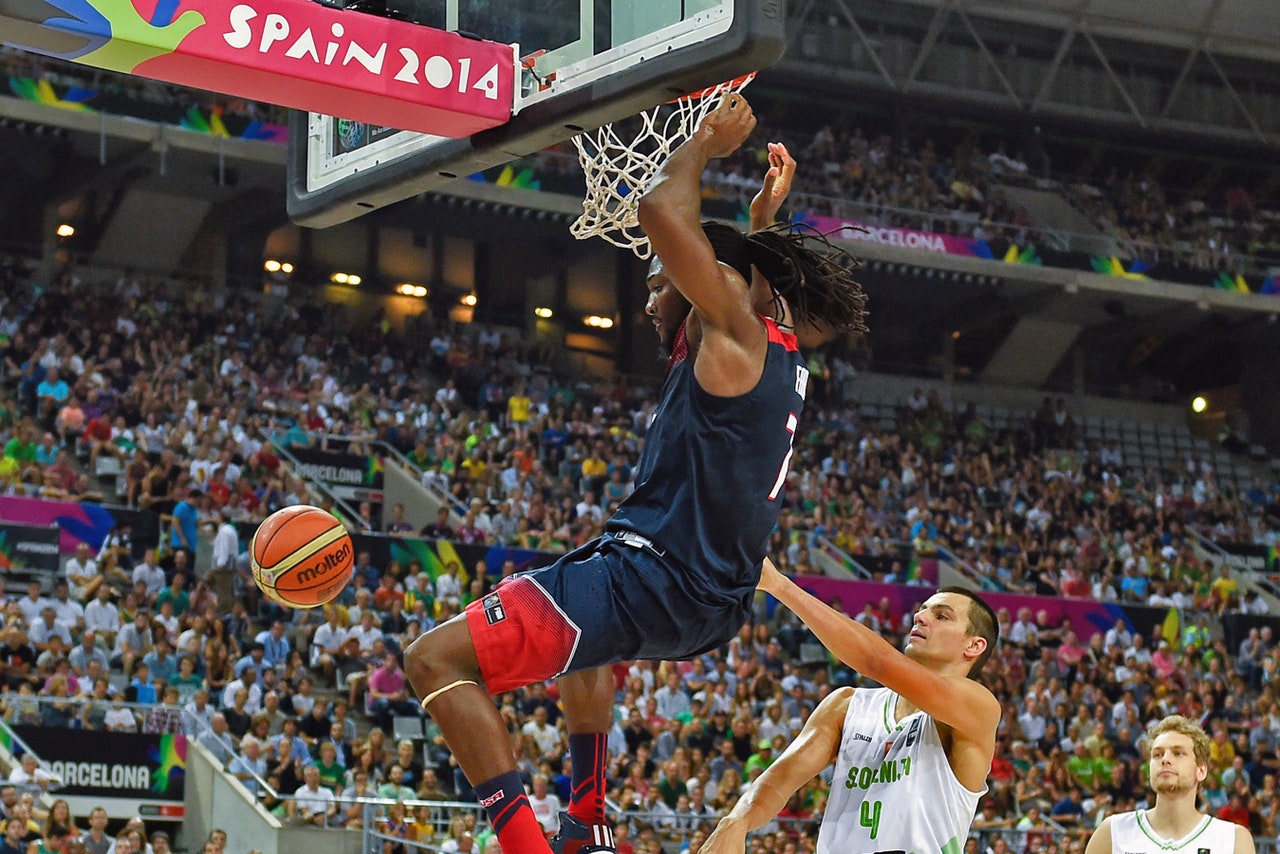 Lithuania will have another chance to upset the United States after the two teams set up a semifinal rematch at the Basketball World Cup.

Renaldas Seibutis scored 11 of his 19 points in the fourth quarter and Lithuania outshot Turkey from behind the 3-point line to win their quarterfinal 73-61 on Tuesday.

The U.S. then turned a seven-point halftime lead into a 119-76 blowout of Slovenia as six Americans scored 12 or more points, led by Klay Thompson's 20.

Thursday's semifinal at Palau Sant Jordi will be a rematch of the 2010 meeting when a Kevin Durant-led U.S. beat Lithuania 89-74 en route to taking the world title.

"Everybody counts on that USA is the favourite, but we would have to give a fight against them for the semifinal," said Lithuania forward Jonas Maciulis. "We have to fight and seize the chance to play the final."

A game featuring two NBA big men in Lithuania's Jonas Valanciunas and Turkey's Omer Asik was decided from beyond the arc.

Turkey had needed two last-minute 3s by Emir Preldzic to overcome a five-point deficit and stun Australia in the round of 16. But the Turks only shot 3-of-18 from long range against a Lithuania team that made 10-of-19.

As Lithuania coach Kazlauskas put it: "All Lithuanians can shoot. Me too."

"They were concentrating on the inside so we had a lot of space on the perimeter," Kazlauskas added.

Asik started strong for Turkey with six of his 11 points in the opening period to help build an early 14-6 lead. But the New Orleans Pelicans center was limited by fouls as the game wore on and Turkey's guards lost their shooting touch. Preldzic looked set for another big night when he made his first three baskets, only to manage just four more points.

The Toronto Raptors center finished with 12 points and a game-high 13 rebounds, after several bruising battles with Asik in the low post. One no-call on what he deemed a foul earned Valanciunas a technical for protesting. After cooling down on the bench he returned to help Lithuania dominate the final quarter when its shots started to fall.

"For most of these games we managed to make a comeback," said Turkey guard Sinan Guler. "But today, if we compare the 3-point percentages it shows how the game went. That took us out of our rhythm and at the end not making our shots brought the result of the game."

The Americans' outside scorers also struggled early as James Harden Stephen Curry combined to miss all 12 shots they took in the first half.

No matter. The U.S. was still ahead on the strength of its offensive rebounding and its defense.

The U.S. fueled its eventual rout with a 53-38 advantage on the boards, including a 23-12 edge on the offensive glass. It also scored 40 points off turnovers to 10 for Slovenia.

"Under the basket we lost the battle from the very first second," Slovenia coach Jure Zdoc said.

Kenneth Faried set the tone on the boards as it took the U.S. less than 90 seconds to pull in its first five rebounds.

Harden exploded for 14 points as the second half turned into a series of breakaway dunks for the Americans that delighted the crowd, except the large swath of Slovenian fans in their chartreuse shirts.

"We just stayed with it and the flood gates opened in the second half," U.S. coach Mike Krzyzewski said.

On Wednesday, Spain plays France while Brazil faces Serbia in the other quarterfinals on the Madrid side of the bracket.