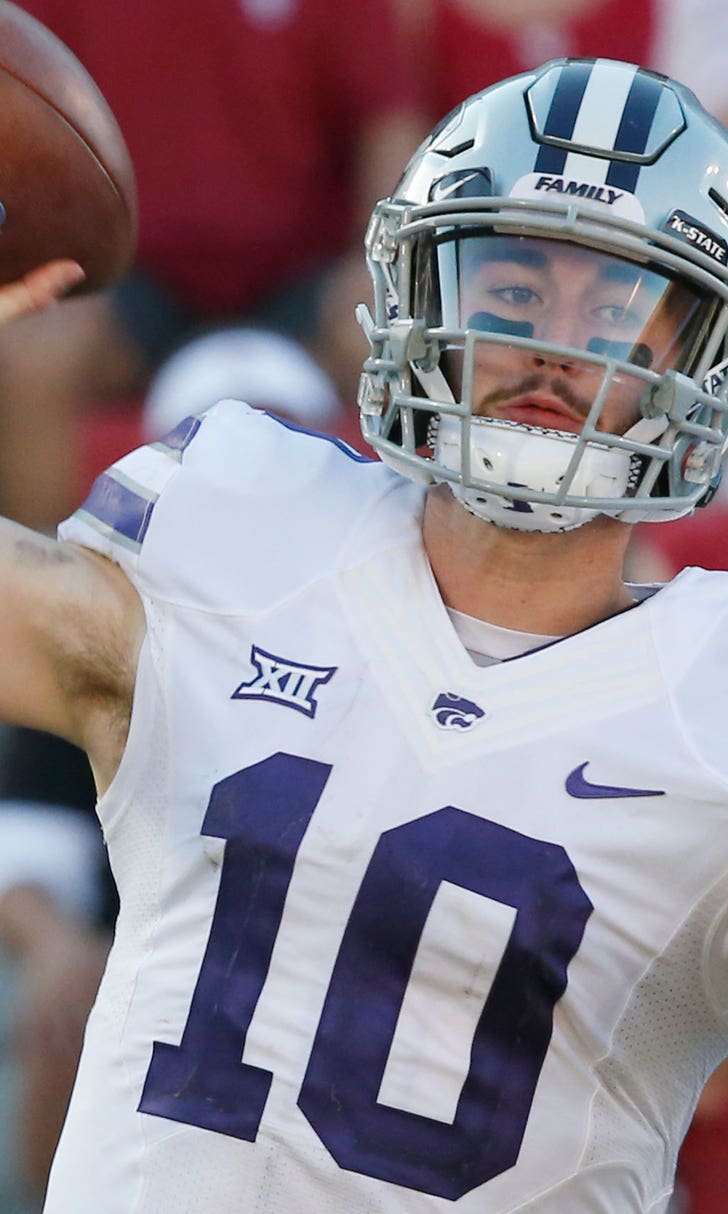 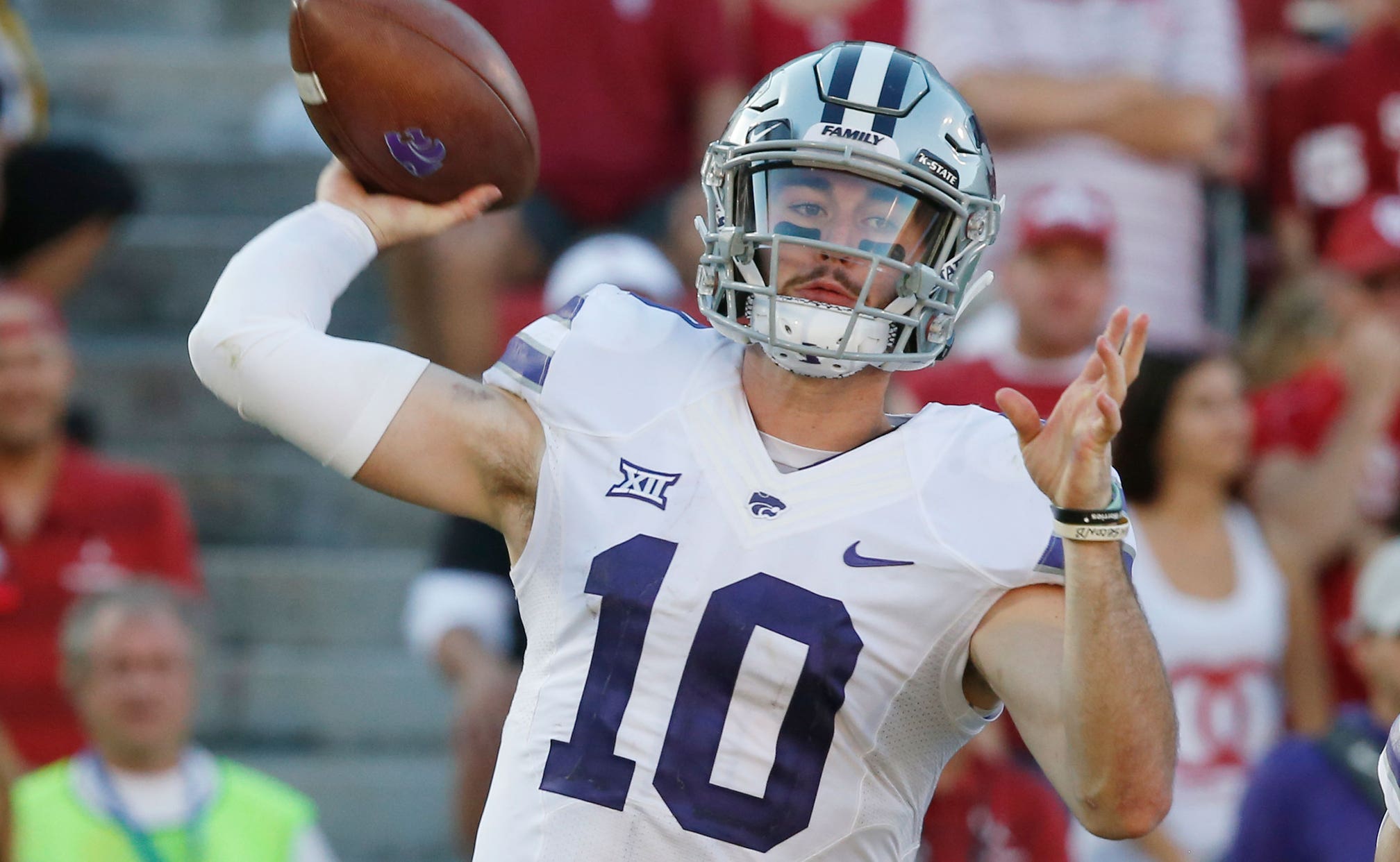 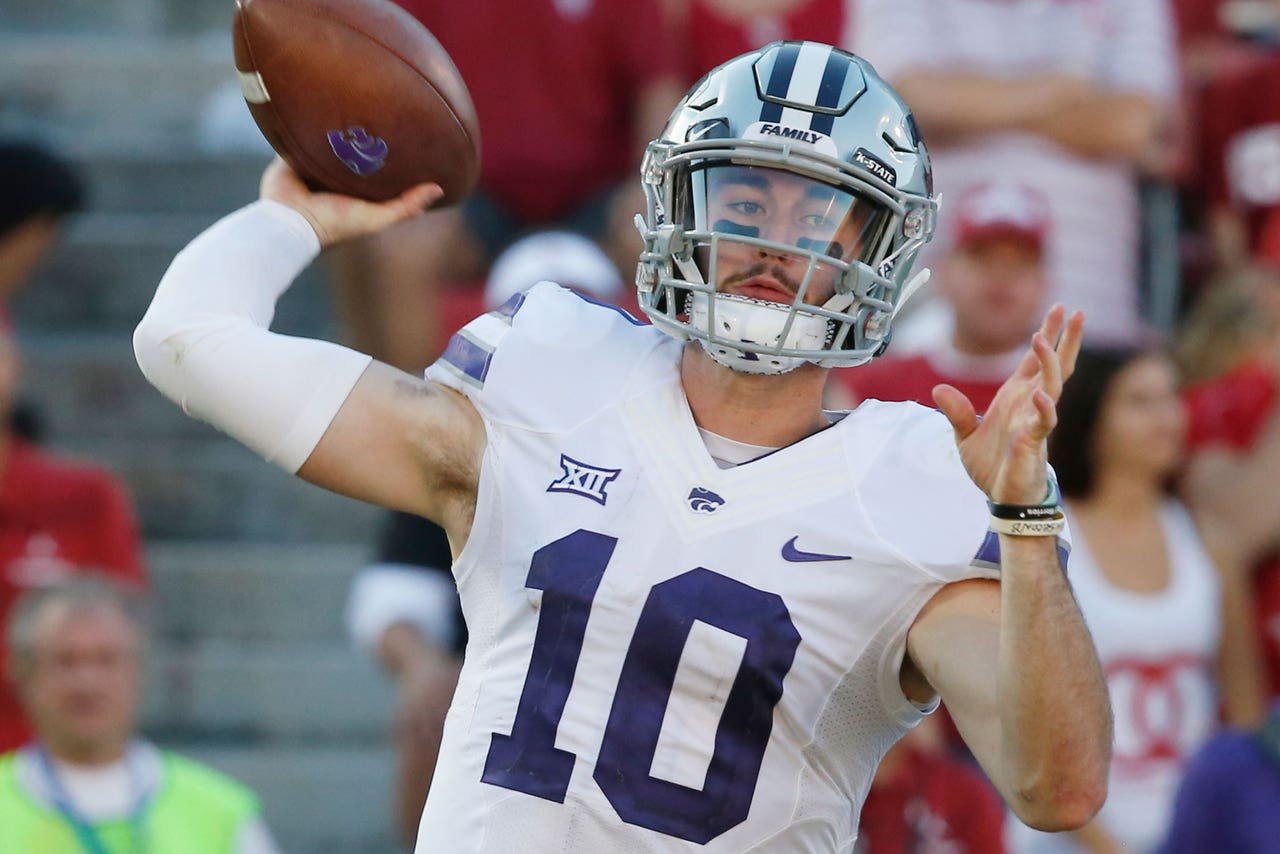 MANHATTAN, Kan. — Skylar Thompson has spent much of the past two seasons at Kansas State in the training room, using most of his free time between starts to nurse a variety of nagging injuries.

That doesn't include the whiplash, either.

Thompson was thrust onto the field, then yanked right off, so often under longtime coach Bill Snyder that he often never knew whether he was coming or going. It wasn't a knock on Thompson so much as the desire to use backup Alex Delton's own considerable skills in a two-headed attack.

When Snyder retired after last season, it set off a chain of events that have left the junior signal-caller feeling more confident than ever. The Wildcats hired successful North Dakota State coach Chris Klieman, whose offense better suits Thompson's skills. Then Klieman anointed Thompson the clear-cut starter, ultimately resulting in Delton's transfer to Big 12 rival TCU.

Now there is no question whether Thompson will be under center when the Wildcats open the season against Nicholls State on Aug. 31. Nor is there any doubt he'll be there the rest of the year, health permitting.

"I've always been the type of kid to just work as hard as I can and control the things I can control, and the rest will take care of itself," Thompson told The Associated Press. "That's how my family raised me, my dad raised me. And last year I felt like I was doing that. I was playing well. It still wasn't good enough at times. That really hit me upside the head."

The anguish that Thompson went through carried off the field, too. He was often miserable when the alarm rang for practice or a film session, the joy he had experienced while starting for three seasons at Fort Osage High School seemingly growing dimmer by the day.

That might be hard for some people to accept.

Snyder has mythical status at Kansas State, not only building a powerhouse from nothing but then returning it to the top tier after a brief retirement. In the minds of many fans, the silver-haired fox could do no wrong — not with players, not with schemes, not with the program.

Thompson doesn't want his own issues to reflect negatively on Snyder, either. He is grateful for his opportunities at Kansas State, even if they were accompanied by struggles.

"It was hard for me to take, and really grasp," he said. "But whenever you go through an adverse time, like last year — not making a bowl game, fighting through injuries, just one thing after another — I shouldered it and handled it, and now I'm in a position where I learned from it."

Thompson was quick to pick up new offensive coordinator Courtney Messingham's system, in part because he could focus on himself rather than someone breathing down his neck. That, in turn, has allowed him to help the rest of the offense.

"Skylar is very confident," Klieman said, "and in the same respect very humble. He's scratching the surface of what he's going to learn in this system, and his skill set is going to develop.

"He wants to get better," Klieman added. "He has no problem if you challenge him."

Despite a rollercoaster ride his first two seasons, Thompson has managed to etch his name in plenty of school record books. He is fifth in career completion percentage at nearly 60%, and he is the second quarterback with at least 2,000 yards passing by the end of his sophomore season.

"I think the game is slowing down, and has slowed down for him," said quarterbacks coach Collin Klein, himself a Heisman Trophy finalist under Snyder. "Just his understanding of schemes and defensive recognition has come a long way, and that's allowed him to play fast and be pretty decisive."

Those traits are also borne of his newfound self-confidence.

"I feel so much more free," Thompson said. "I think as hard as the last couple of years were, I'm so thankful I went through some tough times and adversity. I think that really challenged me and made me better and I really grew from that. It's a feeling of, 'I've gone through a lot to get to this spot now, and I'm not going to let anybody take it from me.'"