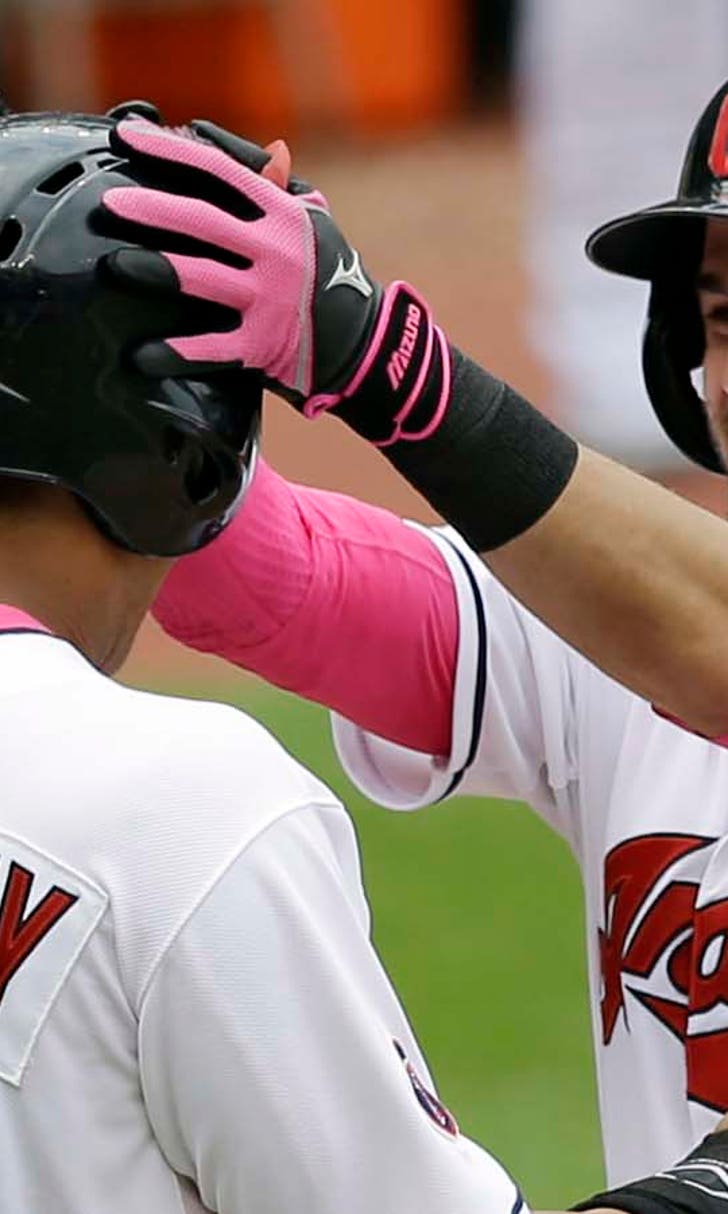 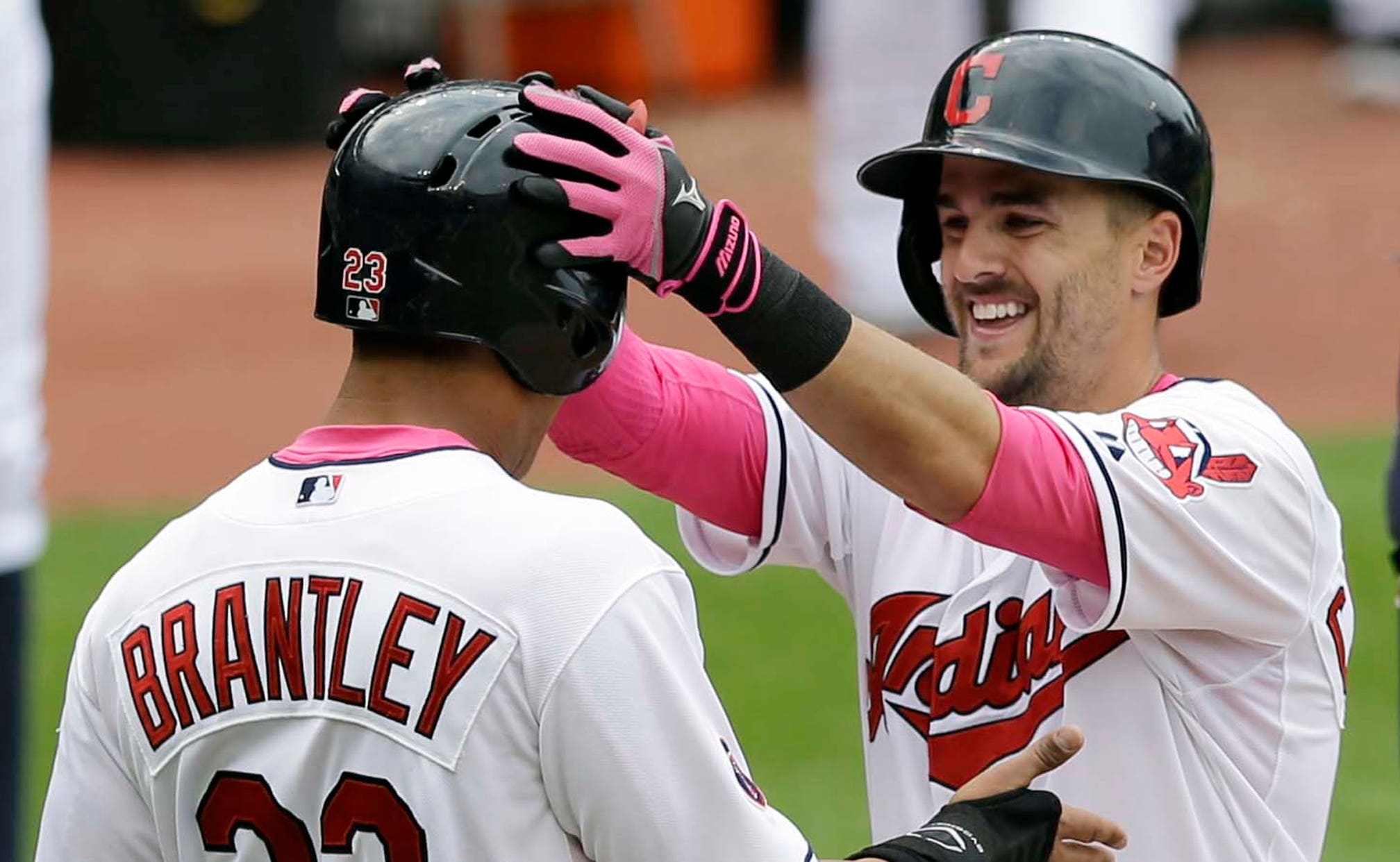 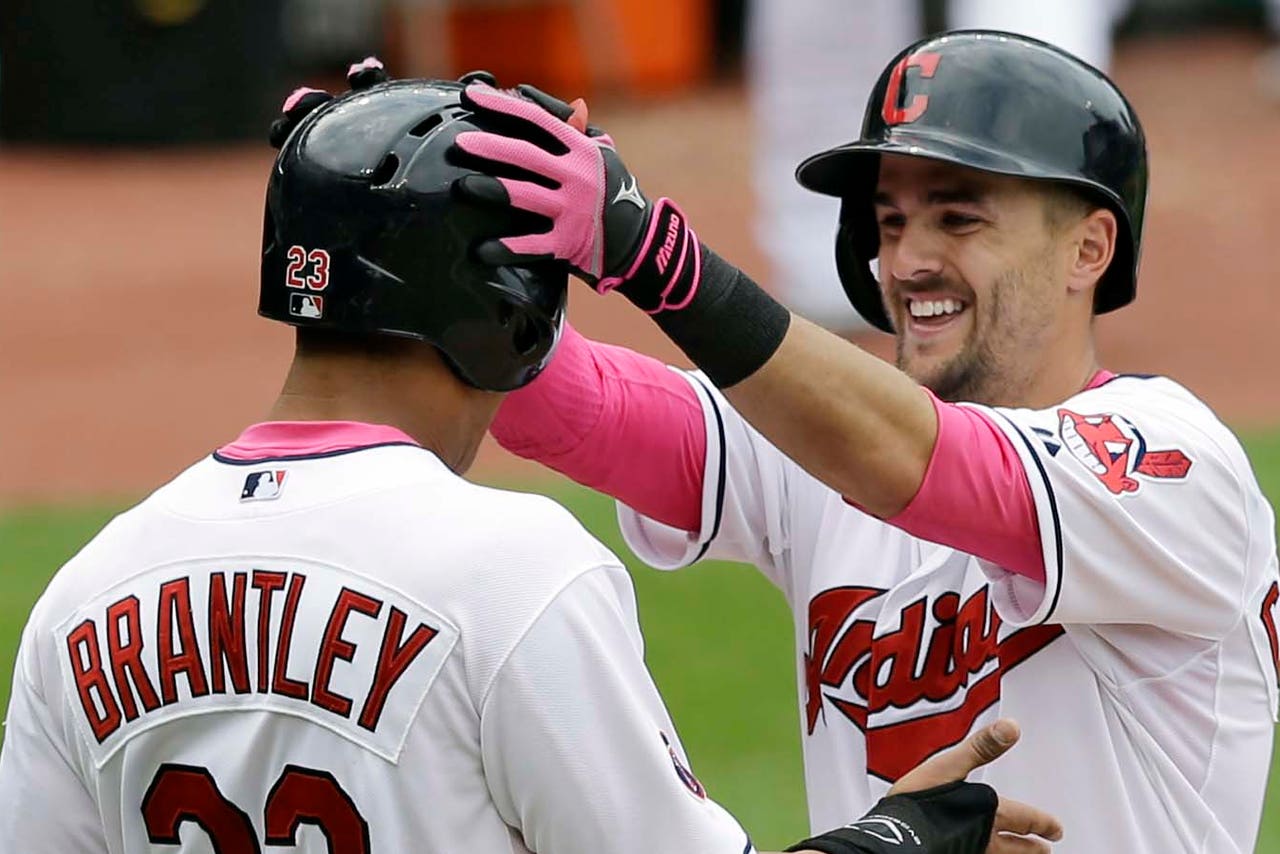 CLEVELAND (AP) -- The first batter of the game didn't go well for Danny Salazar. The rest of the day certainly did.

Salazar retired 21 straight hitters after allowing a leadoff home run, and the Cleveland Indians defeated the Minnesota Twins 8-2 on Sunday.

"I think he got upset with himself and you saw what happened," Francona said. "He really kicked it in gear."

Salazar (4-1) was in complete command after giving up Dozier's drive, the only hit he allowed. The right-hander matched his career high with 11 strikeouts, including six in a row, and didn't walk a batter in seven innings.

Lonnie Chisenhall hit a three-run homer in the fifth, when Cleveland broke it open by scoring five times.

Salazar said he stayed cool and calm after the home run.

"Not much," he said when asked what was going through his mind at the time. "It was a bad pitch. I try to be aggressive every pitch. I tried to stay at the same pace."

Salazar was removed after 102 pitches. He struck out the side in the fifth and sixth.

Carlos Santana drove in three runs, Jason Kipnis had three hits and two RBI, and David Murphy was 4 for 4 for Cleveland.

Minnesota had its four-game winning streak snapped and lost for only the second time in 11 games. The Twins are 17-8 since April 13.

A trio of Cleveland pitchers combined for 16 strikeouts in a two-hitter. Zach McAllister struck out three in the eighth. Cody Allen fanned two in the ninth and gave up Joe Mauer's RBI single.

The 25-year-old Salazar is showing signs of the pitcher who helped the Indians make the playoffs in 2013 and started the wild-card game against Tampa Bay. He struggled last season and began this year in the minors, but has been dominant since getting called up April 18.

Salazar has struck out 48 in 33 innings, and the Indians are 5-1 in games he's started. He was well aware he struck out six straight in the fifth and sixth.

"Oh yeah, nobody got on base," Salazar said with a laugh.

Francona was pleased Salazar didn't walk anyone and worked ahead in the count the entire game.

Twins manager Paul Molitor was impressed with how Salazar handled Minnesota's lineup, which roughed up Cleveland's pitching staff during the first two games of the series.

"He kind of cruised," Molitor said. "Velocity seemed to pick up -- he was throwing harder at the end than he was in the beginning. His changeup was disappearing, especially on the left-handed hitters. He was tough, no doubt about that."

Lineup change: Chisenhall batted cleanup for the first time this season. Zach Walters started at shortstop for Cleveland in place of slumping Jose Ramirez, who is batting .173.

Up next: Minnesota is off Monday and will open a three-game series in Detroit on Tuesday. RHP Kyle Gibson, who pitched six scoreless innings in his last start, will go for the Twins. He hasn't given up a run in 17 1/3 innings.