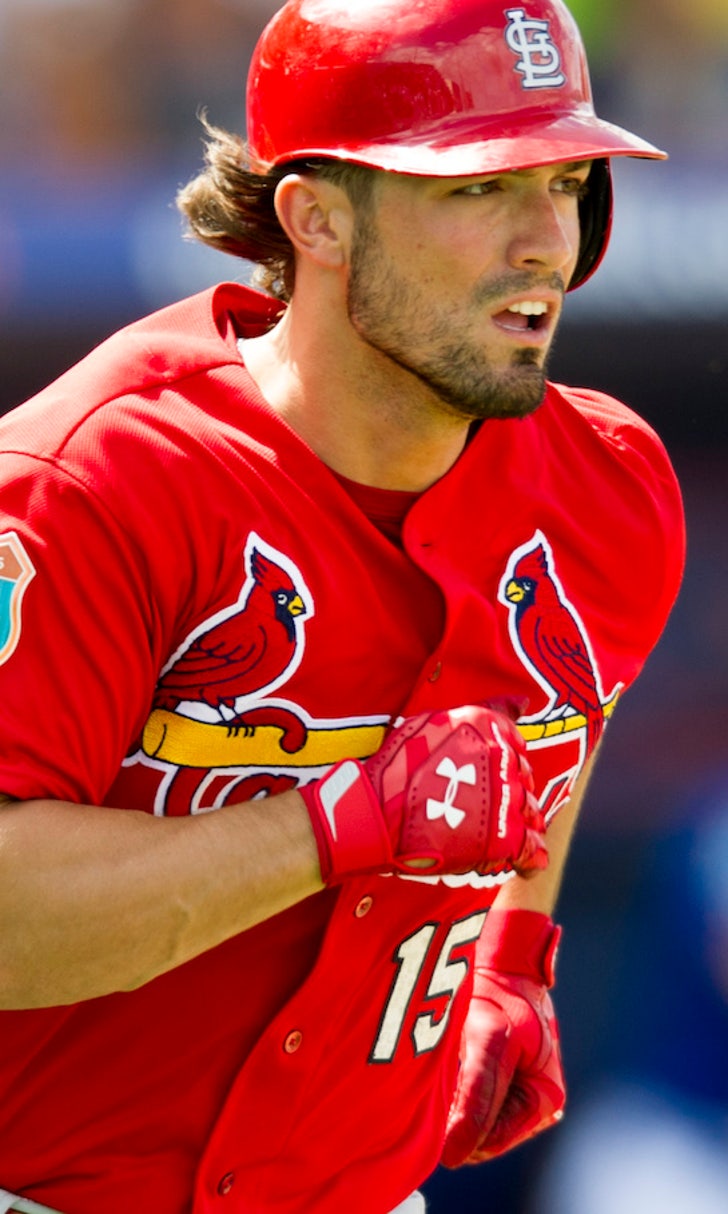 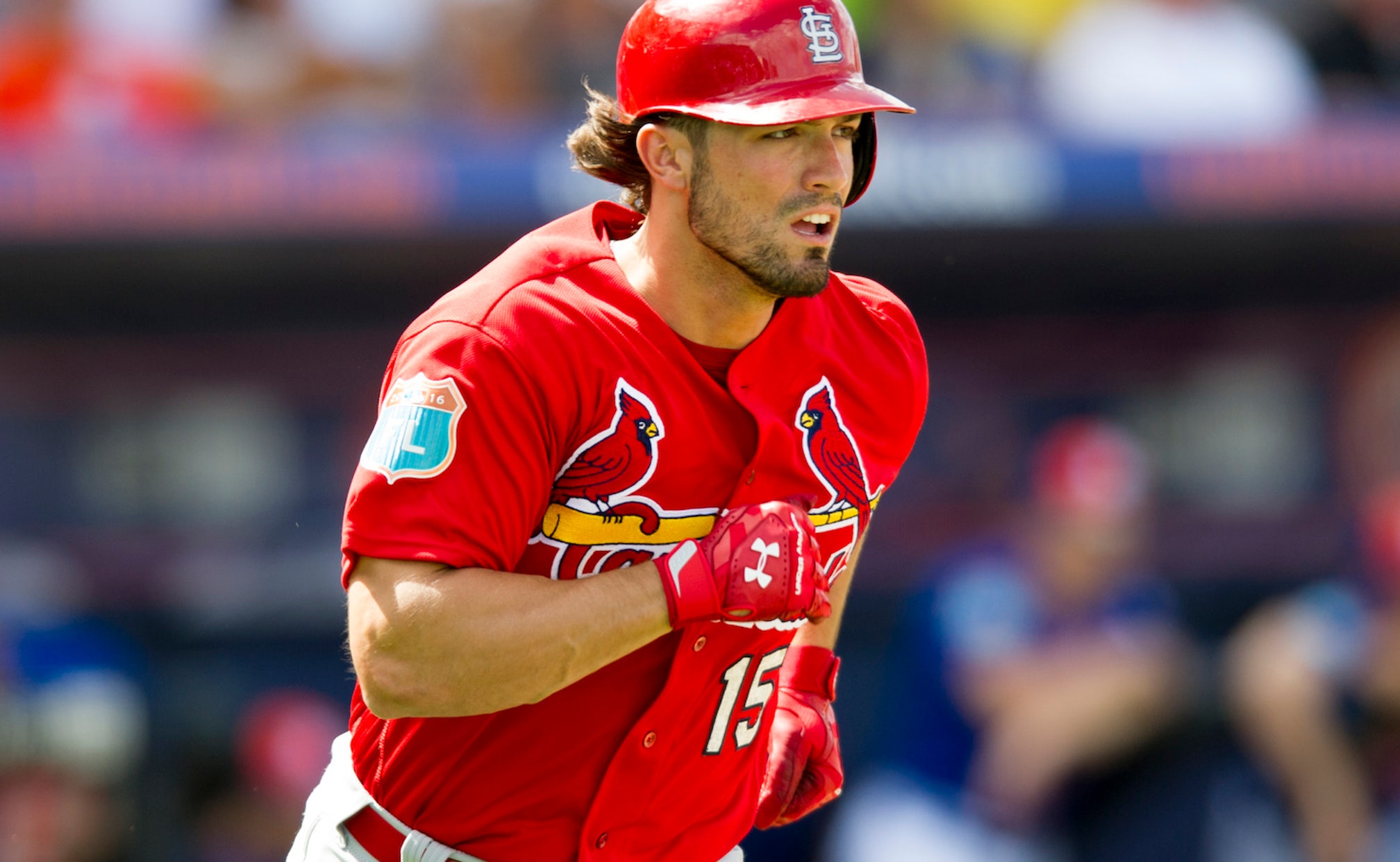 Twice as nice: Cards win 14-9 over Mets and 4-3 over Astros in split squad play 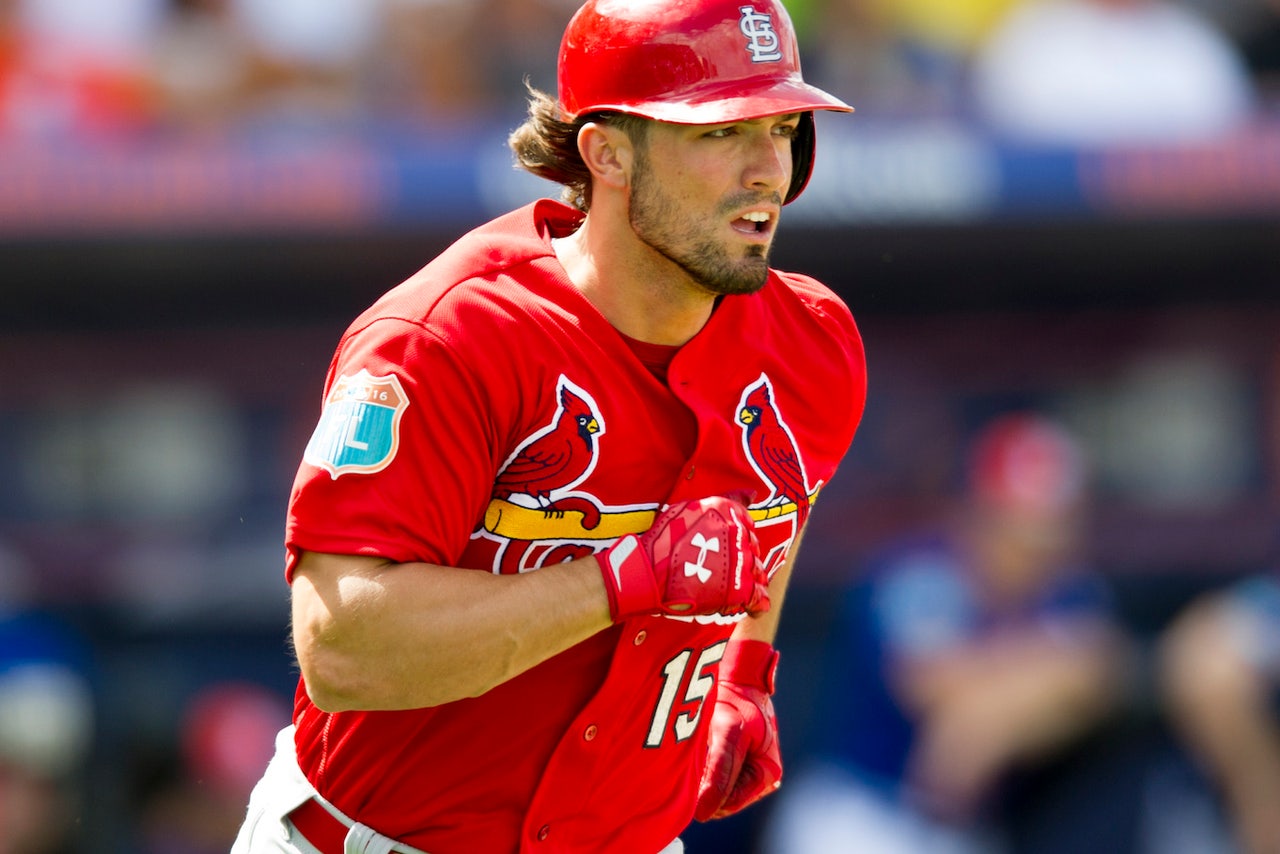 PORT ST. LUCIE/JUPITER, Fla. -- Why settle for one win when you can bring home two?

The St. Louis Cardinals enjoyed victories in both their split squad games Saturday, beating the Astros 4-3 in Jupiter and routing the Mets 14-9 in Port St. Lucie.

Mike Fiers worked three perfect innings for the Astros split squad in a 4-3 loss to the Cardinals split squad.

"Every time out is a chance for me to prove myself to this team and to this coaching staff and show them that I can be one of the five starters," Fiers said. "Every good time out just helps my cause. I'm just focusing on myself."

Non-roster invitee Danny Worth homered and had an RBI double off Cardinals starter Adam Wainwright in his first two trips to the plate. They were his first two RBIs of the spring.

"When you throw the ball in the middle of the plate, you're going to get punished for it," Wainwright said. "He made a couple good swings on me today. Good little player."

They accounted for both runs off Wainwright, who worked four innings and gave up four hits.

Fiers struck out four and has thrown five scoreless innings in two outings. Astros starters have a 1.73 ERA this spring.

Tommy Pham lined a homer off A.J. Reed in the ninth to tie it and St. Louis scored the winning run on a throwing error with the bases loaded, with pinch hitter Harrison Bader getting the RBI.

"I didn't see it, I just knew off the bat it was gone," Pham said. "It's good to square the ball up in spring training."

Astros: Fiers has worked five scoreless innings this spring. He has been tough on the Cardinals, going 3-2 with a 1.45 ERA for his career. He was 7-10 with a 3.69 ERA last year with Milwaukee and Houston.

"I've faced them a bunch of times, so I know they can hurt you pretty quick," Fiers said. "But for me I was just trying to throw a bunch of strikes, get in situations and get out of them, really."

Cardinals: Wainwright threw 52 pitches, doubling the innings from his first spring start. He was happy with his overall outing, including four straight defensive plays in the first and second.

"I haven't thought about my leg at all," said Wainwright, sidelined most of last season with a torn left Achilles. "I got done running sprints and my legs felt great, so I can't complain at all."

Astros: An MRI on RHP Lance McCullers' shoulder showed no damage and he'll get a few days of rest.

Cardinals: C Yadier Molina is getting two days off after playing five innings on Friday, his second outing of the spring.

The Astros have hit 17 homers, among the best in the majors.

Carson Kelly and Jacob Wilson also homered for the Cardinals. Kevin Plawecki hit a two-run home run for the Mets.

Mets reliever Stolmy Pimentel was ejected after hitting two Cardinals in a span of three hitters. Pimentel gave up four runs in a third of an inning, including a pair of home runs.

Cardinals: Lyons made eight starts for St. Louis last season, but it's possible he will not make another start this spring.

"It will be a little more difficult after today," manager Mike Matheny said. "If someone needs a day for whatever reason, we can throw him in there. That's kind of how we went in to this spring -- wanting everyone to compete, but realizing we have some good options of guys who could step in for us."

"The location, I thought I was throwing it where I wanted to, but the hitters were able to get one above me," Colon said through an translator. "They took advantage."

"I don't think so, I think he had given up some big hits and was just erratic," Piscotty said. "I'm pretty relieved how it feels after the way it felt when I got hit."

Pimentel was ejected after hitting Piscotty and Jonathan Rodriguez in the sixth inning. After giving up a home run to Carson Kelly and a double to Kolten Wong, Pimentel hit Piscotty. Grichuk followed with a two-run home run and Pimentel then hit Rodriguez, the next batter. Home plate umpire Angel Hernandez immediately tossed Pimentel.

"I don't think anybody throws at anybody (in spring training) -- especially when the wind is galing out to left field," Collins said. "You give up a fly ball and a home run, I don't think you throw at anybody for that on purpose. He hit (Rodriguez) with a changeup. I don't think that was intentional."

GET ON THE BUS

"We do a pretty good job of taking care of the majority of the veteran guys," Matheny said. "They don't do a lot of travel. When we ask, when we need them, there's some give and take."

The Mets play five of their next six games away from Port St. Lucie.

Cardinals: RHP Michael Wacha starts for the Cardinals against RHP Max Scherzer and the Nationals in Viera on Sunday.