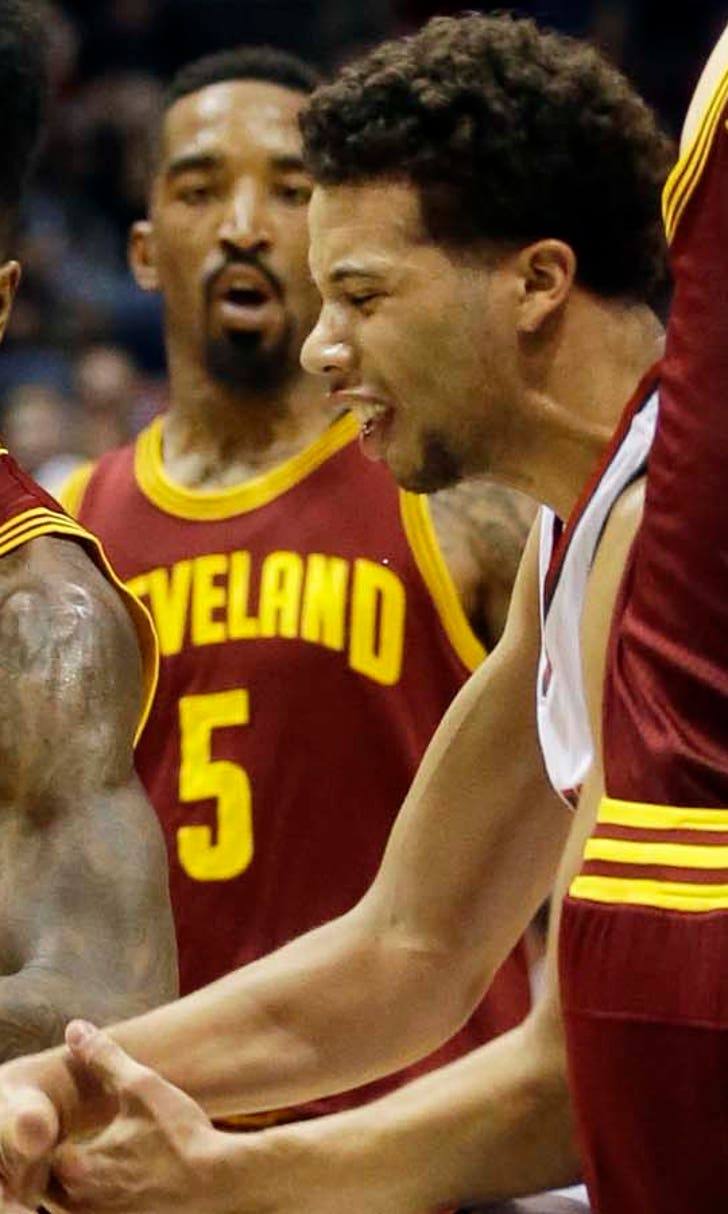 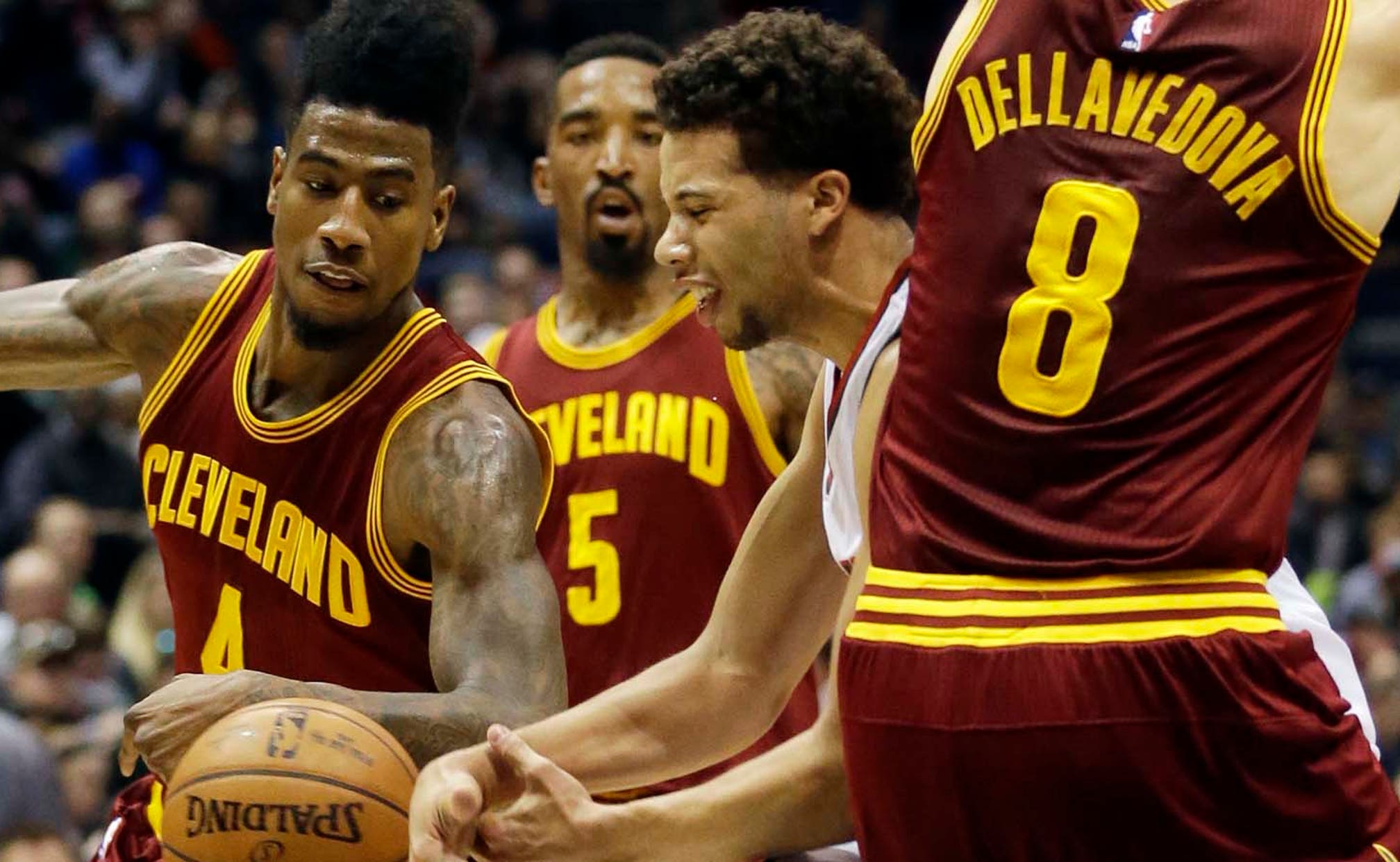 previous story
The East is the NCAA Tourney's most bizarre region in years
next story
In hunt for win, Kurt Busch fails to complete perfect Fontana weekend 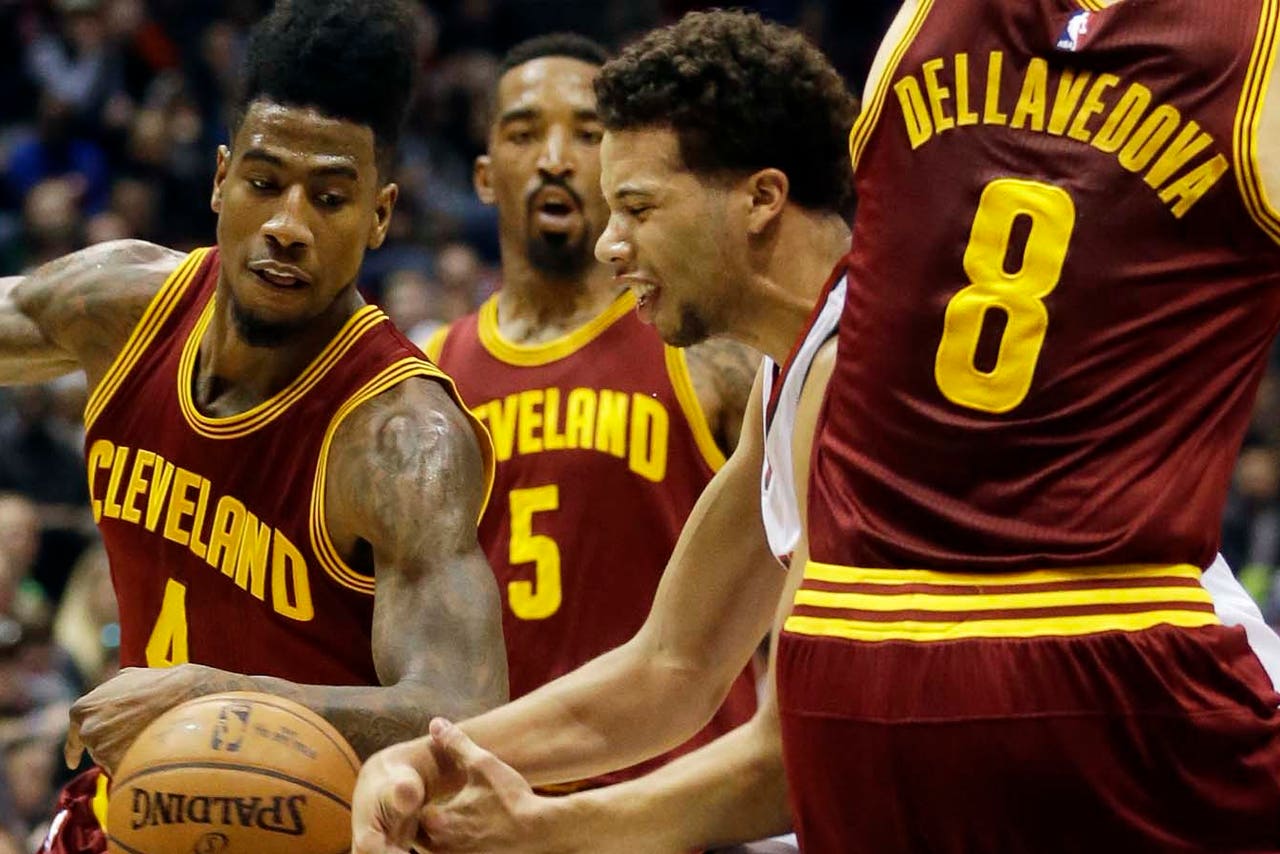 MILWAUKEE -- With the game slipping away from the Milwaukee Bucks, John Henson and Khris Middleton botched an uncontested inbounds pass late in the third quarter.

It was just one of Milwaukee's 23 turnovers Sunday, but the uncontested miscue sparked a decisive 26-5 run by Cleveland in which LeBron James took over.

James outscored the Bucks himself from the 1:19 mark of the third quarter on, as Cleveland flipped the switch in the second half to cruise to a 108-90 victory over Milwaukee at the BMO Harris Bradley Center.

"We made a lot of mistakes, like easy ones," Bucks forward Ersan Ilyasova said. "We turned the ball over a lot. When you throw the ball all over against a team (like the Cavaliers) you always end up with a fastbreak. They shoot 3-point shots on the fastbreak. That was the key to the game."

In the first half, the Bucks played well offensively when they weren't turning the ball over. Cleveland came out flat, which allowed Milwaukee to hold a 53-44 lead at halftime.

The lead could have been bigger had the Bucks not committed 13 first-half turnovers. Sure enough, a nine-point lead wasn't enough as James and the Heat turned up the intensity in the second half.

A particularly fiery James began to take over the game late in the third quarter. James had already scored four straight points to cut Milwaukee's lead to 73-71 when Middleton failed to catch Henson's inbounds pass.

On the ensuing possession, James recovered from getting his shot blocked by Giannis Antetokounmpo to stuff home a dunk to even the score.

"Just bad communication," Middleton said. "I have to come to the ball and catch it. Just a bad play, that's all."

On the first possession of the fourth quarter, J.R. Smith intercepted a lazy pass attempt by Middleton for an easy dunk. James and Smith later combined to hit four straight 3-pointers, two of which came off turnovers by the Bucks.

By the time Smith rattled home his third 3-pointer of the fourth quarter, the Bucks were in a 93-78 hole.

"We turned the ball over way too much, including myself," Middleton said. "We just can't turn the ball over like we did and have a chance to win."

Cleveland turned the ball over just three times after halftime, as the Cavaliers outscored the Bucks, 17-2, on points off turnovers in the second half.

Milwaukee's starting lineup had 19 of the 23 turnovers, with the starting backcourt of Middleton (five turnovers) and Michael Carter-Williams (six turnovers) combining for 11.

"Our backcourt had just as many as the whole team for Cleveland," Bucks coach Jason Kidd said. "They had 11 and Cleveland only had 13 as a team. As a whole, we've got to do a better job as a team taking care of the ball. We rely on our defense and it keeps us in ball games. But if we're throwing the ball away and not getting a shot, it won't help us."

With 12 games to play, the Bucks are clinging to a 1 1/2-game lead over Miami for the sixth seed. Because the bottom of the Eastern Conference is weak, Milwaukee is in the playoffs by 3 1/2 games despite losing 13 of 17 since the All-Star break.

Once considered a lock to make the playoffs, a complete collapse by the Bucks seems not out of the question. Milwaukee's next two games are crucial, as it hosts Miami and Indiana on Tuesday and Thursday.

"We're in a bad situation," Ilyasova said. "Everybody has to admit it. We have to stick together more than ever, especially in these times. We have to pick up the pace and play better.

"From now on, every game is important. We have (12) games. Losing streaks come up. We have to play smarter. From this point, every game is going to count. I understand we have a lot of injuries going on but whoever is playing has to take responsibility and give 100 percent."