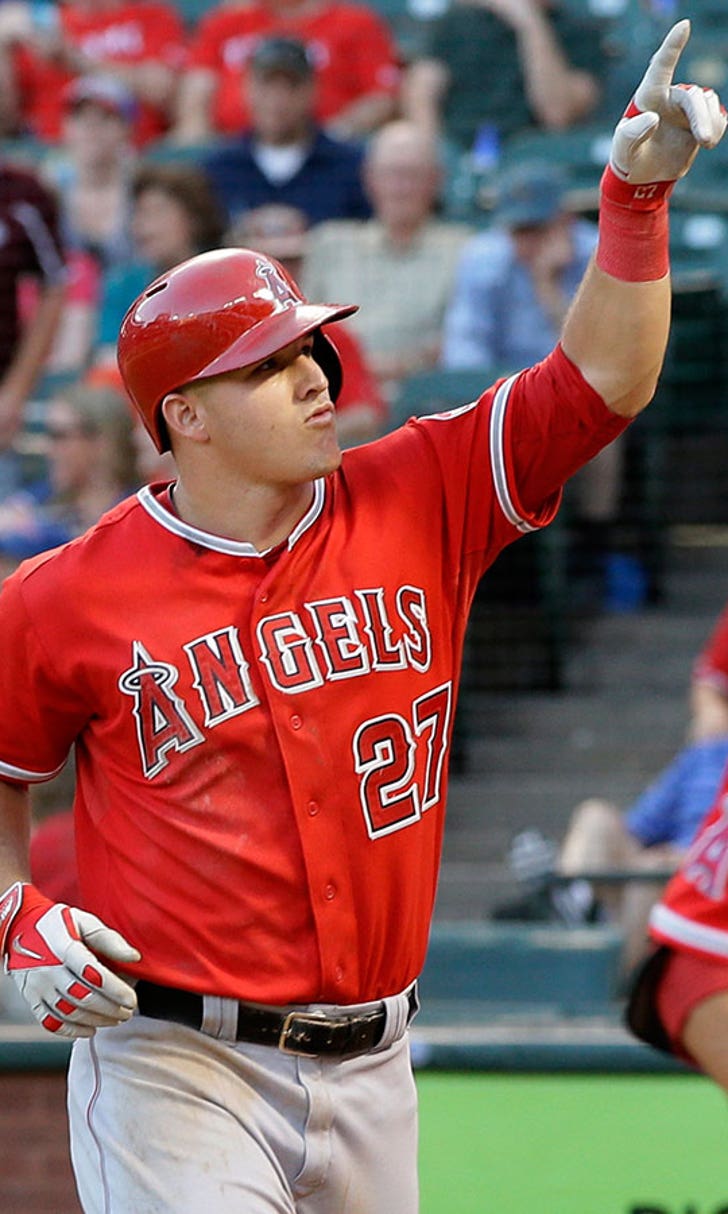 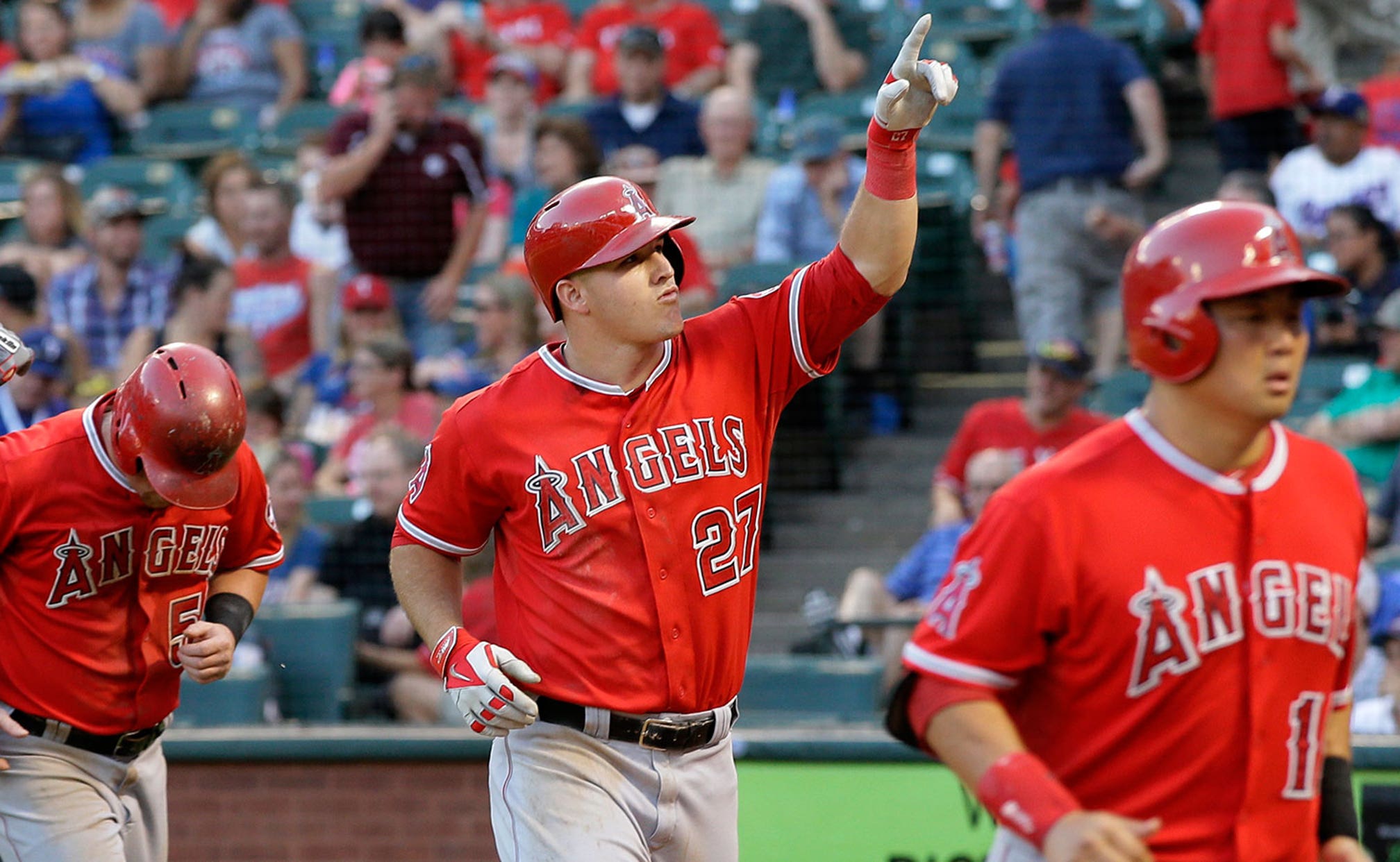 ARLINGTON, Texas (AP) -- Kole Calhoun got the Los Angeles Angels off to a fast start with a leadoff triple, and he trotted home after an errant relay throw bounced into the seats.

All-Star center fielder Mike Trout and the rest of the Angels quickly followed his lead, and Los Angeles went on to a 15-6 rout over the freefalling Texas Rangers on Thursday night.

"Oh yeah we were having fun," said Trout, the No. 2 hitter behind Calhoun who had a three-run homer among his four hits. "We always have fun, we know what this offense is capable of doing."

The first four Angels batters in the game had hits and scored. They added six more runs in the second and were already up 13-2 against Colby Lewis (6-6) when Trout hit his 21st homer with one out in the third.

"Those are the days you play for in organized sports, especially in baseball, when everybody's contributing, everybody's having fun, everybody's getting hits," said Josh Hamilton, the 2010 AL MVP with Texas who had RBI doubles in each of the first two innings. "It's a fun thing to be a part of."

While the Angels won for the seventh time in eight games, Texas has lost five straight and 19 of 22. The Rangers (38-54) have the worst winning percentage in the majors at .413.

The Rangers clubhouse remained closed for about 30 minutes after the game. Manager Ron Washington refused to reveal what he said to his team, but gave some insight into what he expects from his players.

"That you don't stop fighting. You don't give into adversity. The game of baseball is full of it. You don't give in to it," he said. "The only people that can make a change and make a difference is my guys. `'

Calhoun, who had four hits and scored four times, was only a homer shy of a cycle after hits in each of the first three innings. He admittedly "`100 percent" was trying to go deep his last two at-bats in a lopsided game, but grounded out and had another single.

"I was definitely pulling for it," Trout said. "It was fun to watch."

Calhoun pulled another ball down the right-field line for an RBI double in the second. Trout then drove in a run on a chopper for an infield hit before Albert Pujols had a sacrifice fly -- though he reached base when right fielder Alex Rios dropped the ball on the warning track for an error. Hamilton then had the second of his three doubles in the game.

.@Angels get some good news ... @Erickaybar is headed to the #AllStarGame with @Trouty20 http://t.co/Q5hJ6iItk6 #Angels

Erick Aybar, added to the AL All-Star team Thursday, also had RBIs in each of the first two innings. He drove in a run with a groundout in the first and had an RBI single in the second.

Rangers rookie outfielder Jake Smolinski, who made his major league debut as a pinch-hitter Monday, had three hits, drove in three runs and scored twice. He has hits in all three of his starts and is the first Rangers player ever with eight hits in his first four games.

NOTES: The Angels had lost eight consecutive games at Texas. ... RHP Matt West became the third player to make his major league debut this week for the Rangers. He had two scoreless innings in relief and was the 28th pitcher used this season by Texas, breaking a tie with the Angels for the most in the majors. C Chris Gimenez made it 29 when he pitched a 1-2-3 ninth. ... Rangers All-Star 3B Adrian Beltre had three hits to extend his hitting streak to 14 games, the longest active in the AL. He is hitting .500 (42 of 84) his last 22 home games. ... Angels RHP Garrett Richards (10-2, 2.71), who finished second in the final five voting for the last spot on the AL All-Star team, starts Friday night against righty Nick Tepesch (3-4, 4.29).