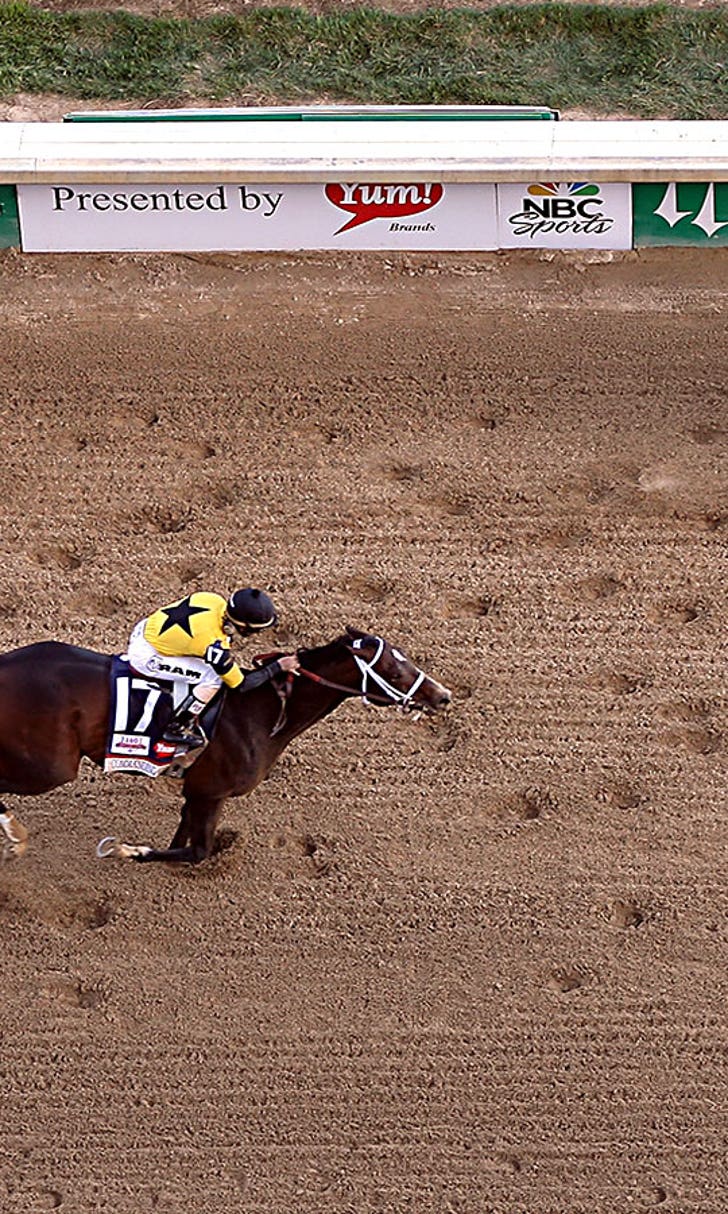 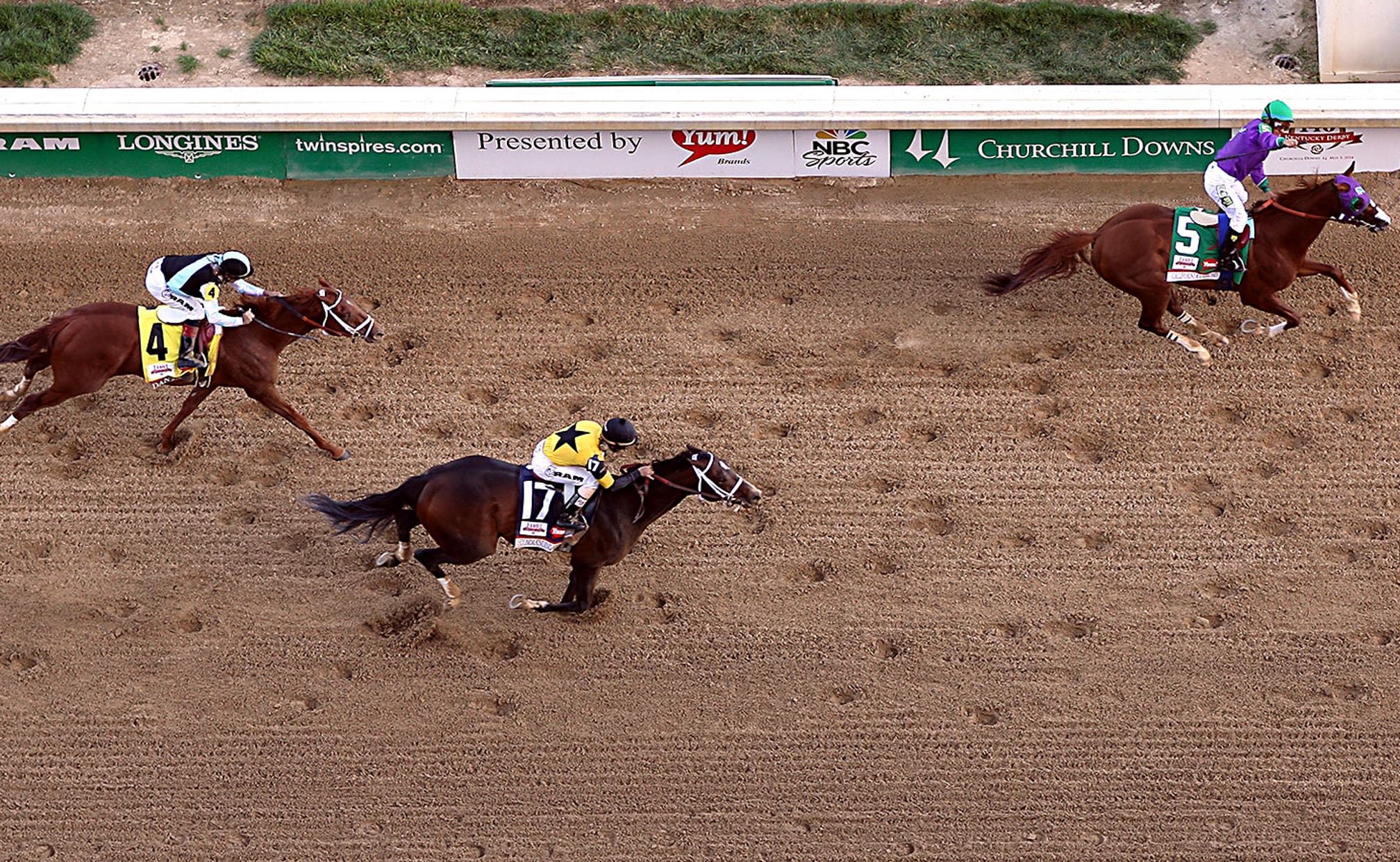 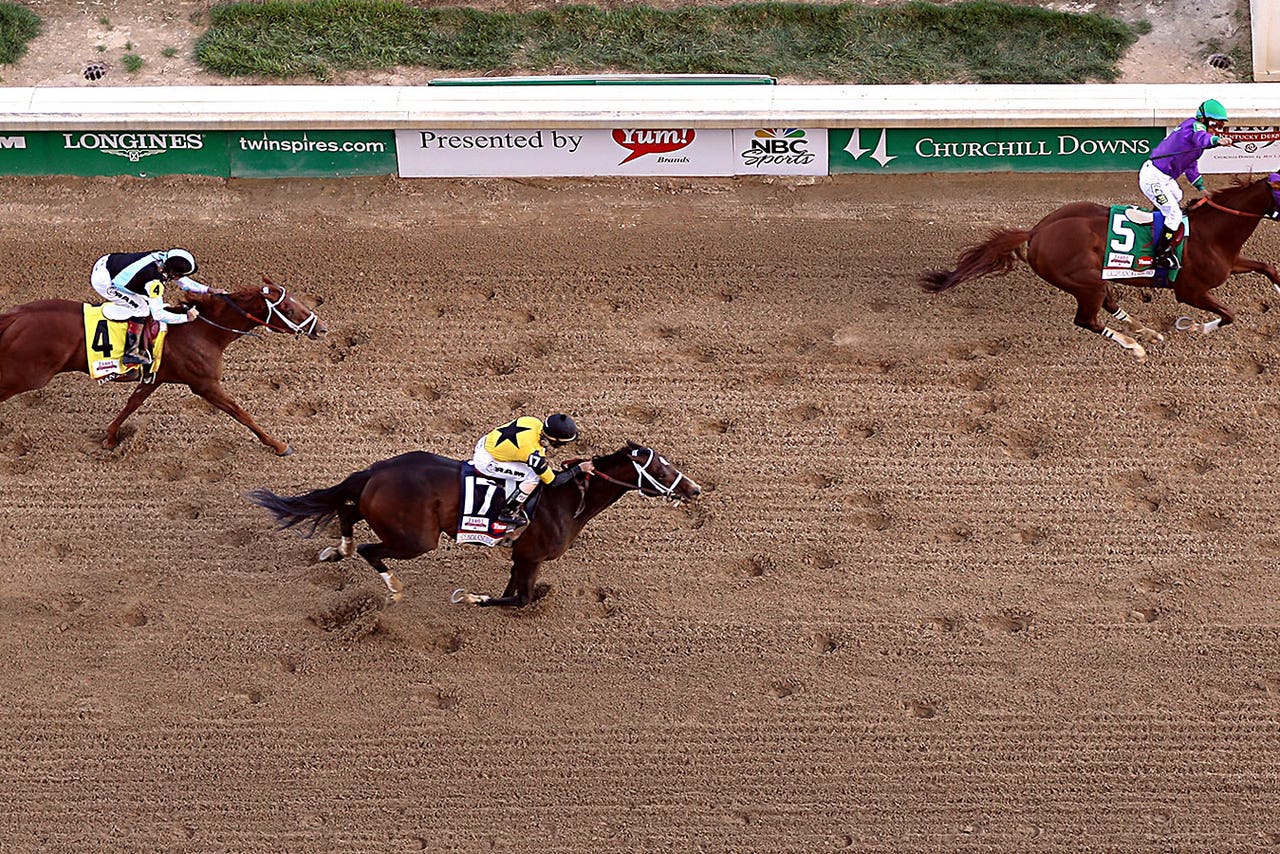 For the second straight year, one of his horses ran second at long odds behind a Derby favorite. The exacta is a popular bet that requires the selection of a race's first two finishers in precise order.

While California Chrome won Saturday as the 5-2 favorite, Commanding Curve rallied for the place spot at 37-1, inflating the exacta payoff to $340 for a $2 wager.

Commanding Curve was easy to overlook. He had won only one of his previous six races and was third in latest effort, the Louisiana Derby.

He dropped back to 18th in the Derby before kicking home strongly in the lane under Shaun Bridgmohan to finish 1} lengths behind California Chrome.

"All I had to do was ride him hard, and he gave me everything," Bridgmohan said. "Once I got him down the lane, man, he lengthened his stride and really dug in for me."

Stewart would love to win a Derby, but a pair of consecutive seconds was a decent consolation prize.

"I would never get frustrated over that," he said. "There are lots of things to be frustrated about. Getting beat in a horse race isn't one of them."

TODD SQUAD: Trainer Todd Pletcher sent out four horses in the Derby, dropping his record to 1 for 40.

Danza got third, the best finish among the "Todd Squad."

Danza, named for actor Tony Danza of "Taxi" and "Who's the Boss?", salvaged something for the barn with the in-the-money finish.

"I thought he ran well," Pletcher said of the Arkansas Derby winner. "Coming by the wire he got bumped by Vinceremos but he got back in position and started to respond. Considering this was only fifth race of his life, you've got to say it was a very good effort."

FIRST TO LAST: Jockey Rosie Napravnik was the toast of racing on Friday, winning the Kentucky Oaks for fillies with Untapable.

In the Derby, she was toast aboard Vicar's In Trouble. The Louisiana Derby winner ran last in the 19-horse field.

"We actually got into a really good position," Napravnik said. "I was tracking behind California Chrome and really didn't have enough horse."

Napravnik was trying to become the first female jockey to win the Derby. She already owns the highest finish by a woman, riding to fifth place last year with Mylute.

DERBY MARKS: The Derby attracted the second-largest crowd in its 140-year history with 164,906.

At 77, Art Sherman became the oldest trainer to win a Derby, surpassing Charlie Whittingham, who was 76 when Sunday Silence won in 1989.