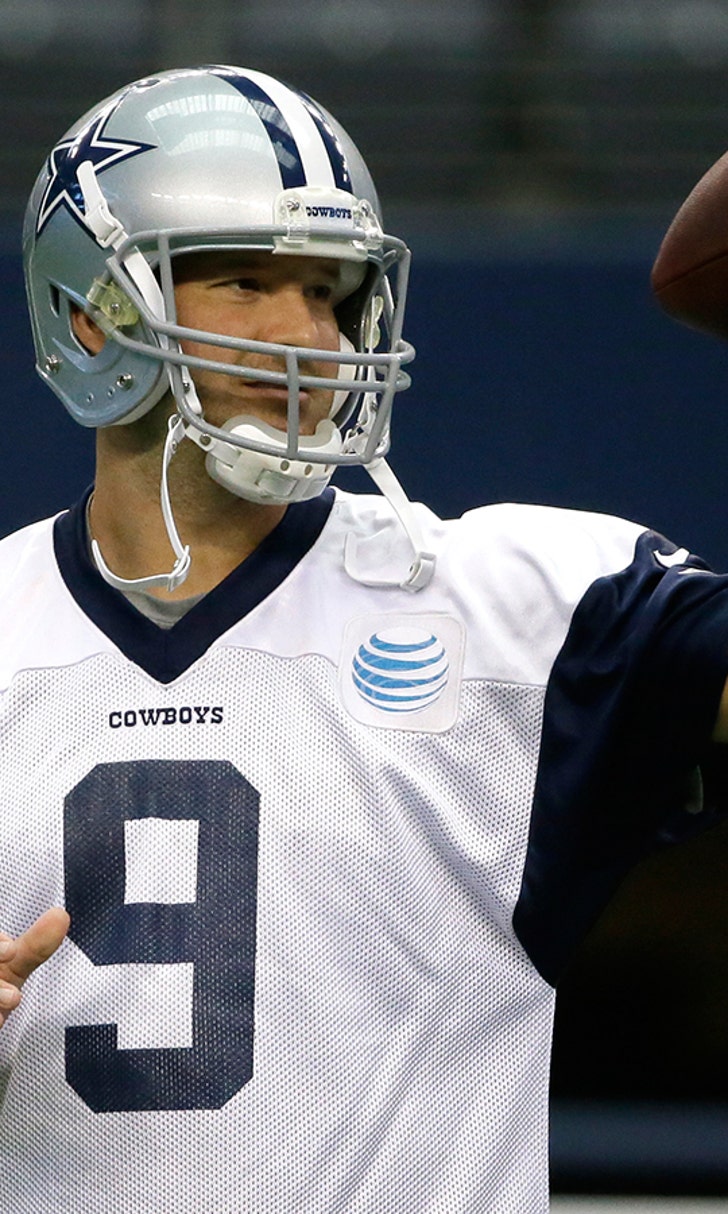 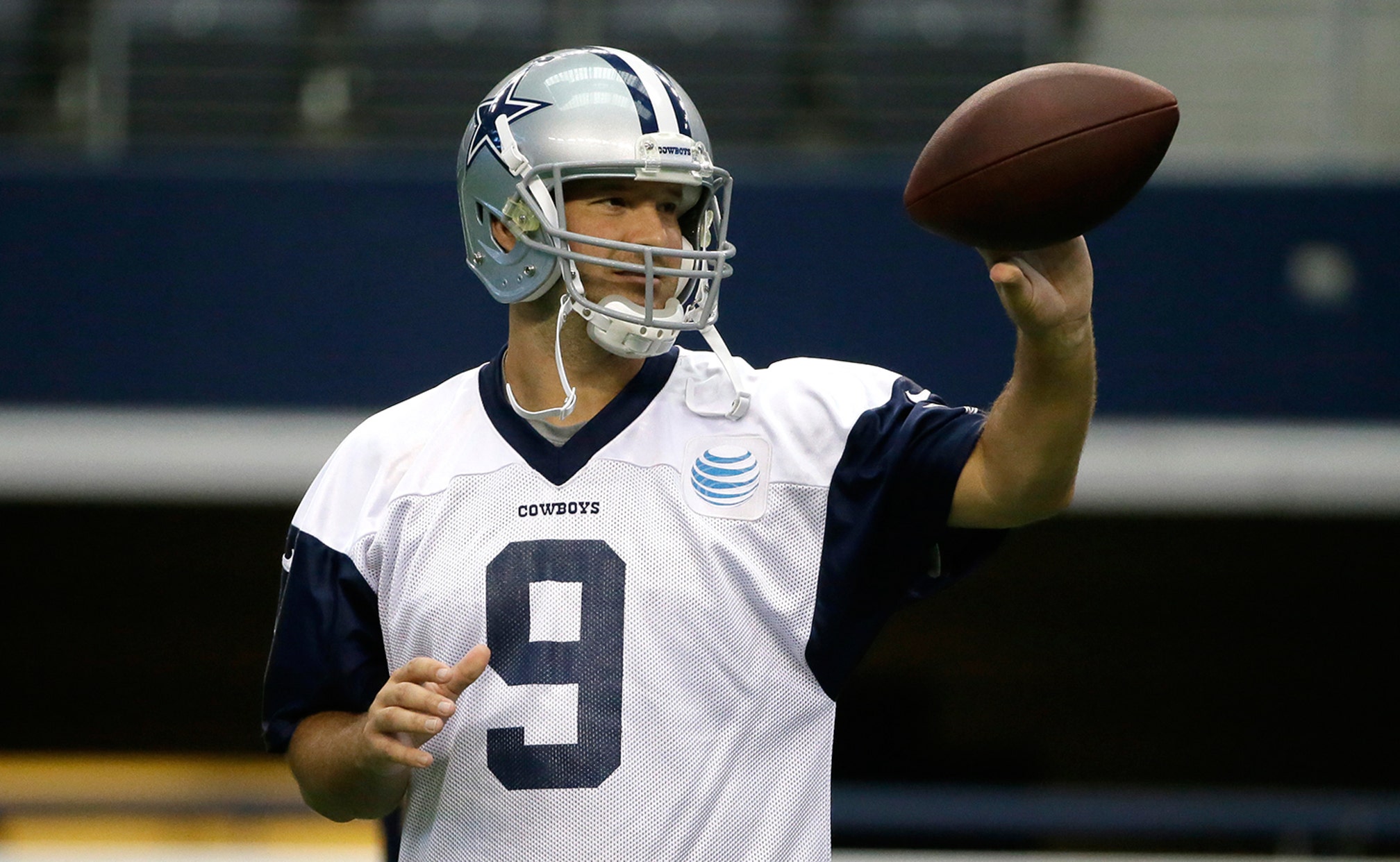 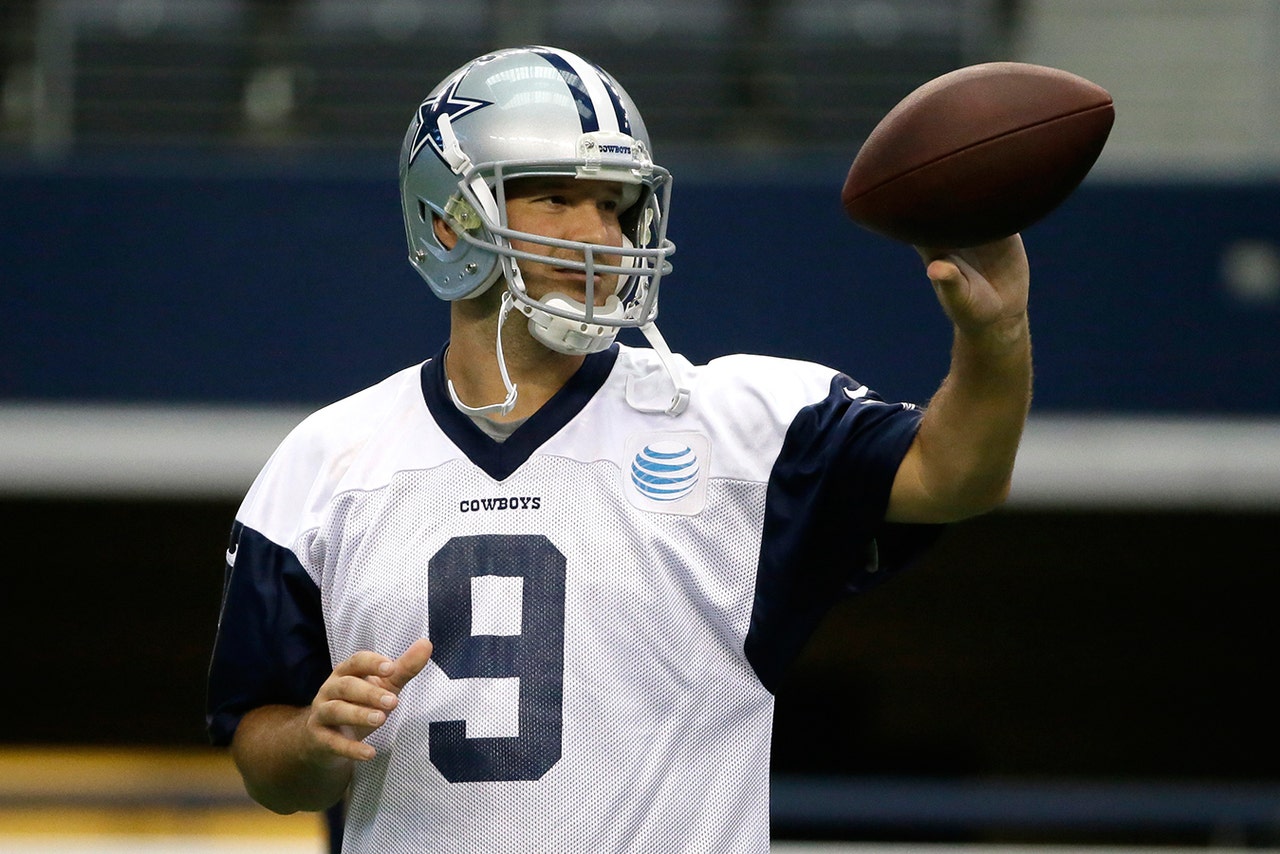 ARLINGTON, Texas (AP) -- Tony Romo walked off the field after the Dallas Cowboys finished their final minicamp practice without stopping to speak with reporters.

The four-time Pro Bowl quarterback said plenty by taking part in every organized offseason workout for the first time in three years.

"He's playing at a high level," tight end Jason Witten said Thursday. "I think the biggest reason why we have such high expectations is because of the way he's playing, and the way he kind of demands everybody else to play at that level, too."

Back issues limited Romo during the offseason the past two years.

After having a cyst removed from his back before the start of offseason workouts in 2013, Romo didn't get any significant work until training camp.

Romo had back surgery the week before the 2013 season finale. He then missed every organized team activity in the offseason last year, never went two days in a row during training camp and pretty much skipped all Wednesday practices during the season.

"To see him out there leading our team I think is really important, interaction with the other players, him getting better, improving his skill level at all different things," coach Jason Garrett said. "I just think it's a real positive situation for us."

Even after the limited offseason work and days off during the season, Romo threw for 7,533 yards with 65 TDs and 19 interceptions combined in 2013 and 2014. He had 19 interceptions just in 2012, matching a career high.

Romo was the NFL's top-rated passer last season, when he completed 70 percent of his passes (304 of 435) for 3,705 yards with 34 touchdowns and nine interceptions.

"I'll take the way he's been playing. I will take it and call it a day right now, if you'll give me the whole year like that," Cowboys owner Jerry Jones said.

Garrett said it is too early to talk about how much the 35-year-old Romo, the starter since 2006, will practice when Dallas has its first training camp workout July 30 in Oxnard, California, and during the regular season.

"He seems to be able to handle the workload fairly well on back-to-back days," Garrett said. "But we'll try to treat those situations individually like we've done in the past, and try to get as much work as we can without compromising any of the players."

Quarterbacks coach Wade Wilson said it hadn't been anticipated that Romo would practice three days in a row like he has done consistently this spring. Romo only skips walkthroughs before practice, and instead gets his rehab work done during that time.

Garrett said Romo has fought through a lot of different things to have the kind of seasons he has had after dealing with those injuries.

"The difficulty of playing at a high level when you don't get the reps in in the offseason and training camp, and during the week, I think that's a challenge. I think that's particularly the case at quarterback," he said. "But I think the level of play that he's demonstrated throughout his career and also just the experience he has in this offense allows him to maybe handle those situations better than most."