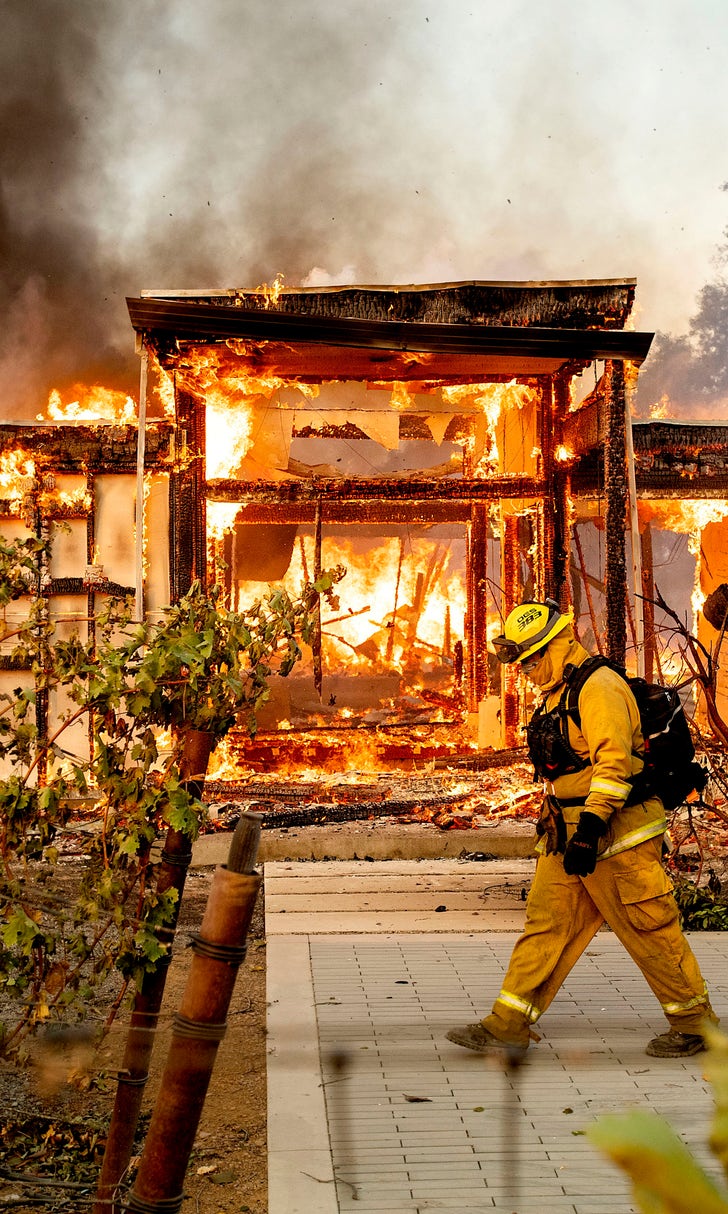 Firefighters aided by brief calm weather before another windstorm arrives are battling to make progress against a fire in California's wine country that's destroyed dozens of homes.

Fire officials announced Monday evening that the fire is 15% contained — up from 5% in the morning. About 30,000 people who had been evacuated on the western side of the blaze have been allowed home — at least temporarily. About 156,000 people remain under evacuation orders.

Cal Fire Division Chief Jonathan Cox says firefighters are cautiously optimistic they may get a handle on one side of the blaze. The gusts will arrive Tuesday.

Cox says people on the eastern side of the blaze and into Lake County have been warned to be prepared to leave.

The blaze has destroyed 57 homes. About 90,000 homes and other buildings are threatened.