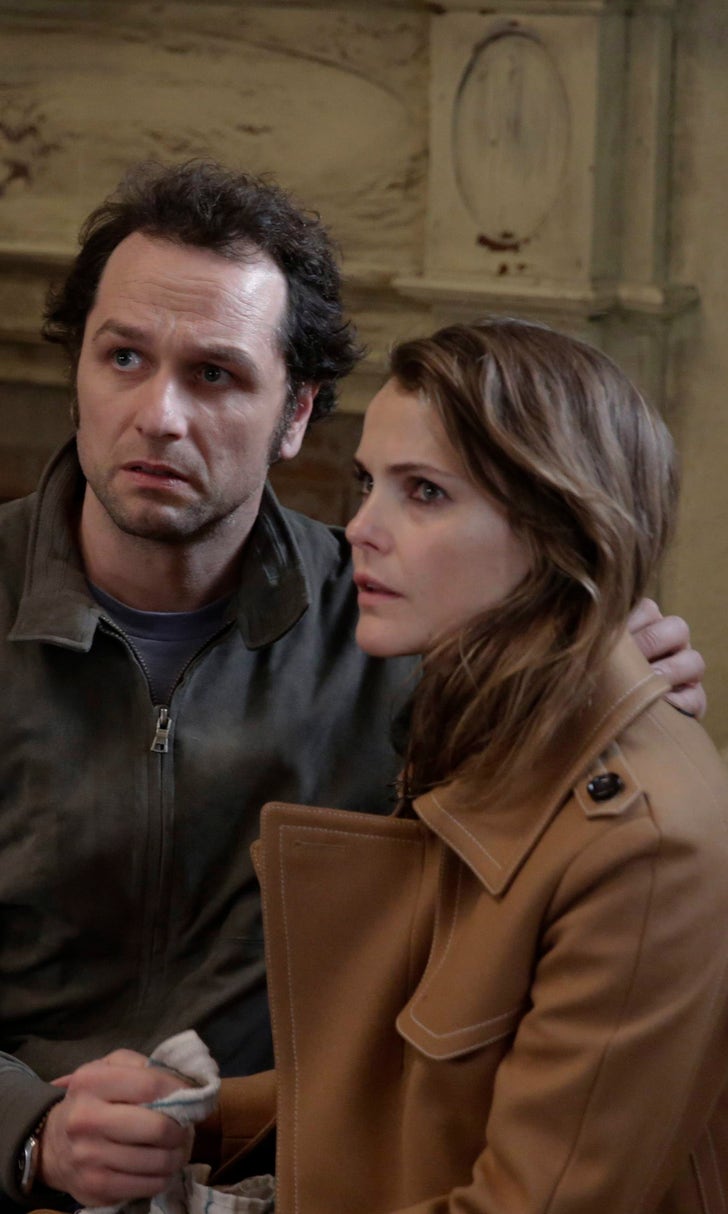 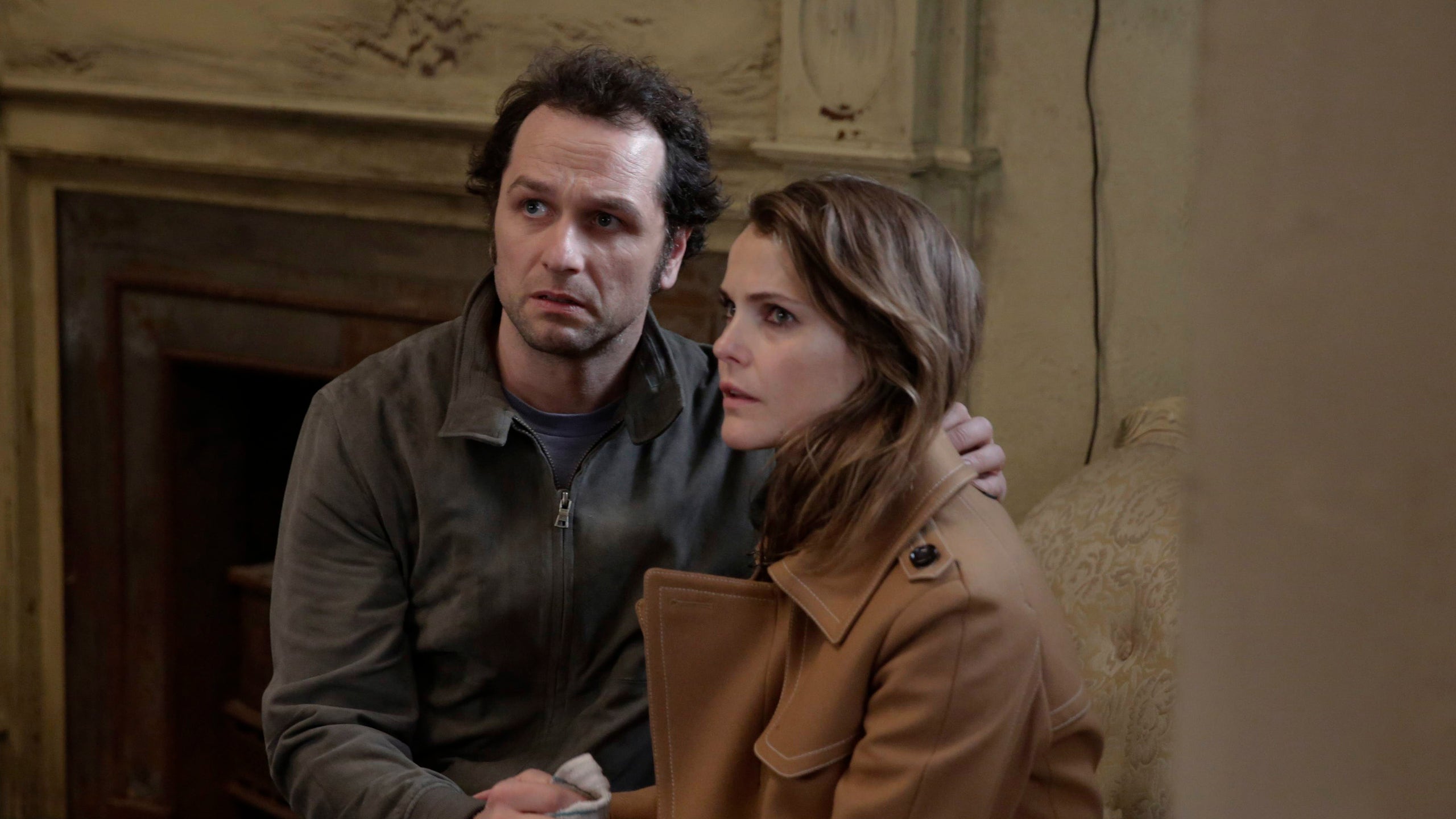 Whatever comes up, feelings, sympathy, friendship, whatever, you can't lose sight of who these people are. -- Frank Gaad

There's one problem with The Americans that does more to sculpt its genius than virtually anything else. It may not be the same for you, although at the risk of getting too political, I hope not.

I'm not a communist.

I grew up with wonderful parents who protected me and did their best to instill in me a sense of pride in the country and in my own thoughts and actions. More than anything, however, my mother and father taught me compassion and humility as they continually put others before themselves. I still ended up being too selfish, full of angst, and someone who makes mistakes far too often, but what's good about me came from them. I should say "comes" from them, because thankfully they're both still here and neither has strayed from that path.

Tonight's episode of The Americans was the longest of the season and also one of the more unique portions of the story the show has provided to date. In effect, we saw a boiling pot left on the stove and forgotten. Tension spilled out, true rage, confusion, and sadness, and when the emotional baggage hit the breaking point, David Copperfield made it disappear.

While the Statue of Liberty trick and Copperfield's nationalistic explanation were filled with blissful irony within the home of two Russian spies, the idea of making an entity vanish is what remained with me. We opened the episode with the necessary painful, yet tremendous scene that saw Martha Hanson fly away from the United States. We see her in the kitchen staring at a jar of peanut butter, likely wondering if she'll ever see one like it again, or perhaps ever taste it's contents after that day.

Until she tells Clark not to be alone, the two don't speak to one another. Matthew Rhys directed tonight's episode, and no one else could have depicted that moment any better than the man who has been so instrumental in Martha's life on the show. Stephen Schiff wrote a smart episode, but his best choice was allowing for the absence of dialogue in the open. It was a magnificent few minutes, where the silence and the background noises were enough to tell the story. And, I'm not sure Alison Wright ever looked more beautiful than she did as she left the home and then left the country.

Her appearance matched her performance this season. It's been a privilege to watch.

Surprisingly, the bon voyage sequence was the most organized portion of the entire hour, for once that plane left our view, all hell broke loose in the life of the Jennings family, the FBI, and everywhere else we happened to visit tonight. But I need to return to the communist point again.

Because I'm not a communist and haven't lived with such a rigid code, watching Elizabeth go into full-throated "I've had it" mode was tough to understand. I know why the character would react in that way, but I also hated her guts. I recoiled as she berated her daughter, presented the dirty laundry of her marriage publicly in front of Gabriel, and had virtually zero sympathy for Lisa, which then necessitated breaking a liquor bottle over her head. It was a reminder of what I see as her sociopathic, non-empathetic personality, but again, she's a Soviet agent who is devoted to an extent I can't comprehend, because, as we discussed....

I'm not a communist. Or maybe, more accurately, I'm not a spy.

I've never even been to Russia.

Gabriel is also pretty much done with pussyfooting around and dealing with the issues Philip and Elizabeth bring into their professional lives. He's been pushed to the brink, and although I'm sure he'd have enjoyed a rousing game of Scrabble, once that doesn't happen, he's REALLY on the warpath. Claudia basically laughs in his face for expecting his job to be simple, but he doesn't understand why the human being side of things matters in the least. Let's not forget this is a gentleman who nearly died a few weeks ago after exposure to the Mephistopheles of viruses.

It's not that he lacks all feeling, but he comes from a group and a mentality that knows how to suppress the subjective at any and all costs and sees doing so as essential to success. Capitulation and acceptance drive his every move, and while Elizabeth generally behaves in a similar way, it's Philip that goes to est, thinks for himself on occasion, creates challenges, embraces the local culture, and fights to keep his children from becoming the next Martha Hanson.

Think I'll walk out in the storm

There's no love to keep me warm inside

And hope it's fine at the end of the line

In the final few seconds of the episode, Paige recites the integral parts of her miniature golf outing with Pastor Tim and Alice, but does so in a cold, robotic tone. Despite his best efforts, she's becoming an agent. Watching Elizabeth scold her and scream at her, blaming current predicaments on a teenager's mistake, and then giving her orders, we're witnessing the disintegration of Paige Jennings' innocence. Her freedom has disappeared, again bringing us back to the magic trick. And, how is Paige any different than Martha? How are any of them? To the Centre and amongst the leadership, everyone is a means to an end. People are things, not individuals.

We also learned tonight - if there was any lingering doubt - that Philip Jennings cared for Martha, hates that he's forced her from her home, and may actually have loved her in some ways. When she's referred to as an "agent" later on as he argues with his wife, he nearly blows a gasket, and so does Elizabeth. He's having a nearly impossible time in seeing this woman he manipulated and deceived for three years as just a tool. Elizabeth sees her as an easy mark, just like the doorman at the movie theater with Young-Hee, but Philip calls her "difficult," which I took to mean he wanted her to know that Martha was a dynamic person and one who deserved better than to end up one of an infinite number of pawns amidst a never ending game of chess.

Changing the subject, I would love to see somebody pull out something other than a Miller High Life. We can't do better than that? Those bottles alone make me extremely sad. It's like everyone is drinking sediment or water filled with sand. And they all appear to love it. Stan had the Jennings refrigerator opened before Philip even gave him the green light. The man couldn't even wait for approval. He had to have it right then. It was straight for the High Life; all that was missing was Steve Winwood.

The opening scene was superb, but the closing scene was just as good. The music choice was pitch perfect and Frank's conversation with Stan brought us back to the series' version of Earth. I wasn't expecting the time-jump (which also means Tim and Alice survived much longer than we might have originally thought), but the show isn't going to take us to Epcot or show us much of the "vacation." That isn't how Joe Weisberg rolls.

We're left to imagine how it all went, because we must remain filled with dread, as we maneuver back to the main plot and the final five episodes of the season. Paige's reactionless face as she walks past her parents in the driveway is the reality check, and then Gaad reminds us that while we do love Philip and often Elizabeth and sometimes even Gabriel, William, or Burov, they're all still on American soil to destroy the western way of life. That moral conundrum and the shift in our rooting interests and thought processes enable a complexity not seen in virtually any other series.

I'm @GuyNamedJason on Twitter. The first movie I ever snuck into without paying was True Lies.