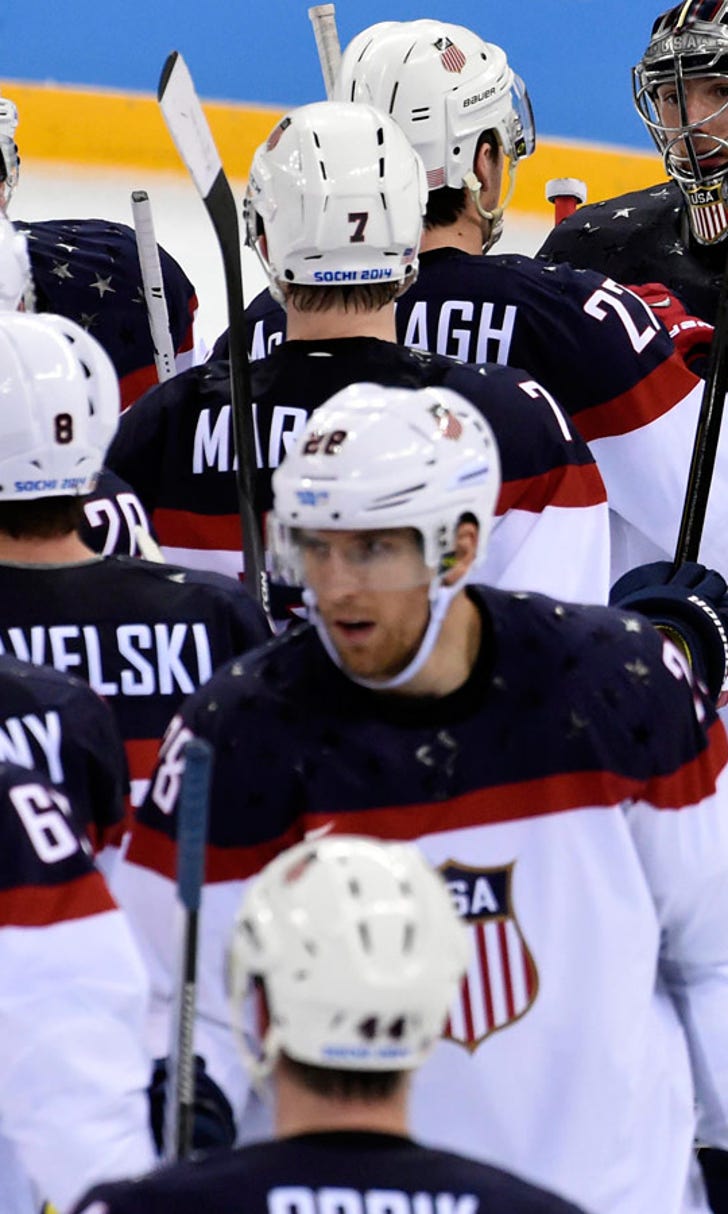 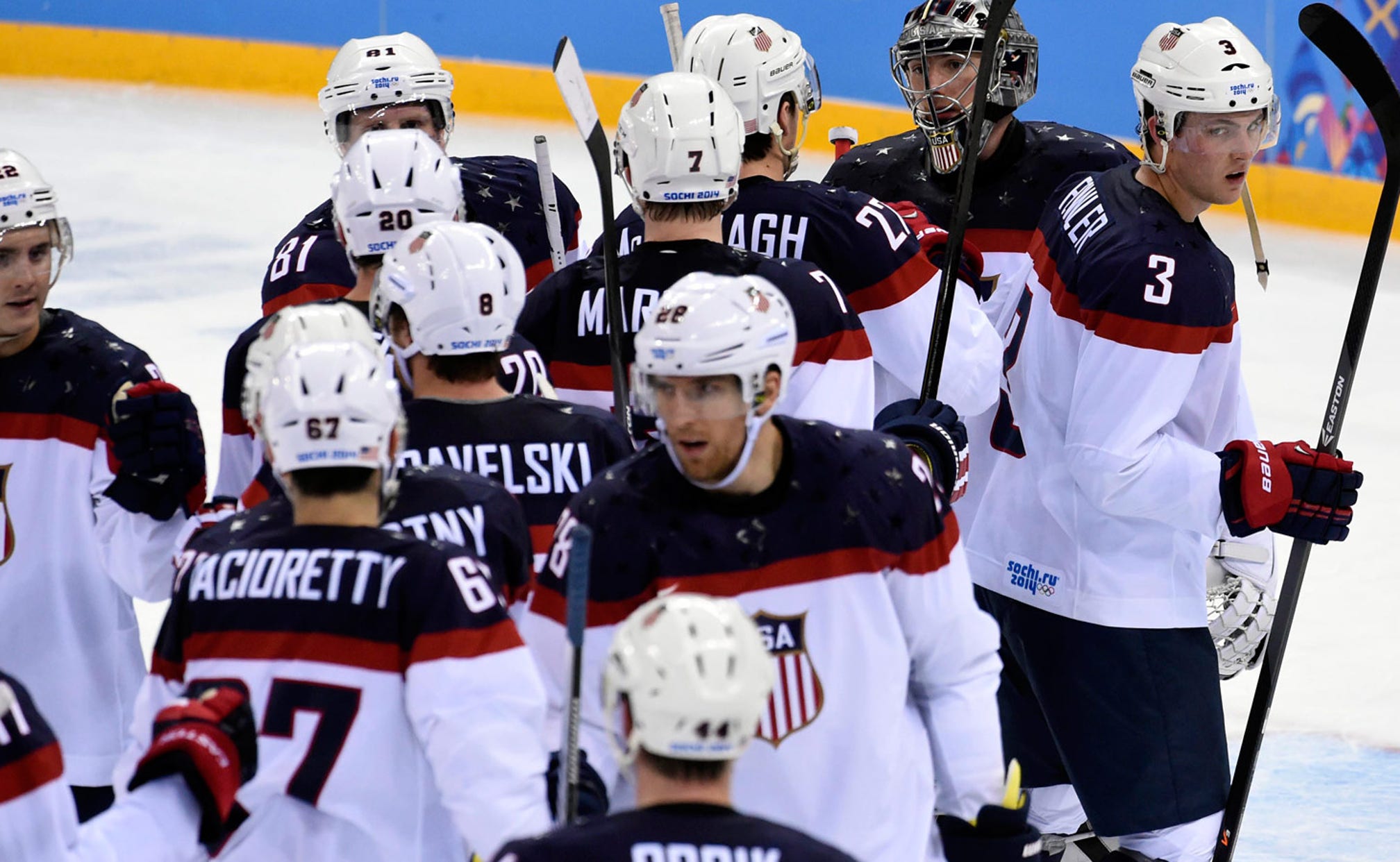 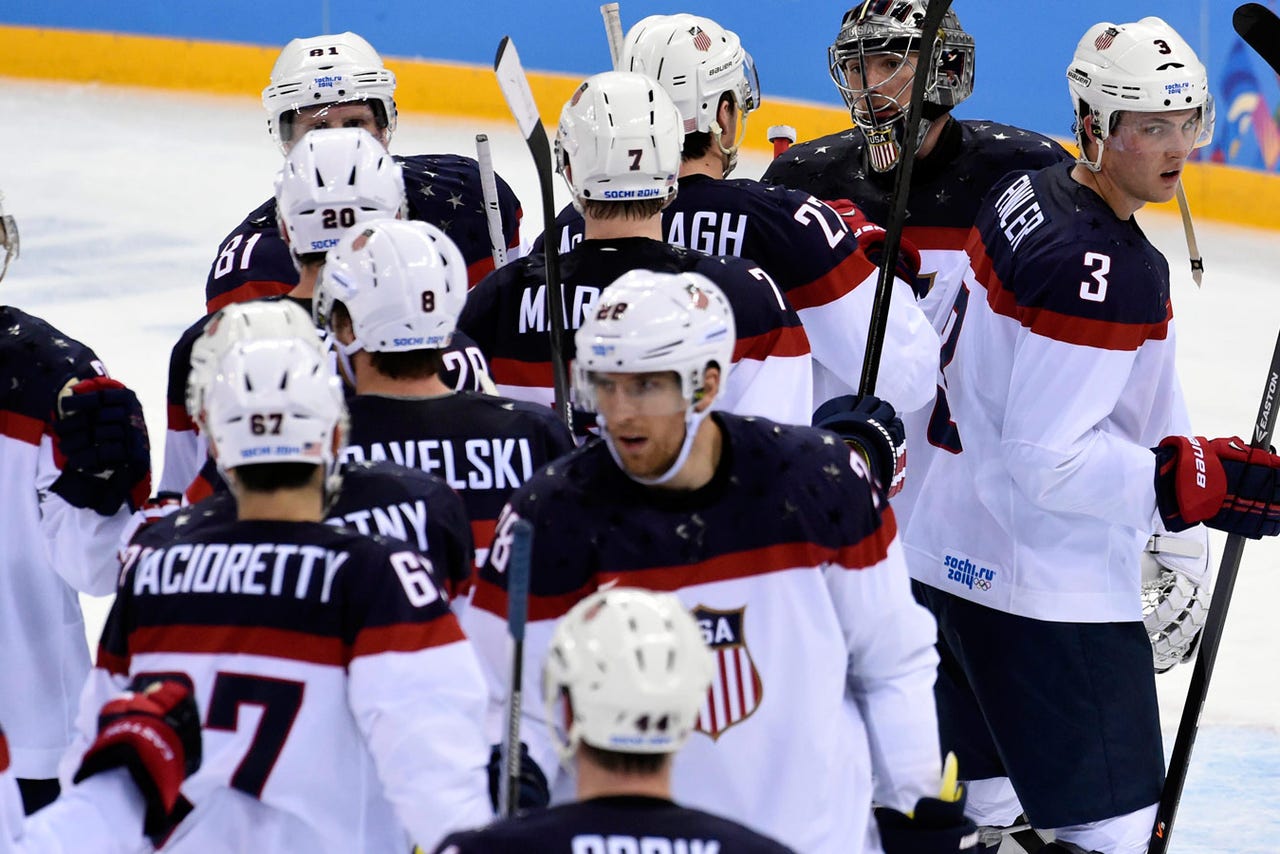 SOCHI, Russia (AP) -- Dustin Brown banged in a go-ahead goal late in the first period and the United States went on to dominate the Czech Republic 5-2 Wednesday, earning a spot in the Olympic hockey semifinals for the second straight time.

On Friday, the U.S. will play Canada -- a rematch of the 2010 gold-medal game -- for a shot to become an Olympic champion. The Canadians held off Latvia 2-1, and they beat the Americans in overtime four years ago.

"It's a great opportunity," American forward Max Pacioretty said. "They're obviously the favorite coming into the tournament, and we've opened up a lot of eyes with our play, but we have more in the tank to give and to show.

James van Riemsdyk gave the Americans a lead 1:39 into the game.

They lost it a few minutes later when one of their defenseman, Ryan McDonagh, tried to clear the puck away from the front of the crease and it went off the left skate of Ryan Suter and got past Jonathan Quick.

The Czechs were not as successful scoring on their own against Quick, who started ahead of 2010 silver-medal winning goaltender Ryan Miller and had 21 saves.

Ales Hemsky was credited with a goal that two Americans touched after he did. Hemsky legitimately scored his second one, skating to the slot and snapping off a wrist shot that got past Quick's blocker with 7 minutes left in the game.

Zach Parise piled on, pushing the Americans' lead to 4-1 midway through the second period to chase goalie Ondrej Pavelec after he made just eight saves. He was replaced by Alexander Salak.

The Americans shaped their roster with players who skate fast, hit hard, share the puck and score.

"It starts off the ice," Pacioretty said. "Everyone on this team realizes you have to play for the team and check your ego at the door. All of us are the top players on our team back home and you come here and you're asked to play different roles.

"You see everyone in the room, willing to go to the dirty areas, block shots, make hits. It's nice to see when you see a guy like Patty Kane backchecking as hard as he can across the ice. It kind of puts things in perspective."

The U.S. has been tested only once in a 3-2, eight-round shootout against the host Russians in the preliminary round. The Americans have crushed the Czech Republic, Slovakia and Slovenia by a combined score of 17-4.

While the Czechs had to play for a second straight day because they had to beat Slovakia in the qualification round just to reach the quarterfinals, the rested Americans were ready to roll after having two days off.

The U.S. seemed to take advantage of having fresh legs, beating the Czech Republic to loose pucks all night long.

"They had more energy," Pavelec said. "It's not an excuse, it's just the way it is."