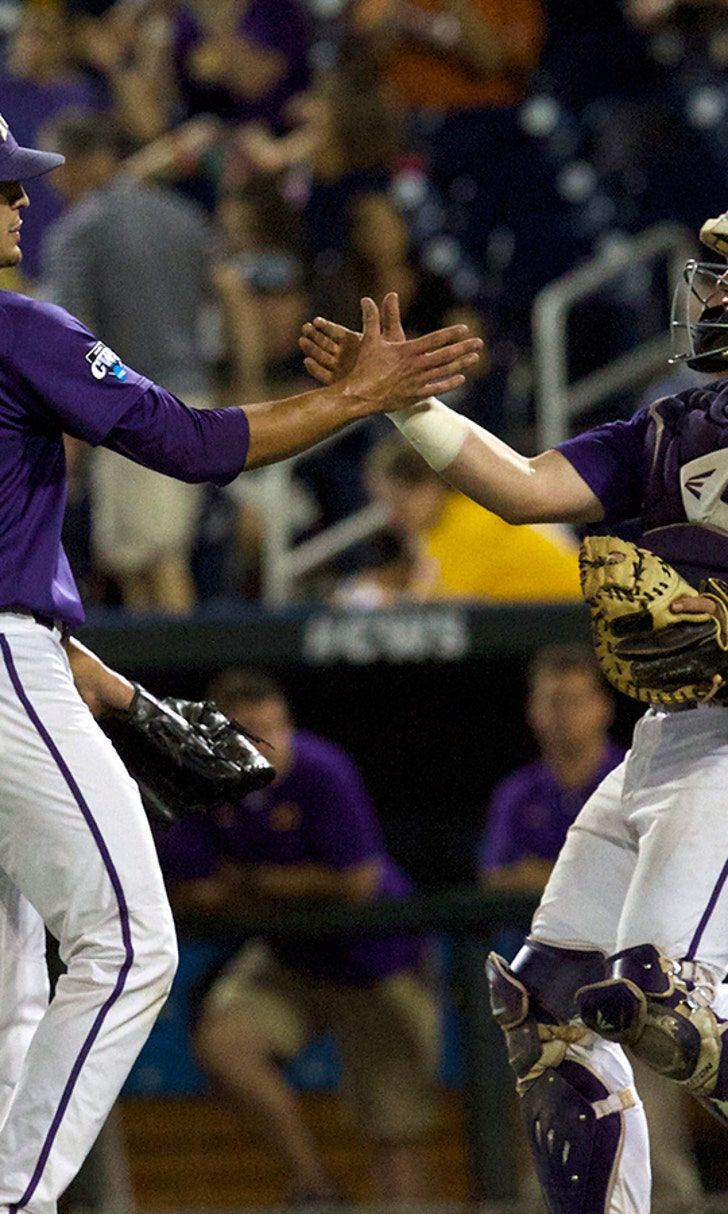 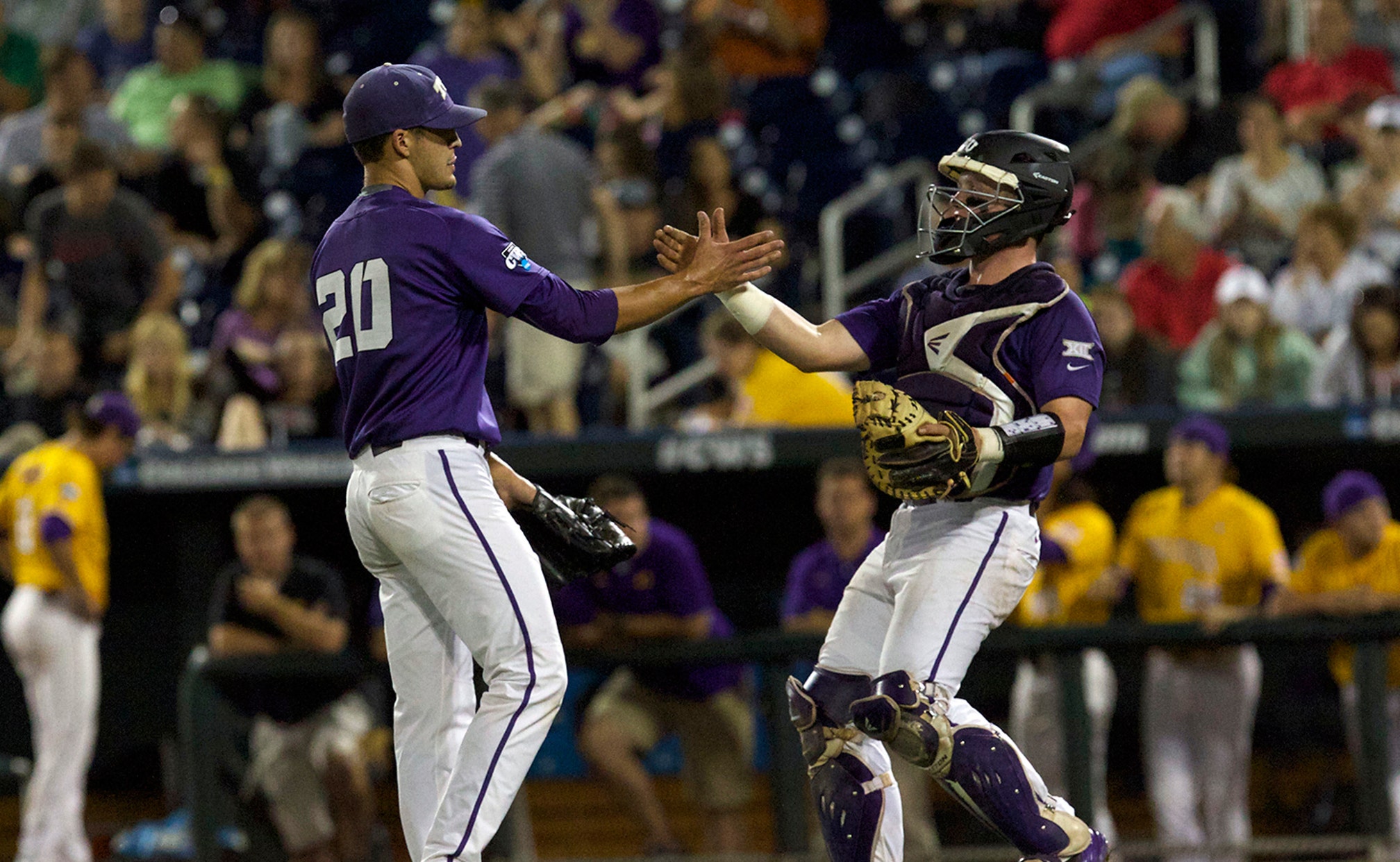 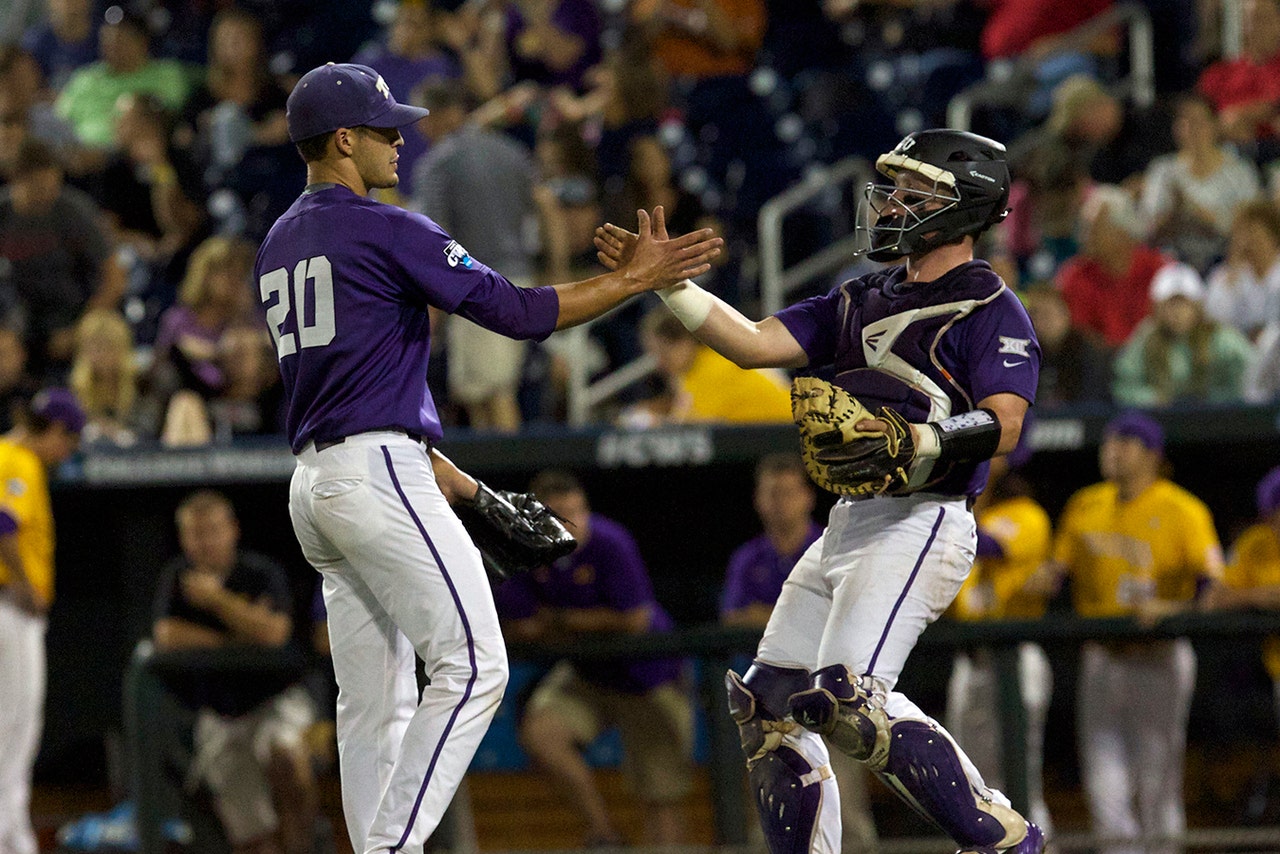 Teakell retired all 13 batters he faced after LSU tied the game, and the Horned Frogs went on to win 8-4 in a College World Series elimination game.

The Frogs (51-14), who beat the No. 2 national seed for the second time in five days, will play Vanderbilt on Friday night. TCU would have to beat the defending national champion Commodores twice to advance to next week's best-of-three finals.

Teakell (3-1) took over for starter Mitchell Traver with one out in the fourth and the game tied at 3. The fifth-year senior went a season-high 4 1/3 innings before turning things over to Preston Guillory.

"He completely changes the pace of games," TCU coach Jim Schlossnagle said. "I knew we'd have to use him in the middle of the game. I hoped to get through the fifth with Traver. But LSU is too momentum-driven. We had to change things there."

Teakell said Thursday's game was one of his favorites in 12 career NCAA Tournament appearances.

"I was able to really help my team in a big game," he said. "It's probably the biggest game we played all year. Every game right now is probably the most important game of the season. I was fortunate to have a good outing today."

TCU broke the tie in the fifth, with Skoug doubling in the go-ahead run and Steinhagen singling in two more. The Frogs added a couple of insurance runs in the seventh on a groundout and Steinhagen's RBI single.

"Just felt confident," said Steinhagen, who matched his season high with three hits. "Before every at-bat coach `Schloss' said to eliminate the curveball, and each time that's what I did. That let me get on time with the fastball, and I was ready for it every time."

Skoug said Teakell's poise under pressure was no surprise.

"We ask so much of Trey," he said. "For him to come in and be Mr. Reliable and come in, give us several good innings and keep us in the ballgame is amazing. He's been doing it all year. Without Trey, we would be a completely different ballclub."

The Tigers (54-12) were coming off a 5-3 win over Cal State Fullerton in which Alex Lange pitched a complete game. With no true No. 3 starter for LSU's third game in Omaha, coach Paul Mainieri decided to pitch by committee and used a CWS record-tying eight. Austin Bain (2-3), the third pitcher for the Tigers, took the loss.

"You have hopes and aspirations, and then the finality of it is so quick and so cruel," Mainieri said. "Your team wins 54 games and you win championships along the way, but the one you really want to win is so difficult. We just didn't pitch quite well enough today. We scratched and clawed as hard as we could, but it wasn't enough tonight, and because of that our season comes to an end."

Zac Person, a reliever who had worked only 29 2/3 innings in 30 appearances, drew the start for LSU and lasted 1 1/3 innings. He walked in a run in the second, and Hunter Newman came on and gave up Garrett Crain's two-run double on his first pitch.

The Tigers tied it in the third when Jake Fraley tripled into the right-center gap and scored standing up on a wild pitch by Traver that went through Skoug's legs.

LSU shortstop Alex Bregman, the No. 2 overall draft pick by the Houston Astros, was 1 for 4 in his final college game and made the defensive play of the CWS in the fourth. Derek Odell bounced a ball up the middle and Bregman went into the hole to glove it, and his momentum carried him three steps before he spun and threw off his right foot to easily get the runner at first.

Teakell, a ninth-round draft pick by the Detroit Tigers, has allowed no hits in 5 2/3 innings over two appearances in Omaha. He has pitched 14 straight scoreless innings over his last five appearances.

"He's the most valuable pitcher in our program maybe ever, at least in my 12 years," Schlossnagle said. "There have been high draft picks, but as far as guys who can pitch in any role, Trey's the best."