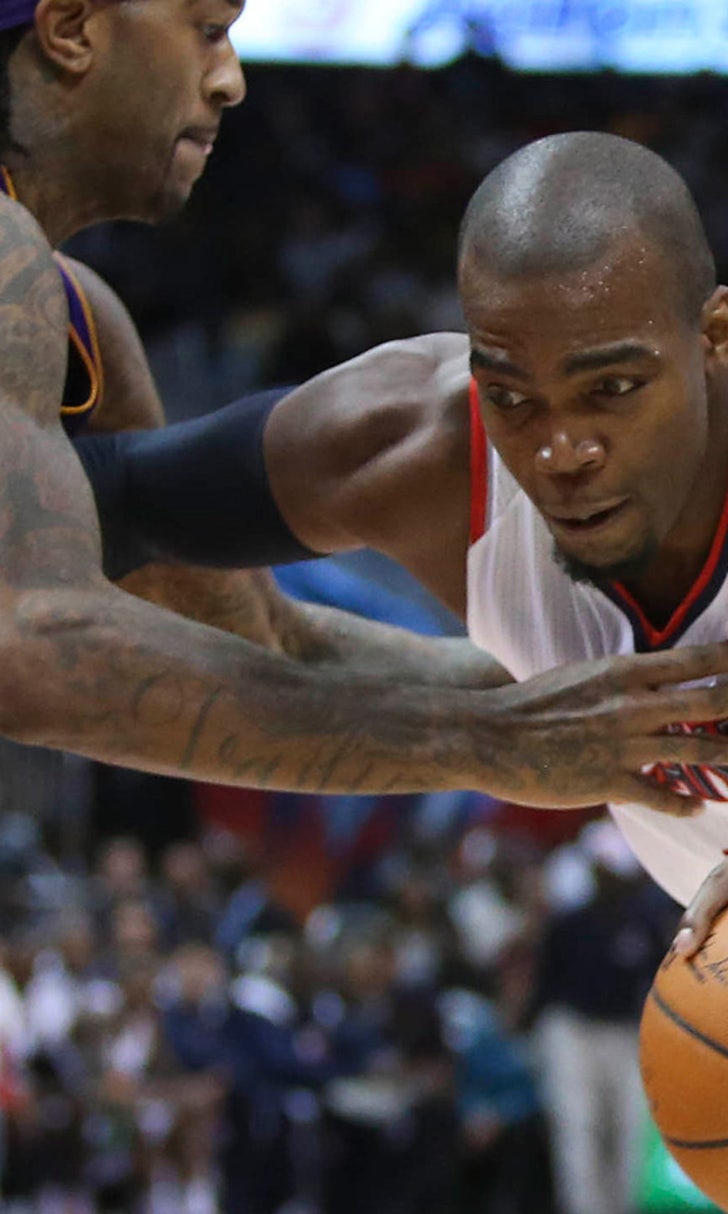 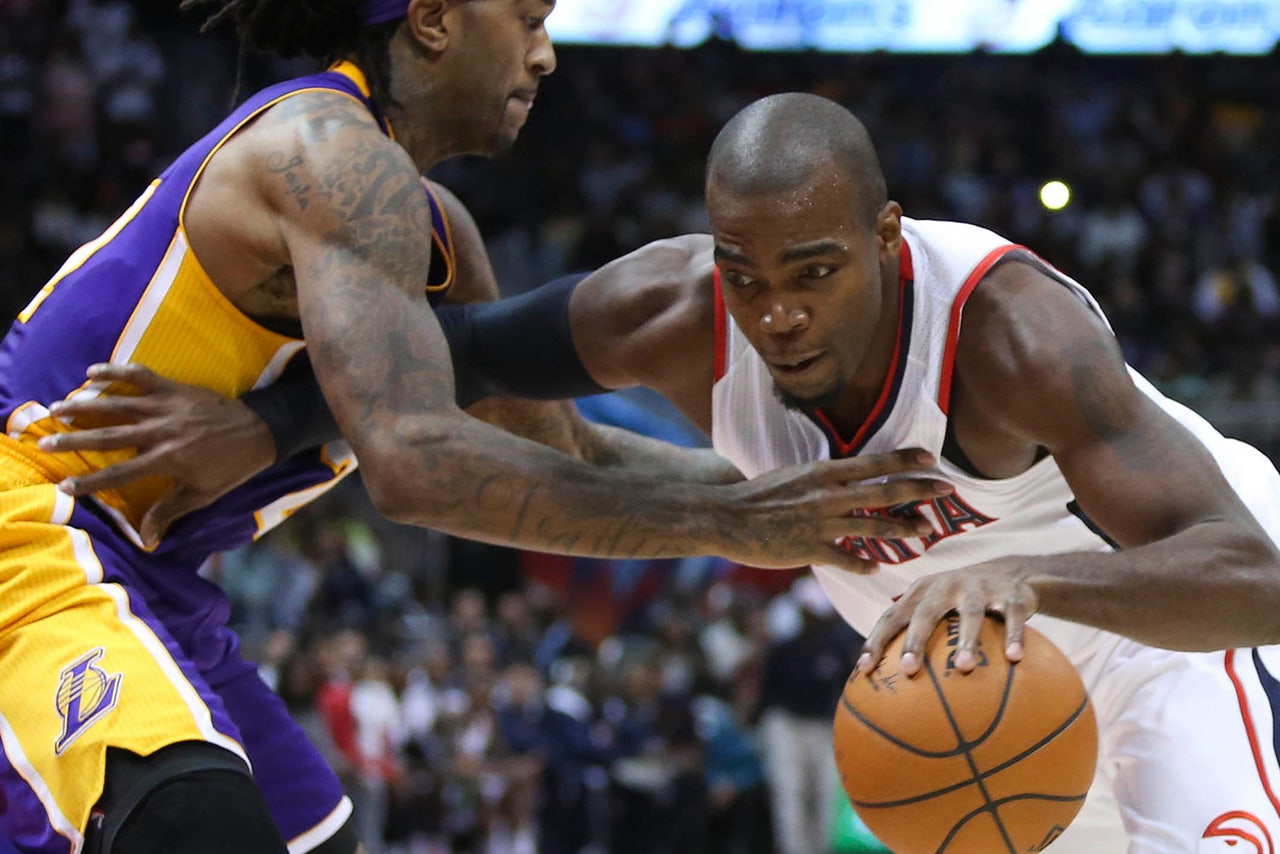 With Monday's victory over the Pacers, the Hawks have hit the quarter mark of the NBA's 82-game season and it's been an opening run that's seen an elevated level of play in Year 2 under coach Mike Budenholzer.

Atlanta currently sits second in the Eastern Conference at 14-6, but has done so with a strength of schedule ranked 25th out of 30 teams the level of difficulty is about to increase exponentially.

Over the next 20 games, the Hawks will have seven games against teams in the lead are tied atop their respective divisions -- the Cavaliers (two games), Grizzlies, Raptors, Rockets and Wizards -- two more who are in second place -- the Bulls and Clippers (two games) -- and also get the 16-win Mavericks, who sit fourth in the ridiculously deep Southwest.

Are the Hawks a top-tier playoff contender? We're about to find out, but here's what we know, or believe we know, about Budenholzer's squad after 20 games:

But after becoming a first-time All-Star with Horford sidelined, Millsap is playing at a higher level with his running mate back in uniform.

He's shooting at a higher percentage overall (48.2) and from three (36.2) and his 2.4 assists per game are nearly 1.0 a game more than he's ever averaged in his nine-year career.

Millsap's 47 steals lead the league, a rarity given that no power forward has ever claimed the steals crown -- not that Budenholzer is asking that out of him.

"He's not following our coaching ... I'm only half serious," he joked. "It's not something we really emphasize. We want to be solid and fundamental ... but he's got really great hands and great instincts.

It's really just a credit to him. Hopefully he can do it within the confines of our very boring, basic, fundamental defense."

As predicted before the season began, Horford's return (more on that later) has helped give the Hawks one of the league's best frontcourts. Among power forward/center combinations, where Horford and Millsap are tied for 19th in PER, only the Mavericks with Brandan Wright (second at 27.2) and Dirk Nowitzki (tied for seventh at 22.6) and Grizzlies' Marc Gasol (tied with Nowitzki) and Zach Randolph (15th at 20.1) match Atlanta with two players in the top 20.

The raw numbers speak to how much better this team has been with a year of Budenholzer's motion offense under its belt.

The points are up -- 103.5 after scoring 101 last year -- largely because in a system that's predicated on searching for the best short opportunities instead of creating them, the Hawks have been more adept at moving the ball around.

They now have 13 games with at least 25 assists, including a season-high 36 on Dec. 2 against the Celtics. Atlanta is currently on pace to have 48 games of 25 or more assists, which would be seven more than it had a year ago and the most in in the league since 2009-10.

But of more importance after last season's minus-0.5 points differential -- which was 17th overall and behind two teams that didn't make the playoffs -- the Hawks are currently 10th at plus-4.7.

The defensive rebounding remains an issue, where the Hawks are at rate of 73.5 (19th) despite that aforementioned frontcourt prowess of Horford/Millsap and it figures into a minus-3.1 differential on the boards (27th).

But with the Hawks increasing in the bottom line as the have four more wins than they did at this point last year, it's a transgression they can live with for now.

The Next Rajon Rondo is a label that has followed German import Dennis Schroder since the Hawks drafted him with the 17th pick in 2013.

But the truth is, beyond the speed and the length that are Rondo-esque, the 21-year-old Schroder is proving to be something very different in his defining season.

To put what Schroder is doing into Rondo perspective, the Celtics point guard had a 15.6 PER in his age 21 season and averaged 10.6 points. While Schroder's is at 9.2 points, over the last eight games that figures sit at 11.6 and has come with it an increase in minutes as he's played 18 or more four times, including 23 against Rondo and Co. on Dec. 2.

At this point, the better comparison for Schroder at this stage -- and this is certainly in line with Budenholzer and his Spurs roots -- is Tony Parker.

Like Schroder had that lightning-quick first step, Parker averaged 9.2 points and had a 11.7 PER as a rookie.

While this is technically Schroder's second season, he played just 13.1 minutes as a rookie, appearing in less than 49 games, making this his first run of meaningful minutes and putting him, at least at this moment, ahead of the curve vs. Parker in his best player comparison at this stage of their NBA tenures.

Monday's 25-point/eight rebound/three assist/three block performance from Horford represented a breakthrough of sorts for the two-time All-Star -- and not just because it was a season-high in points and the most since he's had since the Dec. 26 pectoral tear that ended his 2013-14.

The outing against the Pacers was just the fifth time Horford had filled a stat sheet to that degree in his eight-year career and it came with it a game score of 21.6.

That added to the 12.5 he had on Sunday vs. the Nuggets marked just the second time this season he'd posted back-to-back games with games scores of 12.5 or higher. The first came in the opening two games with 12.8 vs. the Raptors and 14.4 vs. Indiana and given that he hadn't played in 10 months, it was expected Horford would come out wanting to make a statement.

So what does all this mean? Horford's minutes have steadily climbed to the point where he's been on the floor no fewer than 29:02 the last five games, his longest such streak of the year, and that he's posted his best game of the season at the end of that run is proof Horford is back, or extremely close to it, to the level that made him an All-Star in 2010 and '11.

At 4-1 in the Southeast, with their only loss coming in overtime on Nov. 7 against the Hornets, the Hawks trail only the Trail Blazers (5-0) in division wins.

Unfortunately for Atlanta, the next time it will see one those squads is on Jan. 11 when Washington comes to Philips Arena. But the way the Hawks are playing against the teams they'll see a combined 16 times this season bodes well, especially after going 8-8 vs. the Southeast last year.