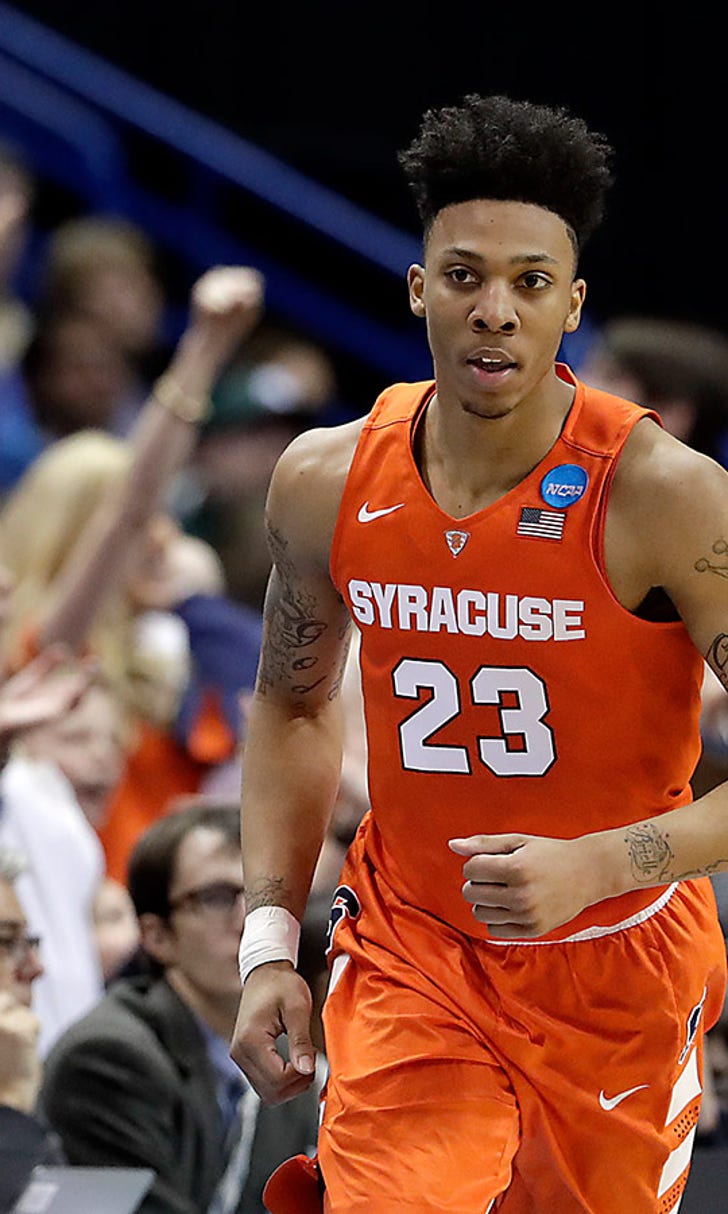 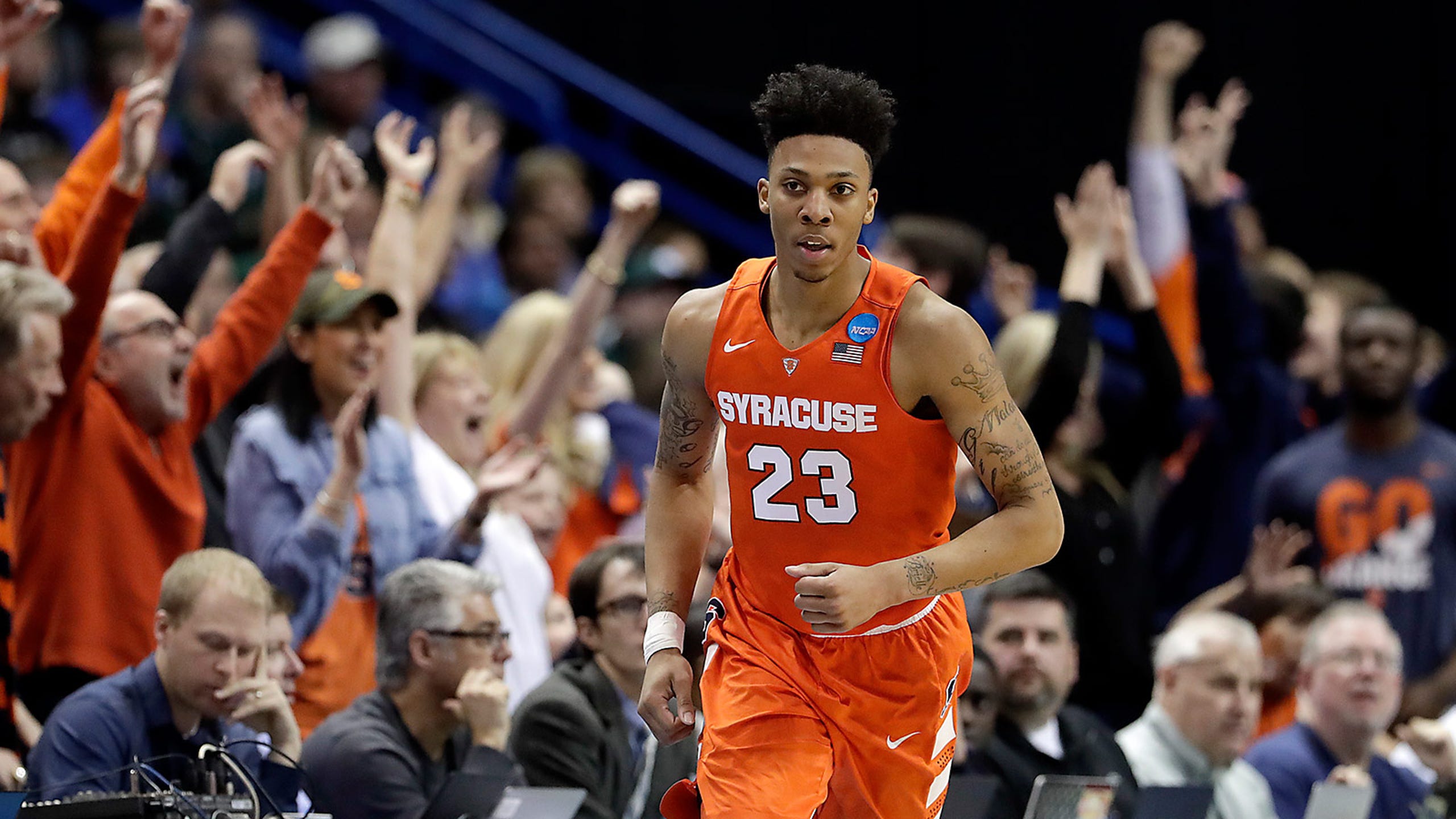 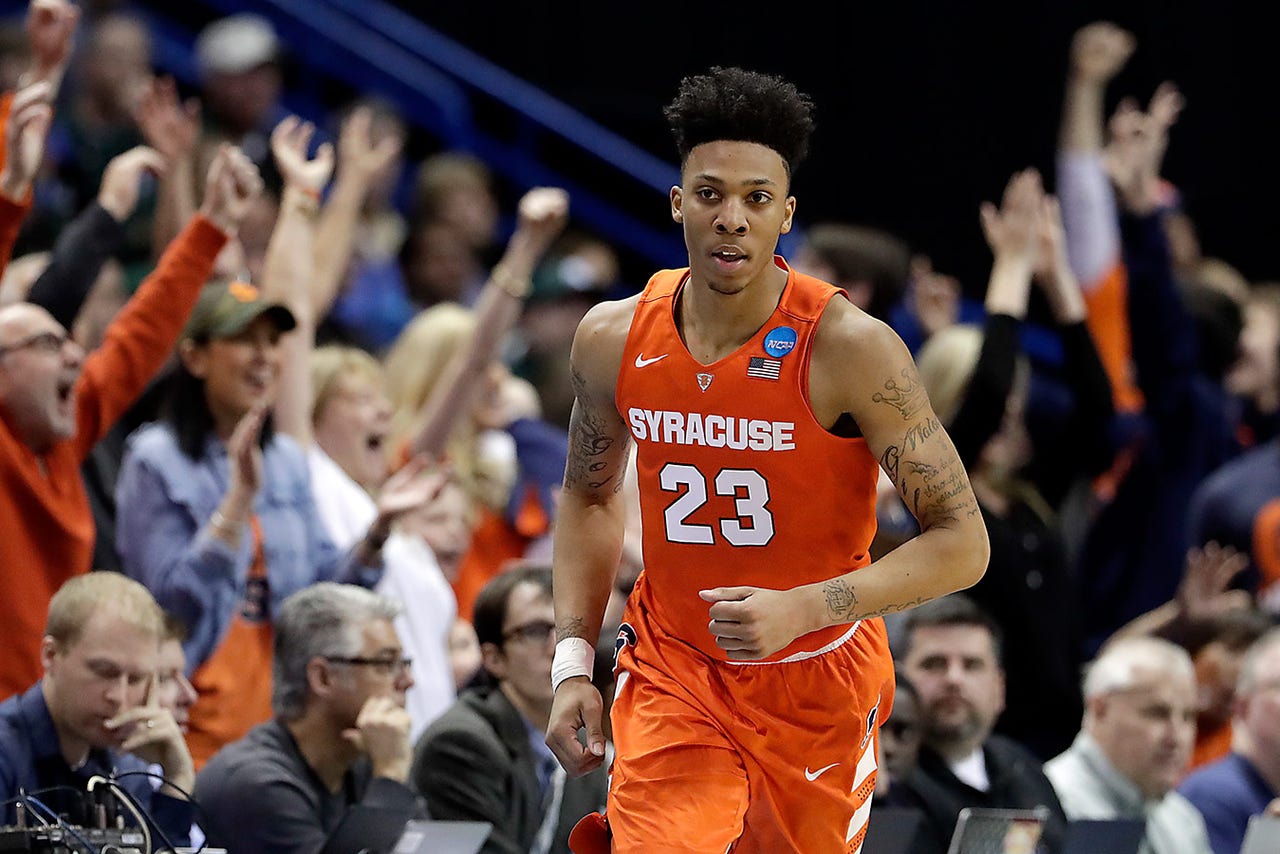 ST. LOUIS -- After routing Dayton in their NCAA Tournament opener, Syracuse guards Mike Gbinije and Trevor Cooney were asked whether they had heard all the naysayers who claimed they didn't belong.

Orange coach Jim Boeheim didn't give them a chance to answer. 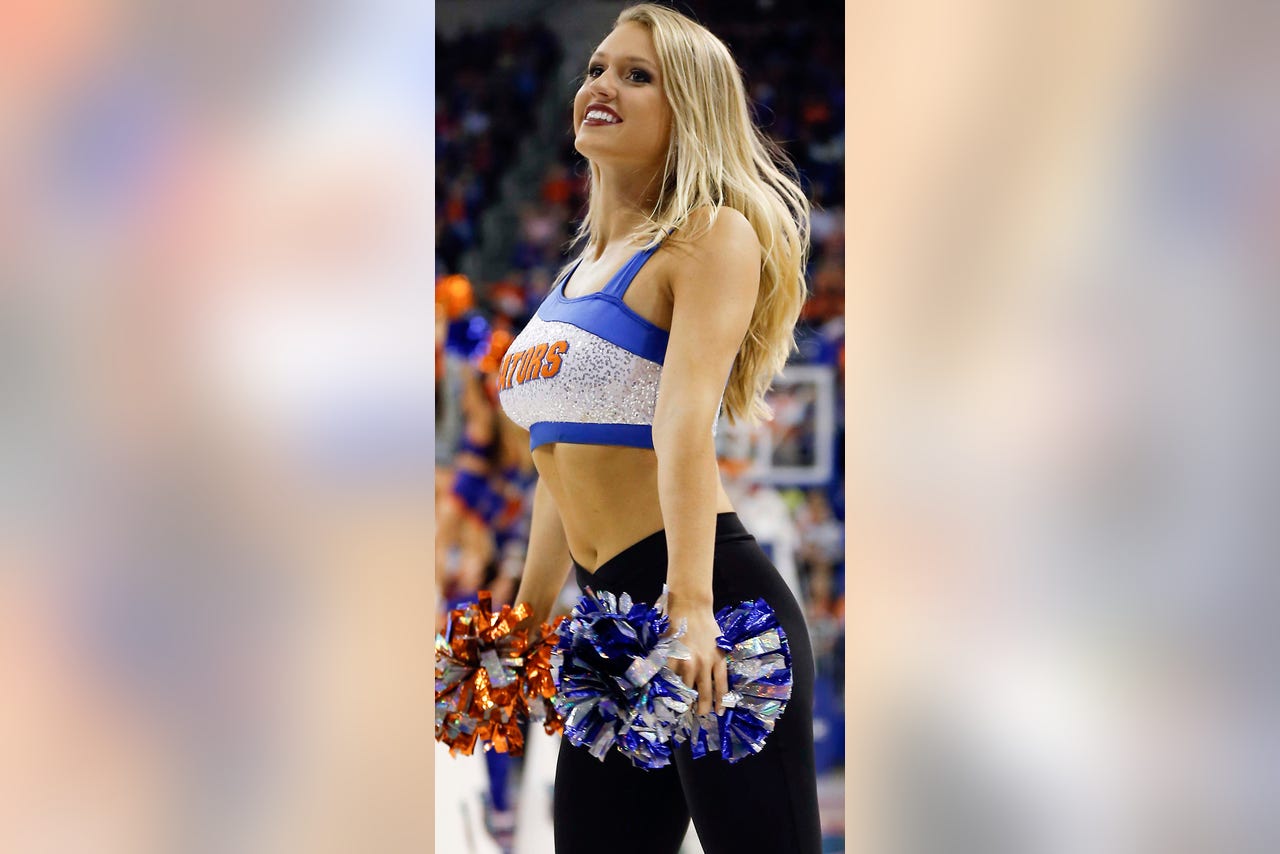 "Anybody that said we didn't deserve to be in obviously doesn't know anything about basketball," he said flatly. "They were just doing it to be cute and that's -- we don't need to react to those things."

Malachi Richardson scored 21 points, Tyler Roberson added 10 points and 18 rebounds, and the No. 10 seed Orange clamped down with their trademark zone in a 70-51 win over the seventh-seeded Flyers.

Up next will be No. 15 seed Middle Tennessee State on Sunday.

"We think we can play with anybody," said Boeheim, whose Orange (20-13) are back in the tournament after a one-year ban for academic misconduct and improper benefits. "We don't look at it as we're an underdog or whatever. We just think if we can play and play the way we are capable, we can beat anybody."

Charles Cooke led the Flyers (25-8) with 14 points, but he was 2 of 9 from beyond the arc. Scoochie Smith added 12 points as the regular-season Atlantic 10 champions shot just 32 percent from the field in the first-round game of the Midwest Regional.

"We tried to hang in there the best we could. We just didn't have enough juice on offense," Dayton coach Archie Miller said. "We need to make some shots against that zone."

The day began with tournament organizers scrambling to find nets when those sent to the site weren't regulation size. They ultimately poached a couple from Fontbonne University an hour before the tip.

Perhaps they should have checked the circumference of the rims, too.

Syracuse missed eight of its first nine shots. Dayton wasn't a whole lot better. And two teams that pride themselves on defense set offense back a couple decades with air balls and missed dunks.

Richardson finally got on track for the Orange, pushing them to a 30-28 halftime lead.

Their vaunted zone continued to bewilder Dayton in the second half, though the Flyers weren't much better when left all alone. One of the worst foul-shooting teams in the tournament missed four free throws in quick succession, allowing Syracuse to extend its lead to 39-29 with 15 minutes left.

No number of timeouts called by Miller could turn the momentum.

The advantage reached 53-33 on Cooney's 3-pointer midway through the second half. The way Dayton was shooting it -- 2 for 14 in the second half at that point -- it felt as if the game was over.

"We wanted to make sure we did a good job getting out to their shooters and take away that baseline pass when they had the two-guard front," Richardson said. "We did a great job of that."

The Orange coasted the rest of the way to give Boeheim a winning tournament return.

Their longtime coach was at the center of the NCAA investigation, which resulted in the loss of more than 100 of his victories. The school was also docked eight scholarships and Boeheim was forced to sit out nine games.

Slipping into the field on Selection Sunday, they showed Friday that they belonged.

"Everyone just showed up," Syracuse forward Tyler Lydon said, "and when everyone does that, it shows what type of a team we can be."

The Orange had a 48-28 edge on the glass, much of it thanks to Roberson. At one point he had 17 rebounds and the Flyers had 20.

Syracuse: The Orange lost 55-53 to the Flyers in the NCAA Tournament two years ago, missing all of their 3-point attempts. They were 8 of 22 from beyond the arc on Friday. ... Syracuse had lost five of its previous six games.

Dayton: The Flyers were 9 of 19 from the foul line. ... Miller was not yet born when Boeheim made his NCAA Tournament coaching debut in 1977. ... The Flyers had won eight straight against ACC opponents.

The Orange play the Blue Raiders on Sunday.