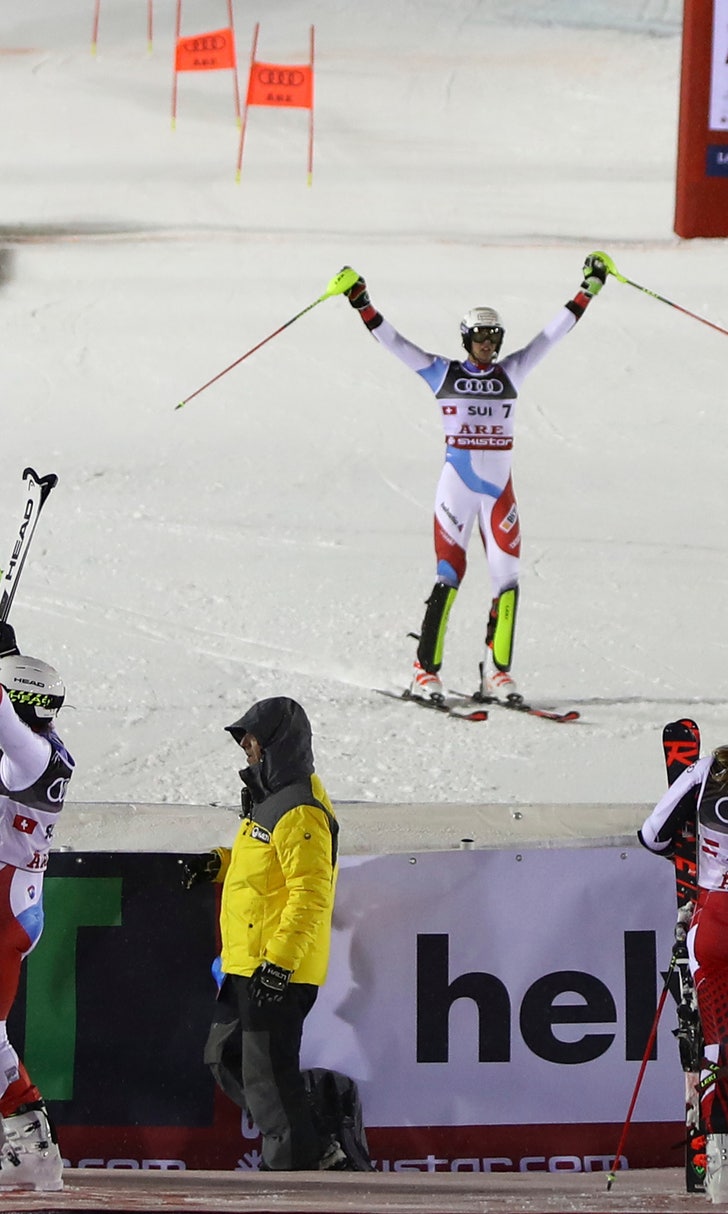 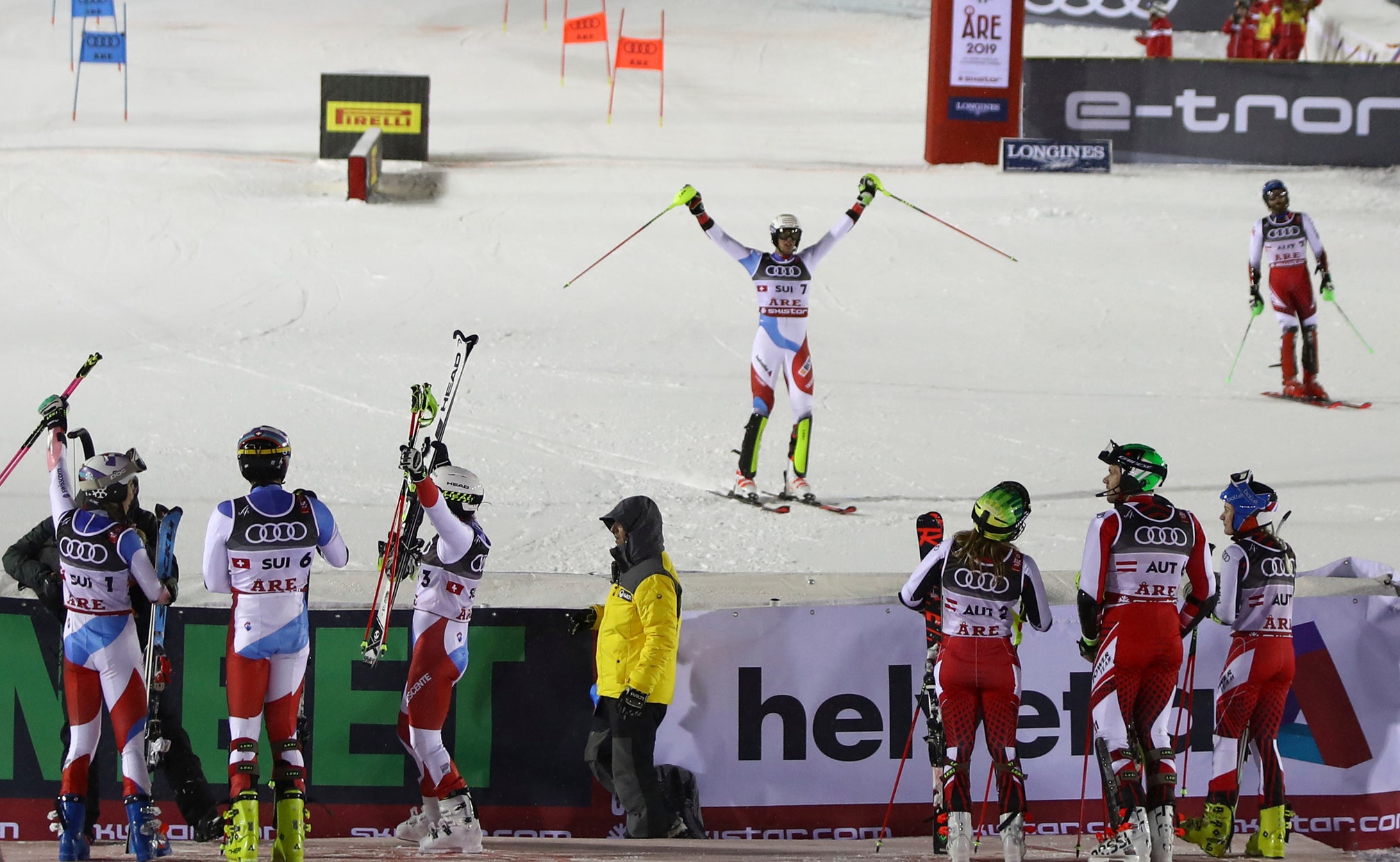 ARE, Sweden (AP) — Switzerland has now won gold in all 11 events in the history of the Alpine skiing world championships.

Ramon Zenhausern edged Marco Schwarz in the final run as the Swiss followed up their Olympic title from last year's Pyeongchang Games.

Wendy Holdener, who won the combined on Friday, gave Switzerland its first point.

The final finished 2-2 after the four parallel slalom races, with Switzerland winning thanks to a lower overall time.

Austria is the only other nation with world titles in the five men's races, five women's races and the team event.

"Big hats off to Wendy and Ramon who really pulled the rest of us through and put down the fastest times," Yule said. "It's nice for us pure tech guys to kick off the world champs this way."

Switzerland also beat Austria in the final in Pyeongchang.

Holdener and Yule both said that team spirit was the deciding factor.

"Even when we come to the city events on tour and meet up with the slalom girls we always have a game of football together or something like that," Yule said. "So that was a really important factor today. We just had fun.

"Even if we kicked out the Swedish group we were really happy about your support," Holdener told the flag-waving fans. "It was an awesome crowd today."

With Mikaela Shiffrin focused on her remaining individual events and Lindsey Vonn retiring after the downhill, the U.S. did not enter a team.