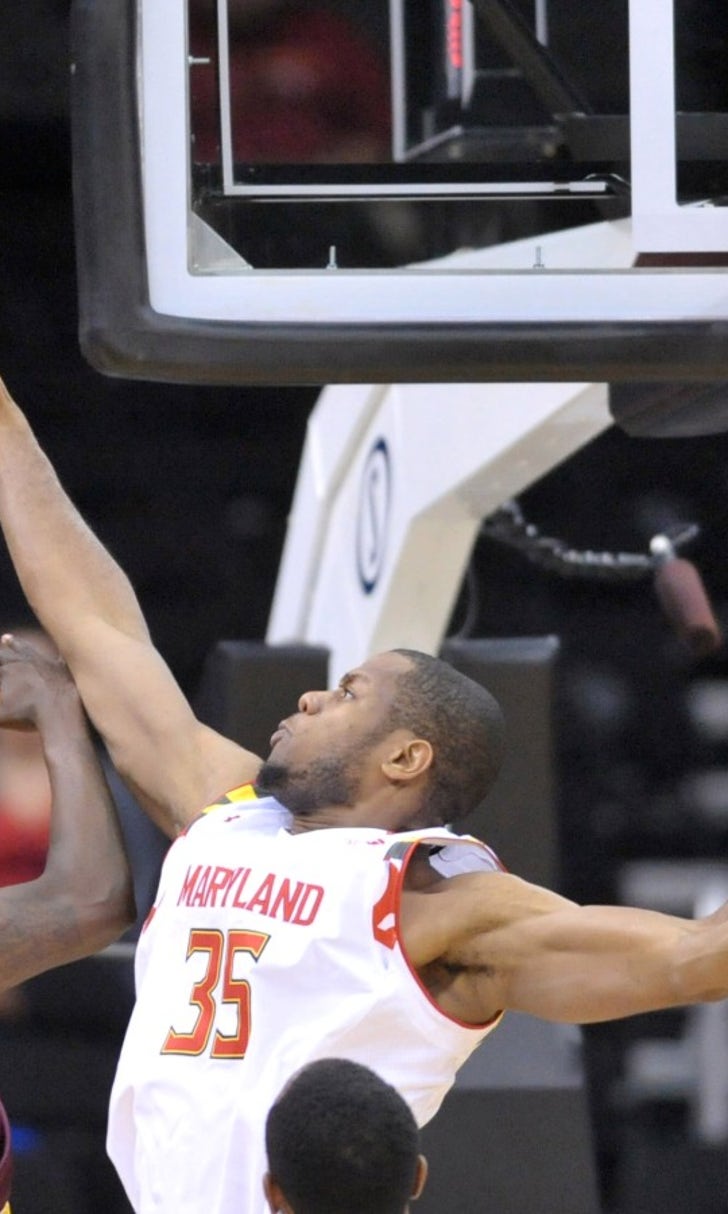 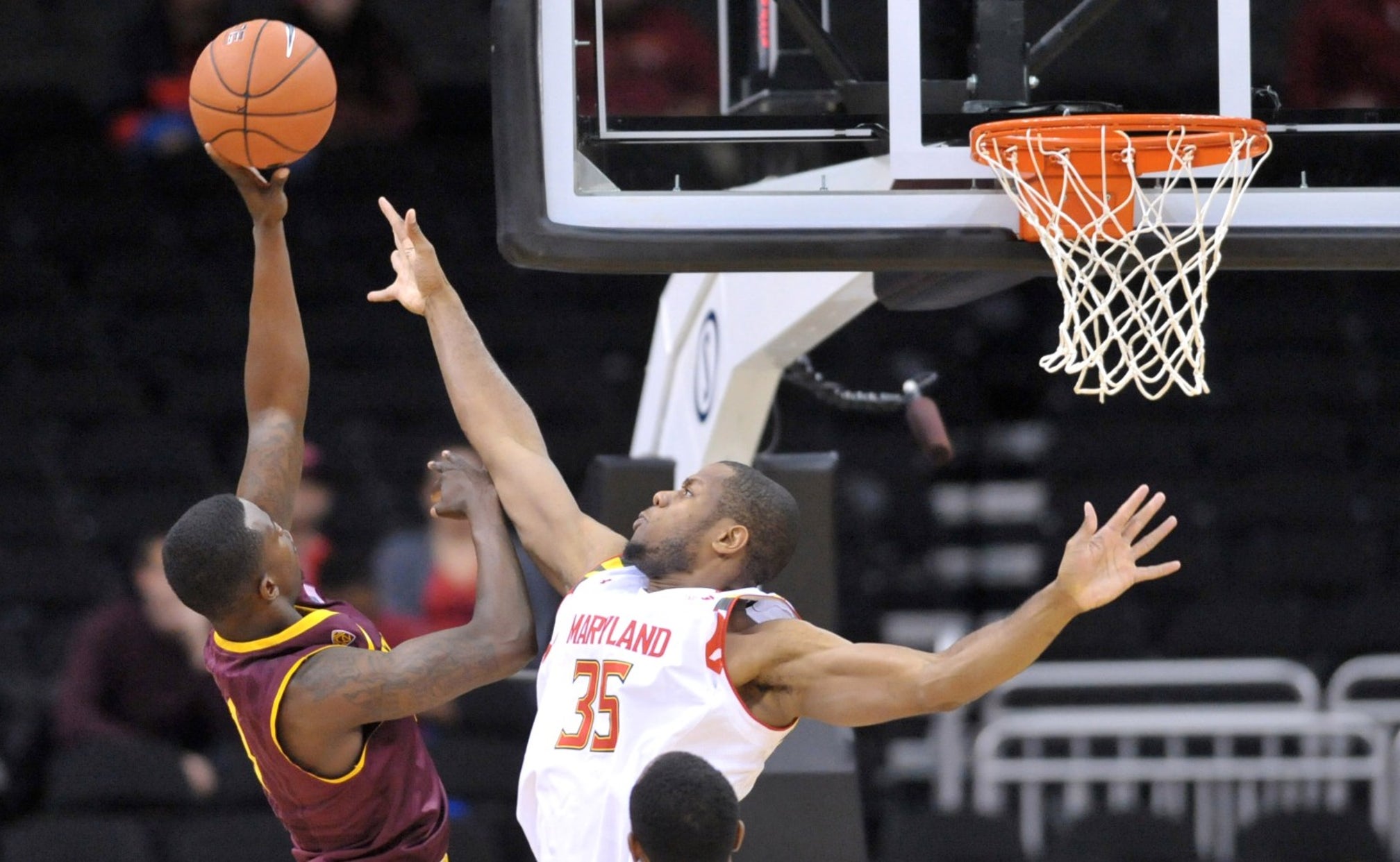 Sun Devils can't hang with Terps down the stretch 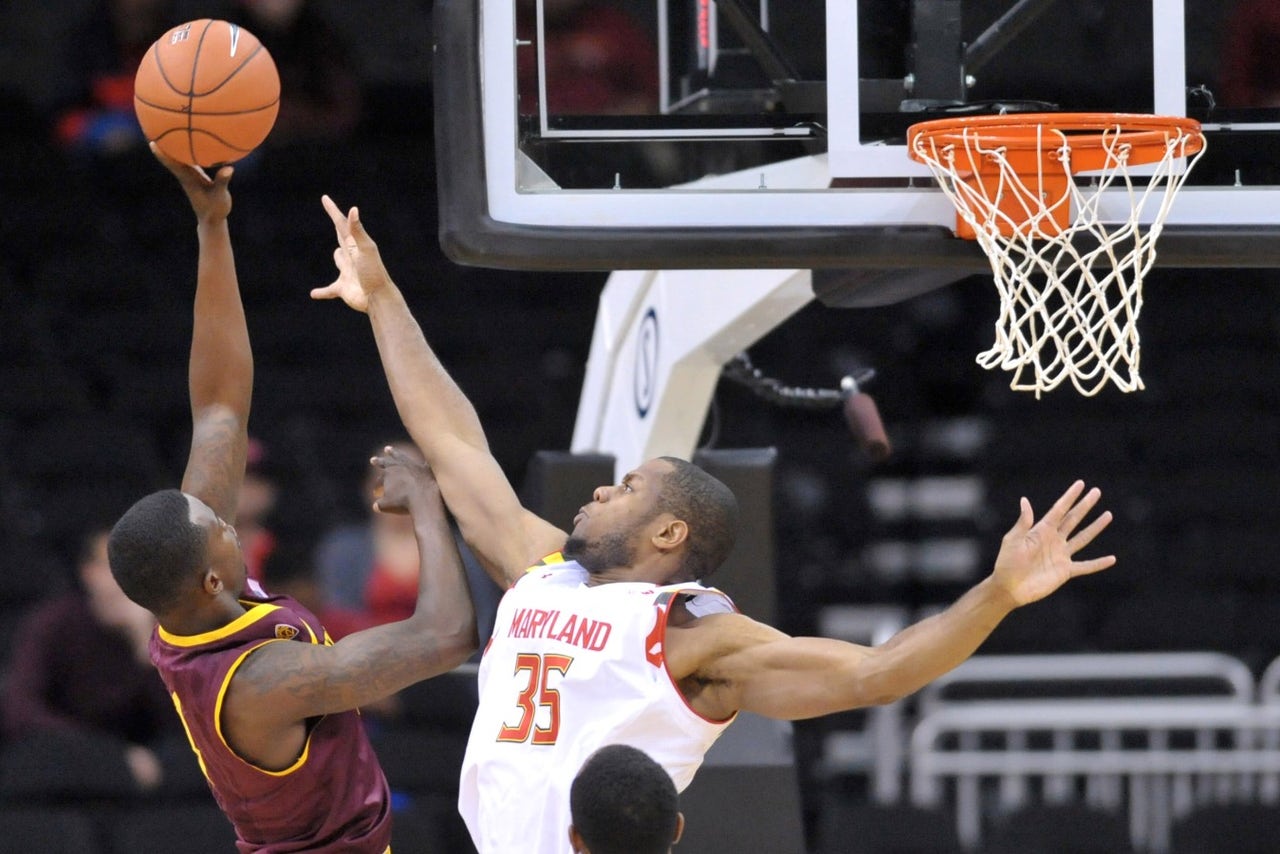 KANSAS CITY, Mo. -- Melo Trimble kept Maryland within striking distance with his slashing layups and ability to get to the foul line. When the game was on the line, it was time for Dez Wells to shine.

The gritty guard scored all but two of his 14 points in the second half, and teamed with Trimble to make several key baskets down the stretch, helping Maryland to a 78-73 victory over Arizona State on Monday night in the semifinals of the CBE Classic.

"We were going to Dez. I told the whole team, the whole staff," Maryland coach Mark Turgeon said. "We were just creating plays in timeouts, drawing them up in the dirt there, trying to get him the ball, letting him make plays. He made some big-time shots."

None bigger than the basket he made with 40 seconds left to give Maryland a 75-73 lead.

"(Turgeon) told me just make a good play. I thought it was a pretty good shot," Wells said with a smile. "It went in. That's all I care about."

After calling a timeout, the Sun Devils got the ball to freshman guard Kodi Justice, who had missed his first three shots. He clanked a midrange jumper off the iron, the Terps pulled down the rebound, and Trimble made two more free throws with 17.9 seconds left to help seal it.

"It wasn't what we were looking for at all," Sun Devils coach Herb Sendek said of the potential tying shot. "We didn't execute very well and to Maryland's credit, they defended well. It ideally wasn't the shot we were trying to get coming out of the timeout."

Trimble finished with 31 points and Jake Layman had 12 for the Terps (4-0), who advanced to play No. 13 Iowa State or Alabama in Tuesday night's title game.

Jon Gilling hit seven 3-pointers and had 21 points for the Sun Devils (3-1). Bo Barnes had five 3-pointers and 17 points, and Gerry Blakes and Eric Jacobsen finished with 14 points apiece.

"We have good shooters and they were shooting very well tonight," Sendek said. "Obviously Jon and Bo really paced us and really kept us going with their outstanding shooting."

The Sun Devils scored the game's first seven points, but nobody led by more than that the rest of the way. By the time halftime rolled around, the teams were engaged in a back-and-forth affair that was at times exceptional, at times exceptionally sloppy.

Trimble's hot hand began to cool off, and Arizona State opened a 61-57 lead on Gilling's 3-pointer with just over 10 minutes to go. But the Terps answered right back, seizing a 66-62 lead on back-to-back baskets by Wells, who was 1 for 7 from the field in the first half.

Arizona State, which relied all game on the 3-pointer, did so again in the closing minutes, when Barnes hit two more to give the Sun Devils a 71-69 lead with 2:15 left.

Wells answered at the other end with a putback off his own miss to tie the game.

It remained a nip-and-tuck matchup until the final minute, when Trimble and Wells took the outcome into their own hands. They scored six straight points to help seal the win.

"I've seen Melo play and I knew he was going to keep his cool," Wells said. "It makes it easy for everyone else to have a point guard who is so poised."

While the Sun Devils lived by the 3-pointer, the Terps lived in the paint, where they outscored Arizona State 42-40. Maryland also had a 16-2 advantage in second-chance points. "In the end," Turgeon said, "inside won down the stretch."

Arizona State: The Sun Devils finished 14 of 27 from beyond the 3-point arc. They were out-rebounded 34-24, despite having a size advantage in the paint.

Maryland: Trimble did most of his damage slashing to the basket. He was 13 of 14 from the foul line.

Arizona State: The Sun Devils face the loser of Iowa State-Alabama in the third-place game.

Maryland: The Terps face the winner of Iowa State-Alabama in the title game