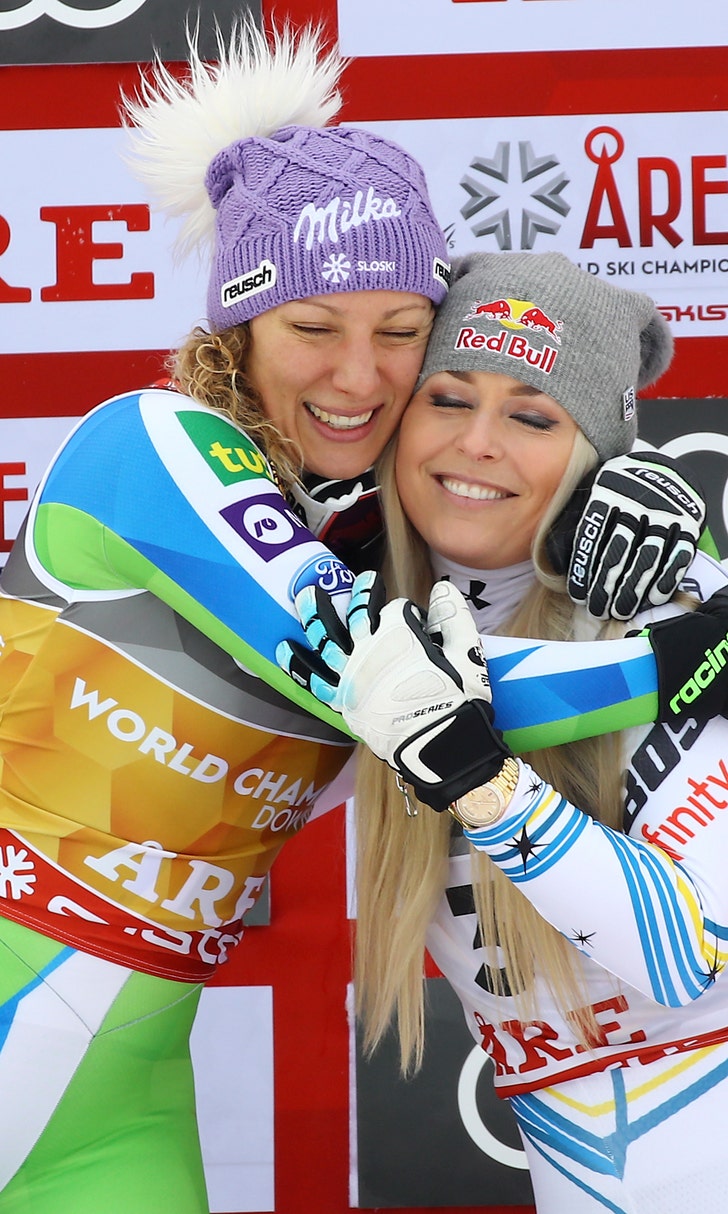 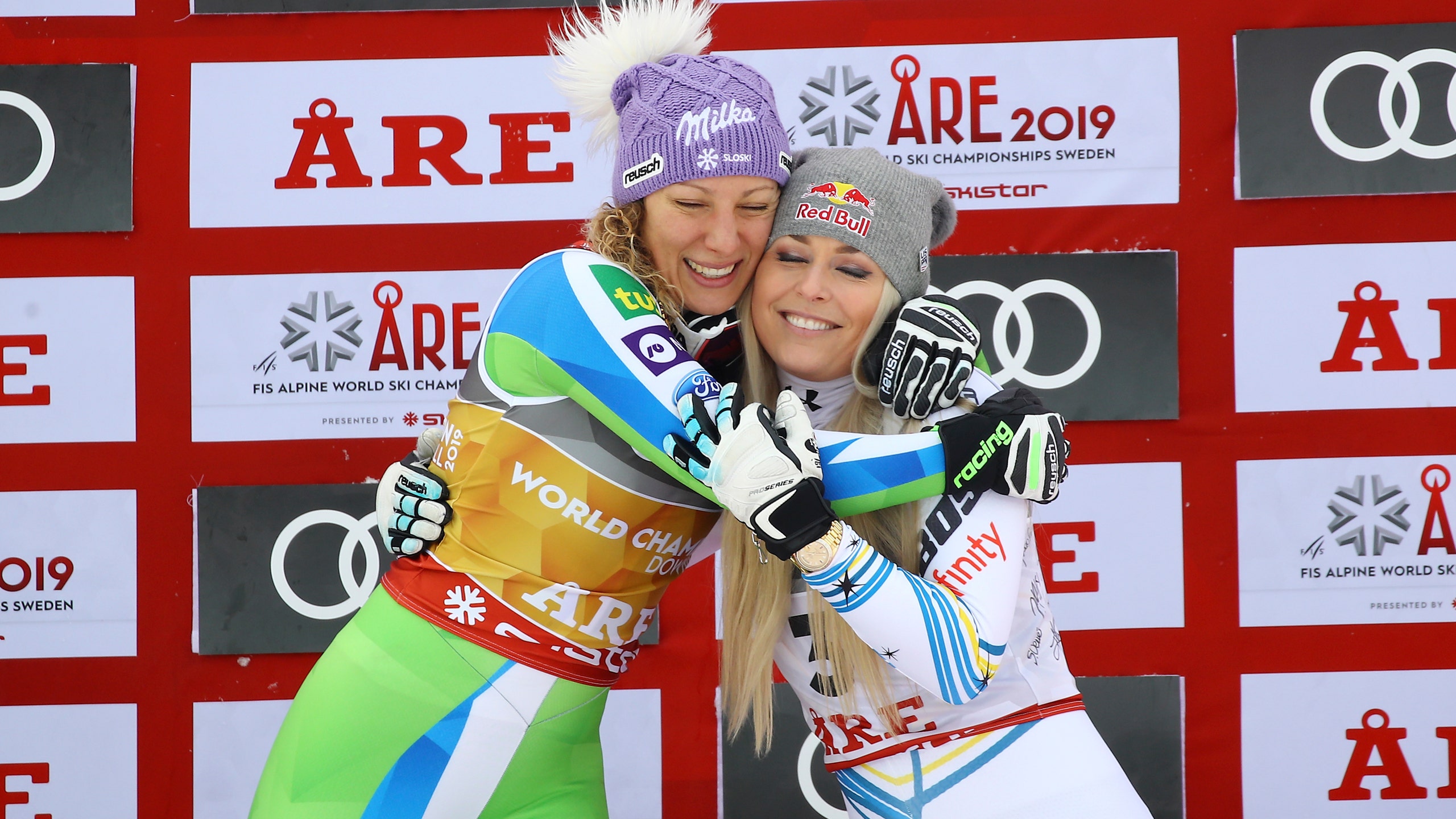 ARE, Sweden (AP) — The Lindsey Vonn circus had rolled back into town, and that suited Ilka Stuhec just fine.

All the talk at the world championships on Sunday — and indeed for the last few days — was whether Vonn could mark the last race of her career with a victory in the downhill. The spotlight, as ever, was almost totally on the American.

Stuhec ended up spoiling the party.

With Vonn sitting on the leader's throne and the potential of a glorious finale increasing by the minute, Stuhec produced a virtually flawless run from No. 9 in the field to top her rival and become the first woman to retain the world downhill title since Maria Walliser in 1989.

"She has won everything, won so much, and I was really honored to be there (on the podium) with her for her last time," the Slovenian skier said of Vonn.

Vonn, who finished third, still hogged the limelight. She was the last skier to leave the finish area after all the celebrations with her family and friends, the person the legion of photographers wanted to snap, the one Swedish great Ingemar Stenmark had traveled to watch.

But this was also a day to savor for Stuhec, who — like Vonn — has proved capable of bouncing back from serious injury.

She missed all of last season after tearing the anterior cruciate ligament in her left knee during a crash while training on the glacier in Pitztal, Austria. She watched the Winter Olympics last February from home, getting up at 3 a.m. like a "crazy fan."

Initial results this season were mixed but Stuhac underlined her threat ahead of the worlds by winning the downhill and super-G at Val Gardena in December.

She was way too good for the rest Sunday, winning by 0.23 seconds from Corinne Suter and 0.49 from Vonn, to successfully defend her title from St. Moritz, Switzerland, in 2017. The fact it was a shortened course, because of fog and wind, made the margin of victory even more impressive.

"From a surprise point of view, this one was a bit bigger," she said. "Two years ago, I was really winning a lot, having a great season and having a lot of self-belief. This season was a comeback season."

Amid the commotion surrounding Vonn this week, Stuhec said "I just want to ski, leave me alone" and that having fewer distractions would actually help her.

That proved to be the case, although the presence of six men dressed as kurents — 8-foot mythical Slovenian beasts wearing coats of nine shorn sheep with bells stitched on — was a sign of Stuhec's presence in Are.

"We met in St. Moritz and they just decided to come and support me," she said. "They said, 'Of course, yeah, we are going to the Olympics and world championships.' They went to the Olympics, I didn't! But it's really great to have them here."

With Vonn gone, the 28-year-old Stuhec might be ready to dominate speed racing like she did in 2017.

"There's probably nobody doing a better tuck on the circuit than she and she is extremely aerodynamic," said Norwegian skier Ragnhild Mowinckel. "I know how hard she has worked for this. She deserves it."