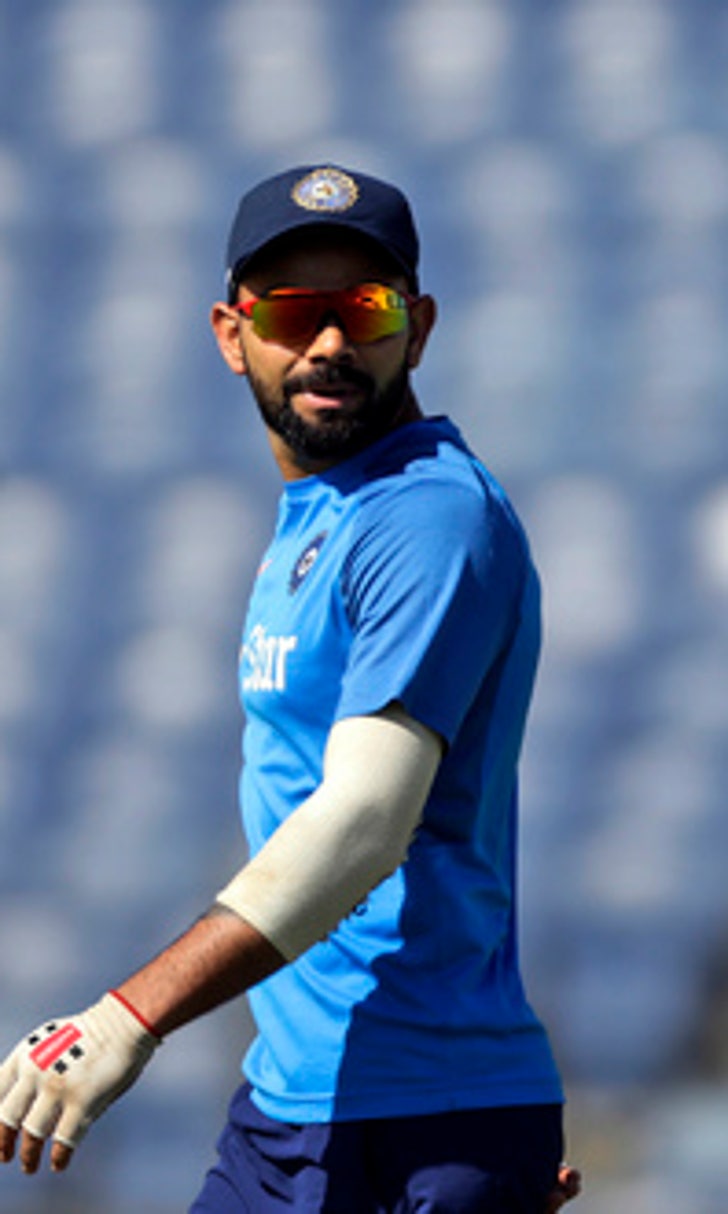 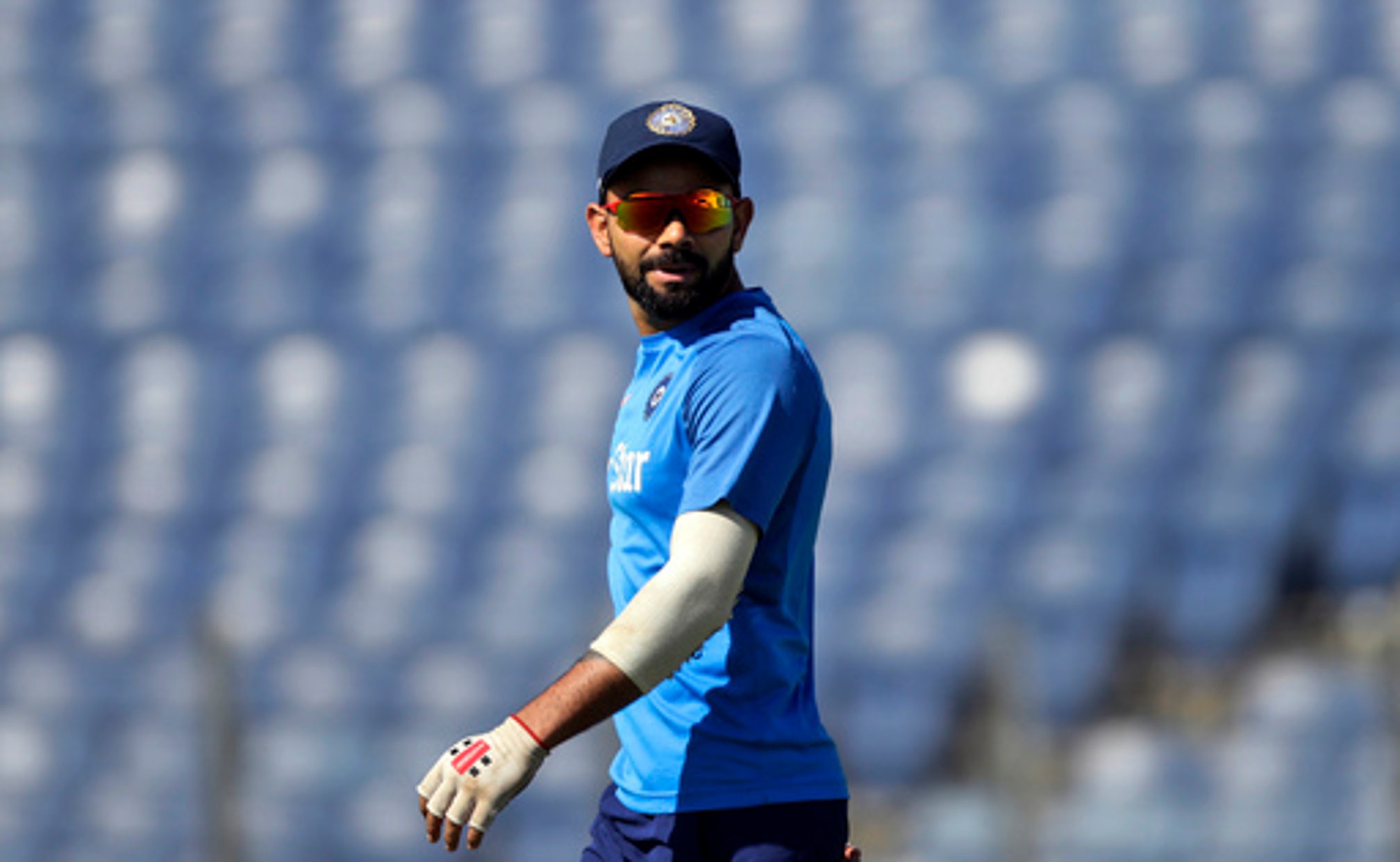 PUNE, India (AP) Mitchell Starc hit a counter-attacking 47-ball half-century as Australia finished day one of the first test against India at 256-9 on Thursday. Opener Matt Renshaw recovered from an upset stomach to score an invaluable 68.

At stumps, Starc was unbeaten on 57, while Josh Hazlewood was 1 not out. Starc contributed 49 in their 51-run partnership for the 10th wicket. Umesh Yadav took 4-32.

Australia won the toss and opted to bat on a dry and dusty wicket that immediately span. They made a promising start, despite spinner Ravichandran Ashwin (2-59) coming on to bowl in the second over. Renshaw and David Warner (38) put on 82 for the first wicket before a bizarre 2-for-1 departure just before lunch.

''It was always the plan to open the bowling with Ashwin and Ishant Sharma. We wanted to give them first go at the two left-handed openers,'' said India's assistant coach Sanjay Bangar, after the day's play.

Warner dragged paceman Umesh Yadav's second ball back onto his stumps at the start of the 28th over and was out for 38. New batsman Steve Smith (27) barely had time to reach the crease before Renshaw retired not out on 36 and left the field, apparently because of an upset stomach.

''I was struggling to get until lunch. I didn't know the rules, so I first made sure I could retire and resume my innings later. Steve wasn't thrilled about it, but he understood. When you have to go to the toilet, you just have to go. That's life,'' said Matt Renshaw after the day's play.

No. 4 Shaun Marsh (16) had to join Smith and the pair survived until lunch. After the break, they looked to bat for time. They were at the crease together for 19.1 overs, but put on only 37 runs for the second wicket at 1.93 per over as India dried up the runs.

The partnership was broken in the 47th over as Marsh was caught at leg slip off Jayant Yadav (1-39). Peter Handscomb (22) then put on 30 runs with Smith for the third wicket but the pace of scoring didn't improve as they batted out 12.4 overs.

It resulted in a double blow just before tea. Ravindra Jadeja (2-74) trapped Handsomb lbw in the 60th over, and in the very next over, Smith was caught at midwicket off Ashwin.

After tea, the downfall began when Jadeja trapped Mitchell Marsh (4) lbw. Umesh Yadav then trapped Mathew Wade (8) lbw in the 76th over of the innings. He put on 24 runs with Renshaw, who scored his second half-century off 125 balls, resuming his innings after Handscomb's dismissal.

Ashwin then had Renshaw caught at second slip. In all he faced 156 balls, and hit 10 fours as well as a six. ''It was tough for me to resume my innings after waiting a couple hours. I am used to opening the innings. I wanted to make the most of my stay at the wicket and get the team into a good position. Starc's half-century at the end of the day obviously helped our situation,'' said Renshaw, after his first day of test cricket on Indian soil.

After Australia crossed 200 in the 81st over, Umesh Yadav removed Steve O'Keefe (0) and Nathan Lyon (0) off successive deliveries. Wicketkeeper Wriddhiman Saha held a superb diving catch to his right to dismiss O'Keefe, while Lyon was trapped lbw.

Australia were reduced to 205-9, and India took the new ball after 84 overs. But this spurred Starc to hit out and he smacked five fours and three sixes in his 58-ball stay.

The last pair batted for 51 minutes and frustrated India, whilst providing some respectability to the total as Australia crossed the 250-mark before the end of play. It made for some cheer for the visitors after a lot of talk about the raging turner laid out for this match.

''250-odd is a lot of runs on this wicket. Australian batsmen used their feet well against the spinners and showed that with application you can score runs here. We would have liked to restrict them to 230,'' Bangar said.