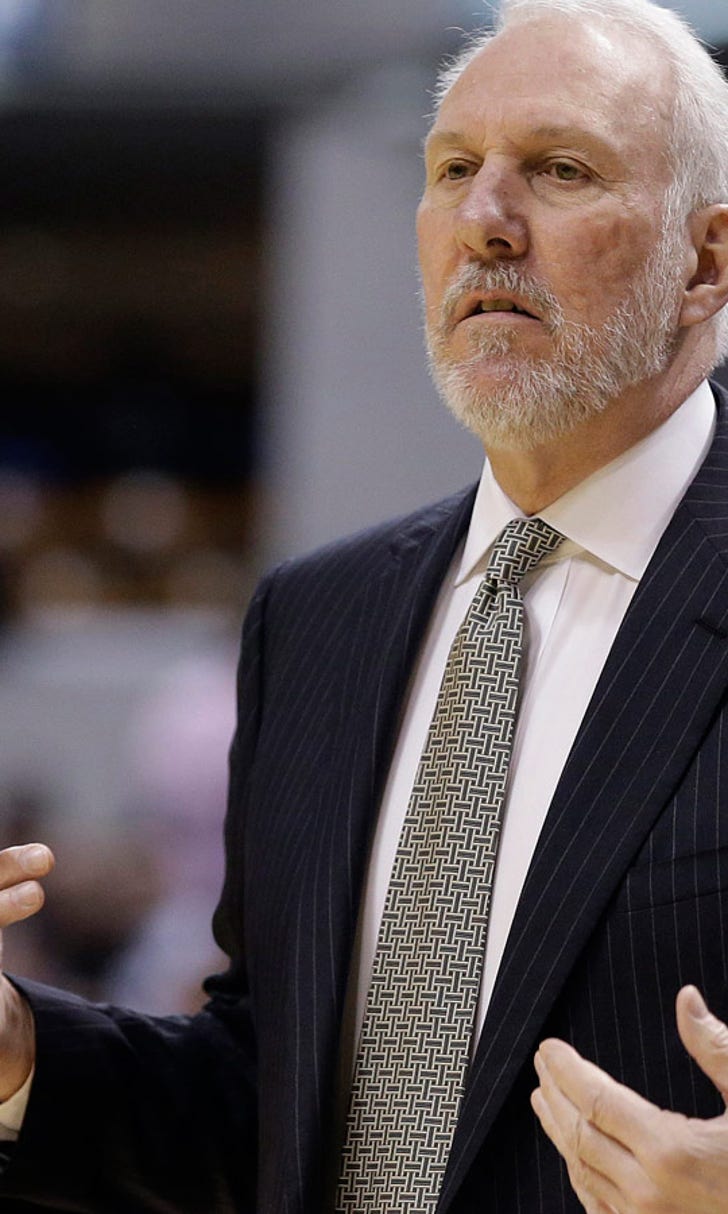 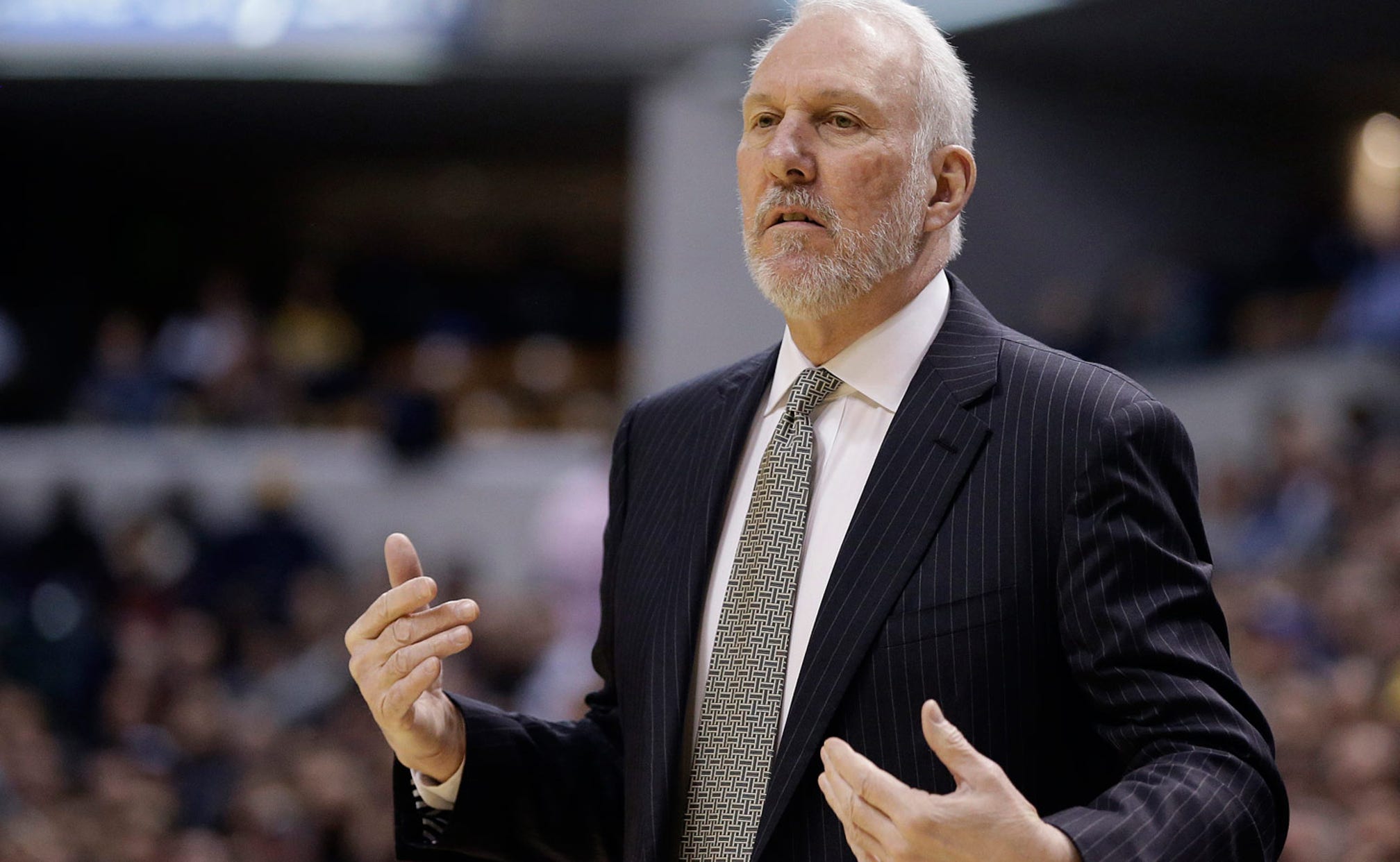 previous story
Boston U cruises past Lafayette 74-60
next story
Arkansas women hold off No. 24 Georgia for 54-48 win 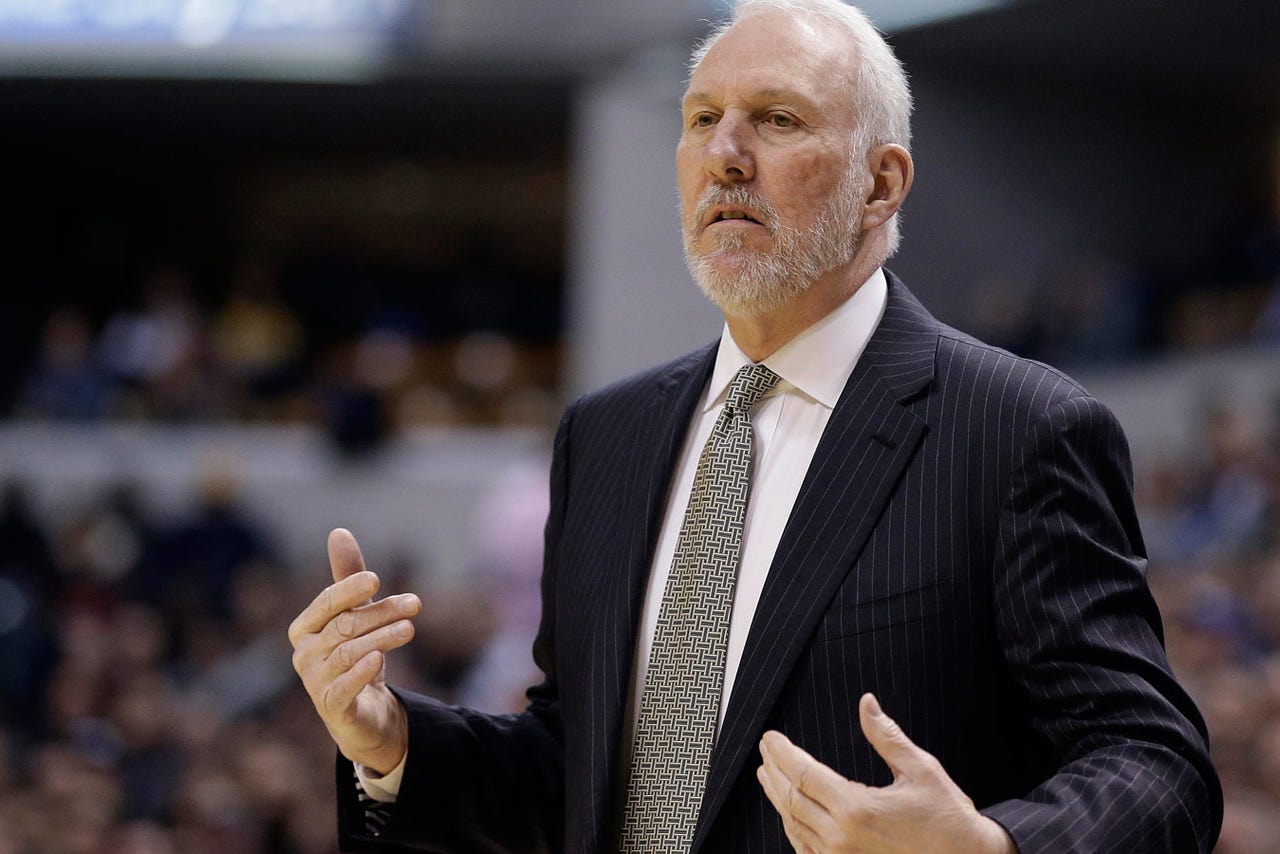 San Antonio rallied from a 14-point fourth-quarter deficit and got an 18-foot baseline jumper from Marco Belinelli with 2.1 seconds left to give Popovich a milestone 95-93 victory at Indiana.

"I've been here a long time and I've had good players. That's the formula," Popovich said. "Getting the players is difficult, but I've been fortunate to have good ones. The time, that's the most important element. You have to be around for a while, I guess."

Popovich celebrated in his typical low-key way. He walked to midcourt, put an arm around Pacers coach Frank Vogel, hugged one of his former players and stoically strolled into the Spurs' locker room, though he later acknowledged he might drink some wine.

While Popovich does have five NBA championships, few midseason wins have come with this much fanfare.

Only two coaches, Phil Jackson and Pat Riley, reached 1,000 wins faster than Popovich. Only one other coach, Jerry Sloan, achieved the feat with one team. Sloan won 1,127 games with Utah. Popovich is 1,000-462 in 19 NBA seasons, all with San Antonio.

And it came on the most fitting stage of all for the Indiana native. Popovich was born in northwest Indiana and grew up playing high school basketball in Merrillville, Indiana.

But it was Popovich's players who wanted this win most -- and it showed as they erased a nine-point deficit over the final 5 1/2 minutes.

Belinelli finally tipped the game with his jumper just before the shot clock expired, and George Hill's 3-pointer for the win bounced off the rim at the buzzer.

"A thousand wins, that's a lot of wins, and I feel very lucky that I've been with him for a lot of them," Tony Parker said after scoring 19 points. "We've experienced so much stuff together. I'm just very happy for him."

Popovich played this one with some caution.

After Sunday night's loss in Toronto, he deactivated Manu Ginobili and carefully tracked the minutes of Parker and Tim Duncan. Parker and Duncan, who had 15 points and eight rebounds, each played 30 minutes, 23 seconds and didn't enter the fourth quarter until just before the closing run began.

"We just weren't solid enough down the stretch and gave them too many extra possessions," Pacers forward David West said. "We're disappointed we let this game get away."

West finished with 10 points and a season-high 18 rebounds for Indiana. Rodney Stuckey had 19 points as the Pacers' three-game winning streak came to an end.

But Indiana managed only one more basket, a 20-foot pull-up jumper from Stuckey with 2:33 left.

In between, the Spurs' teamwork and ball movement, two of Popovich's trademarks, put the Pacers on their heels. Danny Green's layup and Kawhi Leonard's three-point play got the final rally started. When Duncan put in another layup and Parker made two free throws, the score was tied at 91 with 2:59 left.

After Stuckey's basket and Aron Baynes' tip-in with 56.7 seconds tied it again, Belinelli made his shot. Hill did not.

"He probably downplayed it as much as I will," Duncan said. "It's another win. It'll look great when we look back on it." 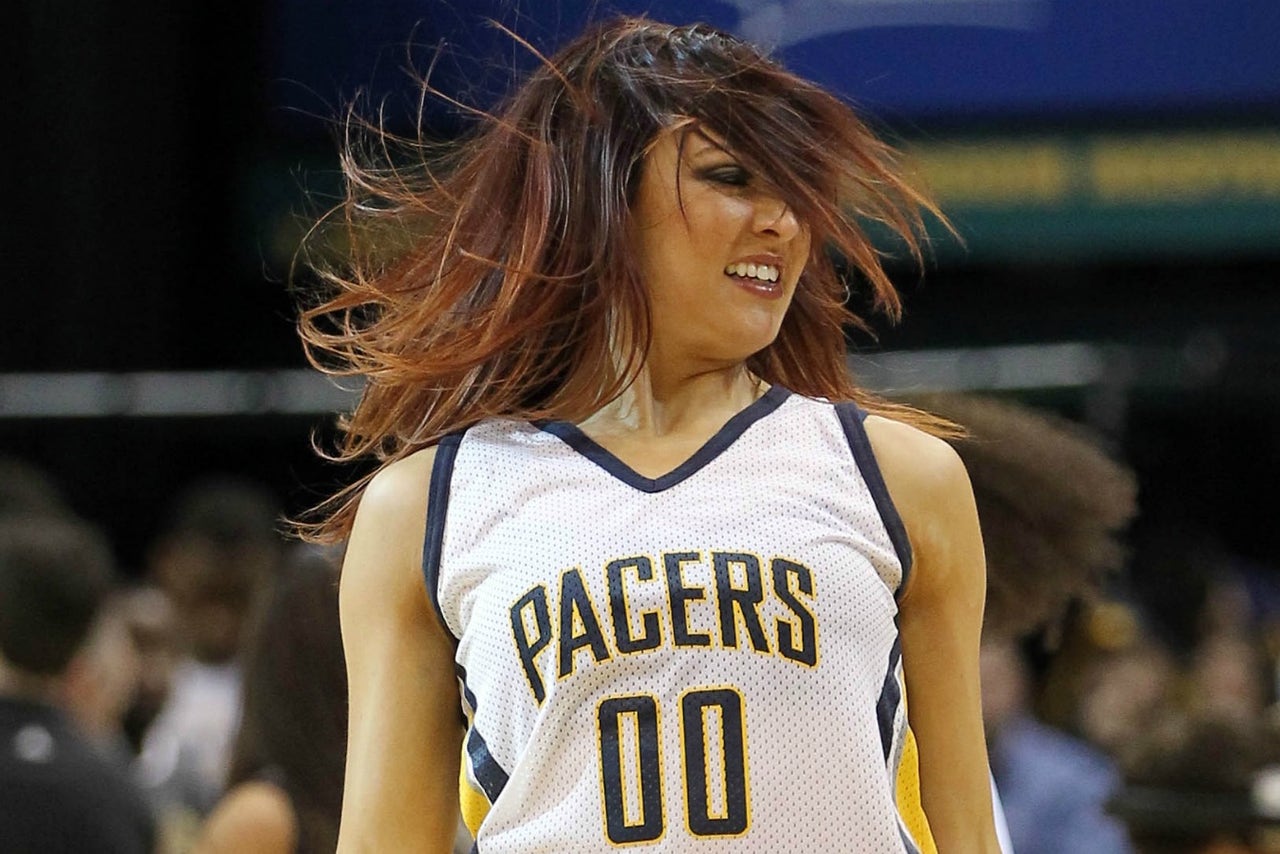 Spurs: San Antonio has dominated this lopsided series, winning 14 of the past 15. But this year's season sweep came with a strange twist: The Spurs won each game with a different coach. Assistant coach Ettore Messina stepped in for Popovich and led the Spurs to a 106-100 win Nov. 26.

Pacers: How tough have things been this season for Indiana? The Pacers haven't won four straight in 11 months. And San Antonio has won seven straight on the Pacers' home court. Indiana's last home win against Popovich came in April 2007.

Since taking over as the Pacers' coach, Vogel has watched his team go from playoff hopeful to back-to-back Eastern Conference finals appearances. But like most coaches in the league, Vogel views Popovich as a mentor for how to do things right in the NBA. "He's somebody that all of us active coaches look up to and sort of the godfather of the active coaches right now," Vogel said. "We all look up to him and try to emulate him and try to learn from him."