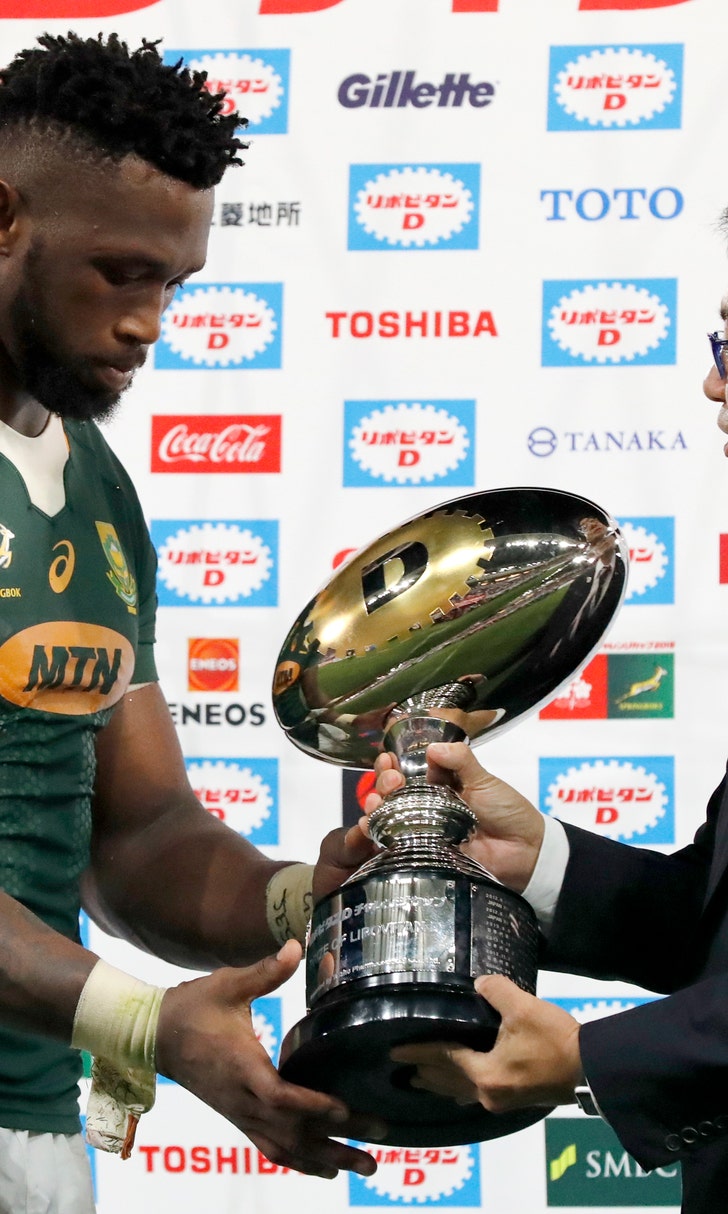 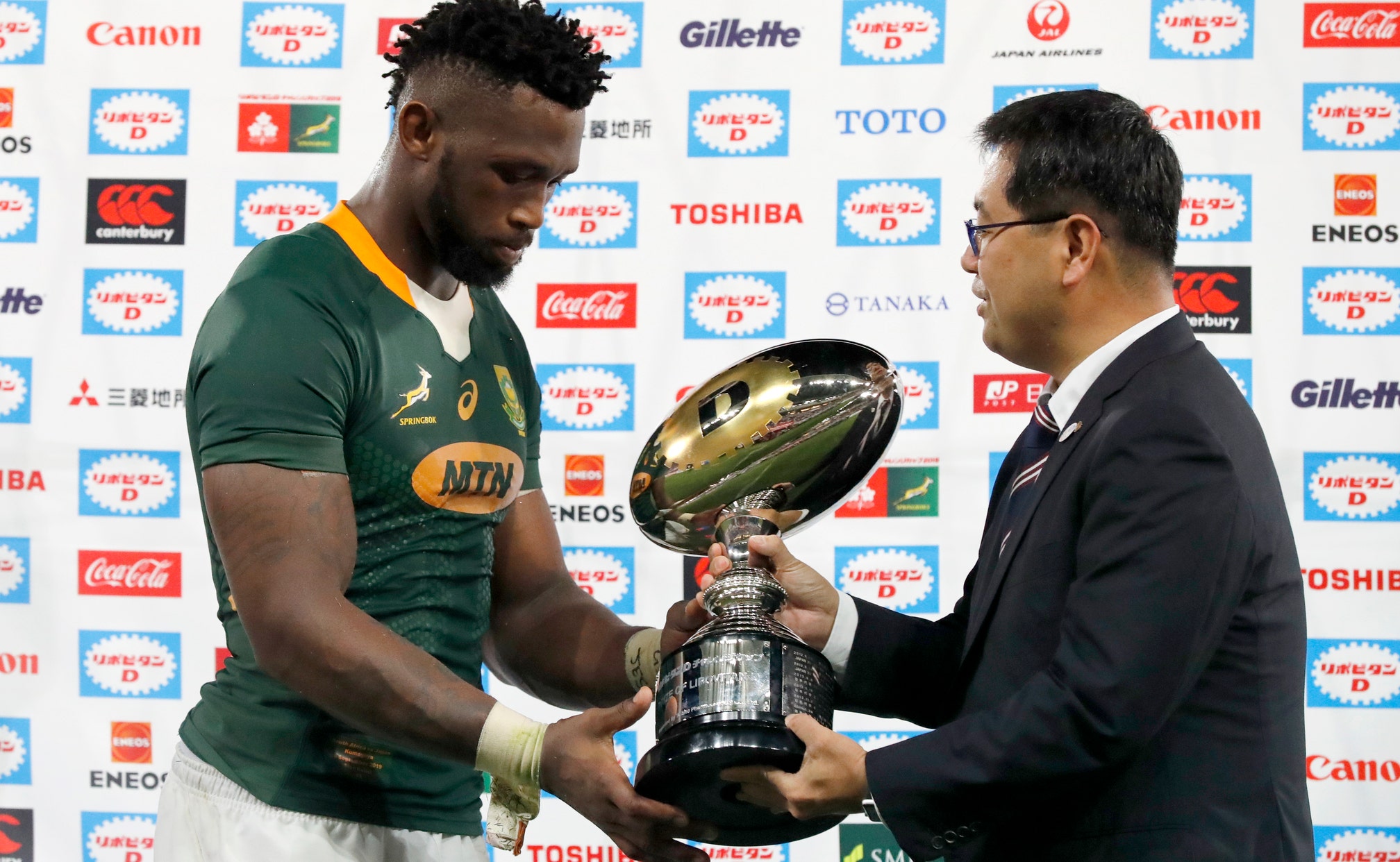 Springboks RWC contenders after Erasmus turns it around

CAPE TOWN, South Africa (AP) — Rassie Erasmus turned it around for the Springboks.

South Africa goes to the Rugby World Cup in Japan as a contender for the title and that's more than good enough for South Africans considering where the team was two years ago.

Historic losses to Italy, Ireland and Argentina, and one of the biggest humiliations in the team's history, a 57-0 trouncing by fierce rival New Zealand, shattered the Springboks' confidence.

The coach at the time, Allister Coetzee, said South Africa's rugby system was defective and there was no quick or easy fix, and he raised real fears that the two-time world champion would never be a force again.

That appears to be an exaggeration. A coaching change has done much to re-establish the Springboks' fortitude over the past 18 months.

Johan Erasmus, known as Rassie, is a former South Africa flanker who played at the 1999 World Cup. He took over a broken team in early 2018 and the Erasmus effect was almost instant: A series win over England and a stunning victory over the world champion All Blacks in New Zealand later in the year. South Africa had last won in New Zealand in 2009 and only one team, the British and Irish Lions, had beaten the All Blacks on home soil since.

The Springboks followed up this year by winning the Rugby Championship for the first time in 10 years, although Erasmus was among the first to note that a curtailed, one-round southern hemisphere tournament means little once the Rugby World Cup kicks off. The Springboks face the enormous challenge of New Zealand in their opening game in Japan.

"The results and performances up to now will mean nothing once we are in Japan. It is a case of back to square one," Erasmus said.

His priorities on taking charge were to fix two things:

First, an ineffective defensive system that saw South Africa ripped apart by opponents. Defense specialist Jacques Nienaber, who was part of Erasmus' staff at Irish club Munster, returned to South Africa with the head coach and has re-organized the defense and rebuilt one of the Springboks' traditional strengths.

Second, and not as straightforward, Erasmus had to rebuild morale, which had been shredded by some drastic failures and a ruthless media.

Erasmus' decision to make flanker Siya Kolisi South Africa's first black test captain appears to have been a masterstroke in that regard.

The Springboks have the elements to be competitive in Japan: An always-strong forward pack with Malcolm Marx, a contender for the best hooker in the world, Etzebeth's physical presence in the second row, tireless flanker Pieter-Steph du Toit, and experienced No. 8 Duane Vermeulen. There are three playmakers in the backline in scrumhalf Faf de Klerk, flyhalf Handre Pollard and fullback Willie le Roux, and wings Cheslin Kolbe and Makazole Mapimpi have been in try-scoring form.

But Kolisi's personal story may give the Springboks something extra, something that can't be created on a practice field.

Kolisi came from a desperately impoverished background and rose from a township outside the city of Port Elizabeth to what's considered the pinnacle of South African sport, the Springboks captaincy.

"Growing up, we didn't have much to eat so I would often go to sleep on an empty stomach," Kolisi said. "When you get so hungry sometimes you tend to want to go steal and break into people's houses just so you can eat. But for me, that's when I went to training. I trained for my school team and then I would go train for my club.

Somewhat fittingly, Kolisi wears No. 6, the number that has such a special place for the Springboks because it was 1995 Rugby World Cup-winning captain Francois Pienaar's number and famously on the back of the Springboks jersey worn by Nelson Mandela when he watched South Africa beat the All Blacks in that final.

Given what's happened the last few years, there's a feeling this World Cup might be the most important for the destiny of the Springboks since the momentous '95 tournament.