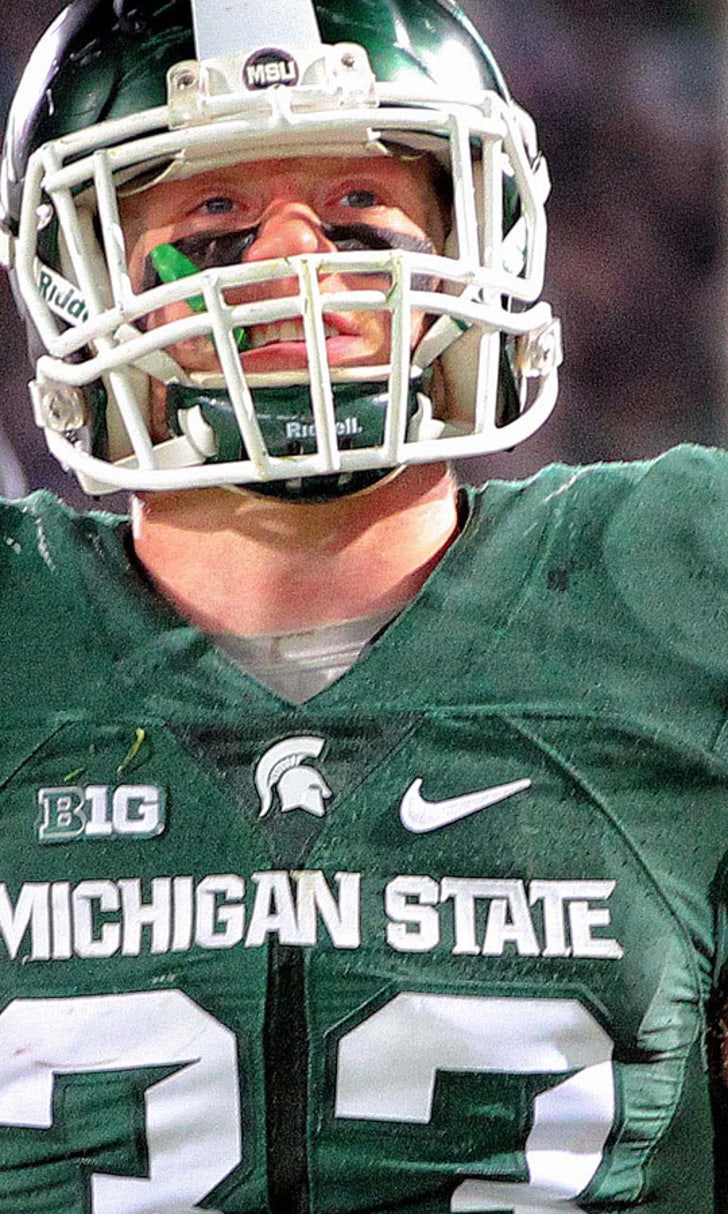 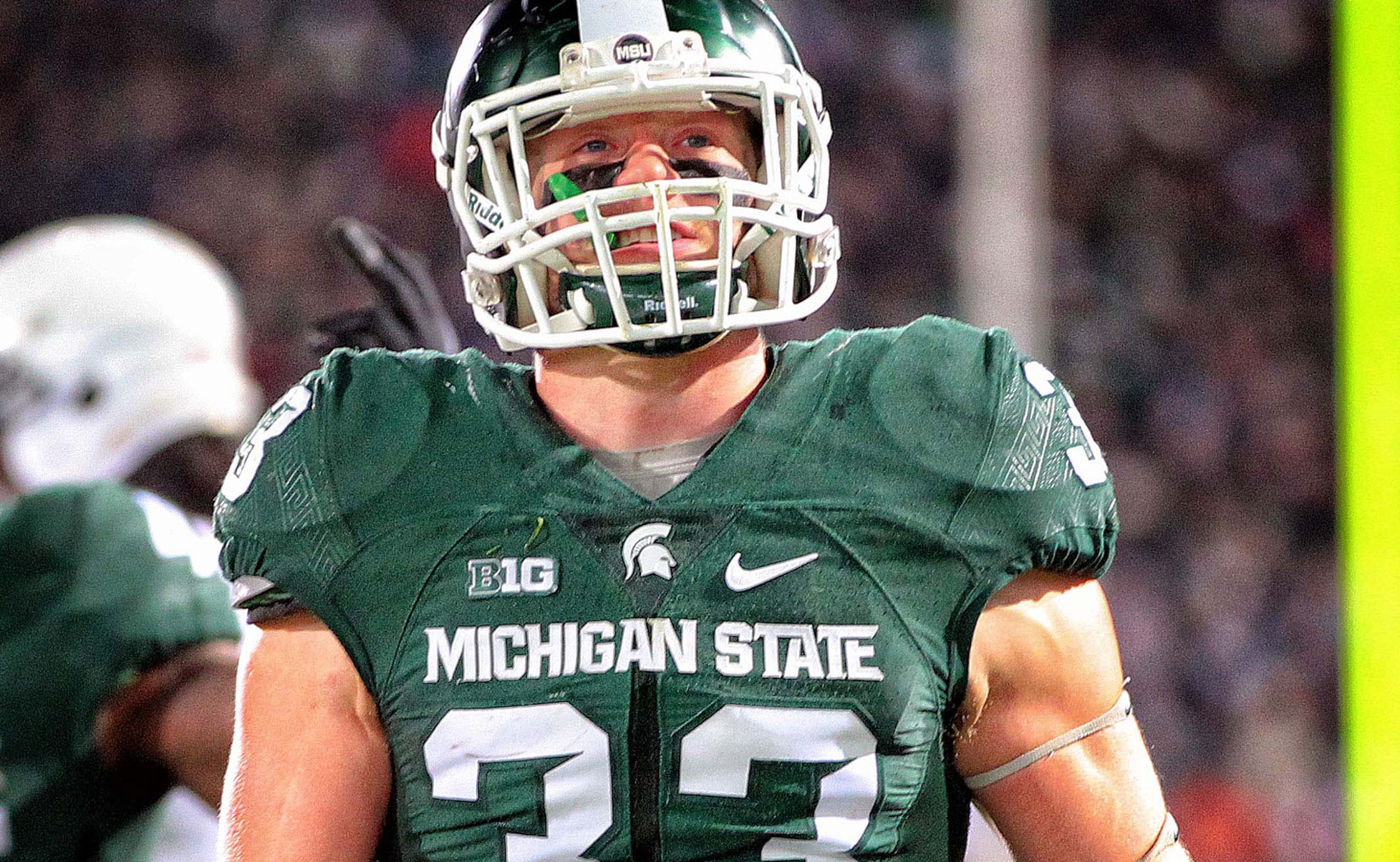 Jon Reschke is expected to miss a substantial amount of time with an ankle sprain, and linebacker Riley Bullough is day to day after missing last weekend's loss to Wisconsin with an unspecified injury.

Reschke had a forced fumble and an interception two weeks ago in a win at Notre Dame, but the Spartans followed that up with a 30-6 loss to Wisconsin. Dantonio said he's hoping Ed Davis, who received an extra year of eligibility after missing all of last season with a knee injury, will be able to help.

"He's getting better and better. That's the plan, so that's going to add an additional guy to us," Dantonio said. "We've been deep at linebacker. We've got guys who have played and know what to do there, so they can pick up the slack. It's an opportunity for people to grow."

The team also will put No. 6 on its helmets.

"We'll probably travel down there with probably 41 players I think I counted that played on the team with him," Dantonio said. "He'll be in a lot of people's minds as we move forward."