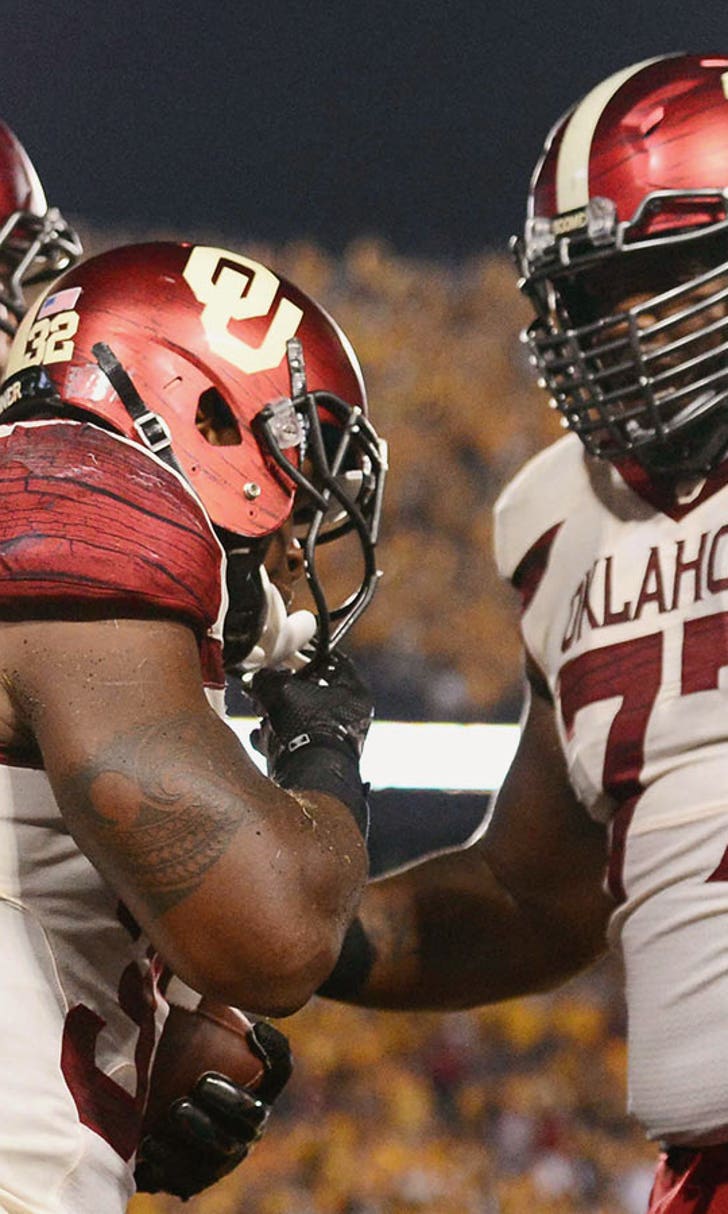 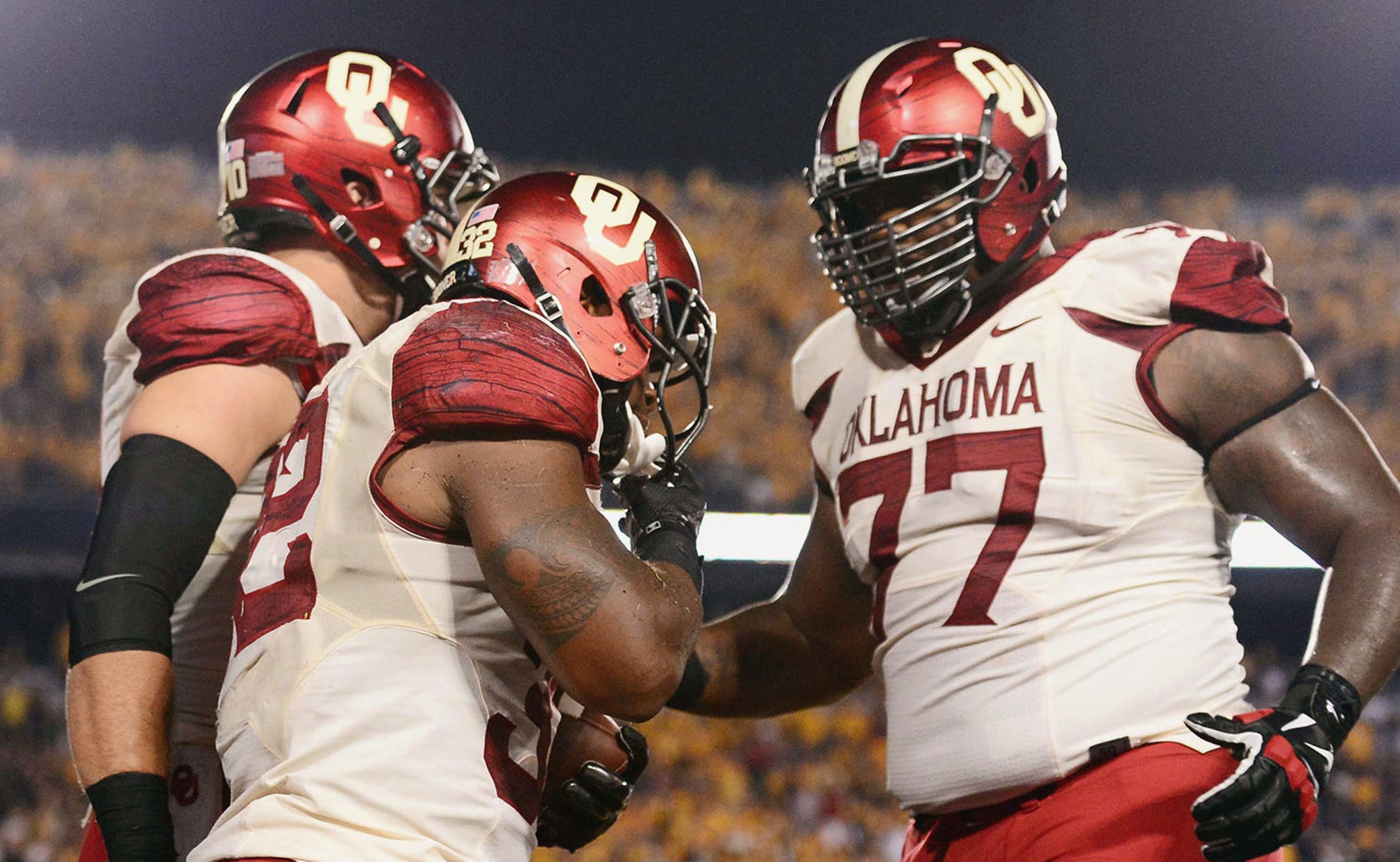 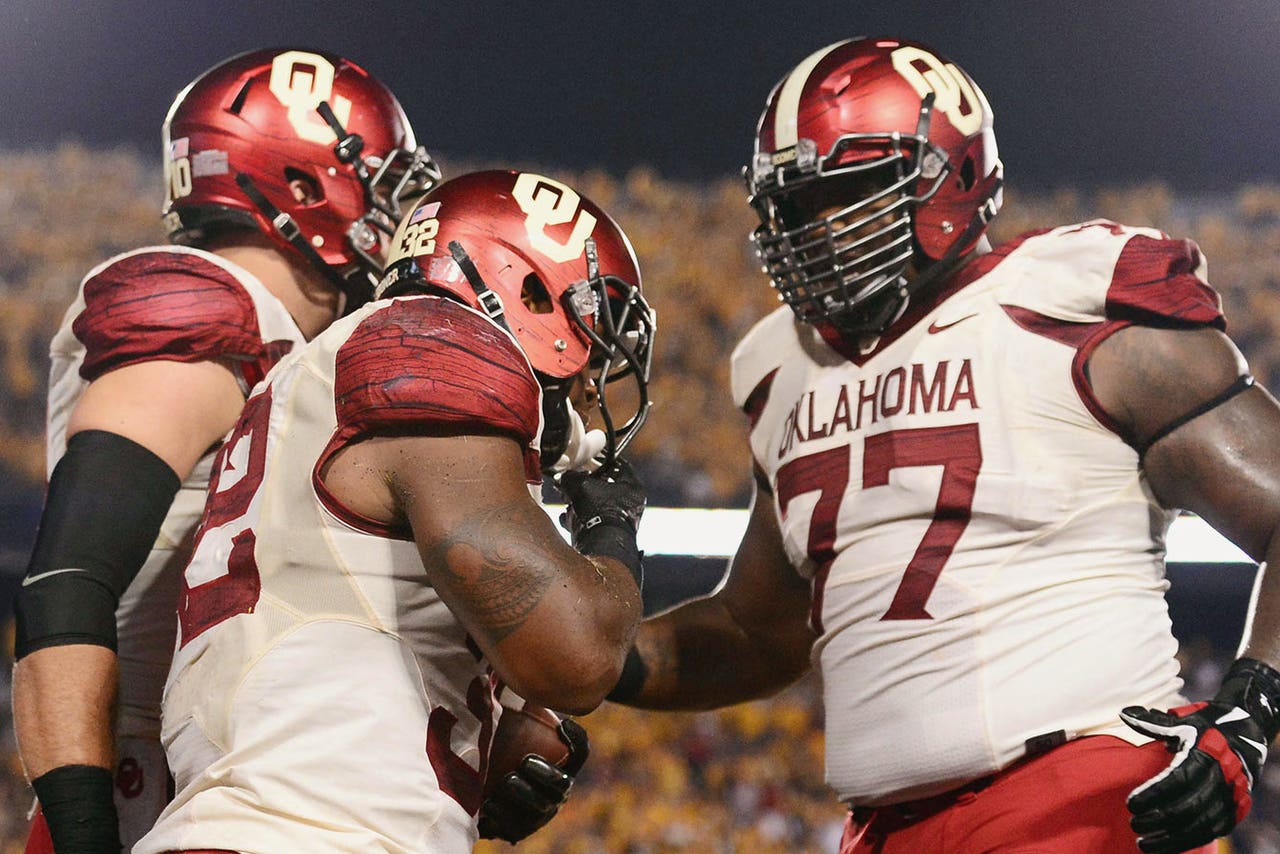 Getting closer to the midpoint of the college football season, here's a look at the teams most likely to affect the Sooners and their chances to get into the four-team playoff:

What's next: At TCU Saturday.

Trending: Upward. OU has done what it has been expected to do this season, beating Tennessee and winning on the road at West Virginia.

Chances of making the playoff: Really good. A win over TCU will only help more. OU will have a decent resume at the end of the season, especially if Baylor and Kansas State continue to win. It certainly doesn't hurt that OSU and TCU are also ranked.

Chances of making the playoff: Really good. The reason is defense. Of all the teams that are highly ranked, none has the defense the Sooners have. Meanwhile, the Sooners also have a win over an SEC team and road win over a decent West Virginia team. This week at TCU, also ranked, will help build the credentials of the Sooners.

In or out if the playoff started today: In. No. 4 seed.

What's next:  At Ole Miss Saturday

Trending: Upward. Alabama got behind early and rallied late against Florida last Saturday, plus they have a nice win over a Big 12 team.

How Bama affects Oklahoma: OU needs Bama to lose. It could happen Saturday at Oxford.

Chances of making the playoff over Oklahoma: Good to very good. The Crimson Tide just have more opportunities to impress this season than OU does. Bama still has a lot of marquee games left. OU has the edge today, but won't at the end of the season if both end up with the same number of losses.

In or out if the playoff started today: Out. But they'll be in with a victory over Ole Miss.

What's next: Home against LSU

Trending: Auburn has one of the best wins of the college football season, plus has beaten a Arkansas.

How Auburn affects Oklahoma: Count on these two being paired throughout the season. Auburn's schedule is brutal and even if the Tigers lose once, they'll be in the conversation.

Chances of making the playoff over Oklahoma: Really good. Really, really good. If there's one spot for either Auburn and OU and the teams have the same number of losses this season, Auburn would get the advantage. If the playoff started today and there's just the one spot for OU and Auburn, give the edge to the Tigers.

In or out if the playoff started today: In. No. 3 seed.

Best win: Vs. Clemson. It happened with a back-up quarterback and a fourth-quarter rally to win in overtime.

Trending: Downward. Saturday will be another opportunity to look uninterested in the competition when Wake comes to town. Maybe it's time to question how good this team is. The Seminoles gave up 41 to North Carolina State and 31 to Oklahoma State. Not the sign of a champion.

How FSU affects Oklahoma: If FSU goes unbeaten and the Sooners go unbeaten, Florida State will have the advantage. The Noles will have played a tougher schedule, including Notre Dame and Florida. A one-loss FSU team, however, would lose some traction to the Sooners, based on how FSU has looked so far this season.

Chances of making the playoff: Really good. Who's going to beat them? Maybe Notre Dame. Maybe.

In or out if the playoff started today: In. No. 1 seed.

What's next: Home against Arizona Thursday.

How Oregon affects Oklahoma: An undefeated Oregon team would finish ahead of an undefeated Sooner team, however it's hard to say who would have the edge if both teams lost. Both teams still have to play top-10 teams this season.

Chances of making the playoff over Oklahoma: Oregon has the more-impressive win between the two schools, but OU has a better road win. Oregon would probably get the nod over OU if it came down to the two schools.

In or out if the playoff started today: In. No. 2 seed.

What's next: At Mississippi State Saturday.

Trending: Upward. A&M has a great win and now has a chance for another with the game against the Bulldogs.

How the Aggies will affect Oklahoma: A&M's schedule is just going to wind up being better than OU's and that's not good for the Sooners.

Chances of making the playoff over Oklahoma: Really good, especially if A&M continues to win. OU will need Baylor to stay unbeaten and hope TCU, Oklahoma State and West Virginia play well, too.

In or out if the playoff started today: Out, but a win Saturday over the Bulldogs puts the Aggies in.

Others to watch heading into week 5: Notre Dame (4-0)  ... The Irish keep winning. Stanford up next... Baylor (4-0) has four blowout wins. Now the Bears get Texas. Maybe the Longhorns can slow down the Bears' offense? ... Michigan State  (3-1) gets Nebraska (5-0) at home. Spartans can't afford another loss and they need to impress when winning ... LSU (4-1 ) is back in the picture with a win Saturday at Auburn. A loss and LSU is likely out of the playoff ... Georgia (3-1) didn't do itself any favors by edging past Tennessee. ... Stanford (3-1) lost at USC but has a big game this week at Notre Dame. A loss and the Cardinal is out of the picture ... Ole Miss (4-0) is unbeaten, but it hasn't played much of a schedule. That changes Saturday when Alabama comes to town ... UCLA (4-0) got an impressive win over Arizona State, on the road, too. Oregon is on the schedule for Oct. 11 ... Mississippi State (4-0) has one of the best road wins of the season, taking down LSU in Baton Rouge on Saturday. Now MSU gets Texas A&M at home. A win there and State will be in the top four as they will have wins over two top-10 teams ... Wisconsin (3-1) will likely  go unbeaten the rest of the way. The Badgers play no one outside of No. 19 Nebraska ... BYU (4-0) will be easily forgettable the rest of the year as its schedule looks meek ... Nebraska (5-0) is unbeaten, but is anyone impressed? A win over Michigan State Saturday would change things.

No longer looking at: South Carolina