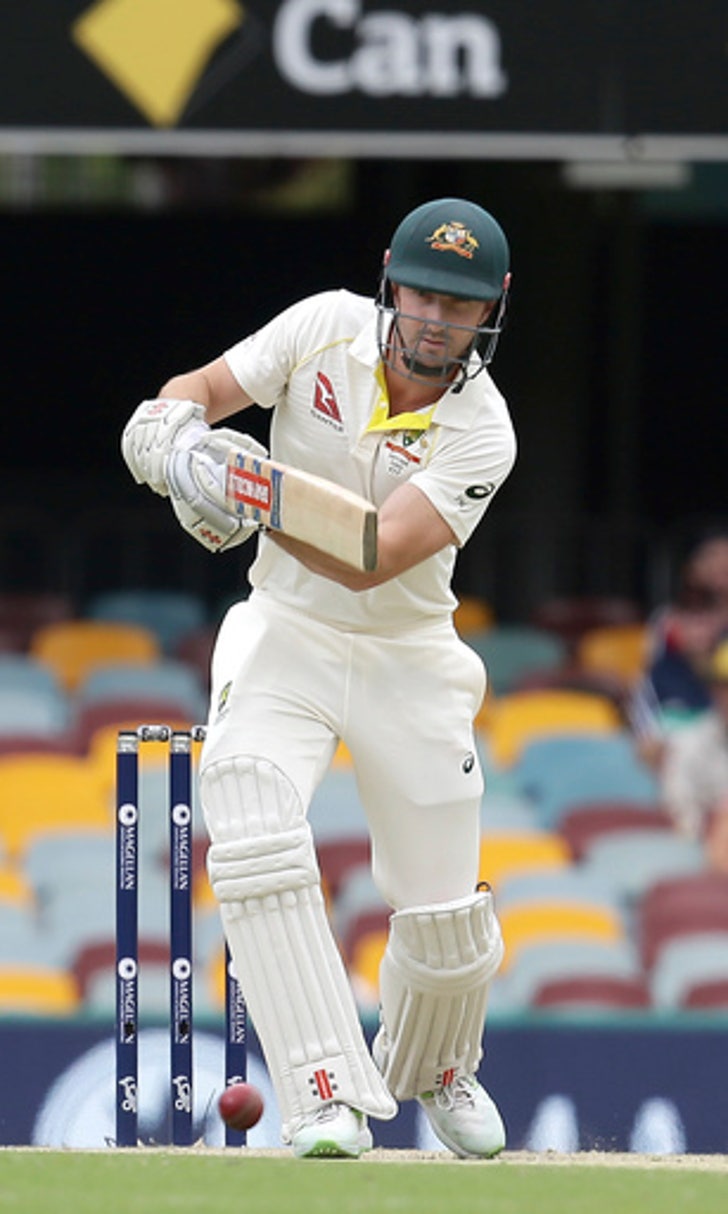 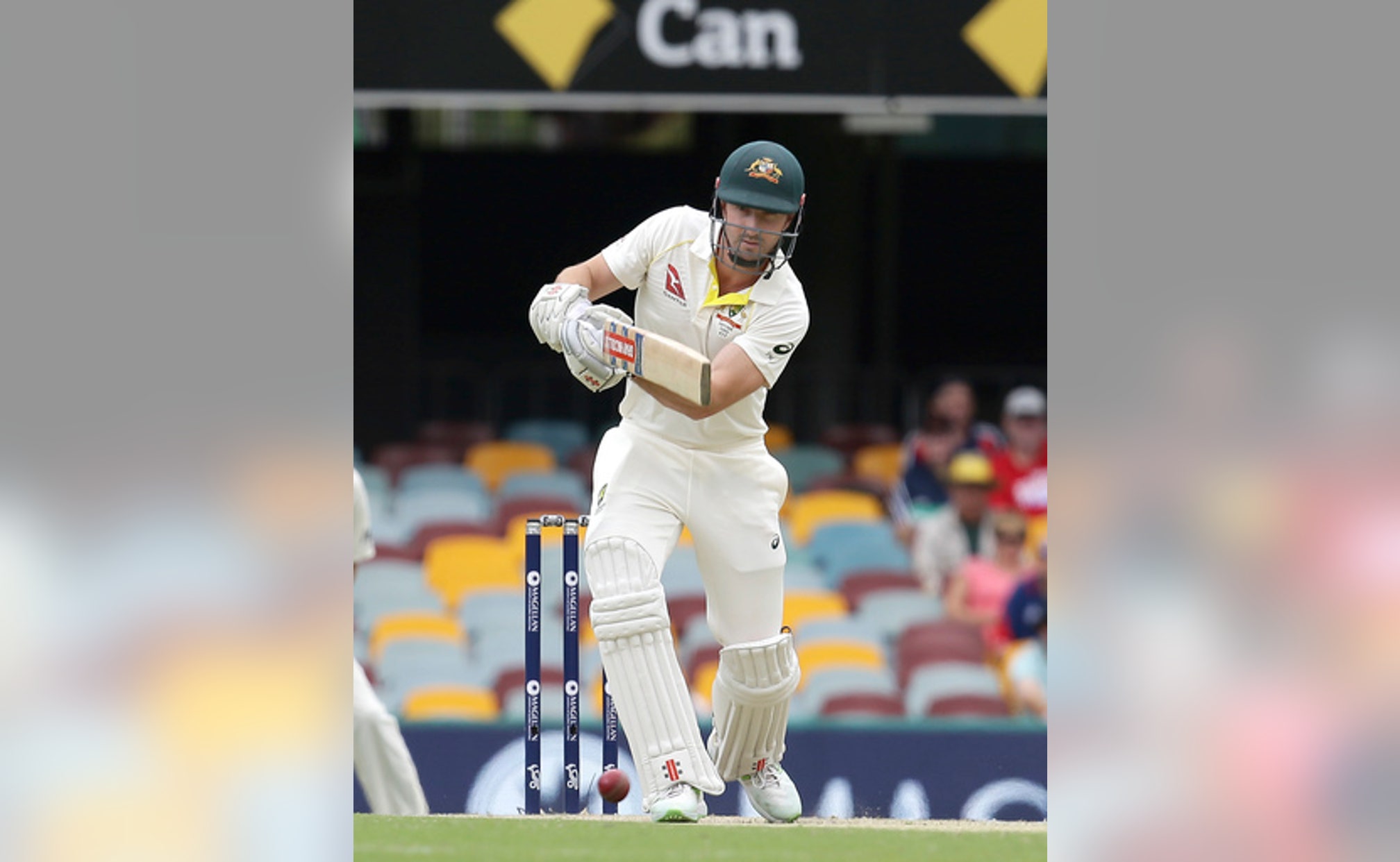 Smith's 141 not out puts Australia in front in Ashes opener

BRISBANE, Australia (AP) Steve Smith stroked veteran England paceman Stuart Broad for a boundary to post the first century of the Ashes series after salvaging Australia's innings, and pounded his gloved hand on his chest above the heart.

Smith confirmed his captaincy qualities again by grafting for 8 + hours in a crucial unbeaten 141, dragging Australia from a precarious 76-4 to 328 on day three, a 26-run first-innings lead over England.

His 326-ball innings wrested control from England after three wickets tumbled in the morning session Saturday and gave Australia a slight edge by stumps.

Josh Hazlewood snared two wickets in a torrid opening burst to help reduce England to 33-2 at the close, a lead of seven with two days remaining.

Hazlewood had Alastair Cook (7) out hooking, caught by a tumbling Mitch Starc in the deep, and James Vince (2) caught at slip by Smith as England slid to 17-2.

Starc chimed in with a short ball that damaged Joe Root's helmet, rattling the England skipper before he'd scored.

But after an assessment from the team doctor, Root continued and was not out on 5 at stumps. Mark Stoneman (19) was also hit by a short ball from Pat Cummins on a Gabba wicket finally showing some of the pace and bounce for which it is famous.

Regardless of the game position, the middle day of the first test belonged to Smith, who had gone to the crease with Australia at 30-2 on Friday replying to England's 302.

Batting with guarded determination, Smith scored 17 in the morning session after Australia resumed at 165-4 and he added 32 between lunch and tea.

His 13th hundred as Australia captain came off 261 balls - his slowest in terms of balls faced and the slowest by an Australian in seven years - but it enhanced his reputation for producing a captain's knock when most needed. Smith averages more than 70 runs per innings as test captain, second only to the great Don Bradman.

''Obviously with the team in a bit of trouble I had to bat for time and dig really deep,'' said Smith, who was restricted to just 14 boundaries. ''I had to fight really hard, get through difficult periods and just keep batting.

''There were some reasonably defensive fields set, so boundaries were quite hard to come by. But, it was just about ... being really disciplined. I thought I did that really well.''

He anchored crucial partnerships of 99 with Shaun Marsh (51) for the fifth wicket and 66 with Cummins (42) for the eighth.

Australia was still 27 runs behind at 275-8 when Cummins was out for his highest test score, leaving Smith to bat with Nos. 10 and 11 to get the hosts in front on a ground where they haven't lost a test since 1988.

Smith's partnership with Cummins set the foundation for the rearguard rally, with the last three wickets contributing 119 runs after Australia lost three batsmen in the morning.

Australia was in serious trouble at 209-7 after Broad (3-49) took two wickets and Jimmy Anderson (2-50) struck on the fourth delivery with the new ball as Root's unusual field placements strangled the runs.

Broad had Marsh caught to a poor shot to mid-off before Anderson had Tim Paine (13) caught behind in the 81st over. Broad took a return catch to dismiss Starc (6) and give England the upper hand before Australia's lower-order revival changed the complexion of the game.

''I have left each day of this test match not knowing who's ahead,'' Broad said. ''We had a fantastic morning, we stuck to some brilliant plans and the new ball worked for us.

''Day three and four will be the best time to bat on this pitch and that's good signs for us. It's in our hands a little bit, if we have a couple of batsmen tomorrow who apply themselves, play with some great patience, we could build a really good score to put pressure on Australia on the last day.''