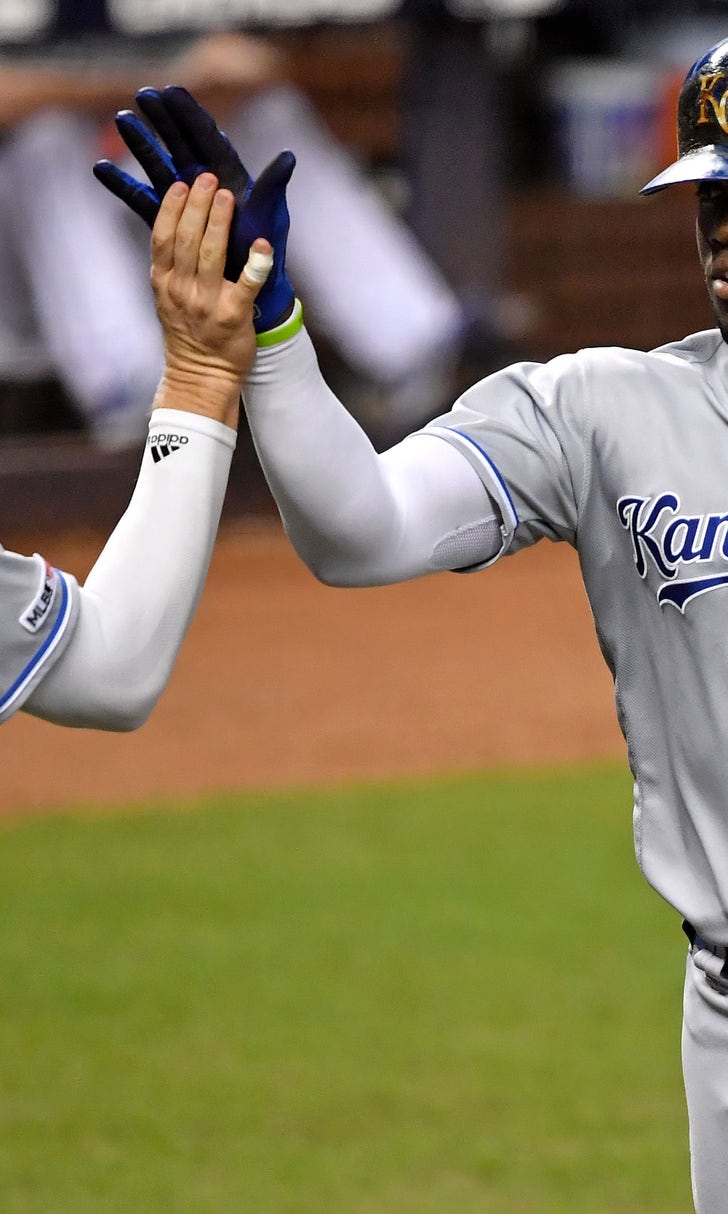 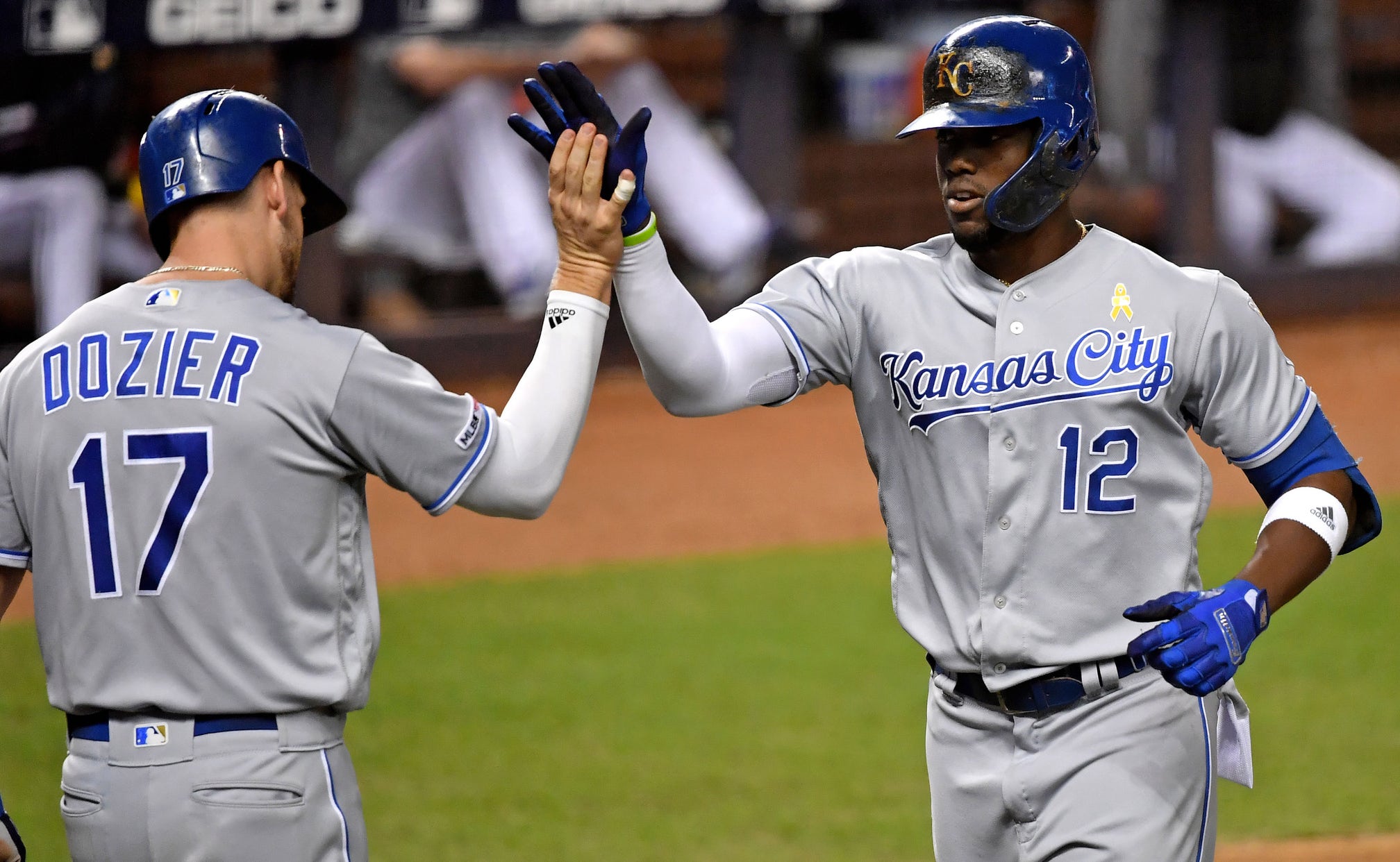 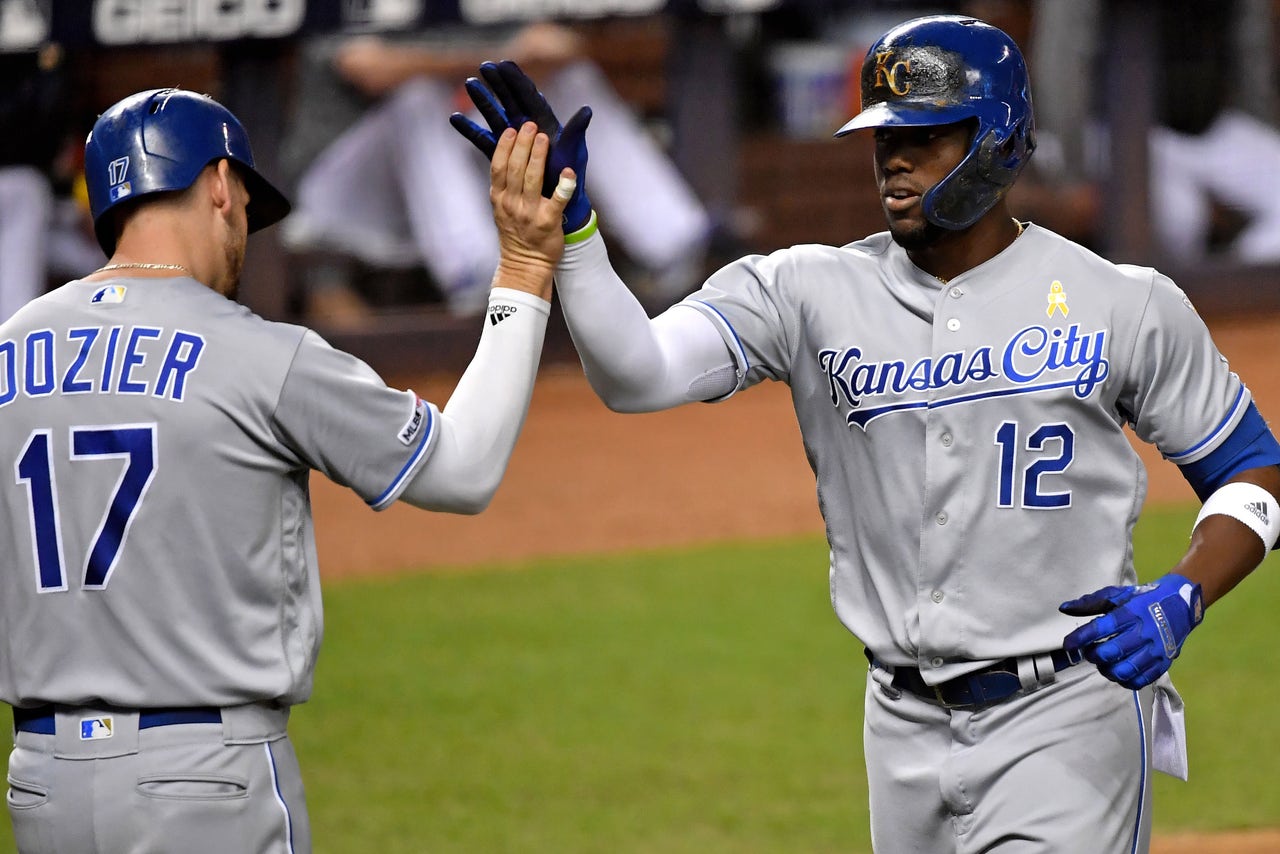 MIAMI — Ryan McBroom continues to produce in his first week with the Kansas City Royals.

McBroom doubled twice and had three RBI to help the Royals beat the Miami Marlins 7-2 on Saturday night.

"It's been so exciting and truly a-dream-come-true," said McBroom, who is hitting .375 with four RBI since the Royals acquired him from the New York Yankees organization Aug. 31.

"Coming to a new ball club, making my major league debut, the nerves were high," McBroom said. "You want to come in and impress but don't want to worry about pressing."

Jorge Soler hit his 41st homer, a solo blast in the ninth, and Hunter Dozier had two hits for the Royals, who have won six of seven.

"I knew that we had to continue to battle," Kansas City manager Ned Yost said. "Duffy gave us an opportunity to not have to score a bunch of runs to get back in it."

Harold Ramirez's one-out single off Royals reliever Jacob Barnes in the eighth got Miami to within 6-2. Tim Hill retired pinch-hitter Martin Prado on an inning-ending double play and got the final five outs for his first save.

"Regardless of where we are in the standings, we don't take a single pitch for granted," Duffy said. "The way the guys battled in the top of the seventh we all want to do the best we can for each other and finish on a strong note."

"Tonight was a lot better command wise and all around pitching," Smith said. "I was able to locate my pitches and throw where I wanted to."

The Marlins took an early lead after Duffy hit Smith with the bases loaded in the second. Duffy allowed a one-out single to Jorge Alfaro and walked Dean and Lewis Brinson.

ICYMI: A clean sweep of the bases on McBroom's second double of the night. ??? #AlwaysRoyal pic.twitter.com/YRPYtTHWRz

With his homer, Soler surpassed Tony Perez and is now the third Cuban-born player with most home runs in a season. Rafael Palmeiro hit 47 for the Texas Rangers in 1999 and 2001 and Jose Canseco hit 46 while with the Toronto Blue Jays in 1998.

DUFFY IMPRESSED WITH HIS HIT:

Not getting the opportunity to bat frequently as an American League pitcher, Duffy singled in his second plate appearance Saturday. Duffy struck out in his other at bat.

"I'll take that, those are few and far between," Duffy said. "I thought I put together a good at bat the first AB. I was seeing it. But the second at bat, you just kind of close your eyes and swing."

Marlins: RHP Sandy Alcantara (4-12, 4.26) seeks to snap a six-game losing skid in his team-leading 28th start Sunday. Alcantara is winless since June 21 but has limited opposing batters to a .167 average in his last six starts.