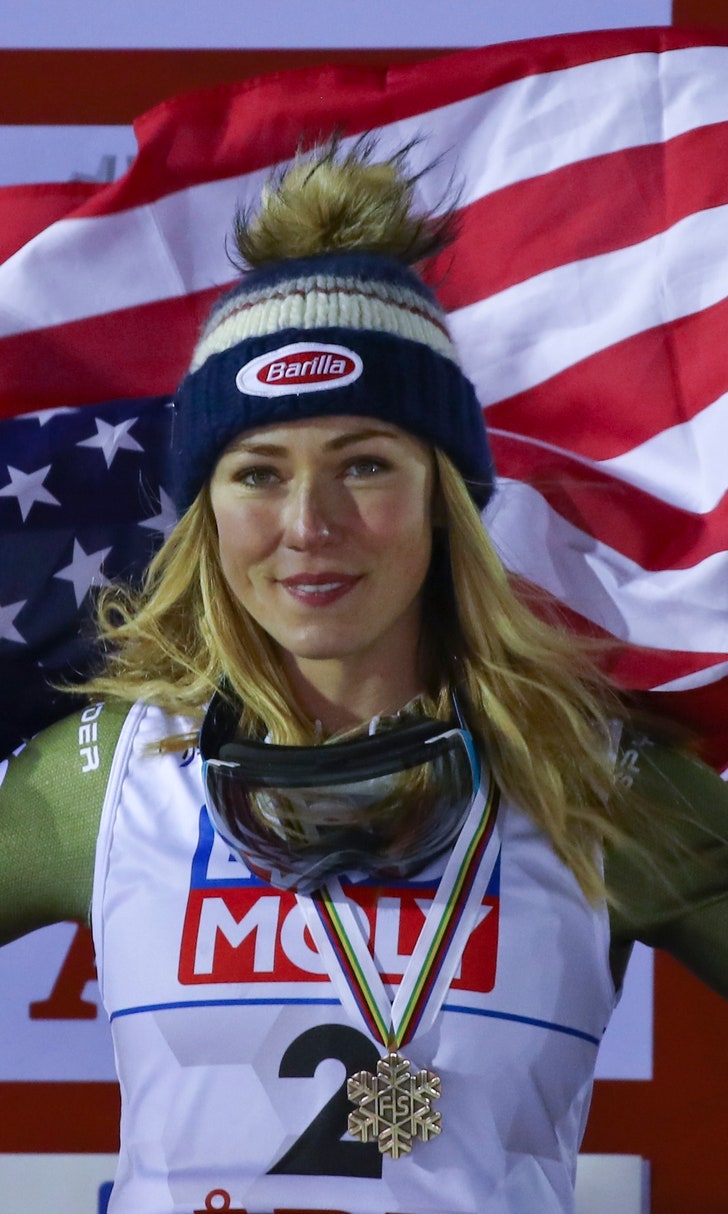 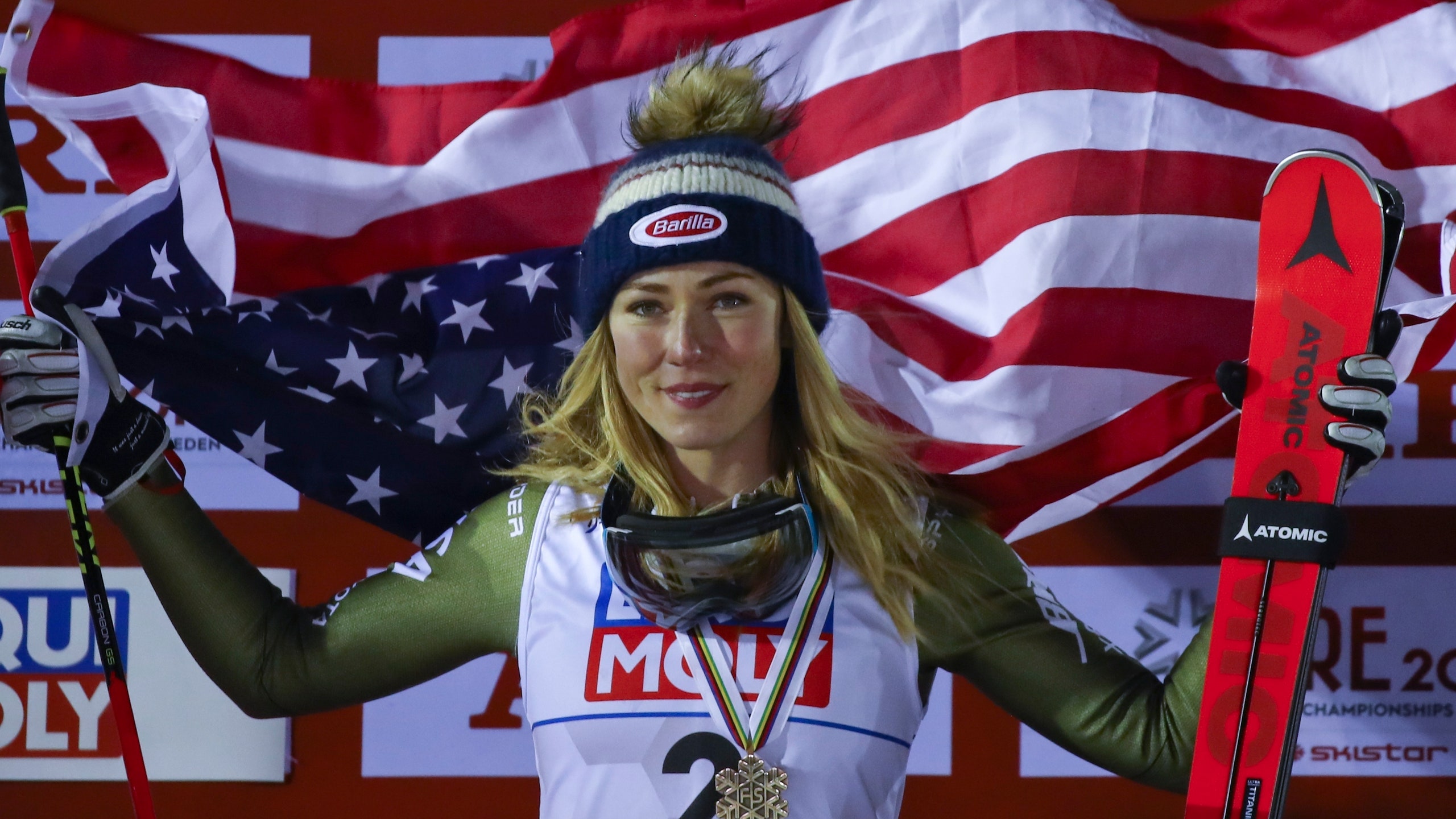 ARE, Sweden (AP) — Mikaela Shiffrin might have lost this race before it even started.

The moment she stepped outside Thursday, Shiffrin was hit in the face with an unseasonably warm gust of wind — not to mention the rain flooding this Swedish resort.

"When I saw this today I was ... losing confidence a little bit," Shiffin acknowledged after settling for the bronze medal in the giant slalom at the world championships.

Attempting to follow up her gold medal in giant slalom from last year's Pyeongchang Olympics, Shiffrin sat fourth after the opening run and only improved one spot in her second trip down the mountain.

"It felt like you couldn't get small enough to get out of the wind," she said. "In the start, both runs actually, but especially the second run, I started to feel the wind coming on stronger and pushing me backwards from the starting gate."

It was so windy that organizers removed the banner above the finishing line for safety reasons, and the panels placed between gates flapped violently as skiers whipped past them.

Petra Vlhova, Shiffrin's Slovakian rival , found a way to beat the wind and won the first individual gold of her career. First-run leader Viktoria Rebensburg of Germany came second, 0.14 seconds behind, while Shiffrin was 0.38 back.

When Shiffrin started the championships by winning gold in the super-G last week, the temperature was 0 F (-18 C). Then she left town to train in Norway for five days, skipping the Alpine combined — an event she would have been the overwhelming favorite for — and the downhill.

When Shiffrin returned , the temperature was 44 degrees warmer (7C).

"You just can't anticipate these sort of situations," said Mike Day, Shiffrin's coach. "We would like to spend more time training in these conditions but in reality we just don't get it very often. Figuring out the setup and how hard you can push is a difficult thing. She managed the risk of the evening and came out in a reasonable spot."

Shiffrin will be favored to add to her haul in Saturday's slalom — her best event.

"I certainly feel more comfortable in slalom in these variable conditions than I do in GS," she said. "I'm really looking forward to the fight and we'll see what happens."

Day wasn't interested in debating if the GS race was fair or not — or should have been postponed.

"We don't often race in conditions that are anywhere from 50 to 110 kph (30-70 mph) winds," Day said. "It's impossible to say exactly who was affected by what. But it is what it is. It's an outdoor sport, so that's what happens."

Vlhova, who gave Slovakia its first ever gold in Alpine skiing, seemed less disturbed by the wind than Shiffrin.

"I try to not think about the wind," she said. "I try to think about my skiing. ... I tried to be little bit down with my position and just ski."

While she creates more resistance, the much taller Vlhova was able to power her way through the wind.

"Her size for sure is an advantage," Day said "But she's a good skier and performed really well tonight."

Vlhova also won a silver medal in combined, setting up the slalom as a race to determine the top skier of the championships.

"It's really motivating having an opponent that's always there ... and fighting to be on the top step in every discipline the way that I am," Shiffrin said. "It's inspiring in some ways."