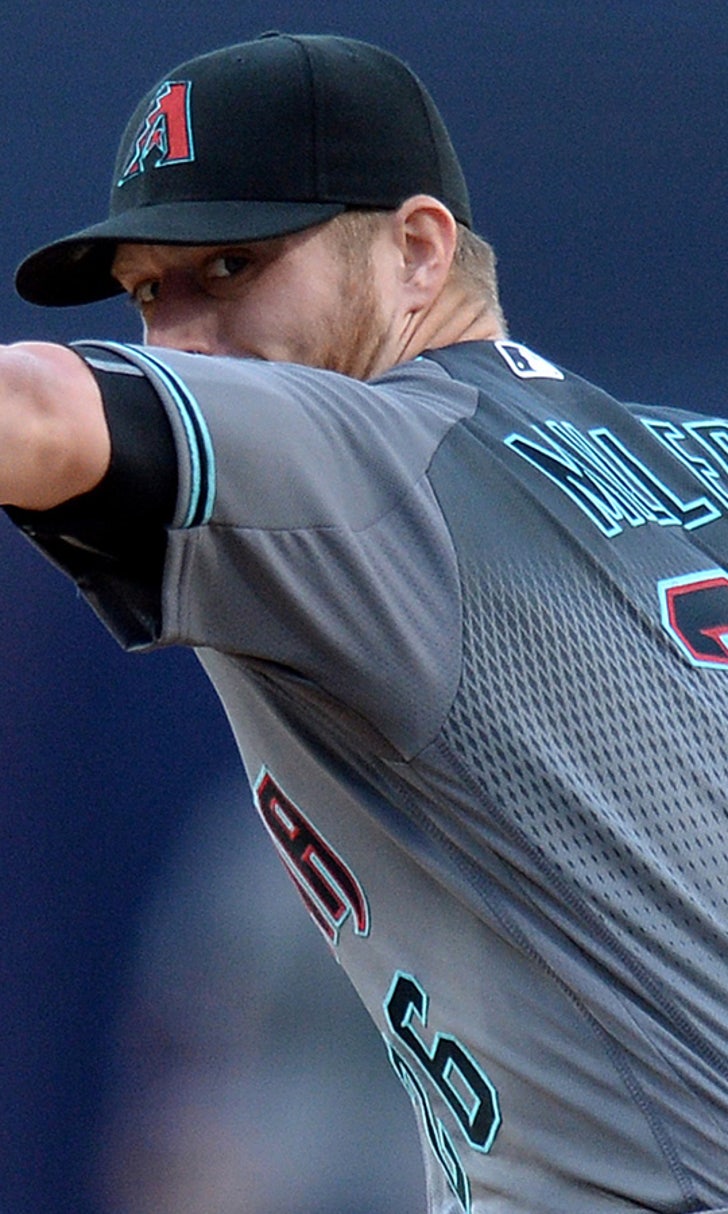 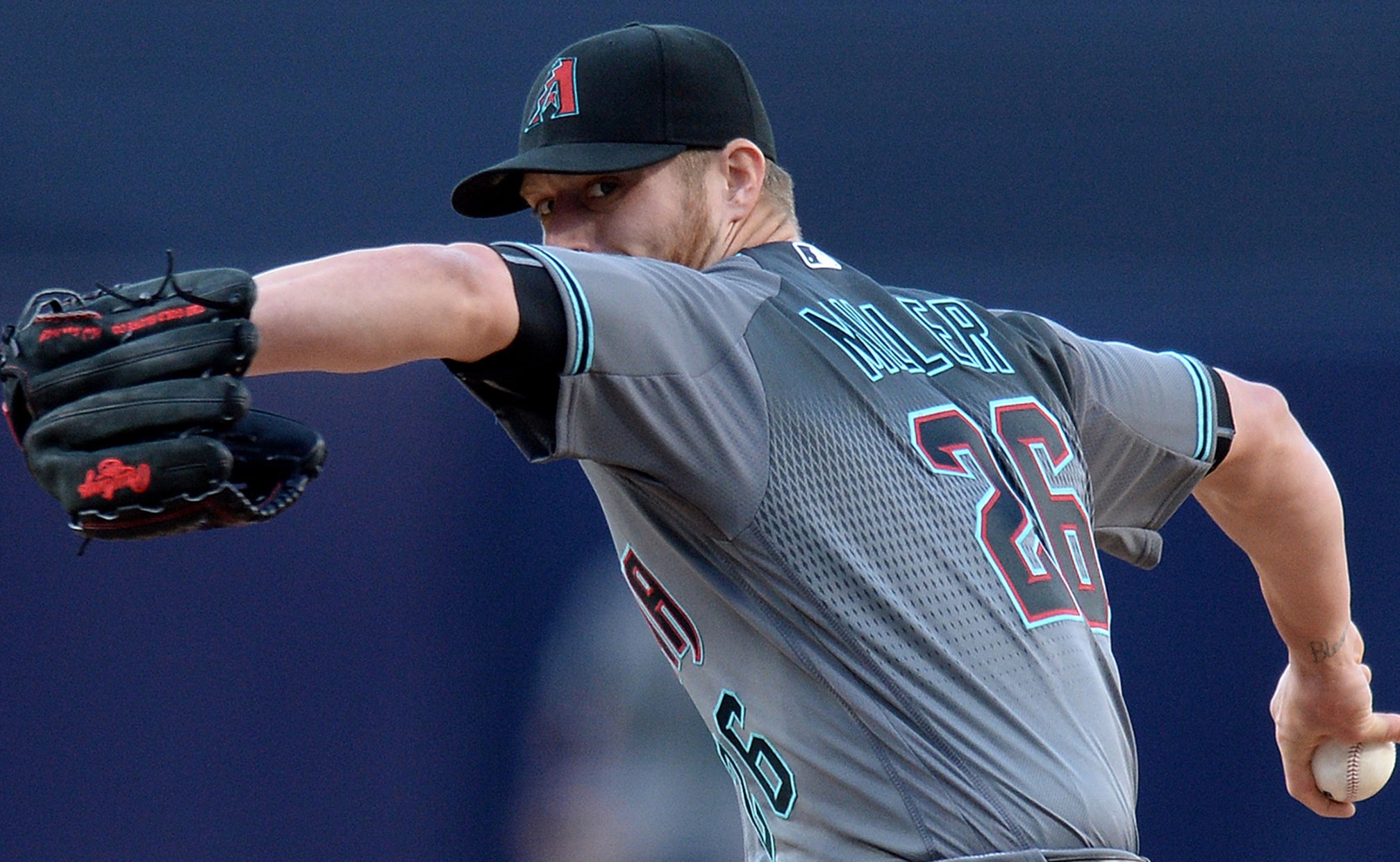 Shelby Miller returns to Atlanta searching for his 2015 form 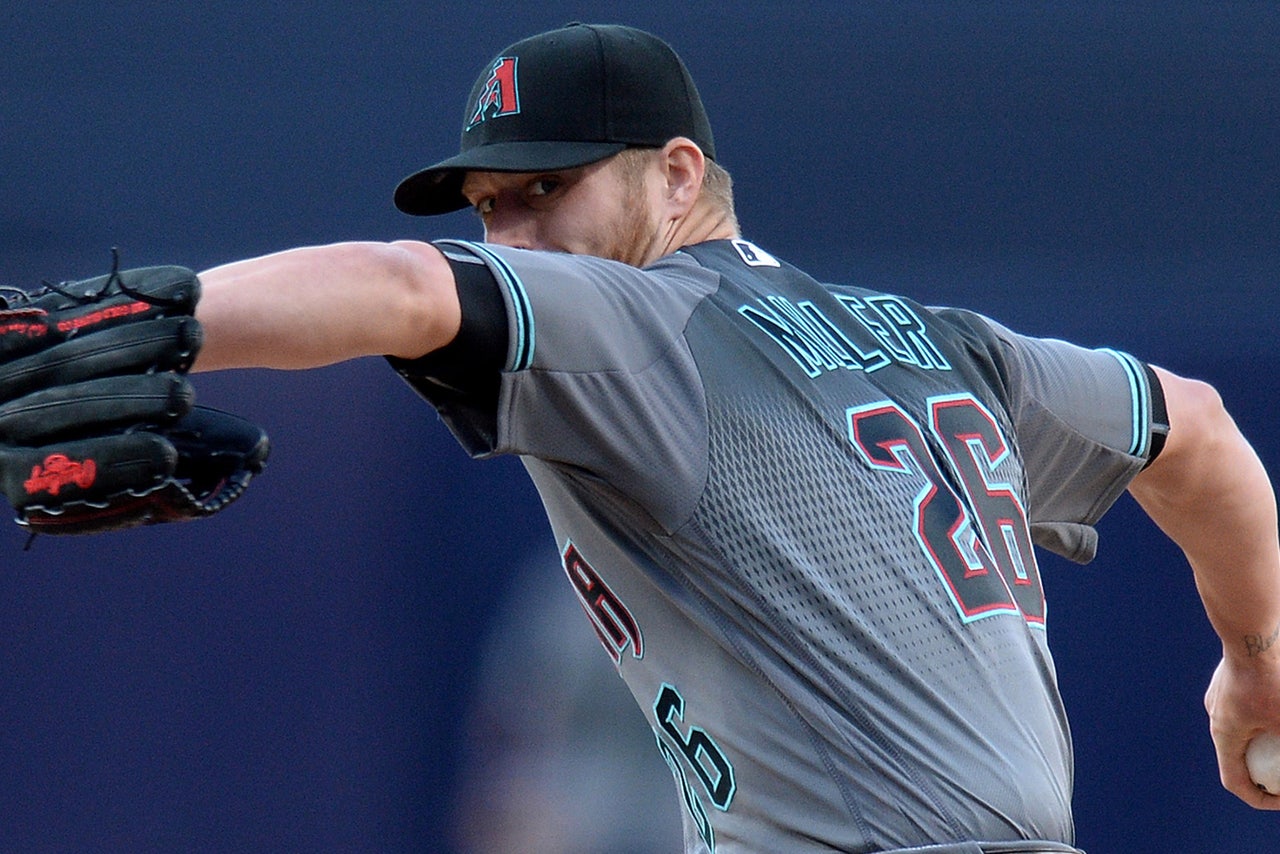 Three teams, three ballparks, three pitching coaches and three sets of expectations. Shelby Miller was traded twice over a 387-day stretch, and the third destination on his career path has not been as charming. Not yet, at least.

When the Braves and Diamondbacks linked up in December for baseball's blockbuster of the offseason — a 3-for-1 swap that immediately cast the Braves front office in a favorable light — it was evident that Miller needed to produce like a top-of-the-rotation arm for multiple seasons in the desert to even marginally balance the scales. Atlanta received a Gold Glove-caliber outfielder (Ender Inciarte), an MLB-ready young starter (Aaron Blair) and one of baseball's top prospects (Dansby Swanson) in the trade, a near-impossible haul to match production-wise for Miller.

The deal continues to be viewed as a heist for Atlanta, the gold standard of John Coppolella's rebuilding efforts, and one that arguably placed undue pressure on the 25-year-old right-hander coming off the best season of his career.

In his return to Turner Field, Miller said the expectations have not led to his slow start to the campaign, but he recognizes that things need to turn around quickly.

“It’s definitely time to start doing something better," he said.

Miller is 23 1/3 innings into his Diamondbacks career now, and already his All-Star status in Atlanta seems like a distant memory. In six starts this season, he's pitched into the sixth inning just once. He's reached the lowest statistical point of his young career, worse than his sophomore slump in St. Louis, bringing up the question that will follow him for the remainder of his Arizona career: How can he ever match the collective efforts of Inciarte, Blair and Swanson?

After dominating NL batters to the tune of a 3.02 ERA and 3.4 wins above replacement a season ago, the 6-foot-3 righty is walking more than seven batters per nine innings and he's already allowed six home runs. Among MLB pitchers with at least 20 innings pitched in 2016, he ranks last in WAR (-0.5) and fielding-independent pitching (7.24) and sixth-worst in ERA.

Facing three top-10 offenses in the Cardinals, Cubs and Giants, plus two starts against a powerful Rockies lineup, has not helped matters, but this was not the start the Diamondbacks envisioned when they entered into win-now mode at the Winter Meetings.

“Almost the inconsistency of it is frustrating. ... Obviously I’ve had some struggles at time. I’ve felt good and then just kind of one inning here or there have gotten away from me," Miller said. "Say like in San Francisco when I walked four guys in a row. I know something’s not clicking right or something’s off. You know, for me personally, I’m thinking out there what I’m doing wrong, you know? Which is tough and obviously it can mess with you even more if you’re thinking things like that along the way.”

Miller's return to Turner Field offers a modicum of convenience, though.

The 2016 Braves lineup is tailor-made for struggling starters — the lowest-scoring unit in baseball for the second straight season is approaching historic levels of ineptitude in the power department — and with scheduled outings against the Giants, Pirates and Cubs on the horizon, this reunion doubles as a potential rebound.

Miller, of all pitchers, should recognize the opportunity at hand after receiving the least run support in the majors in 2015.

"I know he's not having the year that he wants," Braves manager Fredi Gonzalez said, "but I was talking to Bob (former Diamondbacks manager and current broadcaster Bob Brenly) and this guy is as high-character — this guy will be fine. He'll be fine.

"Shoot, after 21 starts without getting a decision here, if anybody can live through that and do it the way he did it with class, he'll get it figured out."

The only way this weekend series between two well-known trading partners could better showcase the December blockbuster is if Atlanta called up Swanson for his MLB debut.

Blair made his third career start on Friday against Zack Greinke and Inciarte was activated from the 15-day disabled list to return for Saturday's game.

Setting aside the No. 1 overall draft pick in 2015, who leads all of affiliated baseball with 15 doubles this season, the presence of Blair and Inciarte will not make the ramifications of Arizona's risk-laden deal any easier to process. Given the Diamondbacks' rotation woes outside of Greinke, Blair's early consistency (3.31 ERA) would be a welcome addition and All-Star center fielder A.J. Pollock's unfortunate fractured elbow would have increased Arizona's dependence on Inciarte.

(The fact that the shorthanded Diamondbacks sit at the bottom of the NL West standings with a 13-18 record only adds to the concerns after mortgaging so much of their future.)

Shelby Miller is not a sub-replacement level pitcher, but, as the microscope zooms in, if Blair continues on this track and singlehandedly outproduces Miller on the mound, Arizona general manager Dave Stewart's justifications for the lopsided deal will only grow more hollow.