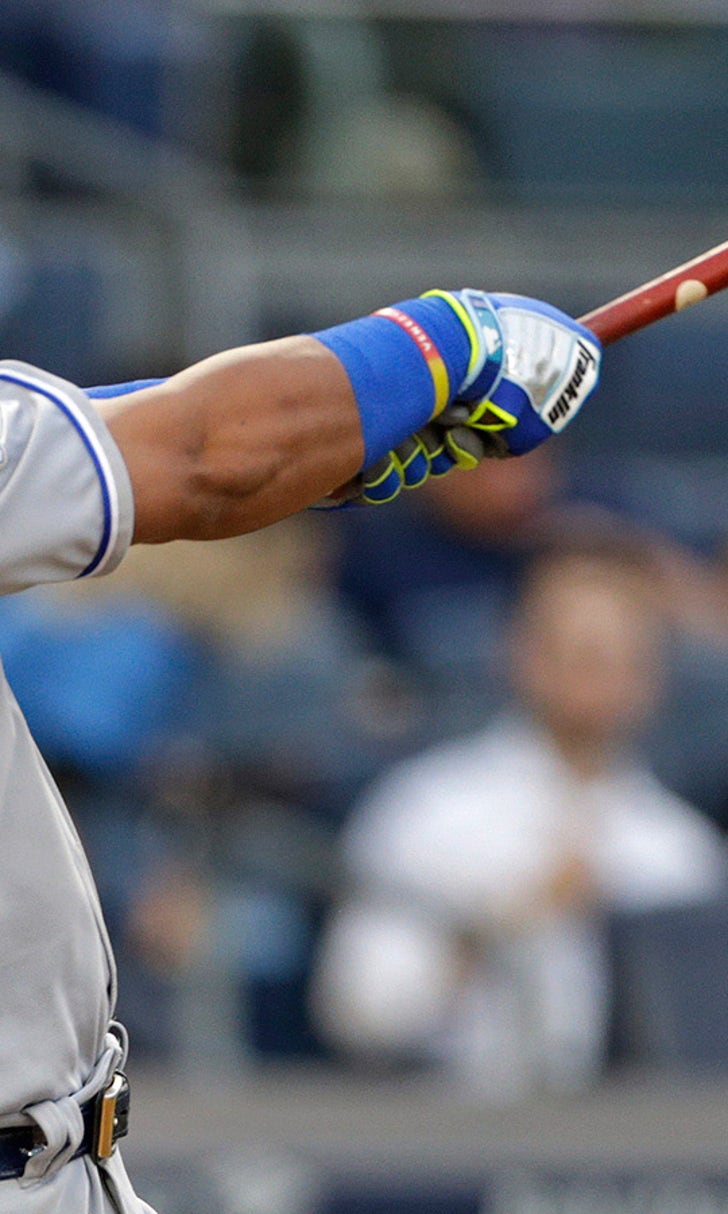 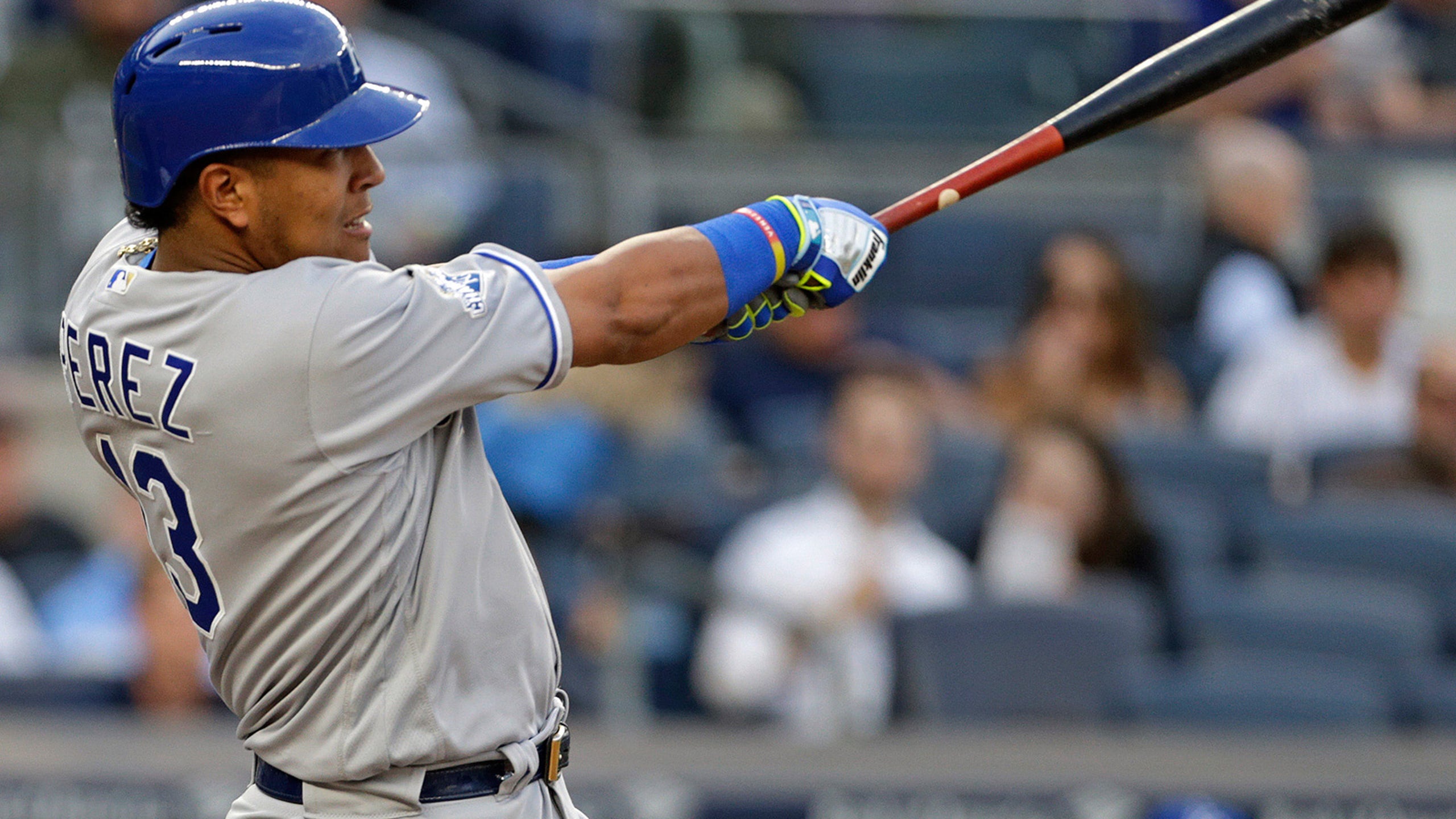 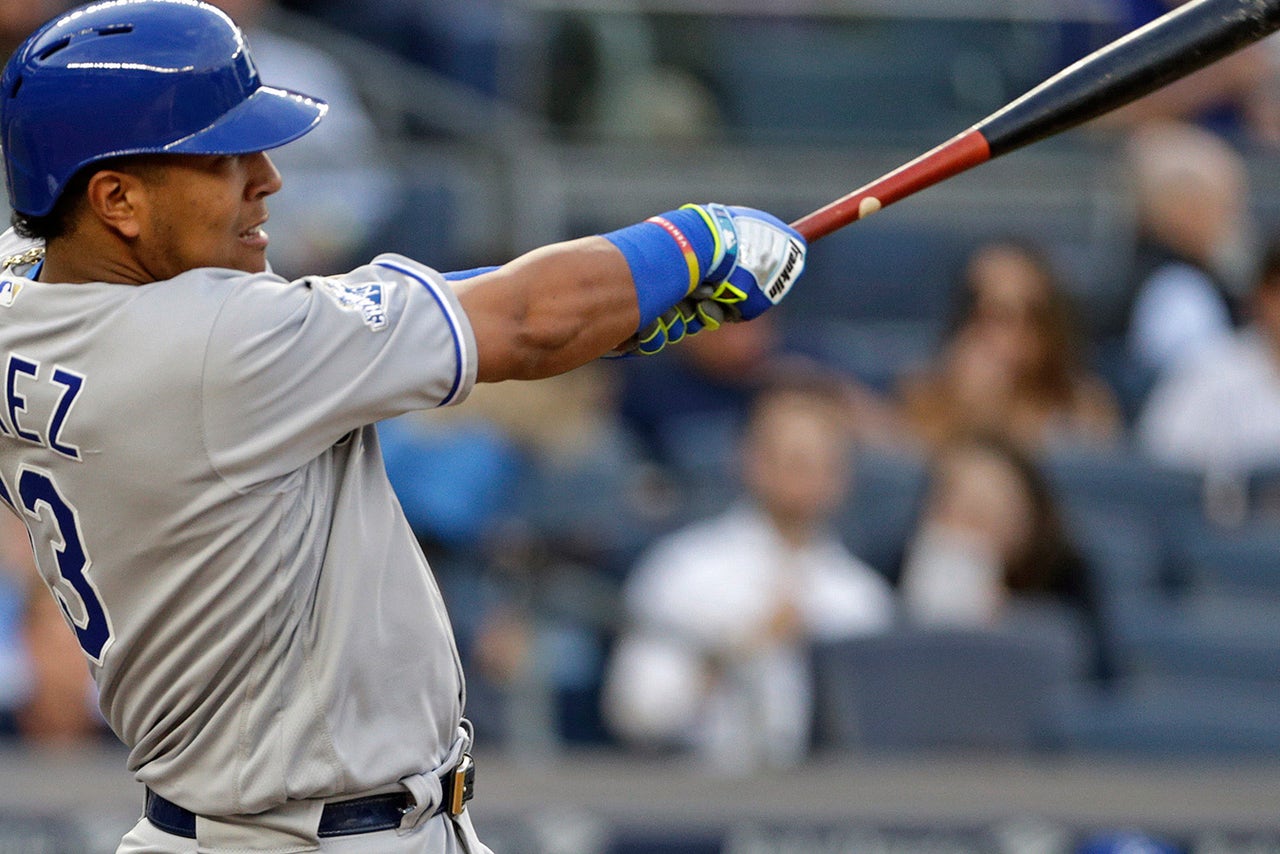 "I love to hear that sound. I love to hear their laughter, because I know they're loose," Royals manager Ned Yost said after the World Series champions beat the Yankees 7-3 Wednesday night for only their fourth win in 15 games.

Perez hit a three-run homer as the Royals burst to a 4-0 first-inning lead against Michael Pineda (1-4). After New York clawed back to 4-3, Lorenzo Cain hit a two-run single in the sixth against reliever Nick Goody.

"Just have to keep going swinging the bats the best we can and, hopefully, start winning some ballgames consistently," Cain said.

Kendrys Morales added a solo homer in the seventh off Phil Coke.

"He was aggressive, tried to get ahead in the count," Perez said. "His secondary pitches worked tonight, too, so that's good. Every time he comes like that, it's going to be a great night for him."

Ventura had been coming off losses at Seattle and Cleveland.

"Every pitcher likes a nice lead," he said through a translator.

Because Kris Medlen got only six outs on Tuesday night, Kansas City's bullpen was short. Ventura got the Royals through the middle innings.

"He limited the damage really, really well and it was what we needed from him," Yost said. "We didn't have any long guy today, so we needed him to, at least, get us into the fifth."

Kansas City (16-17) went ahead on Alex Gordon's sacrifice fly. Perez followed by pulling a hanging slider for his fifth home run this season, a drive that came one day after his 26th birthday.

"It's still early in the game, but it was a pretty good lead," Perez said.

Carlos Beltran's 399th home run, his third in three days, started New York's comeback attempt in the second, when Chase Headley hit an RBI single. Starlin Castro, who hasn't driven in a run since April 27, hit into an inning-ending forceout with the bases loaded.

Rookie Ben Gamel stranded a runner on third in the fourth, and the Yankees got just one run in the fifth after Castro's double put runners at second and third with no outs. Brian McCann hit an RBI grounder, but Beltran and Ackley grounded out.

"The stuff is there. We know that," Yankees manager Joe Girardi said. "I think he's better than what he's pitched."

In addition to Escobar getting hit by Goody, Cain (knee) and Gordon (elbow) were plunked by Pineda. Davis hit Brett Gardner on a thigh with two outs in the ninth.

Royals: Yost said he had not yet received results of the MRI of RHP Chris Young's right forearm.

Nathan Eovaldi (2-2) is scheduled to start for the Yankees in Thursday's series finale and former Yankee Ian Kennedy (4-2) is slated to pitch for the Royals. Kennedy is among the AL leaders in ERA (2.13) and opponents' batting average (.209). Eovaldi's average four-seam fastball velocity of 97.7 mph is the highest among big league starting pitchers this year, according to Baseball Prospectus' PITCH f/x data.