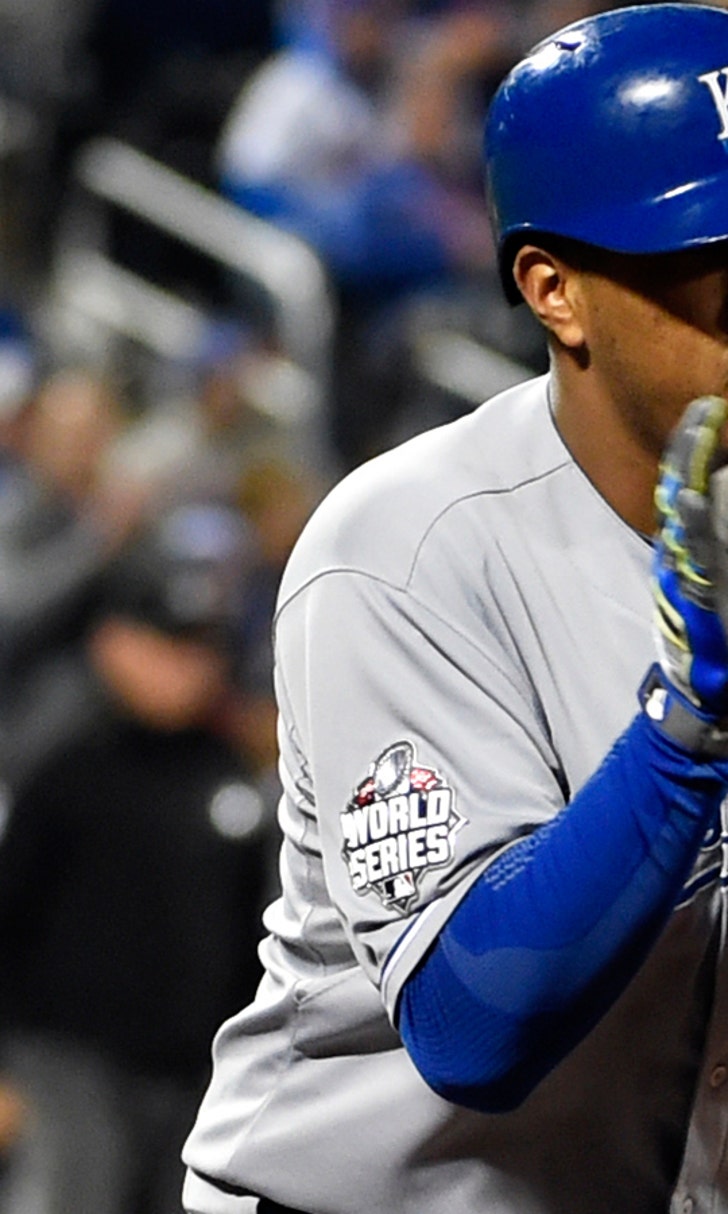 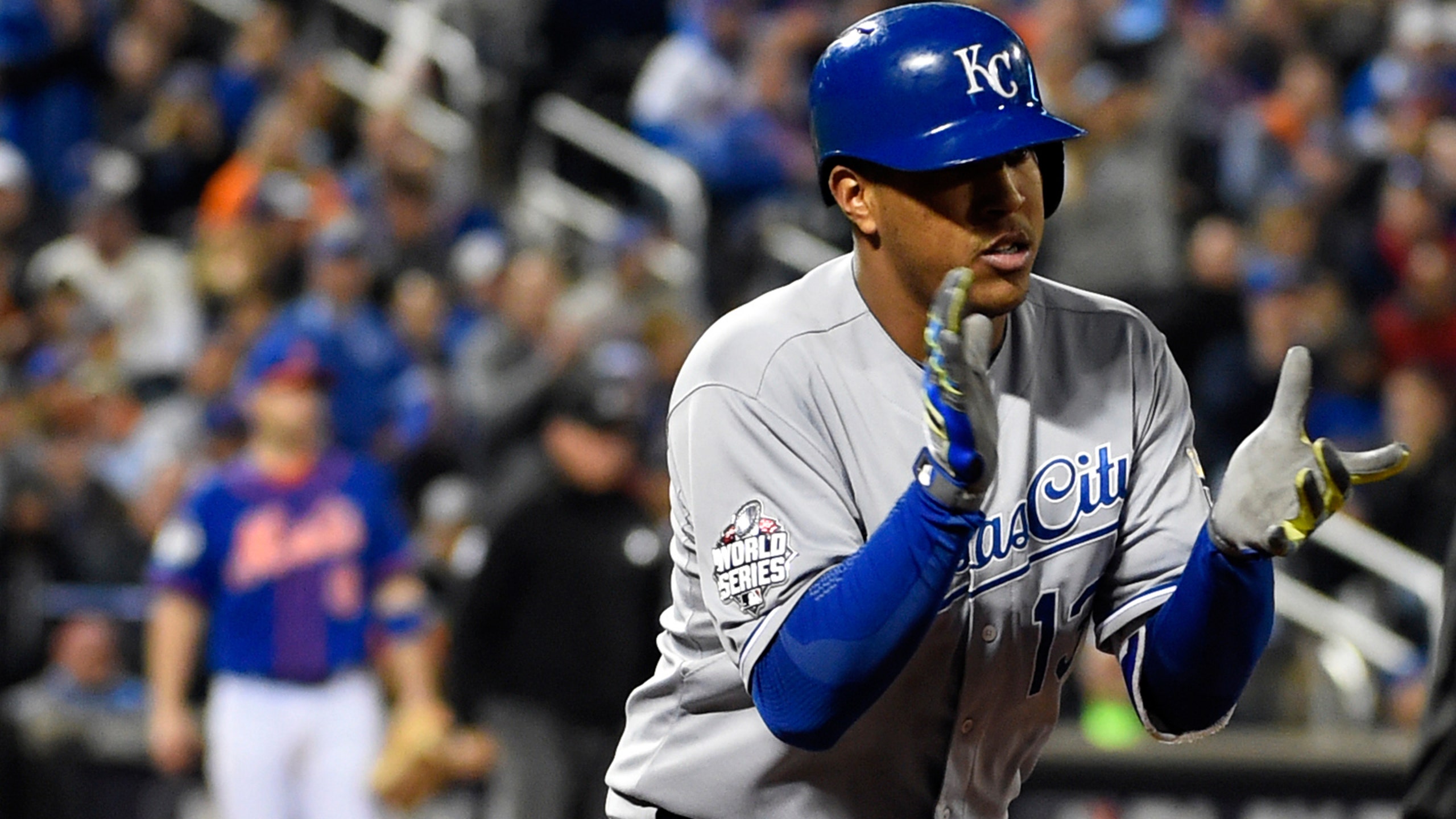 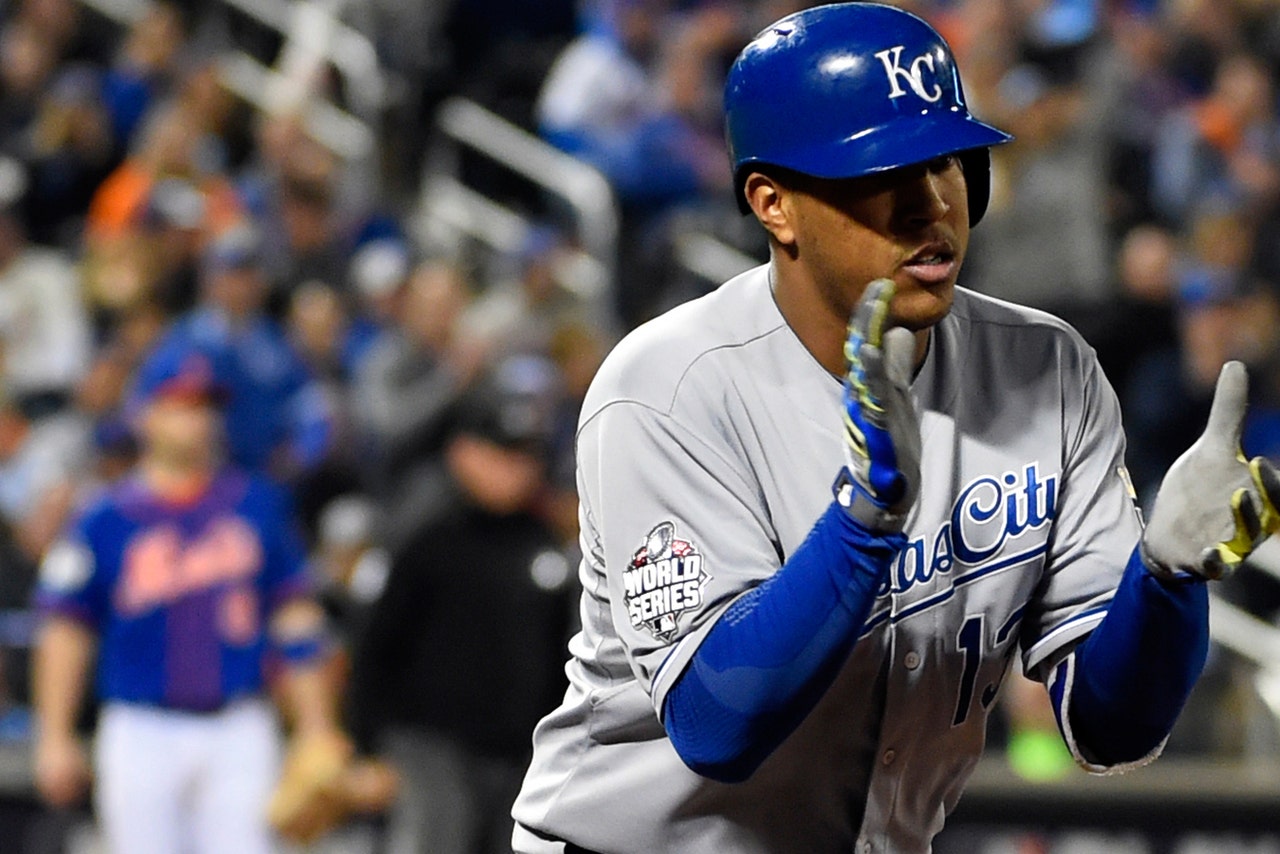 NEW YORK -- Salvador Perez took foul balls of his mask, collarbone and fingers, and the Kansas City catcher kept on bouncing back, like some indestructible test dummy.

No bruise was too painful.

No ache was too much to overcome.

Not only did he anchor the pitching staff, he hit .364 (8 for 22) and was voted the Most Valuable Player in the Royals' five-game World Series win over the New York Mets that culminated in a 7-2, 12-inning victory early Monday morning.

Last year against San Francisco, Perez hit a foul pop to Pablo Sandoval for the Series' final out, with the potential tying run at third.

This year, his grounder drove in the tying run as Kansas City rallied for two runs in the ninth inning. Then he singled leading off the 12th, setting up pinch-runner Jarrod Dyson to score the go-ahead run on pinch-hitter Christian Colon's single.

Perez set a major league record for most innings caught over a two-year span since 1914 with 2,724, according to STATS, topping the 2,704 for the Chicago Cubs' Randy Hundley in 1967-68. In addition, Perez has caught 38 spring training innings over the past two years plus 36 innings during the major league All-Stars' 2014 postseason tour of Japan.

"He's a horse," Mets manager Terry Collins said Sunday. "Put up the offensive numbers, when you're catching 150 a year, that's impressive. I mean, I know he's a big, strong guy, but that big body gets beat up. He's had some foul tips already in the first part of this Series that you wonder if he's coming back out and yet he does. He's a horse."

He took a foul tip off the mask in Game 4 of the AL Division Series, and in Game 4 of the World Series he was staggered by a tip off his collarbone. The only reason he wasn't on the field for Wade Davis' final pitch was Kansas City's need to pinch run for him when he singled to start the title-winning rally.

"He's never going to say nothing," said Royals manager Ned Yost, a former catcher. "He's as tough as they come. You just know that even if you ask him, he's going to tell you he's fine, so no sense of asking him."