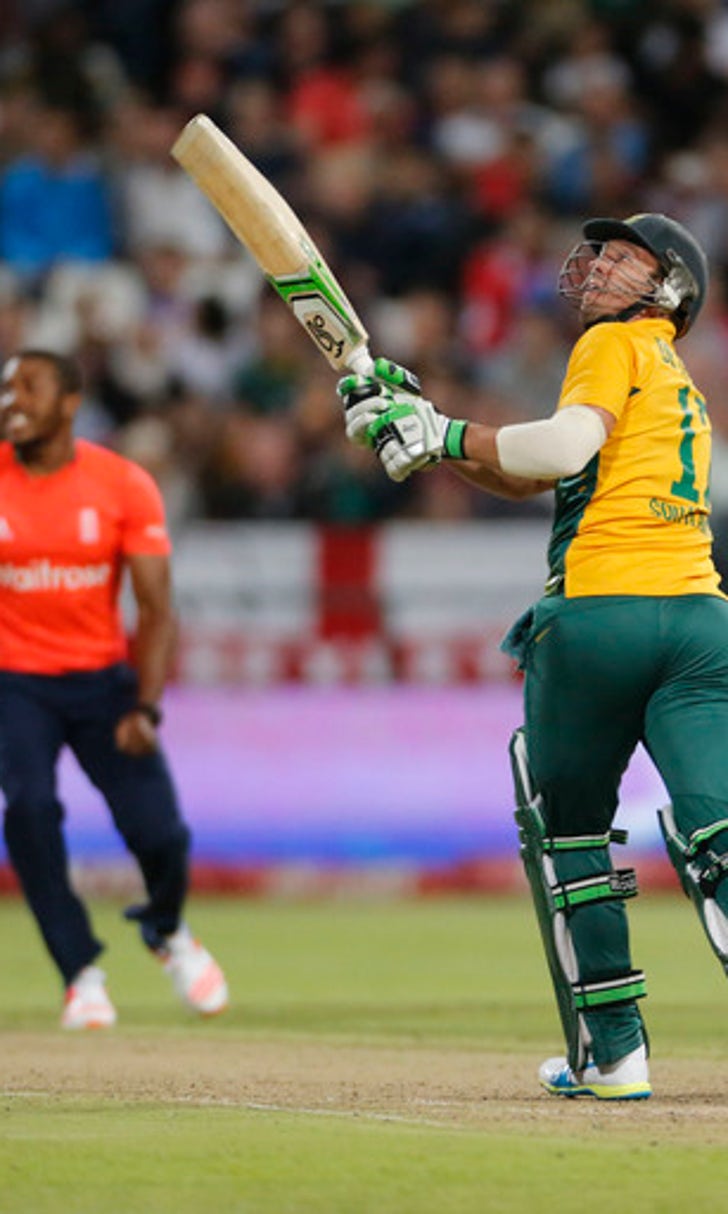 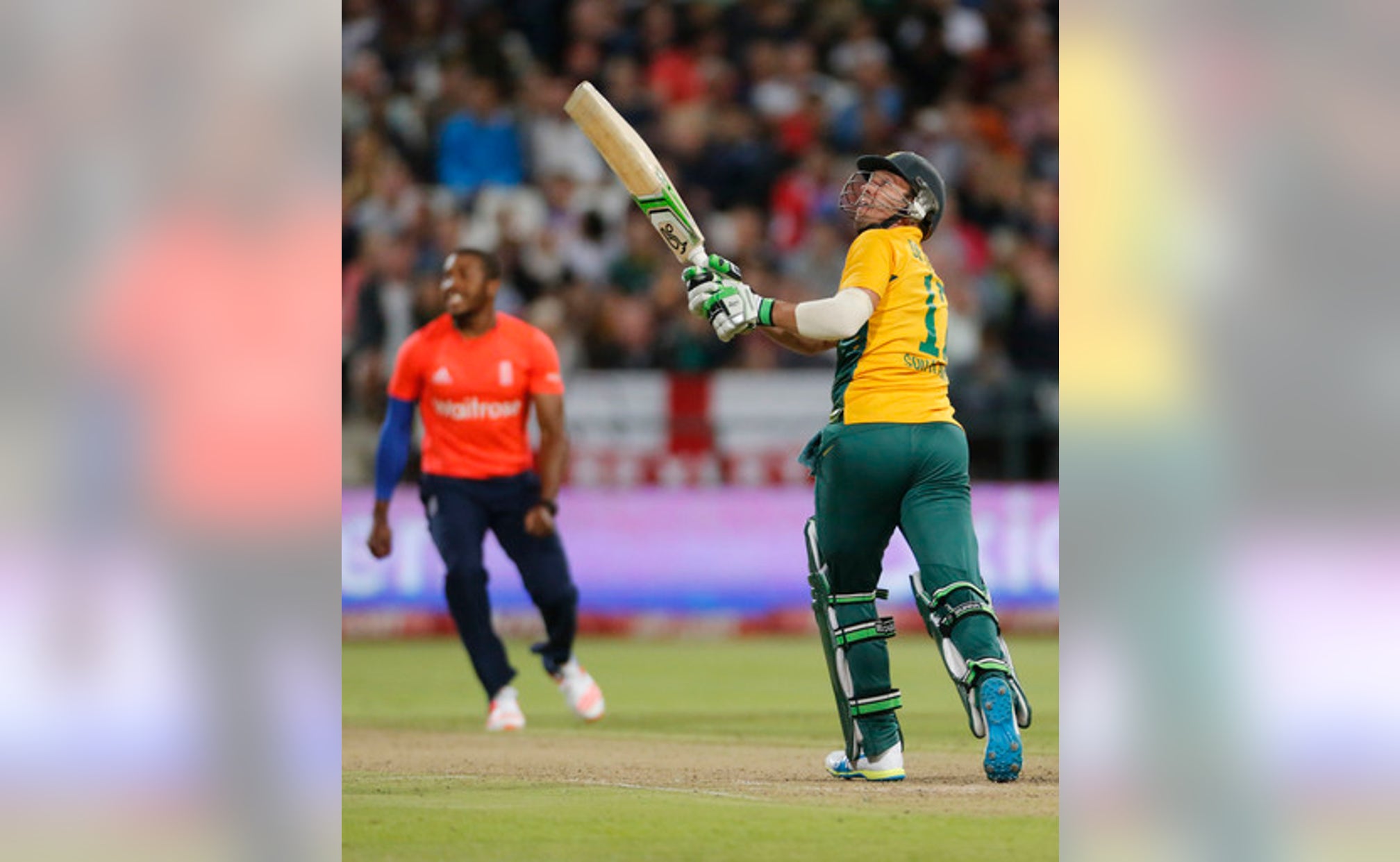 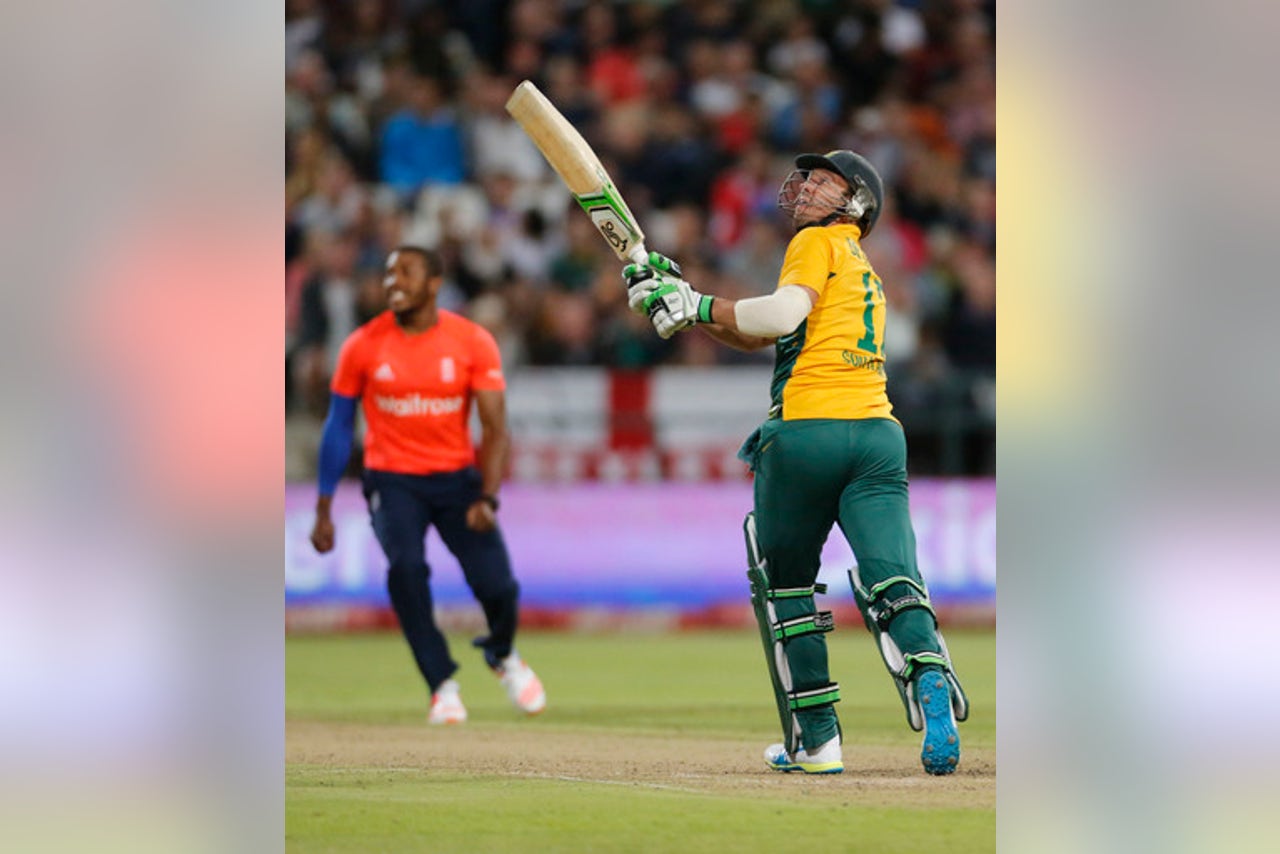 CAPE TOWN, South Africa (AP) South Africa beat England by three wickets in the first Twenty20 on Friday, running two off the last ball and surviving after Reece Topley missed an easy run out that would have kept the scores tied.

Instead, South Africa got the 15 runs it required off the last over against Topley.

Chris Morris hit a six and a four, and needed two off the last delivery for victory. He hit his shot straight to long-off, and Joe Root delivered a perfect throw for Topley at the bowler's end to run out non-striker Kyle Abbott as he came back for the second. Topley dropped the ball to lose the game for England.