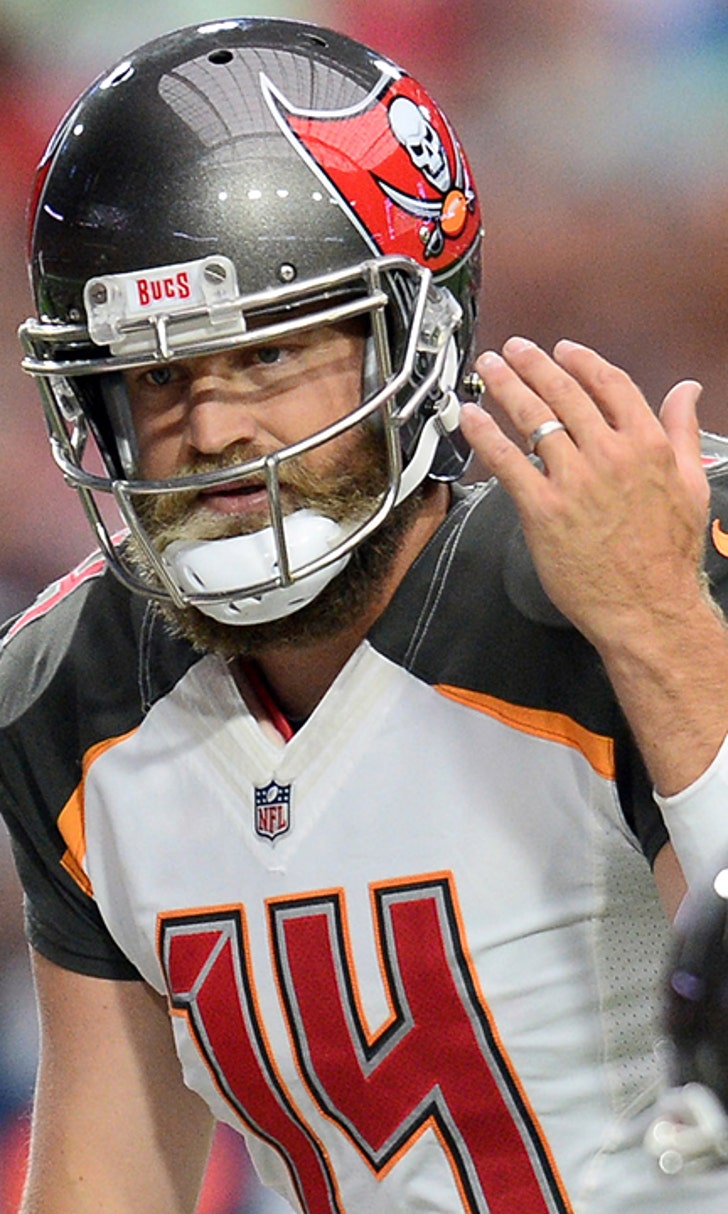 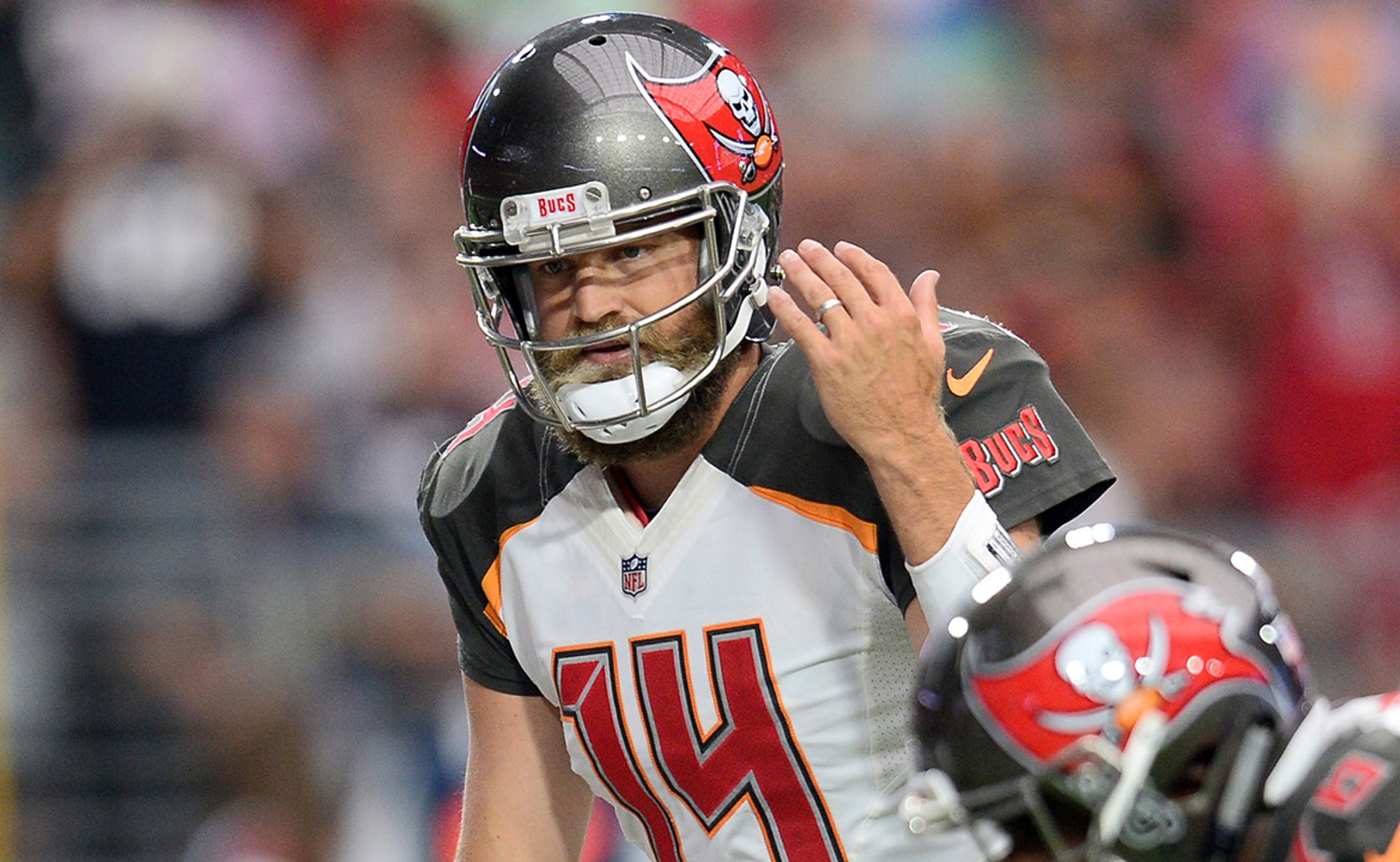 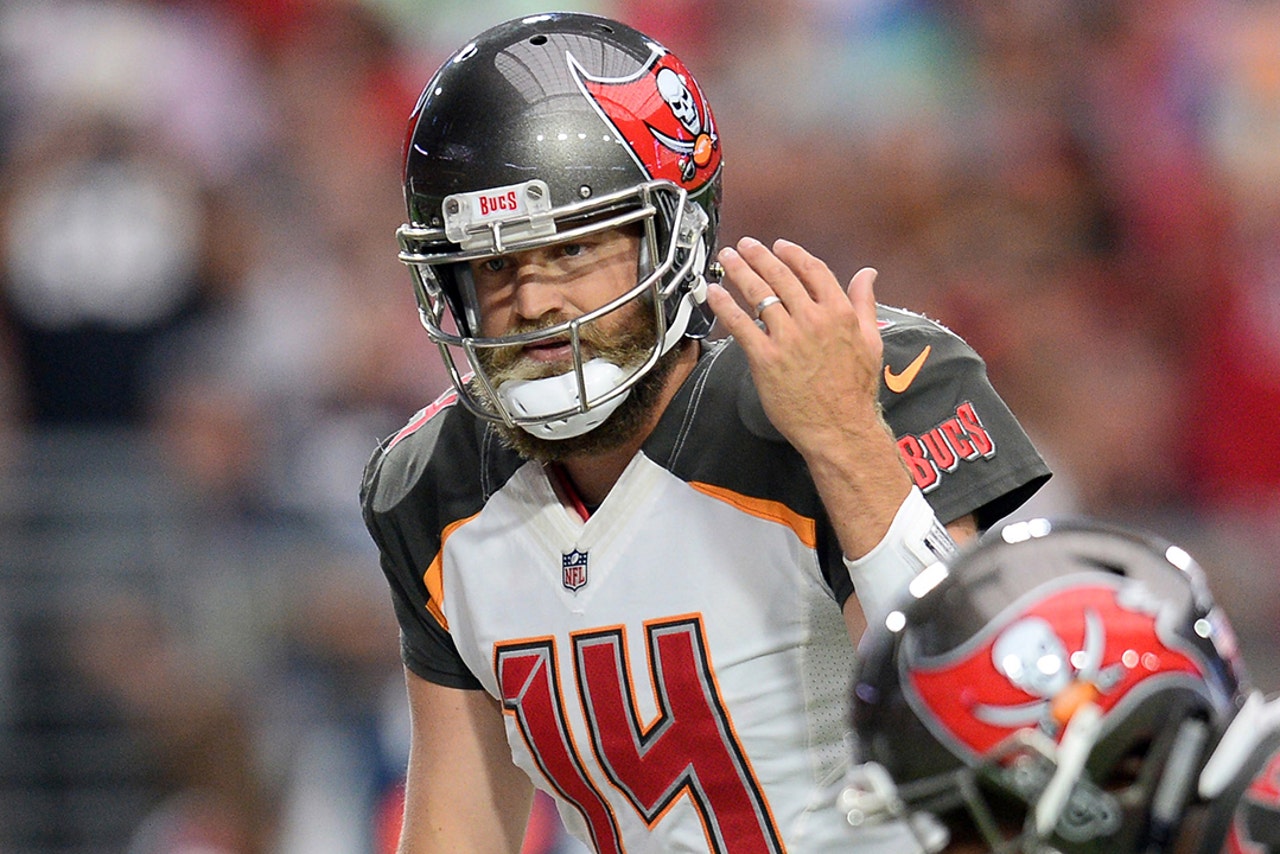 As expected, the third-year pro did not throw in practice Wednesday because of a sprained AC joint in his right shoulder.

Backup Ryan Fitzpatrick worked with the first-team offense in preparation for the Bills (3-2), who have the NFL's stingiest scoring defense.

"He's limited," coach Dirk Koetter said of Winston, who was injured less than six minutes into last Sunday's 38-33 loss to the Arizona Cardinals.

The Bucs said the following day that a MRI found no structural damage and that Winston, who's made 37 consecutive starts to begin his career since entering the NFL as the No. 1 pick in the 2015 draft, is considered day-to-day.

The Bucs have not signed a third quarterback, however Koetter declined to say whether that's a sign that if Fitzpatrick starts this weekend that Winston might be available as a backup against the Bills.

"I'll let you guys draw your own conclusions on that," Koetter said, adding he has confidence in Fitzpatrick, one of four players in league history to throw touchdowns passes with seven different teams, if Winston doesn't play.

"Ryan's always extremely well prepared. To put it in perspective, Jameis has 37 starts. Ryan has 116," the coach said. "So, Ryan got all the passing reps today, and that's about 35 more than he's gotten since the season started, with the first offense. He's a pro. He knows how to prepare. He showed that last week."

Winston was injured on Tampa Bay's opening drive. He returned for two more series before being replaced by Fitzpatrick, who had limited success moving the ball until after the Bucs (2-3) fell behind 31-0 in the third quarter.

Along the way, he joined Vinny Testaverde, Chris Chandler and Gus Frerotte as the only quarterbacks to throw TD passes for seven different franchises.

"Fitz is a smart quarterback," receiver Mike Evans said. "He has really good ball placement. He puts it in areas that only we can catch it. He gives us a chance to win."

Fitzpatrick started 27 games over the past two seasons with the New York Jets. He signed with Tampa Bay as a free agent last spring, knowing he would be a backup to Winston, who topped 4,000 yards passing in each of his first two seasons.

"That's the role I'm in, it's a role I've been in before. I just try to go out there and do the best I can," Fitzpatrick said before practice Wednesday.