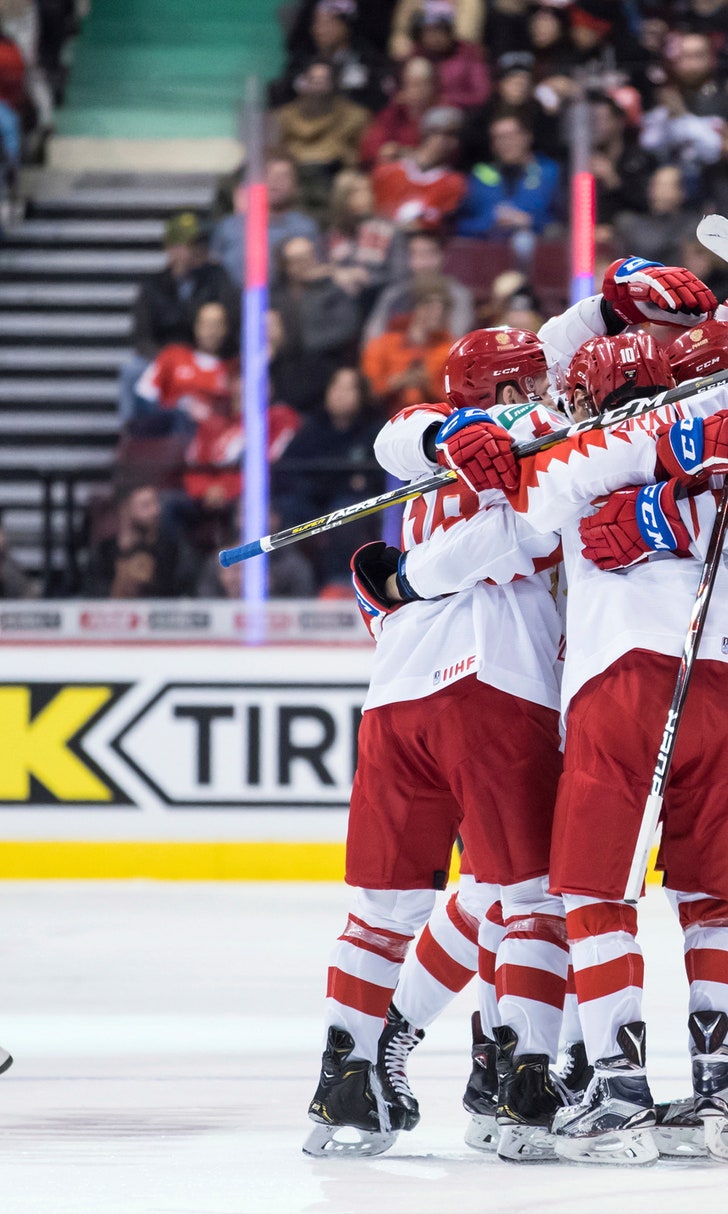 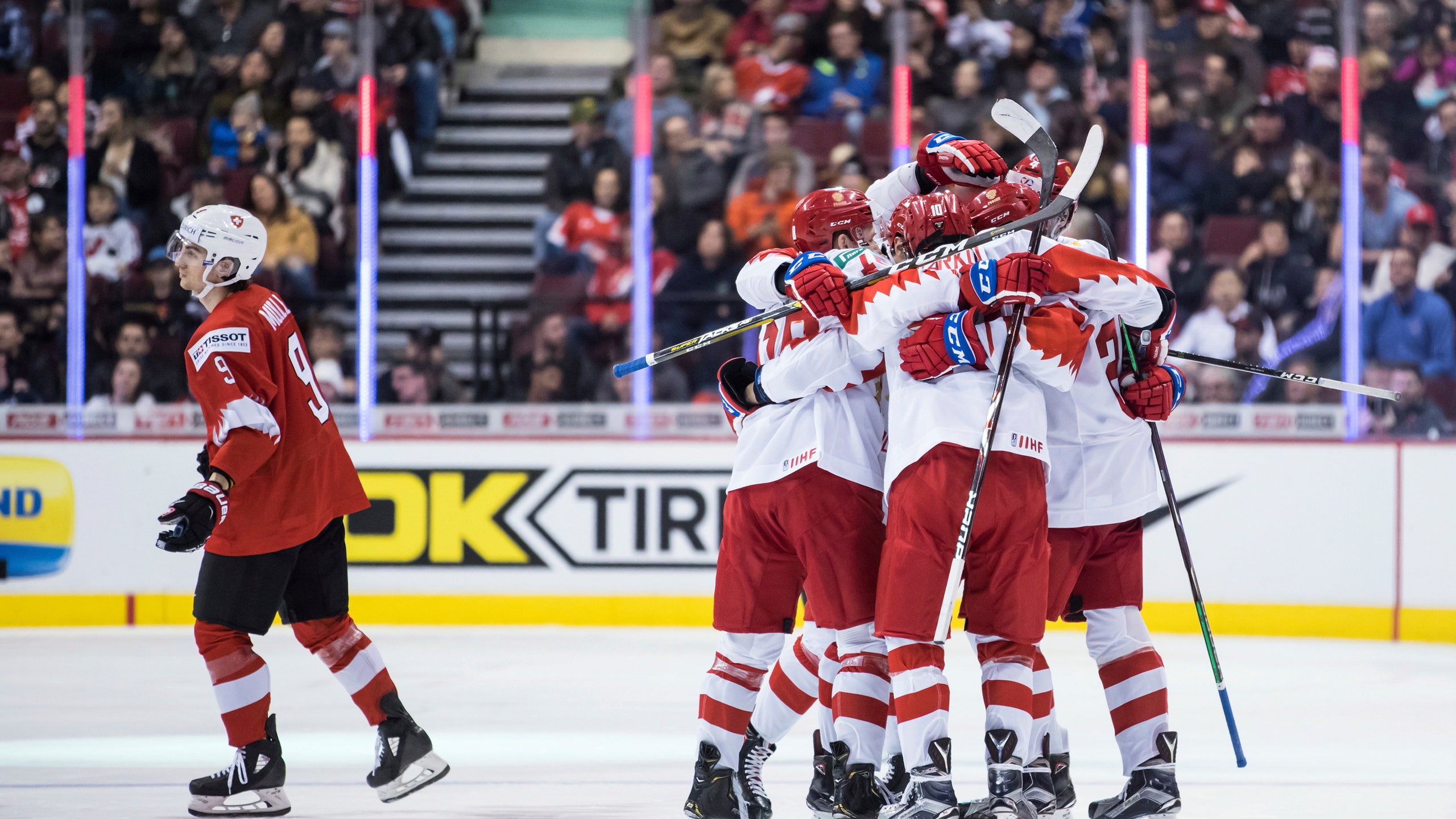 Russia kept pace with Canada at 3-0 in round-robin play, setting up a showdown Monday night against the defending champion Canadians for the Group A title.

Marco Lehmann scored twice for Switzerland, and Valentin Nussbaumer and Yannick Bruschweiler added goals. The Swiss will finish third or fourth in the group to advance to the quarterfinals.

In Victoria, Slovakia beat Kazakhstan 11-2 to take the fourth spot quarterfinal spot in Group B. Andrej Kollar had a hat trick and Adam Ruzicka, Andrej Kollar and Marcel Dlugos each scored twice for Slovakia. Artur Gatiyatov had both goals for Kazakhstan.