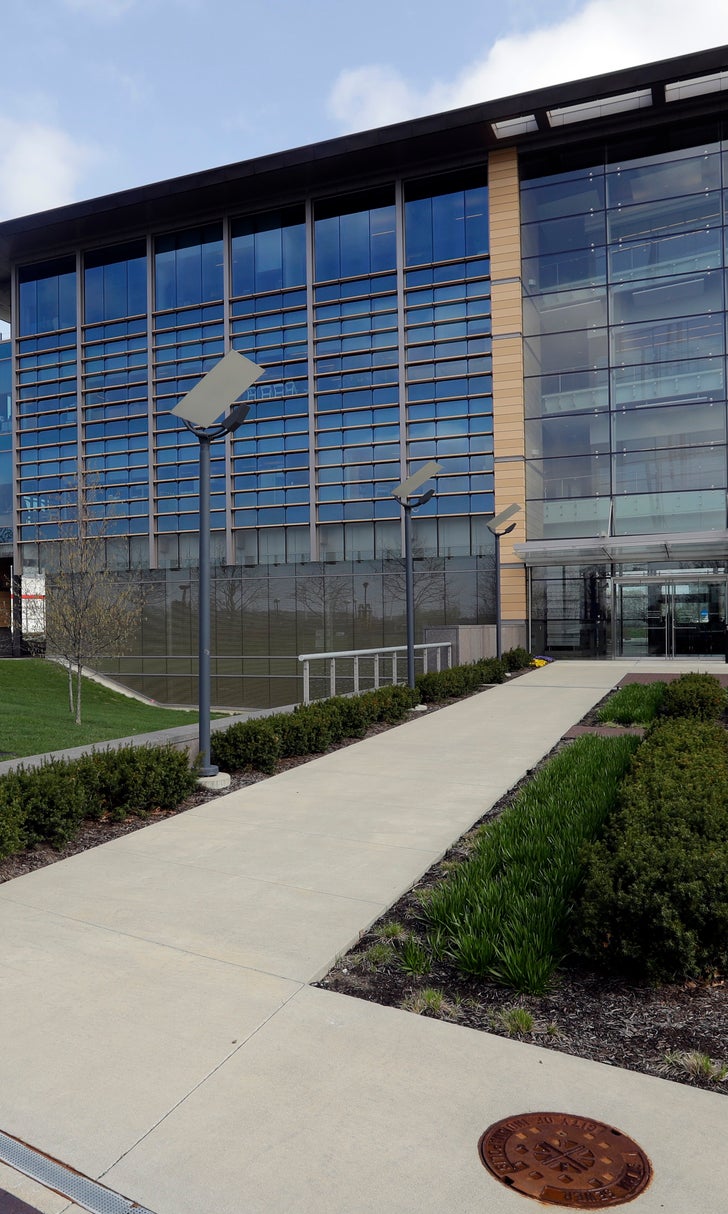 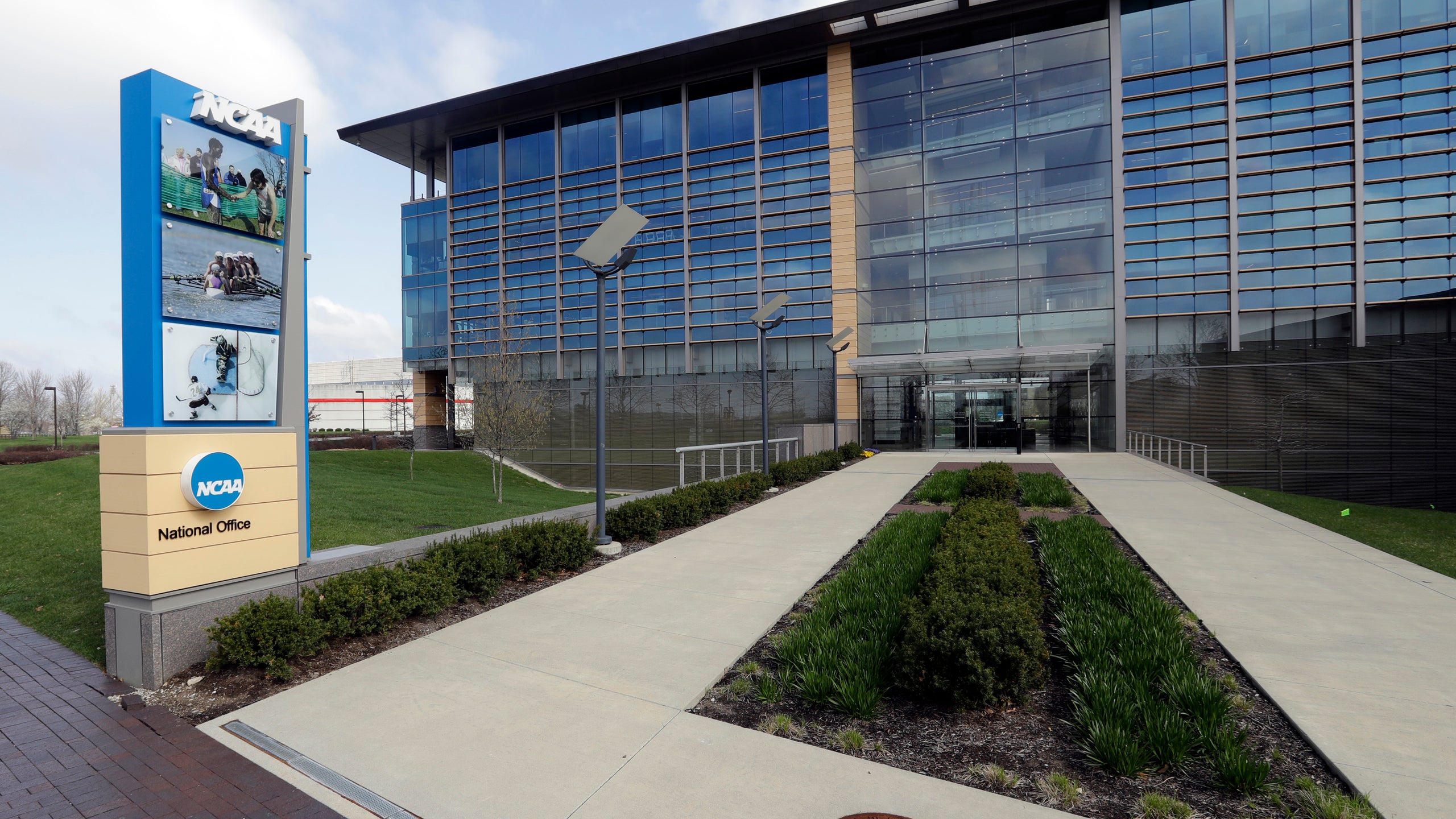 Rules changes could come to NCAA if California bill passes

INDIANAPOLIS (AP) — The NCAA wants a level playing field for all athletes, even if state law proposals threaten its longtime model for amateur sports.

With the California assembly considering a potentially landmark measure that would allow athletes at state colleges and universities to profit from the use of their names, likenesses and images, an NCAA working group is trying to figure out how to respond.

Some legal experts believe there is only one realistic option.

"I think the most likely outcome is that the NCAA modifies its rules to some extent," said Gabe Feldman, director of the Tulane Sports Law Program. "Whether that's enough to make California back off, I don't know. But if I had to guess, I'd say this is likely to lead to some (rules) changes."

The NCAA Board of Governors appointed the 19-member working group in May. Gene Smith, the Ohio State athletic director who co-chairs the group with Big East Commissioner Val Ackerman, issued a statement back then that reinforced the NCAA's long-held position: The committee will not support paying students like school employees.

Three weeks ago, the group acknowledged it was discussing changing rules, policies and practices. It did not provide specifics and the NCAA this past week declined to make members of the group available for interviews. Formal recommendations are expected to be made at the board's quarterly meeting in October.

Feldman said he believes the least contentious option would be allowing athletes to receive some money.

Others are calling for more drastic changes.

"I think the entire system will have to change if this law passes," said attorney Tim Nevius, a former University of Dayton baseball player and NCAA investigator who now runs a college sports law firm. Since challenging the NCAA with a federal class-action lawsuit over compensating athletes, Nevius has become an advocate of NCAA reform.

"This is long overdue, too," he said. "These are basic economic rights that are afforded to every single person not only in college but in our country and denying athletes these rights is not only wrong, it's stupid."

The California proposal would allow athletes to earn money through endorsements and sponsorships while prohibiting schools, conferences and associations like the NCAA from enforcing policies that prohibit those payments. It also says the NCAA cannot declare any school or athlete ineligible for taking the money.

The state Senate approved the bill 31-4 in May. At the time, state Sen. Nancy Skinner, the bill's sponsor, said NCAA rules "disproportionately harm students from low-income families" and are "particularly unfair" to female athletes. The bill faces a key test Friday, when an Assembly committee will decide whether to advance it or kill it.

If the bill ends up being signed into law by Gov. Gavin Newsom, there could be a long, contentious court battle.

That argument, Potuto said, could give the NCAA enough flexibility to let schools comply with California law without risking expulsion while allowing the NCAA to declare individual athletes ineligible, a variation from the governing body's traditional tack.

"What the legislation does is inconsistent with the NCAA requirements," said Potuto, who once chaired the NCAA's committee on infractions. "The California schools are a member of the NCAA and when you're a member of a club, you can try and get the rules changed. But you don't get to be a member of a club and say I have different rules that I'm operating by without the risk of getting expelled by the club. So California can regulate by statute that its institutions work to change the bylaws and that's perfectly fine. But to tell California schools you can't do it risks their membership."

When the NCAA has opposed previous state-level decisions or positions, it has declared those states off limits for championship events.

Delaware, Montana, Nevada and Oregon faced this after allowing legalized sports betting on single games, though that situation changed after the Supreme Court cleared the way for expanded sports gambling across the country. Mississippi and South Carolina were banned from hosting championship events because of controversy over use of Confederate flags. North Carolina was put on the list after passing a "bathroom bill" considered anti-transgender and Indiana, where the NCAA is headquartered and the host for Final Fours, faced a similar response when it passed a "religious freedom" bill.

Using the same tactic against the nation's most populous state poses different problems. Nevius considers it an empty threat and Feldman partially agrees.

"I think it's more challenging when you're dealing with California than other states and when you have the Pac-12 involved," Feldman said. "I think It's more difficult when the NCAA model is constantly under attack, which is why I think pressure is there to loosen the rules because if they hold on too tightly, they might lose control, as the saying goes. And this might be the right time, too."