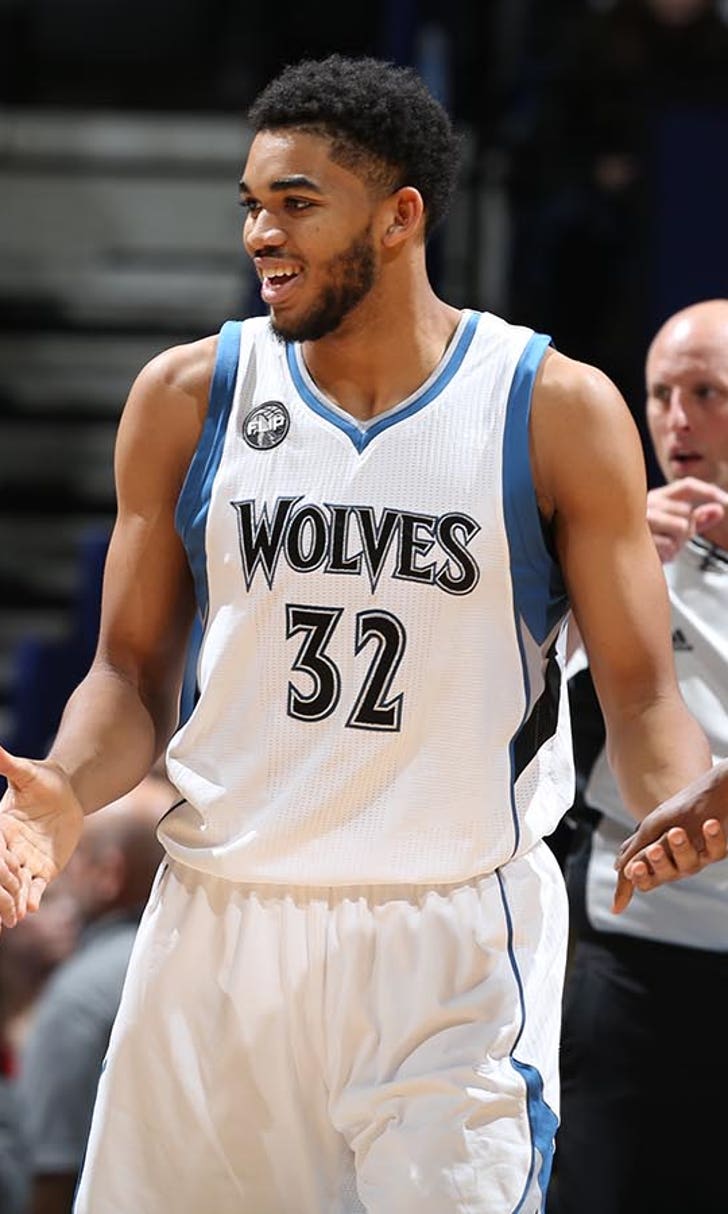 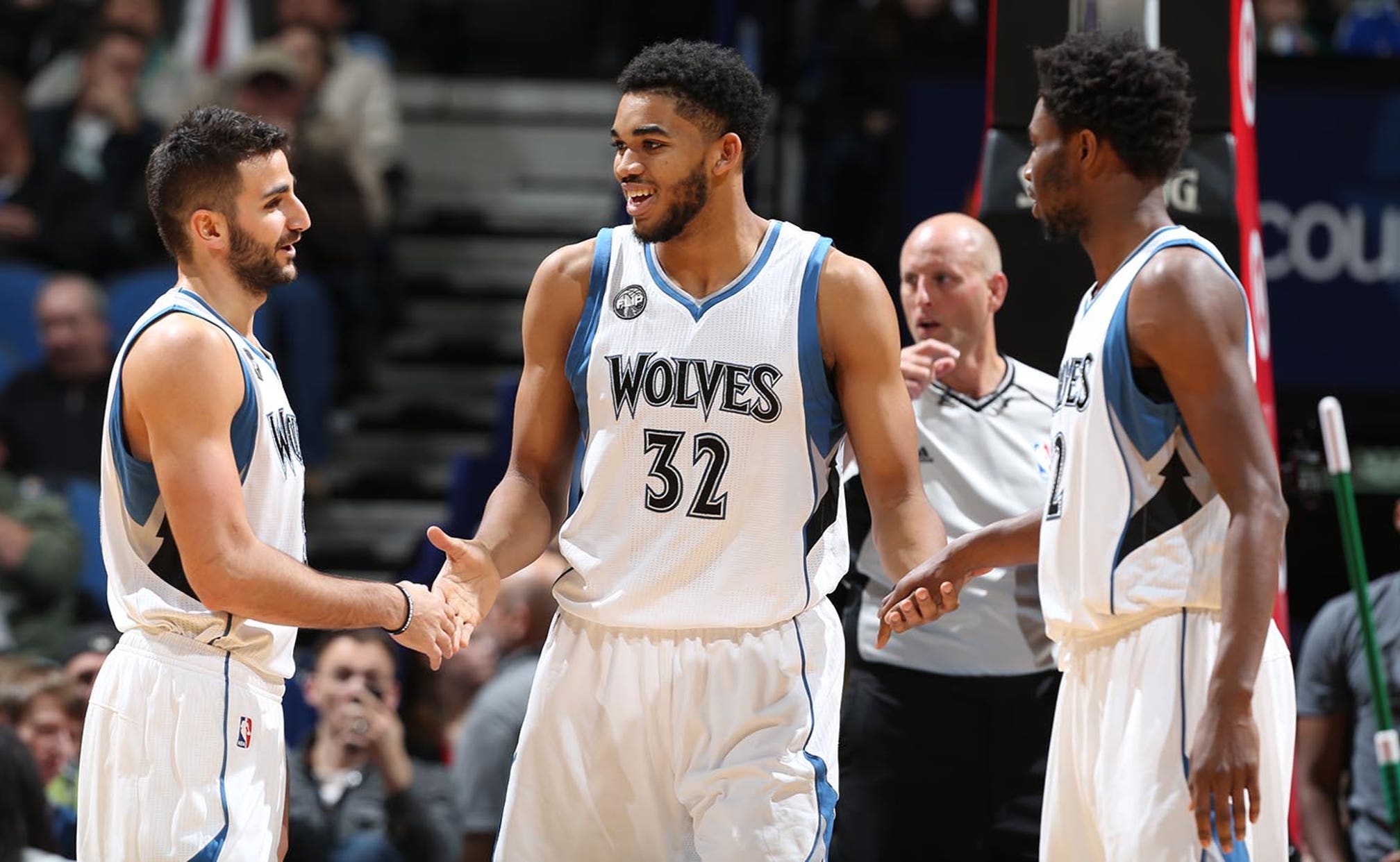 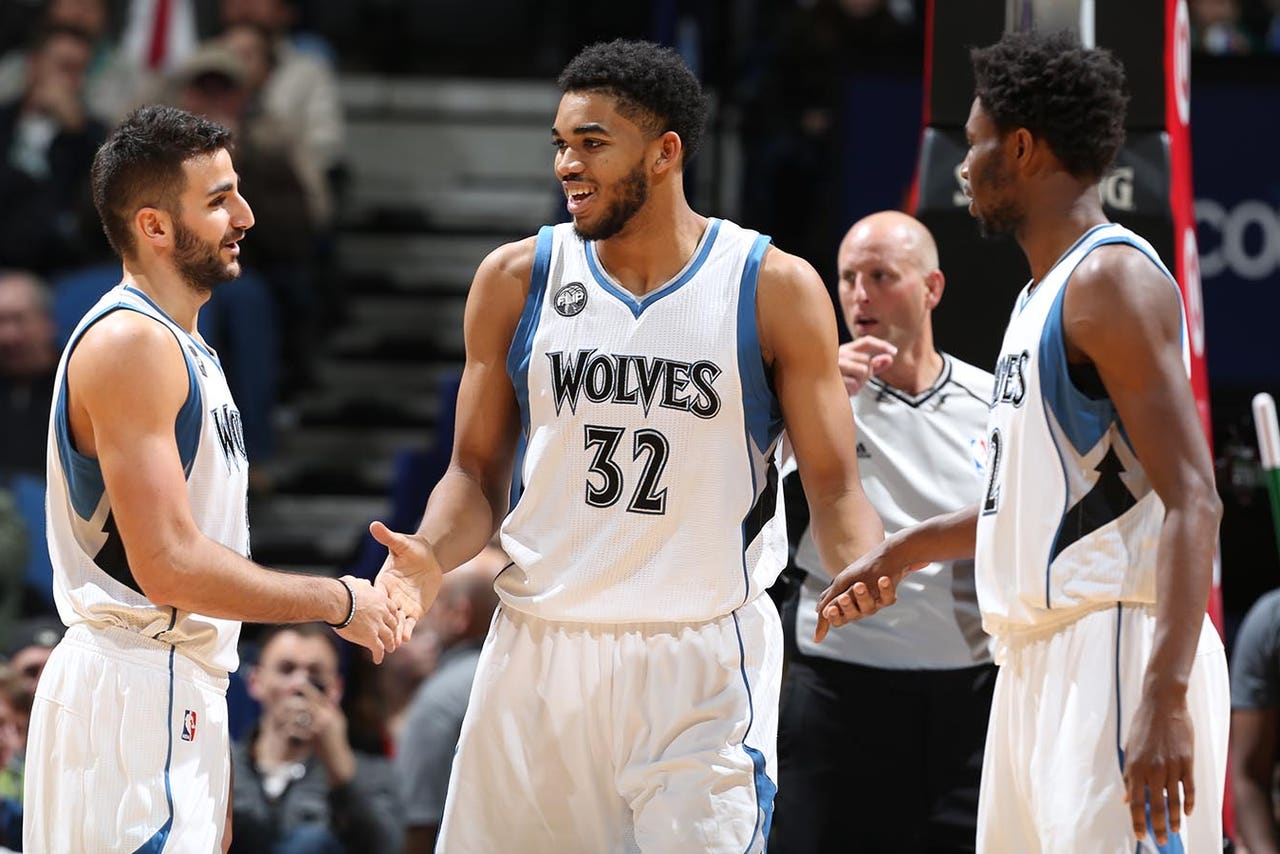 Minnesota Timberwolves stars Karl-Anthony Towns and Andrew Wiggins are taking over, and setup man Ricky Rubio is making it happen.

Towns and Wiggins have been the NBA's highest-scoring duo since Feb. 1, and have averaged a combined 55 points per game over their last 14 games together.

That's more than LeBron James and Kyrie Irving, more than Steph Curry and Klay Thompson and more than Bradley Beal and John Wall.

But while the spotlight has been shining bright for Wiggins and Towns, Rubio has quietly helped facilitate their stardom.

Rubio has dished out 49 assists to Towns since Feb. 1 and 42 to Wiggins, creating two of the most lucrative connections in the NBA.

That's 91 buckets for Towns and Wiggins that Rubio has had a hand in, just two weeks after the veteran point guard was the subject of intense trade speculation that persisted right up to the deadline.

The Wolves aren't just finding themselves on offense though.

Since allowing 100 or more points in 13 straight games from Jan. 17-Feb. 10, the Wolves have buckled down in their own end, and have allowed an average of just 99.4 points per game over their last eight games.

-- The Wolves have racked up 20 assists in 32 consecutive games, the second-longest active streak in the league. They need just three more 20-assist games to match the franchise record of 35 games in a row, set in 1992.

-- Towns is averaging 17.2 rebounds per game since the All-Star break, the best mark in the league over that span.

-- Rubio had 11 points, a career-high 13 rebounds and 10 assists in the Wolves' 97-90 loss to the Spurs on Saturday for the fifth triple-double of his career.

Northwest Division
share story
those were the latest stories
Want to see more?
View All Stories
Fox Sports™ and © 2020 Fox Media LLC and Fox Sports Interactive Media, LLC. All rights reserved. Use of this website (including any and all parts and components) constitutes your acceptance of these Terms of Use and Updated Privacy Policy. Advertising Choices. Do Not Sell my Personal Info