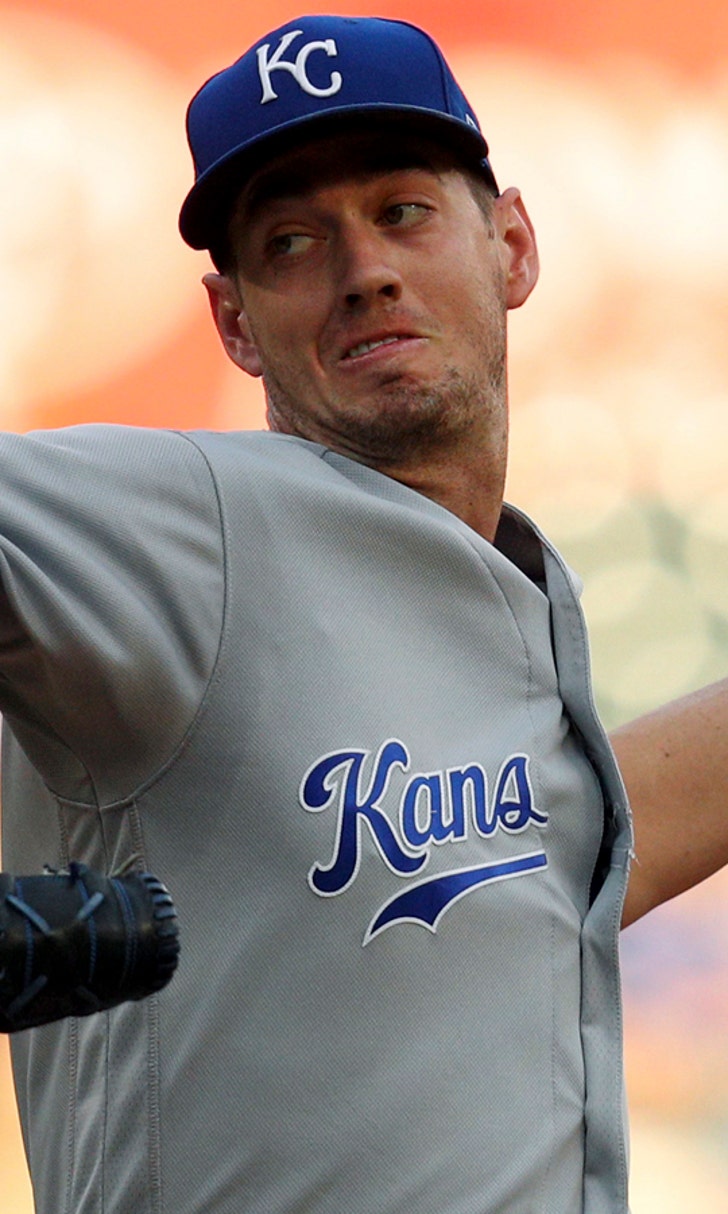 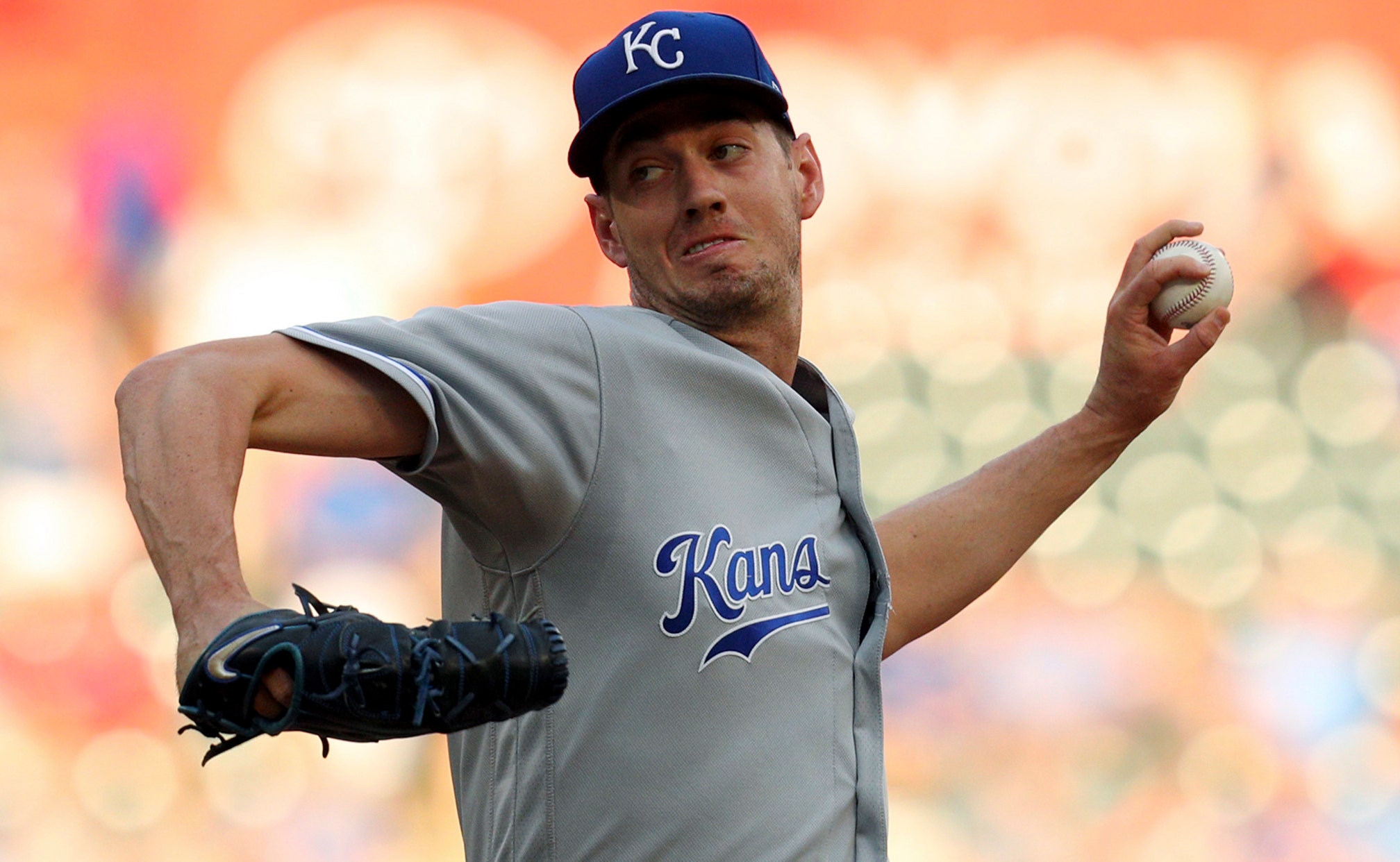 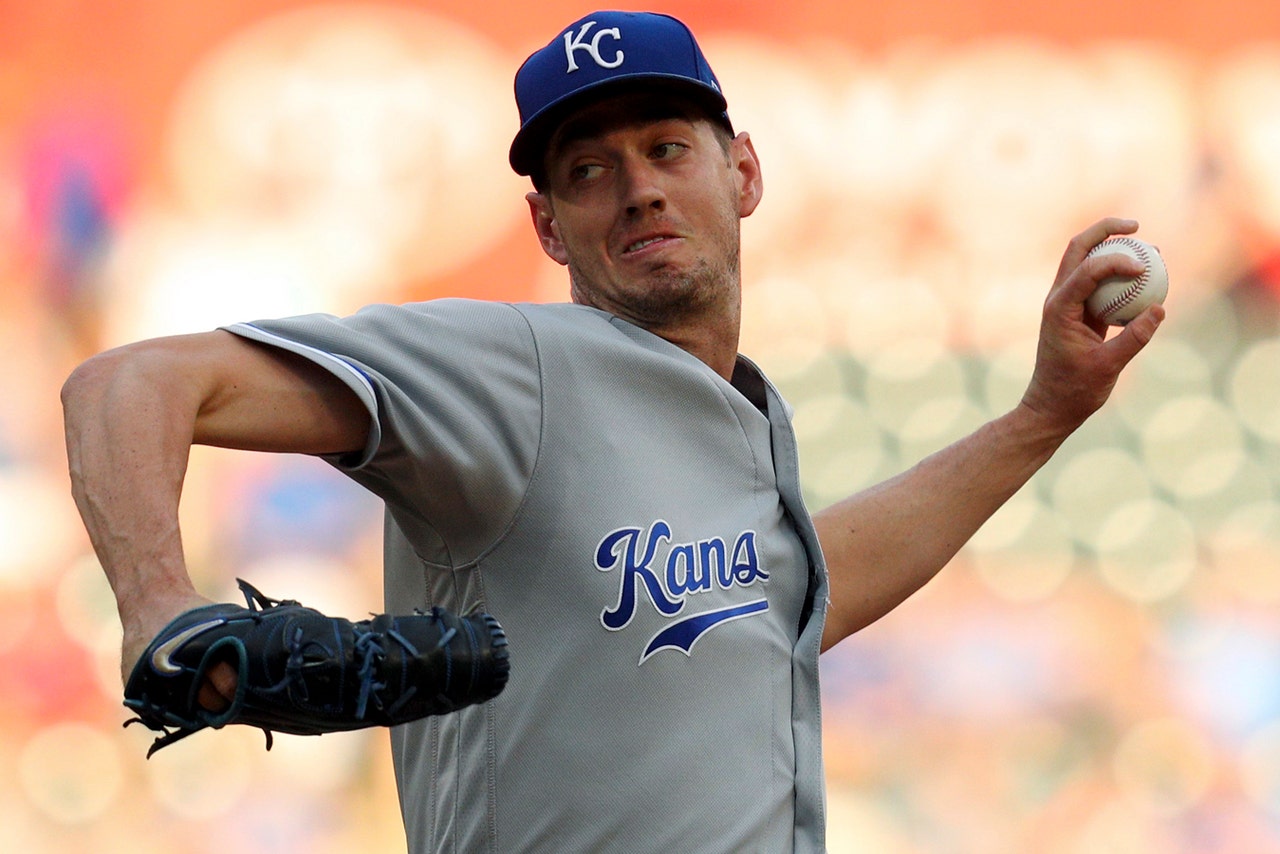 ARLINGTON, Texas -- Ronald Guzman insists he isn't a home run hitter. The Kansas Royals might not believe that.

The rookie first baseman homered in his fourth straight start and drove in three runs, leading the Texas Rangers over the Royals 8-4 on Friday night.

Guzman finished 2 for 4, including his sixth home run of the season. Guzman started three games against the New York Yankees earlier this week and homered in each, but struck out as a pinch-hitter against the Royals on Thursday night.

"I've been working real hard in the cages. I'm seeing the pitches a lot better," Guzman said. "I'm just trying to see the ball for more time, so I'm loading a little earlier now and that helps me to see the ball better."

The 23-year-old had his minor league career high of 16 homers in 2016, and manager Jeff Banister expects more.

"I know the power was not necessarily the thing in the minor leagues, but he was a good hitter," Banister said. "This is a big, strong guy."

Nomar Mazara also had a homer and three RBIs for Texas, which has won three of the first five games of a seven-game homestand.

"I feel like it's just OK," Minor said. "I think I should be a lot better. Lately, it's just keeping the ball in the park."

Keone Kela retired Salvador Perez on a flyout with the bases loaded for his 11th save in as many opportunities.

Royals lefty Eric Skoglund (1-5) allowed three home runs, all to left-handed batters. Shin-Soo Choo hit a solo homer in the first inning, Guzman gave the Rangers their first lead with a two-run shot in the fourth and Mazara added his 12th of the season in the fifth.

"I just missed up in the zone," Skoglund said. Wasn't able to establish the fastball."

Moustakas had given the Royals a 2-0 lead in the top of the first with his 11th home run, a liner to right field.

Choo brought Texas within a run in the bottom of the inning with a line drive into the corner of the right-center field bullpen.

The Rangers tied it in the third when Delino DeShields led off with a triple and scored as Mazara beat a double-play relay to first base on what would have been the third out.

Soler's two-out solo homer in the top of the fourth restored Kansas City's lead at 3-2.

"It was just bad pitches, really," Minor said. "They took advantage of it. A hanging slider and a get-me-over fastball away."

With two outs in the bottom of the fourth, Guzman hit a two-run homer, a towering fly ball into the right-field seats, to put Texas ahead for good at 4-3.

Ned Yost on Brian Flynn's 2.2 innings of scoreless relief: "We needed that in that situation. We were right in the game right up to the last out." #Royals pic.twitter.com/g1wo2QKKdo

Rangers: Banister said LHP Matt Moore, on the disabled list with a sore right knee, was OK after throwing in the bullpen Thursday. He's scheduled to throw again Saturday and will be evaluated Sunday.

The Rangers reacquired 28-year-old LHP Michael Roth from the Cubs for cash and assigned him to Triple-A Round Rock. Roth has a 2-1 record and 8.50 ERA in 23 games over three major league seasons, including one game with Texas in 2016. In seven games (five starts) at Triple-A Iowa this season, Roth was 1-2 with a 3.03 ERA.

Rangers: RHP Bartolo Colon (2-2, 3.51) will oppose KC two days after his 45th birthday. It will be his second attempt to tie Juan Marichal with 243 career wins, the most by a Dominican pitcher.