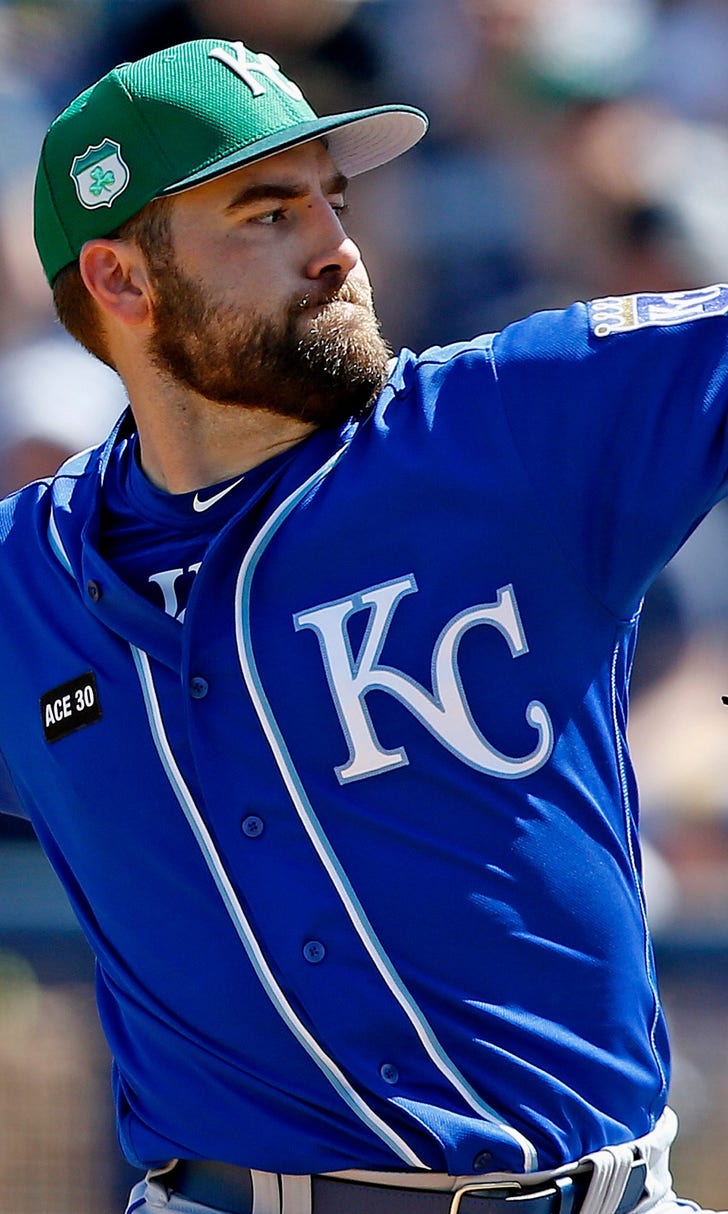 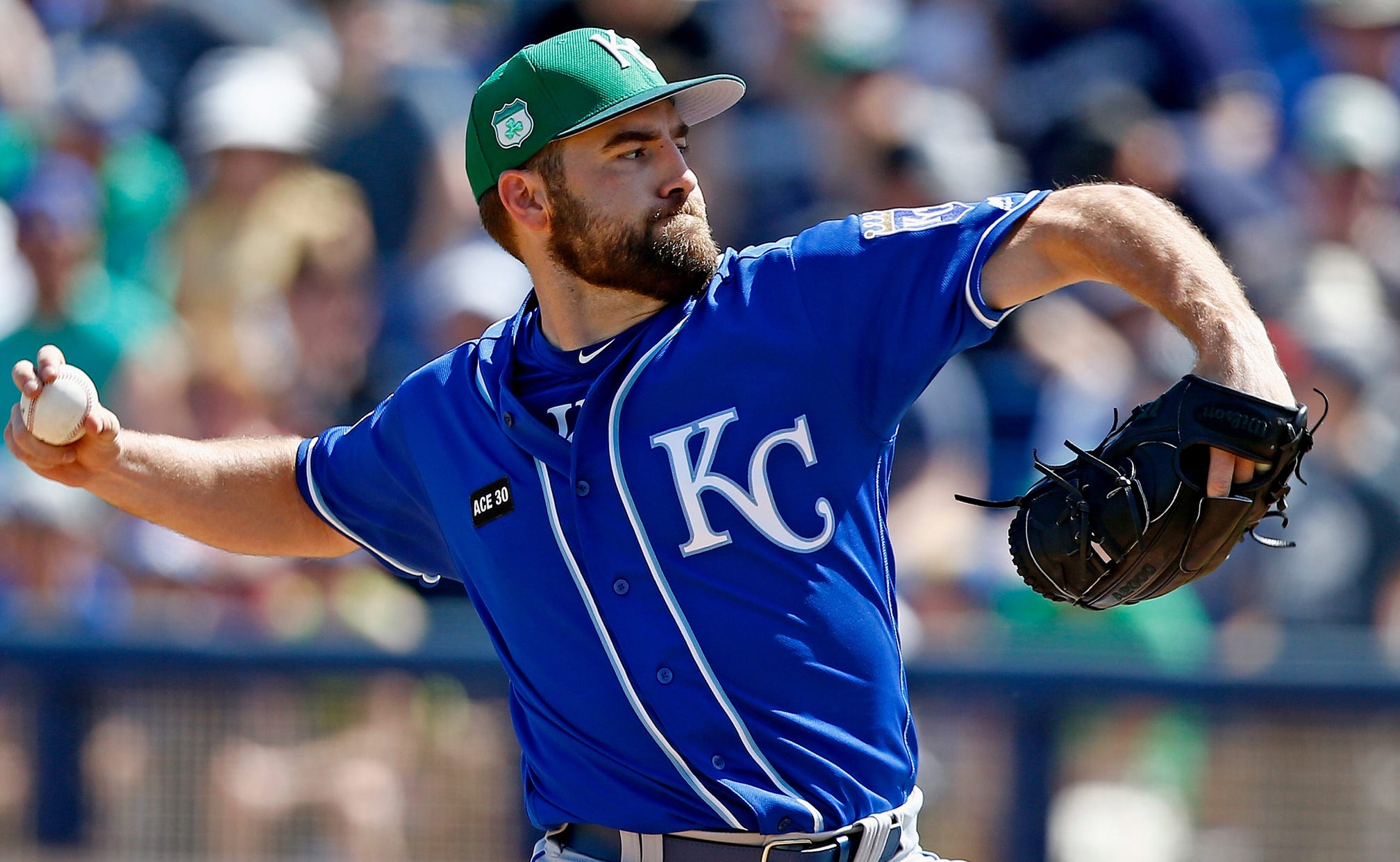 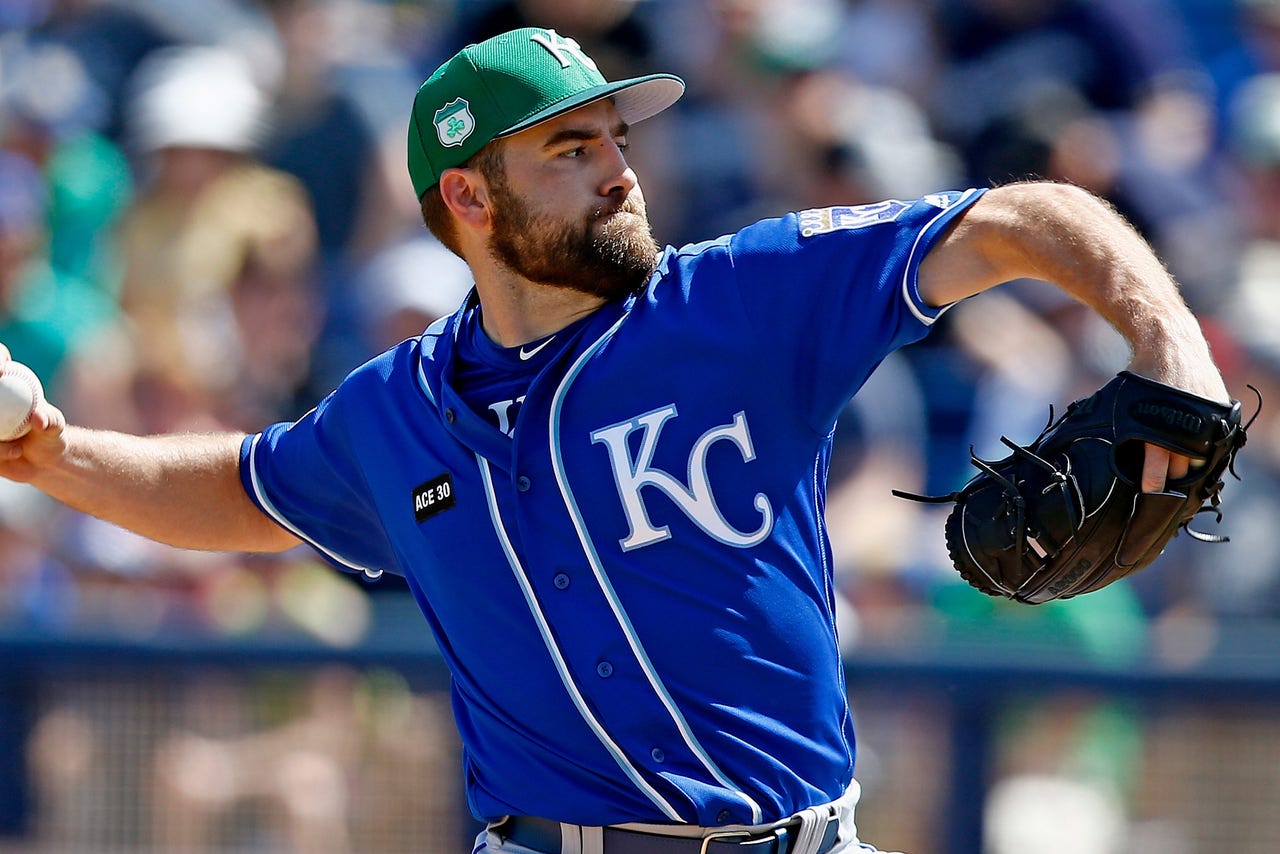 SURPRISE, Ariz. -- Nathan Karns has won the crowded competition for the lone vacancy in the Kansas City Royals' rotation, getting the nod Monday from manager Ned Yost.

Karns was acquired Jan. 6 from Seattle for outfielder Jarrod Dyson. The 29-year-old righty hasn't exactly been lights-out in spring training -- a 7.36 ERA in four starts, allowing nine earned runs on 14 hits over 11 innings, striking out 14 and walking four.

"He's got three 'plus' pitches," Yost said. "We like his power. It was a tough decision. We just had to make a decision."

"I've shown I'm healthy and my changeup is there," Karns said. "Coming to camp and kind of having a smooth road with my back issue has been very positive. That was really something I was banking on to be healthy. If I came in and wasn't healthy, that probably would have been more disappointing than anything."

Left-hander Danny Duffy and Ian Kennedy will front the rotation, while Jason Hammel, Jason Vargas and Karns will round it out.

"It's very rewarding," Karns said. "I was just very happy to be part of the competition, let alone win it."

Karns knows this decision in March won't mean much if he doesn't produce.

"If I don't prove myself, somebody else is going to replace me," Karns said.

Karns' outing Friday against the Milwaukee Brewers began badly as he allowed four runs, including a two-run homer to Ryan Braun, in the first inning. He settled down after that with three scoreless innings.

"Stop nibbling," Karns said was his adjustment. "I was trying to be too cute on the corners and falling behind. When I got ahead, my secondary stuff was left up. I wasn't finishing my pitches.

Wood signed with the Royals in the offseason with the premise he would be given a chance to compete for a rotation slot after spending all of last season in the Cubs' bullpen. He went 2-0 with a 4.05 ERA over 13 1/3 innings.

Hammel allowed one run on three hits with one walk and five strikeouts in 5 1/3 innings in a 10-6 loss to Cincinnati on Monday.