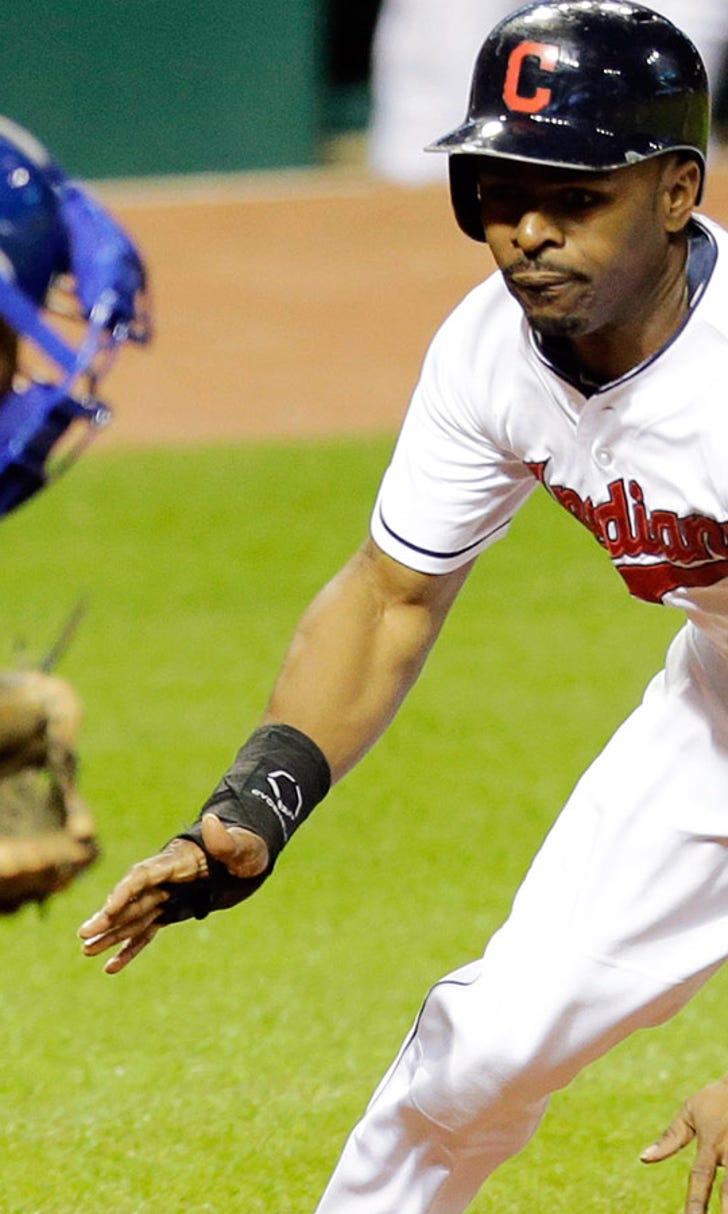 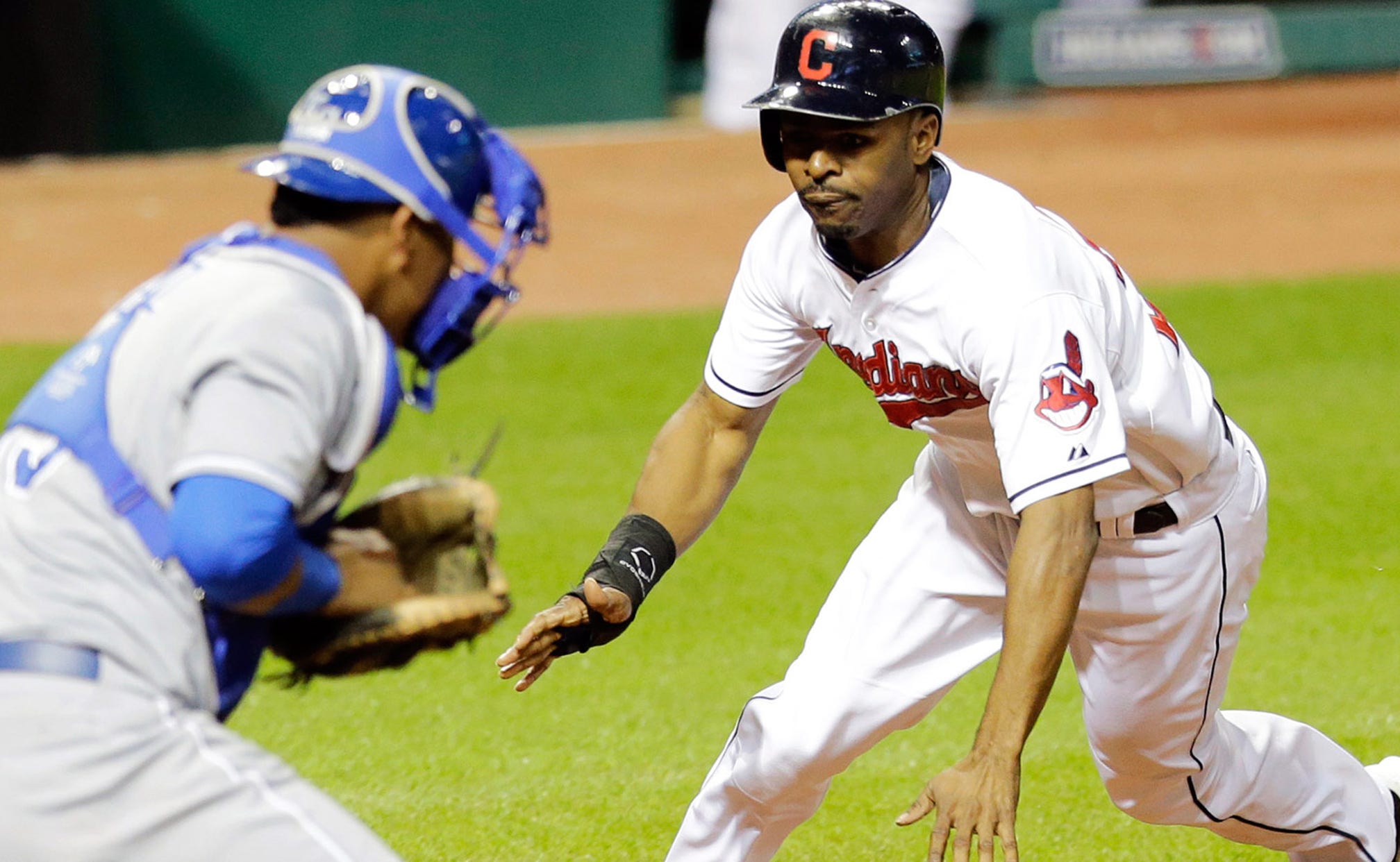 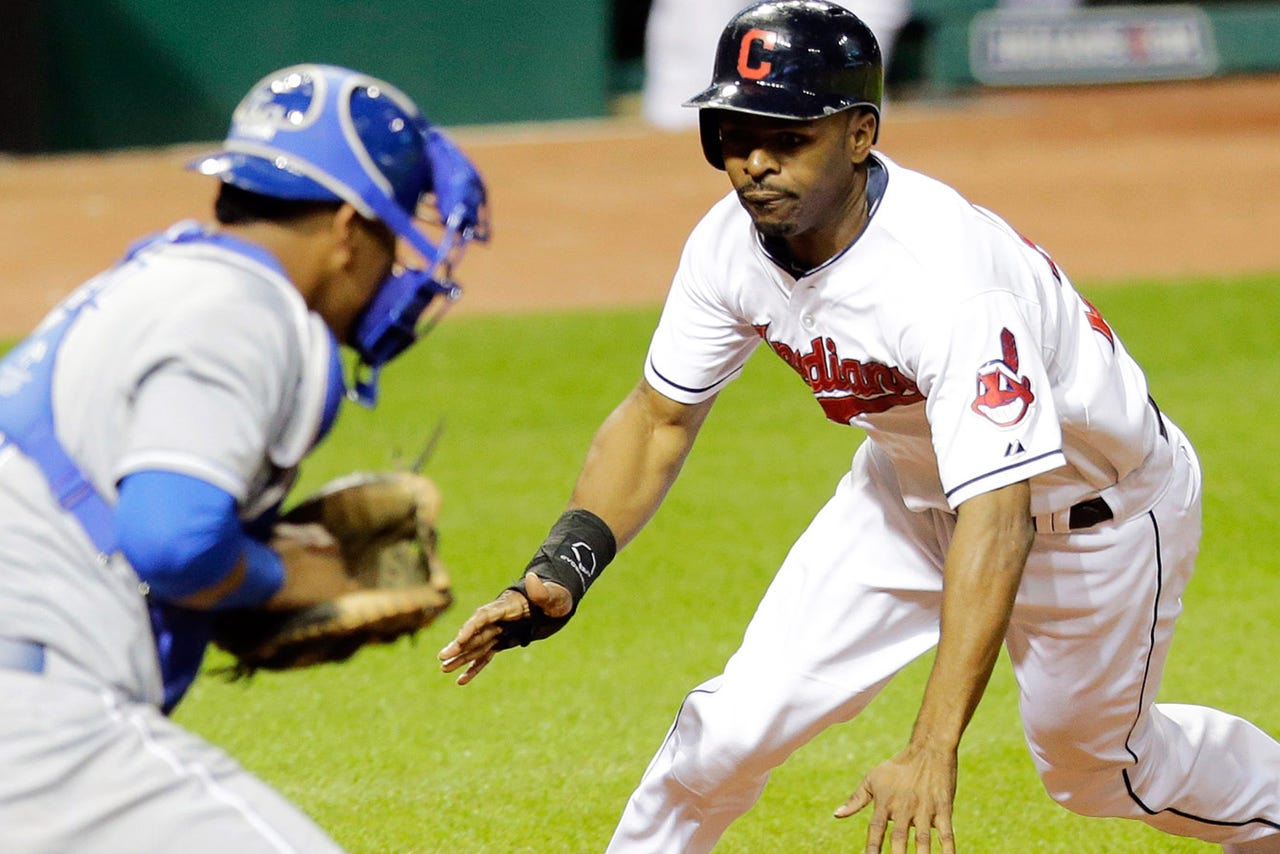 CLEVELAND -- The Royals can almost touch the postseason. It's taunting them, teasing them, their first trip into October in 29 years is just one win away.

Kansas City lost ground in the AL Central race but stayed safely ahead in the wild-card standings Wednesday night despite a 6-4 loss to the Cleveland Indians, who kept their own faint playoff pulse beating.

The Royals, who haven't made the playoffs since 1985, fell two games behind first-place Detroit, which beat the Chicago White Sox earlier in the day.

Still, the Royals remain tied with Oakland for the wild-card spots, three games ahead of Seattle and 3 1/2 games up on Cleveland with four games left. Kansas City can clinch a spot with a win over the White Sox starting Thursday.

"I don't let myself think about it," Butler said. "I know things are close. We've got four games left. If we could do it right now, we'd be in a playoff spot. You can't help but realize that's right around the corner, but you have to keep grinding and keep your head down."

Zach McAllister (4-7) pitched 2 1/3 scoreless innings and Cody Allen worked the ninth for his 23rd save.

The Royals trailed 3-0 after Gomes homered off starter Jason Vargas, but Kansas City scored once in the fourth and added three in the fifth to take a 4-3 lead. However, the Indians rallied for two in the fifth against rookie Brandon Finnegan (0-1) and added a run in the sixth on pinch-hitter David Murphy's sacrifice fly.

In the fifth, Vargas hit Michael Bourn with a pitch to open the inning and Royals manager Ned Yost pulled the left-hander, who has just one win in his last seven starts.

Jose Ramirez doubled off the wall and the speedy Bourn, waved around by third-base coach Mike Sarbaugh, scored the tying run on a headfirst dive into the plate, reaching in with his left hand to avoid catcher Salvador Perez's tag. Ramirez moved up on a fielder's choice and scored on Santana's grounder.

Yost hasn't given up hope on dethroning Detroit in the Central.

"It just makes it a little more difficult but it's not impossible," Yost said. "There's a lot of things that can happen in the last four games. Again, we've talked about this a couple of times but you don't know what's going to happen. You just go play them, play `em out."

Trailing 3-1, the Royals scored three runs in the fifth to chase Indians starter Trevor Bauer, who coasted through three innings and was fortunate to escape trouble in the fourth.

Gomes' two-out shot, his 21st homer, to straightaway center gave the Indians a 3-0 lead in the first.

Kansas City is 10-5 against the White Sox, including a 5-1 mark in Chicago.

Yost managed in his 771st game with the Royals, moving him past Dick Howser for the most in club history. Yost is 370-401 with Kansas City.

Outfielder Alex Gordon threw Indians catcher Roberto Perez at second trying to stretch a single in the fourth. It was Gordon's 62nd career assist, the most in the majors since 2011.

Royals: INF Christian Colon (broken right middle finger) has been sent to the instructional league in Arizona. The Royals may still include him on the postseason roster. Colon was placed on the DL on Sept. 7 after fractured his finger tip while fielding a grounder at third on Sept. 2.

Indians: The Indians end a stretch of 30 games in 30 days with their final off day of 2014. They open a three-game series vs. Tampa Bay on Friday as Corey Kluber (17-9) tries to strengthen his case for the Cy Young.