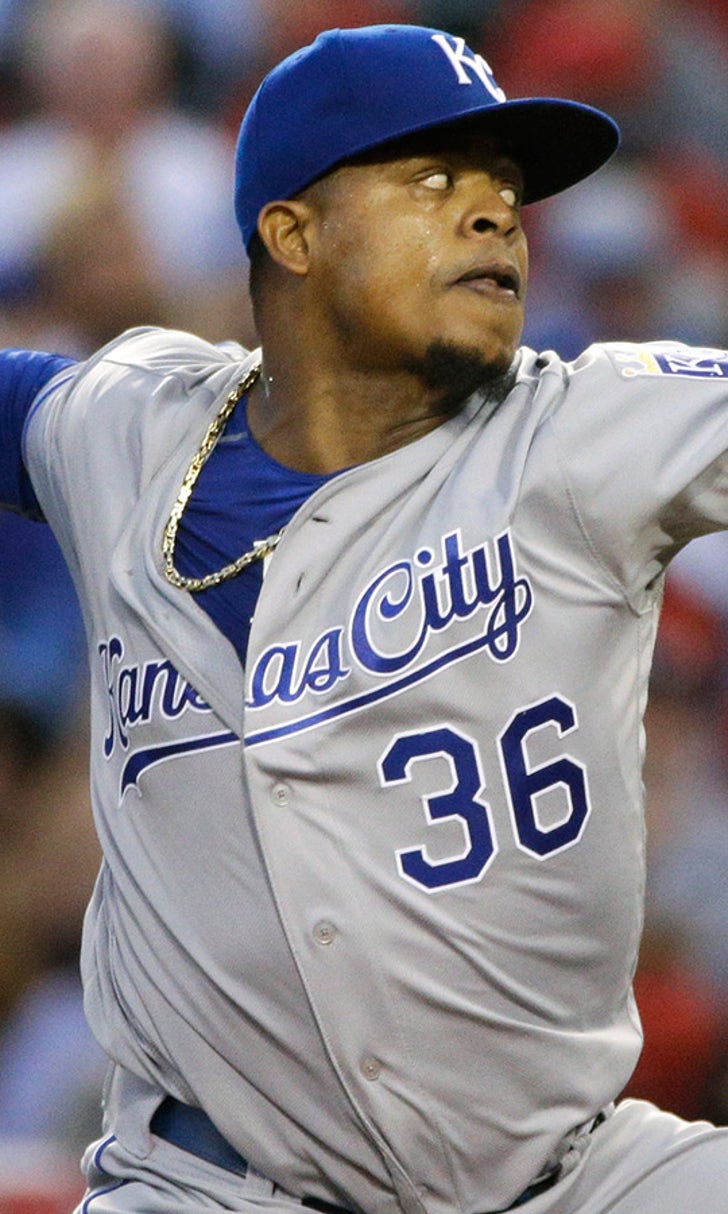 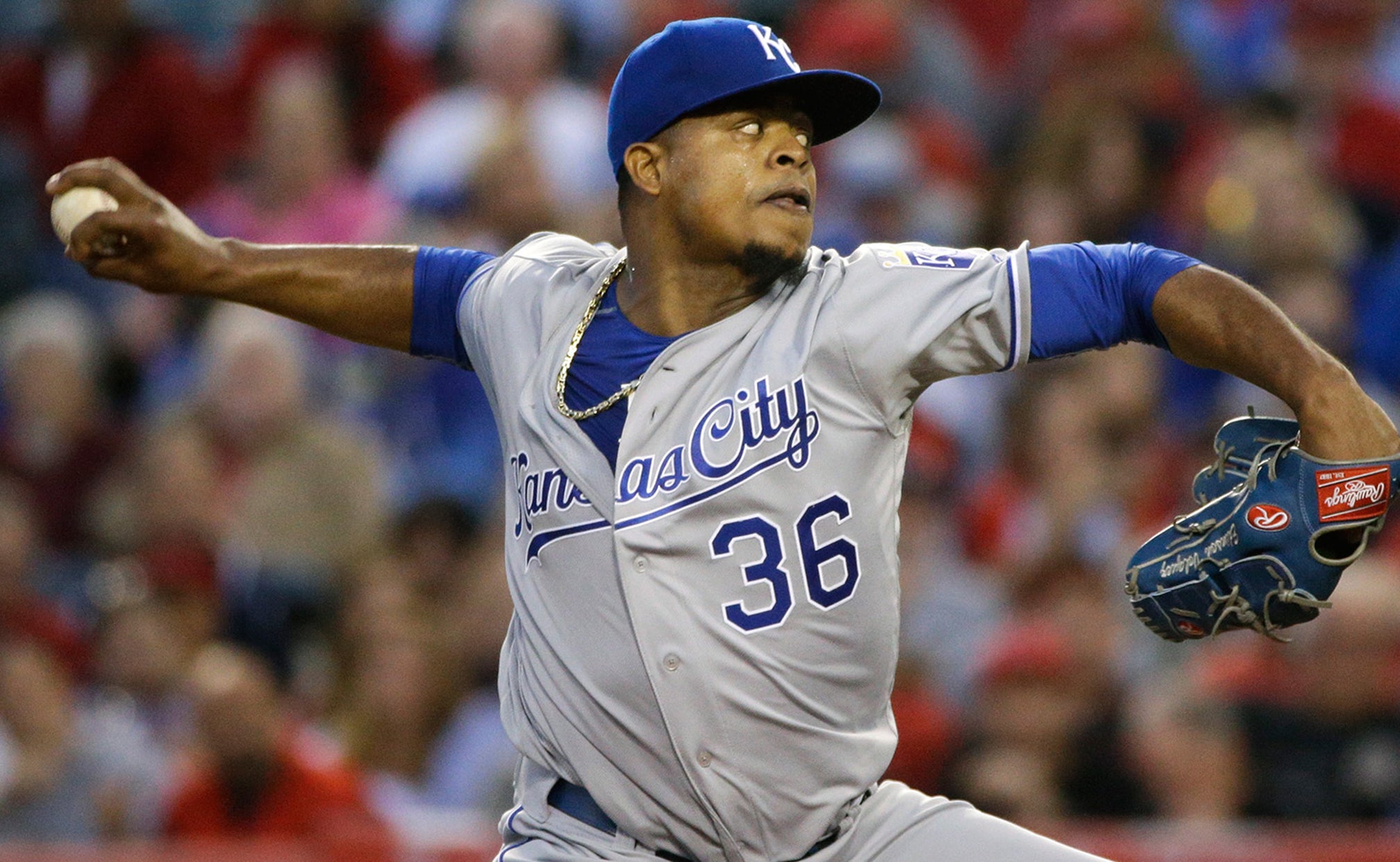 Royals go for series win in finale at Cleveland 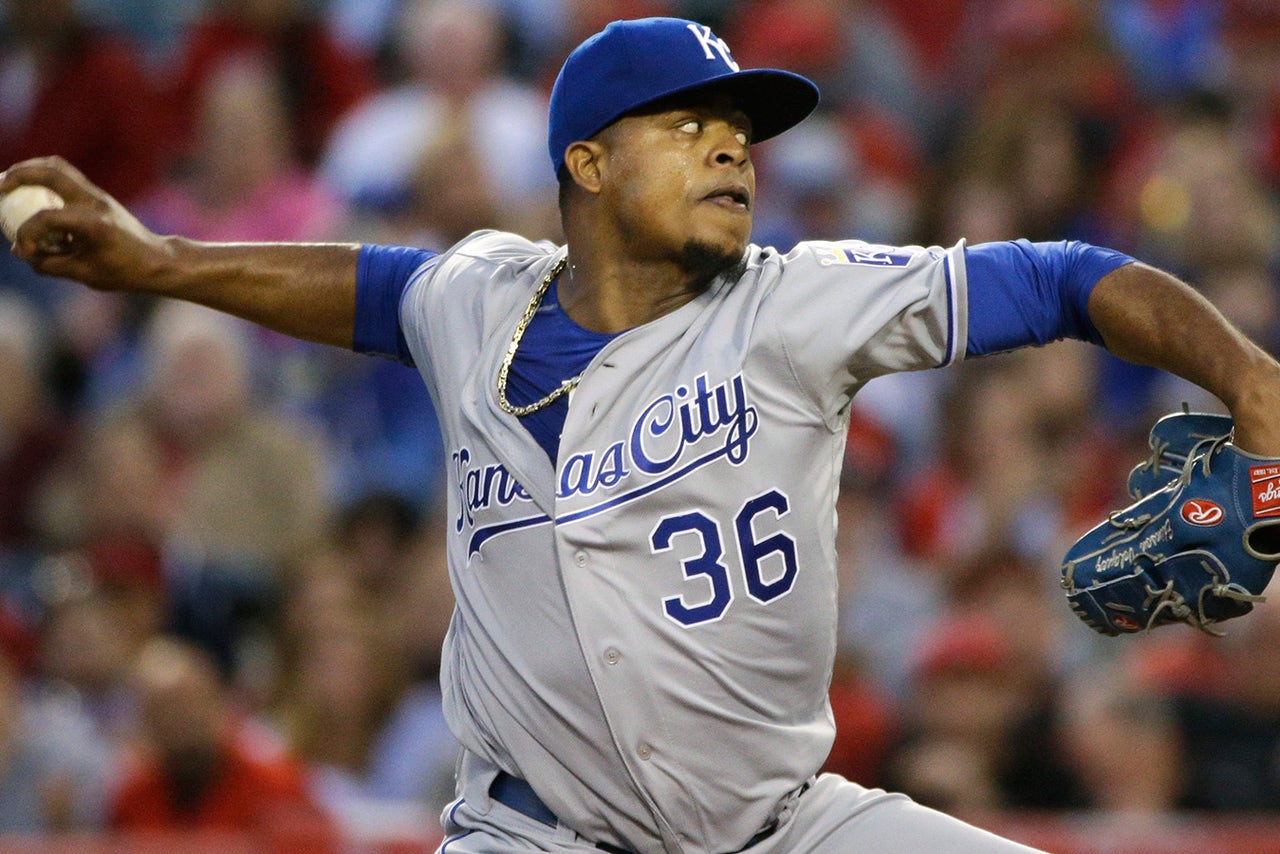 Edinson Volquez's ability to rebound from the few poor innings he's endured has made him one of the Kansas City Royals' most effective starters on the young season.

The Cleveland Indians have given him trouble regularly, though. 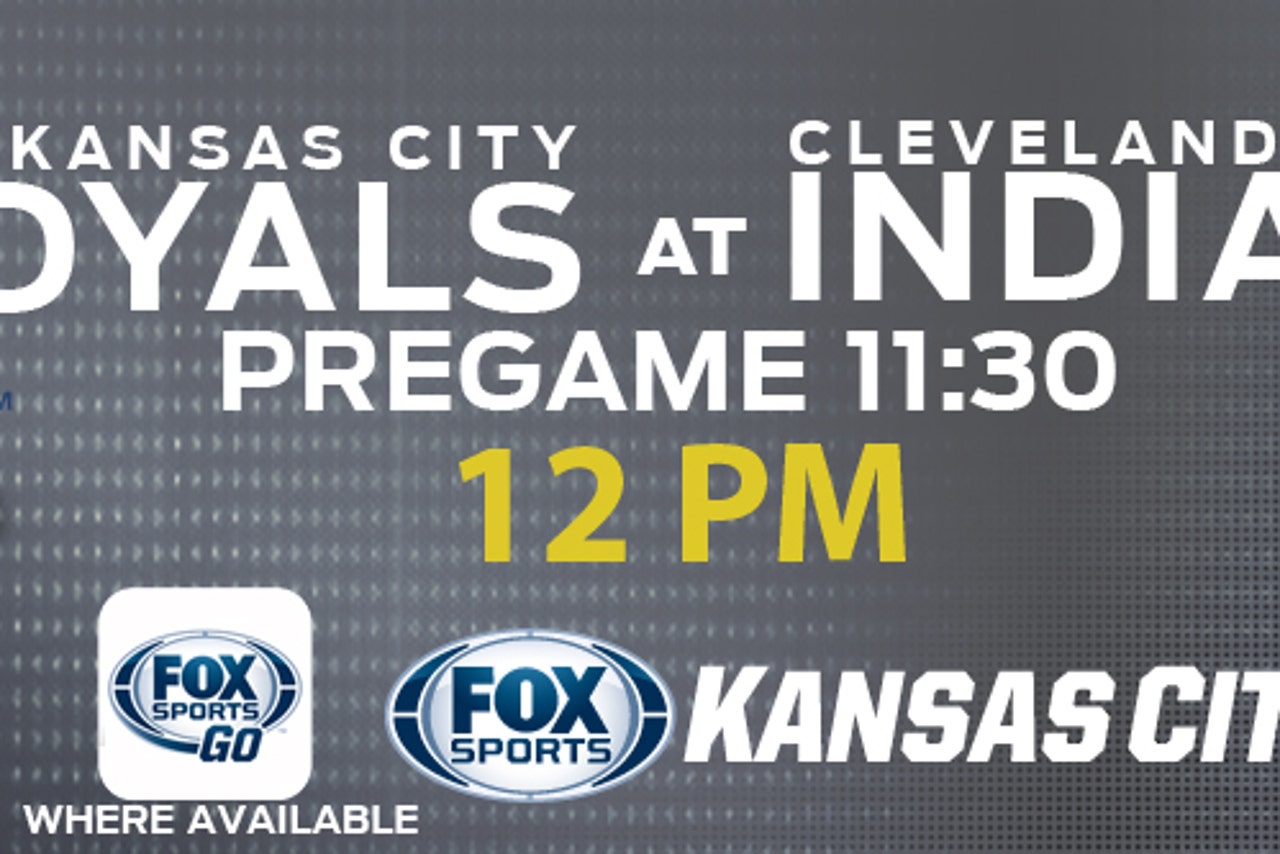 He'll look to shake off those struggles against the AL Central rivals Sunday and help the Royals win back-to-back games for the first time in more than two weeks.

Volquez (3-2, 3.13 ERA) had a 1.09 ERA through his first four outings, then gave up eight runs in a loss to the Los Angeles Angels on April 26. He allowed two runs in the first inning against Washington on Monday before settling down to go 7 2/3 innings in a 2-0 defeat.

"He was tremendous," manager Ned Yost said. "Sometimes it takes guys an inning to get going. Unfortunately, it cost Eddie two runs, but from that point on, he was fantastic."

The right-hander wasn't nearly as good against Cleveland (14-13) last year, posting a 5.85 ERA in four starts with 16 walks in 20 innings. Michael Brantley went 4 for 6 off Volquez last season and could be back in the lineup after getting Saturday off.

The Royals (15-14) held the Indians to six hits in a 7-0 victory and will try to win consecutive games for the first time since April 21-22. Kendrys Morales hit a three-run homer in the first before Kansas City put it away with three runs in the eighth.

"The last week, it seems like every time we play the first inning we're down two or three runs," said Yost, whose club has lost nine of 13. "To be up three runs for the first time in awhile, it's big."

The Royals will look to begin another winning streak by getting to Josh Tomlin, who is coming off his second quality start.

Tomlin (4-0, 3.13) gave up two runs in six innings of Tuesday's 7-3 win over Detroit while allowing nine hits, but he limited the damage by not issuing a walk and has surrendered only two bases on balls over 23 innings.

Salvador Perez is 9 for 14 with a homer and three doubles off Tomlin, who won't have to contend with Mike Moustakas after the Kansas City third baseman went on the disabled list Saturday with a fractured left thumb. He's expected to miss two to three weeks.

"I just thought it was sore," Moustakas told MLB's official website. "The next couple of days it didn't go away, but that was normal, and I thought I could play through it."

The Indians had a four-game winning streak snapped Saturday and were blanked for only the second time this season after outscoring opponents 27-8 during that run.