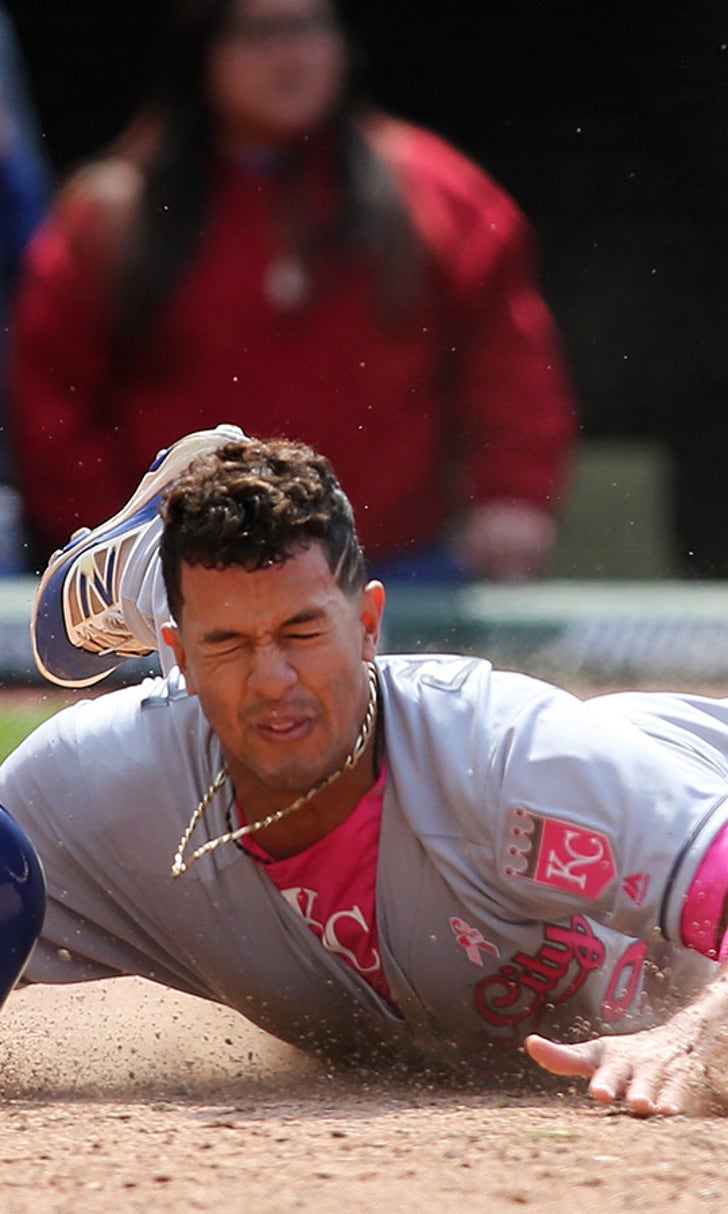 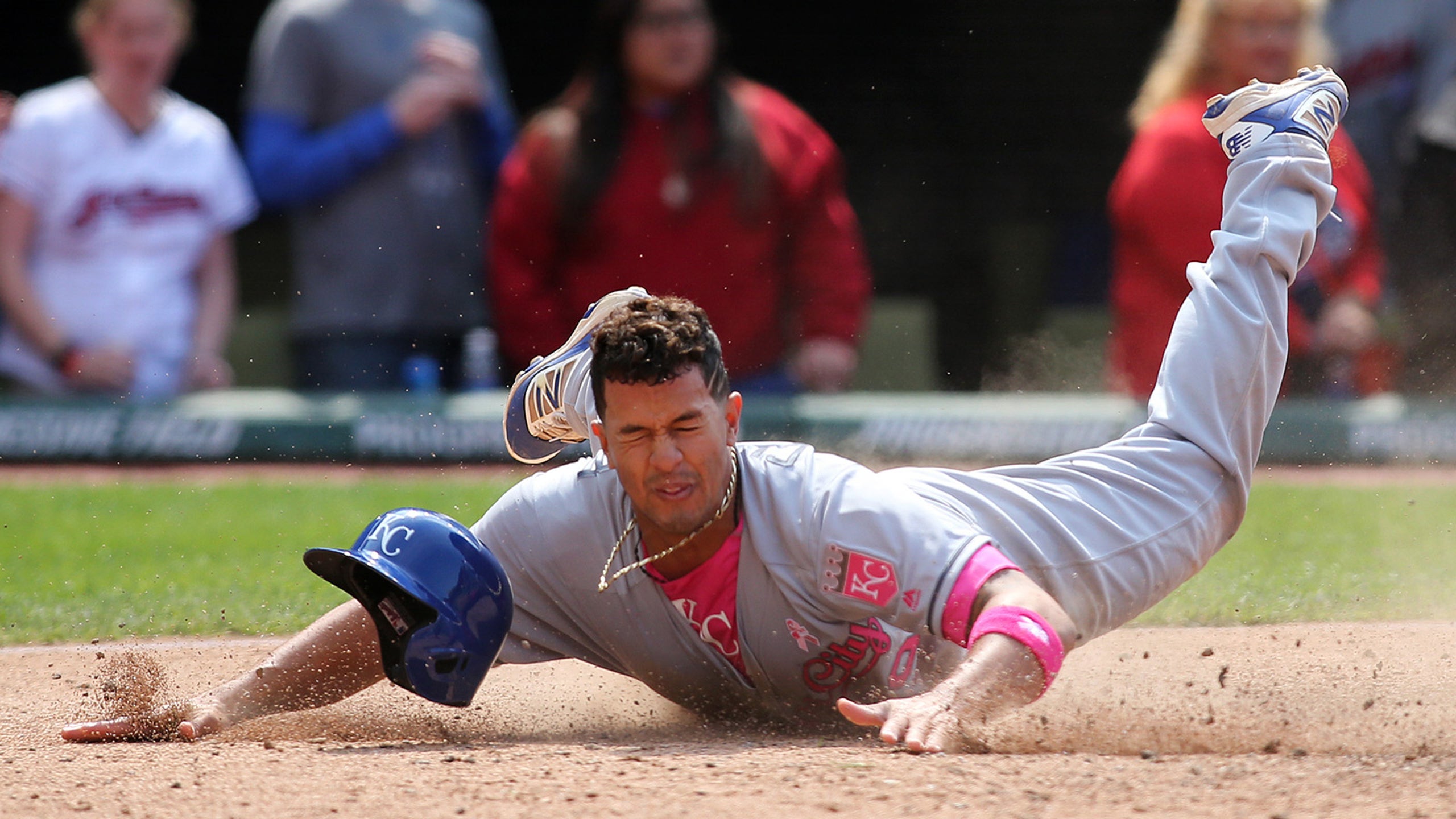 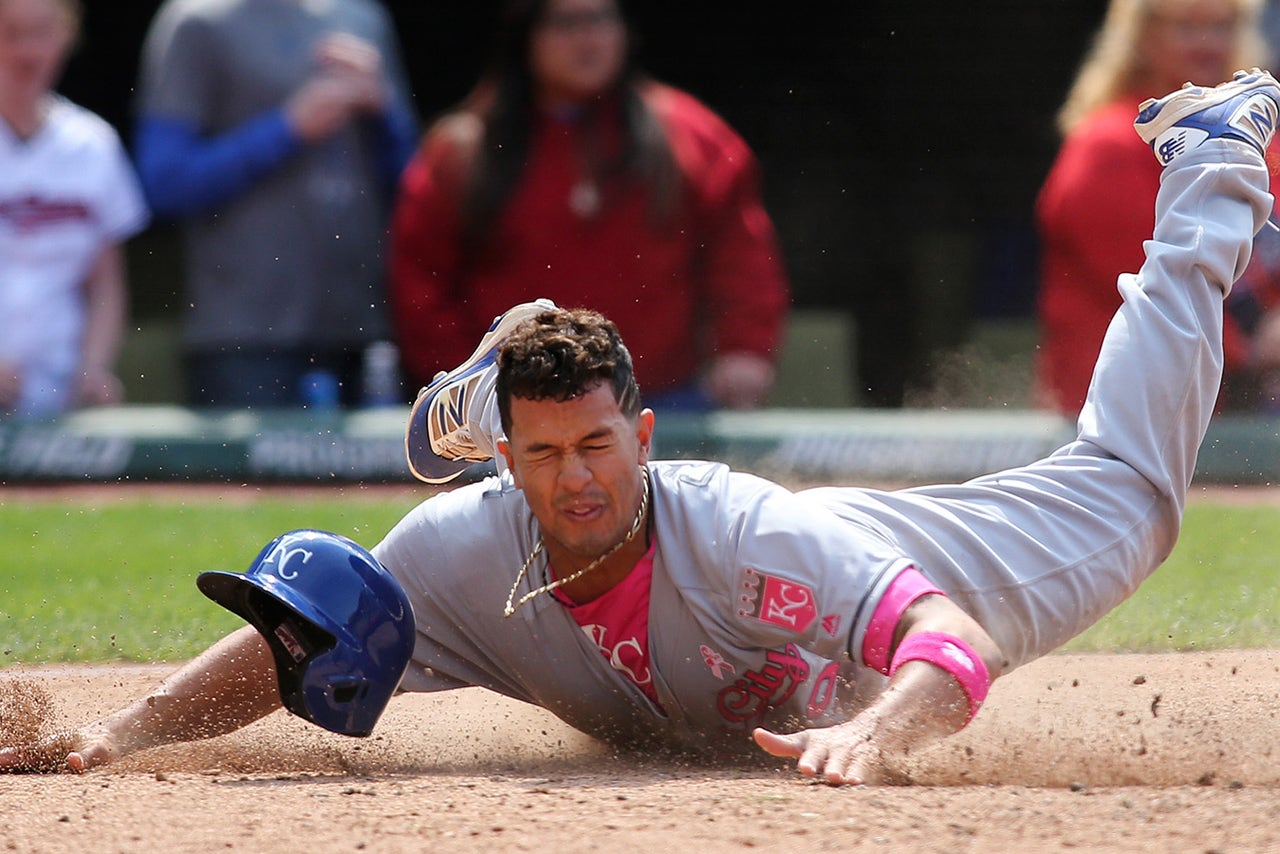 CLEVELAND -- Edinson Volquez struggled with a hole on the mound. If they're not careful, the Kansas City Royals might dig themselves one, as well.

The defending World Series champions lost for the ninth time in 12 games on Sunday, falling 5-4 to the Cleveland Indians, who got another solid outing from Josh Tomlin.

Eric Hosmer hit a two-run homer and Volquez (3-3) couldn't get out of the fifth inning for the Royals, who are just 7-13 since starting the season 8-2.

Kansas City dropped two of three in the series and also lost third baseman Mike Moustakas for an indefinite period with a broken left thumb.

While it's still too early to be panicked, the Royals don't look like the team that won last year's World Series.

"I was trying to do a little bit too much to win the series and I got myself in trouble," said Volquez, who asked the umpires to address a problem with the mound before the fifth inning.

After the grounds crew fixed the dirt, the Indians went to work on Volquez, scoring three runs to take a 5-3 lead.

Tomlin (5-0) worked into the seventh inning and became the first Indians pitcher to win his first five outings since Justin Masterson in 2011. Tomlin is 12-0 in 13 starts following a loss since the beginning of last season.

Carlos Santana led off the first with a homer off Volquez and Mike Napoli connected against Kansas City's starter in the fourth.

Kansas City closed to 5-4 in the seventh, but Indians shortstop Francisco Lindor threw out Cheslor Cuthbert at the plate and reliever Bryan Shaw got Alcides Escobar to bounce into an inning-ending double play.

Shaw worked the eighth, and Cody Allen finished for his eighth save in eight chances.

Royals manager Ned Yost felt Cuthbert, who was called up when Moustakas went on the disabled list, waited too long before breaking to the plate and it cost him.

Held in check by Tomlin for three innings, the Royals scored three in the fourth to take a 3-1 lead.

Lorenzo Cain, who was thrown out by left fielder Brantley trying to stretch a single in the first, led off with a double and Hosmer went to a 3-2 count before connecting for his fifth homer, a 440-foot-plus shot into the Royals' center-field bullpen.

Alex Gordon singled with one out and scored on Salvador Perez's double.

His homer extended his hitting streak to seven games, and along with an 18-gamer earlier this season, Hosmer has hit safely in 25 of 26. During that span, Hosmer is batting .354 (35 for 99) with six homers and 14 RBIs.

Hosmer dropped a foul pop and Escobar missed a grounder as a the Royals made two errors. Escobar already has five miscues after making 13 last season, when he won a Gold Glove.

Royals: Moustakas was seen again by Dr. Tom Graham, who gave him a second opinion on his broken left thumb. The Royals placed Moustakas on the 15-day disabled list Friday but have not disclosed any more information.

Chris Young (1-4) pitches the opener of a four-game series at the New York Yankees. Of the 19 runs Young has allowed, 13 have come on homers.