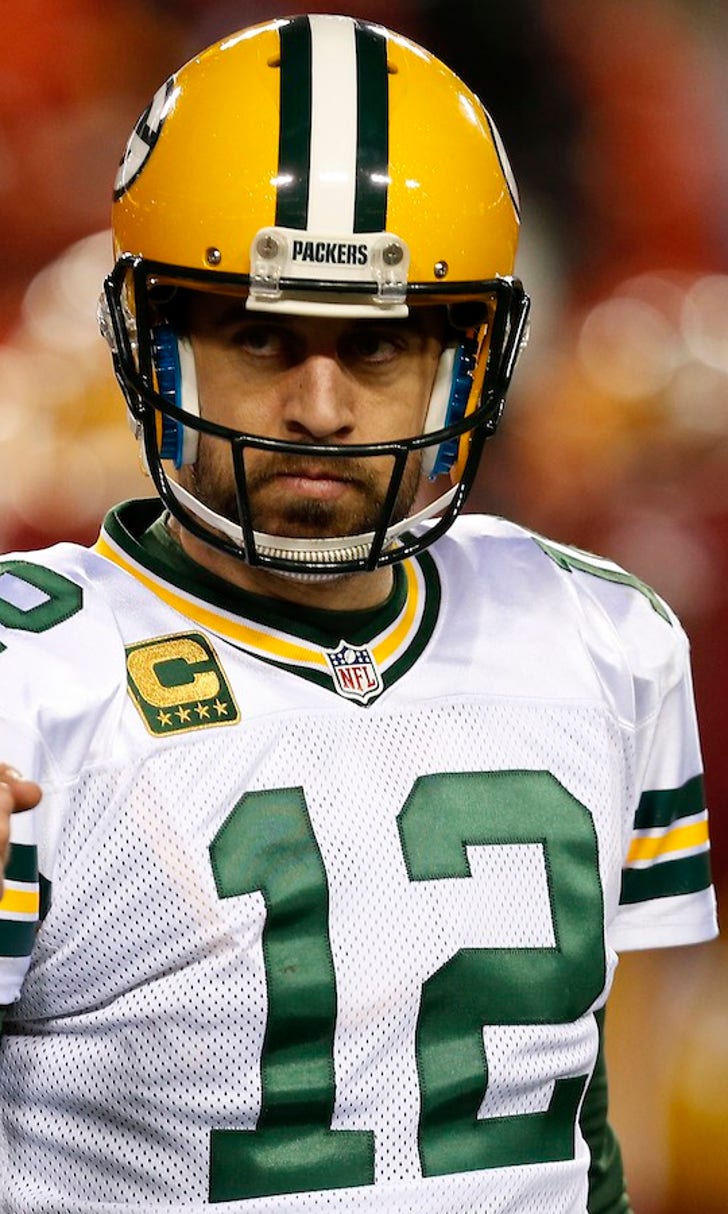 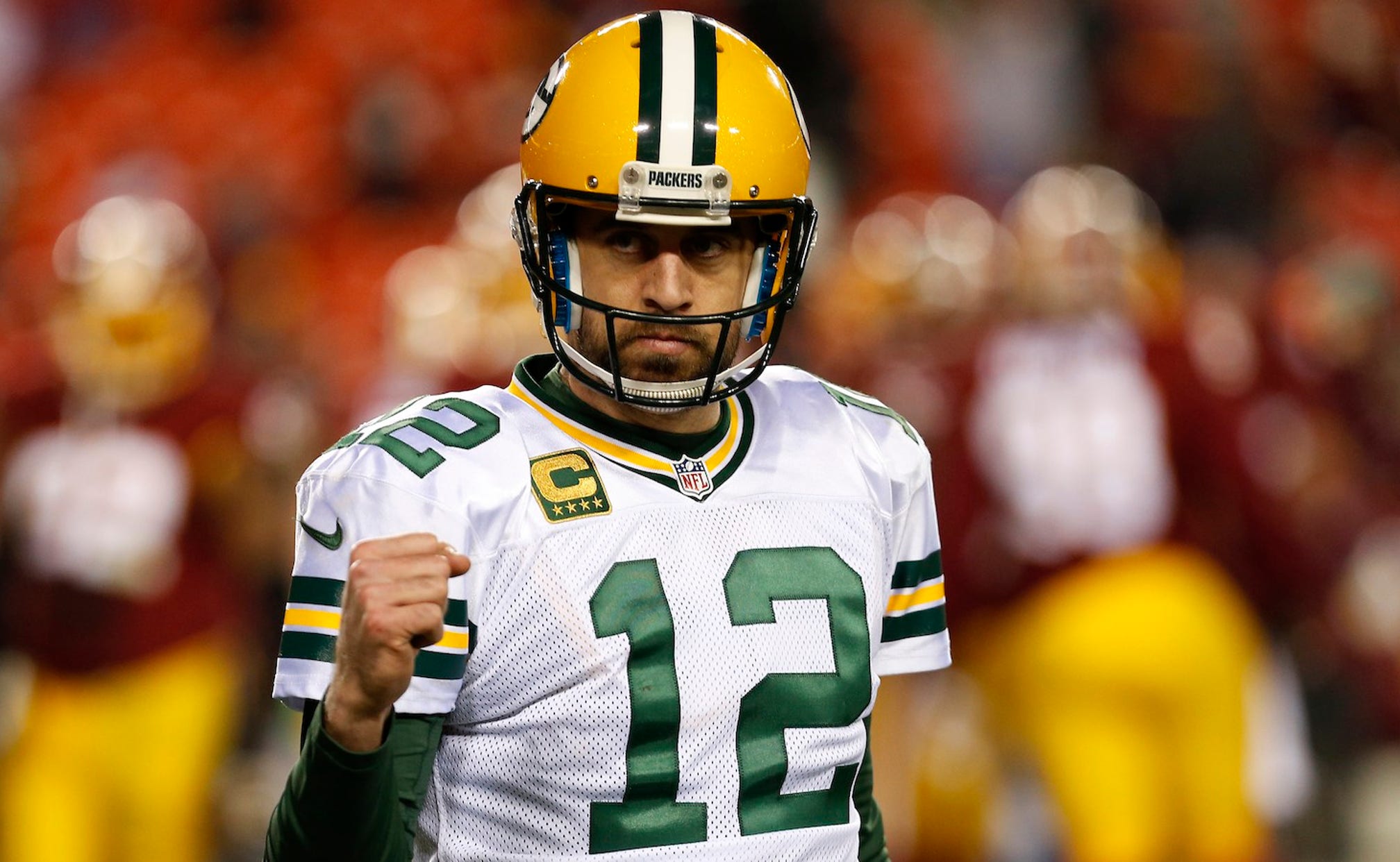 When it comes to fantasy leagues among the staff at RotoWire, the crown jewel is the Steak League. Going strong for well over a decade, the Steak League gets its name from the side bet that also makes it so ultra-competitive â every offseason, the teams in the bottom half of the standings have to buy steak dinners for the teams in the top half and, when you have a league made up of friends and co-workers who will never let you hear the end of it, nobody wants to pick up that check.

From an analysis perspective a long-running league with fairly sharp owners plus a stable membership and rules set provides an interesting opportunity to examine some trends that have really come to the forefront in fantasy football this year, as well as examine some tactical tips that can be particularly useful in auction leagues.

The basic Steak League rules are reasonably normal. Auction budgets at $200 to fill roster spots for one QB, two RB, three WR, one TE, one K, three IDP players (DL/LB/DB) and six bench spots. The league is not PPR and scoring is otherwise standard. One wrinkle that got thrown into the mix this year was the league size, however. In previous years, 16 teams participated, but this season the league "expanded" to 28 teams split into two separate 14-team leagues, with the winners of each meeting in a Week 17 clash to determine the overall winner. As a result, there was a little more talent available in the auction endgame than in previous years.

Despite it not being a PPR league, wide receivers have been sucking up an increasing share of overall budgets with that trend reaching an apparent peak, at least in the league that I was in. In 2014, spending was nearly even between RBs and WRs, with the former getting 37.8 percent of total budgets and the latter seeing 38.2 percent. This season, wide receivers got a whopping 46.5 percent of the total auction dollars while running backs saw only 33.7 percent. Quarterbacks also saw a decline from 13.4 percent of the total dollars in 2014 to 9.3 percent in 2016. (Tight end, kickers and IDP players collectively saw between 9.6 percent and 10.5 percent each of the last three years, holding steady).

That increased emphasis on wide receivers is something that is also playing out in almost all formats, from NFFC drafts to casual home and office leagues. Everyone finally seems to be getting the memo that top WRs are a more stable investment than top RBs and that it's easier to find value at RB on the waiver wire.

While more dollars (relatively speaking) were directed toward wideouts, at first glance it's hard to see where that money actually went. In 2014, three WRs went for $50 or more while seven went for $40 or more, while last year the top WR salary was $49 for Dez Bryant (whoops) but nine receivers in total had salaries of $40-plus. In this year's action, three WRs once again went for $50 or more with Odell Beckham Jr. having the high-water mark at $55, and eight reached $40 or more in the bidding. In terms of numbers, the elite at the position has been steady the last few years.

Look down a rung or two on that ladder, though, and suddenly the difference gets thrown into stark relief:

Despite that fact that there were six fewer starting spots to fill and $400 less at the table than in the previous two years due to their being two fewer teams in the league, the number of WRs seeing bids of $20 or more increased, as did the total money spent on those WRs, as the middle class at the position continues to swell. In fact, just those 32 WRs saw more total auction dollars sent their way than all the RBs put together, who collectively got $939.

While the fact that there are more wide receivers deemed worth pursuing might seem to take off some inflationary pressure, rising ADPs and average salaries say otherwise. When a potential one-hit wonder like Doug Baldwin goes for $25, or an unproven second-year player like DeVante Parker goes for $21, it's going to be tough to find bargains at the position in any competitive league.

Early auction is different, of course, but in competitive ones such as the Steak League it's become more and more difficult to wait and get your "sleeper" picks cheaply in the endgame. As roster spots and available talent dwindle it tends to become more and more obvious which players everyone is waiting for and if four owners are targeting the same "sleeper," that means three are going to get stuck with scraps in that roster spot when they get out-bid.

In a league where most or all of the owners know their stuff, it often pays to name the player you want early when there are plenty of other big names at the position. This doesn't just apply to sleeper picks, either. Naming a player early in the auction, before the market at his position and for his talent level has been fully set, can allow you to walk away with real savings. The obvious example in this year's Steak League was Antonio Brown, who was the first of this year's big three WRs to go up for bid and who went for $5 less than Beckham (and went for the same price as Julio Jones).

Other relative bargains are easy to find as well: Alshon Jeffery was the ninth player nominated and went for $30. The player immediately before him in NFFC ADPs, Mike Evans, was nominated a few rounds later and went for $40, while Amari Cooper (the player immediately after Jeffery in WR rankings by NFFC ADP) went for $36. Cam Newton, the top QB on the board, went for $25 in the first round in nominations, basically the same price as the three QBs directly below him in ADP who came up for bid later on (Aaron Rodgers went for $25 as well, Russell Wilson went for $24 and Andrew Luck went for $23).

This pattern didn't play itself out for the most part at RB only because the market at RB was established very early. Lamar Miller ($39), Devonta Freeman ($41) and Todd Gurley ($51) were the first three skill players named in the auction.

The lesson here is clear. If you're in a league where most of the other owners only know the top stars you can probably afford to wait for the endgame to try to nab your sleepers, but otherwise you're much better off naming them early and trying to get them before the market for their services hardens.

Curiously enough, that advice ran counter to another trend that rose to the forefront in this year's auction, that of essentially "punting" your turn to nominate a player by naming a kicker or IDP player. Khalil Mack (who went for $7) was the second player nominated, while four of the first eight picks in the auction were kickers (highlighted by a bidding skirmish for Stephen Gostkowski that hit $4.) It didn't stop there either, as the first three picks of the second round of nominations were all defensive players, though one of those resulted in a $10 Luke Kuechly.

While the idea behind naming a non-skill player so early in the auction seems to be that you aren't tipping your hand on who you really want, the disadvantages would seem to outweigh the advantages. By naming a kicker or IDP player you aren't taking much money out of the pool and are missing the chance to start a big bidding war on a star player you want nothing to do with for whatever reason. Alternately if seemingly contradictorily, you also miss the chance to save a few dollars on a player you do want (or at least don't mind getting) if the market is still soft. In fact, one could argue that the relative bargains some owners got on players like Brown and Newton were a direct result of the dilution of the early bidding rounds with non-skill players and the slow development of a consensus on what those kinds of talents "should" be going for.

One roster-building strategy that has risen to the fore along with the increased prominence of WRs as a perceived more stable asset class is the "zero-RB" strategy, where you assemble a backfield of cheap players in the hopes that one or two will hit and become starters, and/or that you'll be able to find value at the position on the waiver wire.

While in the past I've certainly prioritized WR over RB and have won the league doing so (my 2013 championship roster featured Bryant and Demaryius Thomas as its two most expensive players), I hadn't completely neglected RB. That 2013 roster also featured rookies Eddie Lacy and Le'Veon Bell as my starting backfield for a combined $39 (we held the auction just after Bell hurt his knee in training camp, which kept his price lower than it would have been a few days earlier or a week later). However, this season seemed set up for me to attempt a true "zero-RB" strategy rather than simply a "discount RB" one. For one thing, I wasn't comfortable with any of the top RBs, who all seem to have warts or question marks of some kind. For another, there were no obvious running backs who might come at a discount due to minor injury or their rookie status. Ezekiel Elliott has been treated as a proven commodity this draft season (and was so here, going for $46) and the dropoff from him to the likes of Derrick Henry (who went for $9) was huge.

With that in mind, I elected to focus on a couple of deep sleepers I liked and spend no more than $50 total on my backfield. With so little money devoted to that position, though, I would need to make sure I got top talent at spots I normally didn't spend big on, namely QB and TE. While I accomplished that goal, securing Rodgers for $25 as my starting QB and Rob Gronkowski for $32 as the most expensive tight end in the auction (a steal compared to his $42 salary last year or even Jimmy Graham's $45 in 2014), spending big there while still spending $100 on my three starting WRs (Mike Evans at $40, Jordy Nelson at $39 and Parker at $21) left me with precious little budget left to compete for backs. In the end, I only spent $34 on six RBs and that only after throwing my last $8 on my final player in the endgame, Javorius Allen. Based on salary, he and Duke Johnson ($12) are my starters but I'm hoping Devontae Booker ($3) pans out and James Starks ($2) is usually good for at least a couple games of utility when Lacy seemingly inevitably finds his way into the doghouse or onto the injured list. Isaiah Crowell ($8) as Johnson insurance and Andre Ellington ($1) round out my motley RB crew.

On the bright side, there's more talent available after the auction than usual due to the shrinkage to 14 teams, which does play into the overall zero-RB strategy. Christine Michael went unselected as did late preseason risers like James White and Jonathan Williams, players who may well have had endgame dollars thrown at them in previous seasons. I can't say I'm exactly happy with the roster I came out of the auction with, I knew the job was dangerous when I took it. Zero-RB is not for the faint of heart.