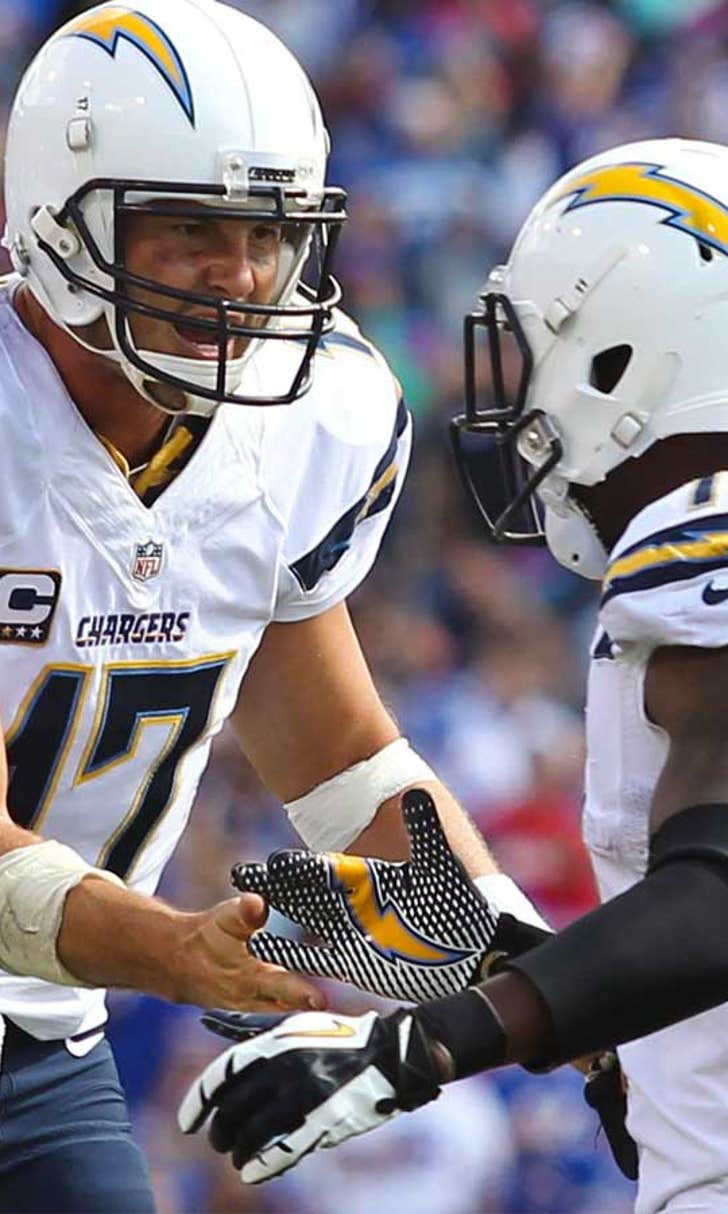 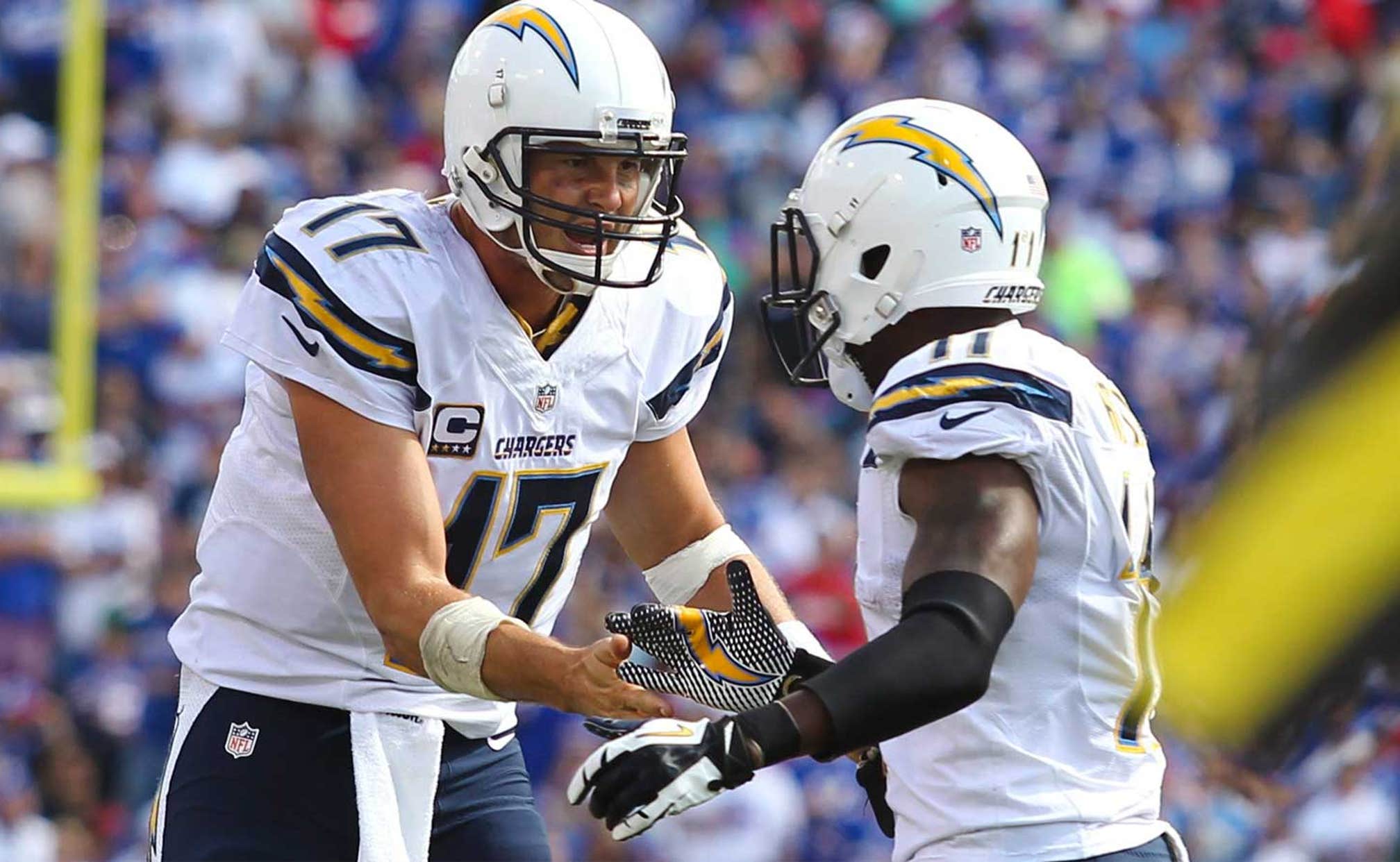 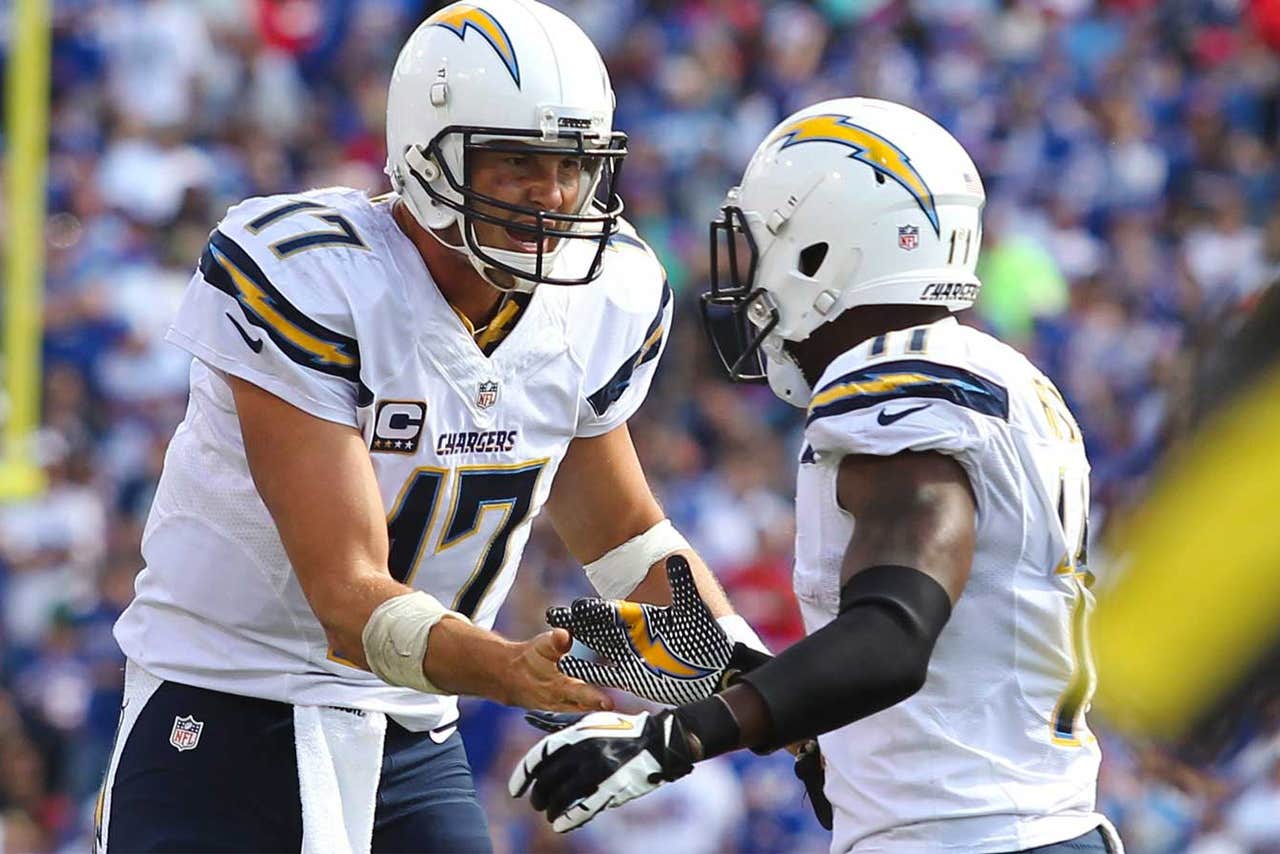 Philip Rivers certainly hasn't, which is why Royal has four touchdown catches in the last two games, helping the San Diego Chargers to their 3-1 start.

"It's crazy," Gates said. "Sometimes you get lost in the shuffle because we have so much talent. People forget how good Eddie was when we signed him. I remember when he was in Denver. He's taking a lesser role now being with us, but he always had that big-play ability, that after-the-catch ability and now it's starting to come to the forefront.

"It was never a secret here in this locker room, just the perception of it has changed," said Gates, who had three touchdown catches in an upset of Seattle three weeks ago. "Now he's finally fitting in and giving us a great contribution to win these games. He's a big part of what we do and I'm glad he's here.

A quarter of the way into the season, Royal is halfway to his career-high of eight TD catches set last year. He has more TDs than the likes of Dez Bryant, Julio Jones, A.J. Green and Victor Cruz.

"I think it's really just execution of the offense," said Royal, who had scoring catches of 47 and 43 yards in a 33-14 victory against Jacksonville on Sunday. "All the guys across the board have a good amount of catches, a good amount of yards. Philip's doing a great job of spreading the ball around. Guys are just taking advantage of the opportunities they get. One week it was Gates. I happened to be lucky, or I happened to make plays two weeks in a row, and next week it may be somebody different.

"We just have a number of guys on our team who can make plays. Guys are just doing it. The passing game is working pretty well for us right now."

The passing game is carrying the Bolts, because the running game is stuck in neutral.

Royal said all the receivers are doing a good job of getting open and understand the offense better a season after it was installed by coach Mike McCoy.

"It's looking a little bit smoother than it did at this point last year, you might say. And just the chemistry between us all. We've been together the second year in this offense and I think that's a big deal," said Royal, who has 17 catches for 236 yards.

The Rivers-to-Gates combination works so well because they've been teammates for 11 seasons and know each other's tendencies.

The other receivers probably won't ever have that kind of rapport with the QB, but earning Rivers' trust is key.

"I think we're all kind of growing," Royal said. "Nobody's at the level where Philip and Gates are. I mean, that combination's one of the best in the history of the game. It's going to take a while for us all to catch up to that. But we're working hard at it. We're busting our butt at practice. That's kind of what I like about this group. We go hard in practice and it kind of shows in the game."

It's what Royal does after the catch that stands out.

"He's got the speed to run by you, as you saw last week," Rivers said. "But he's so great after the catch. A lot of stuff we do, with intermediate routes and screens, the shallows, the things that he does well, he's so good with the ball in his arms. He's a natural runner."

Royal is sharing the wealth. His family, from Virginia, attended the Chargers' 22-10 victory at Buffalo, when Royal had scoring catches of 3 and 5 yards. He spiked the ball from his second TD and later retrieved it so he could give the balls to his nephews.

"They don't get to see me play very often," Royal said. "My mom doesn't really like to fly so any East Coast game, they'll drive; it doesn't matter how far. So it was great for her to be there and see that. It was just a great moment."

Royal said his niece wanted a ball, so she'll get one of the two from the touchdowns against Jacksonville. His mother, whose birthday is coming up, gets the other one.

"My brother comes to every single game. He's got plenty of balls. He was saying he wanted a ball. I was saying, `All right, I'll give you a ball,' `' Royal said.

At the rate Royal's playing, there should be enough to go around.