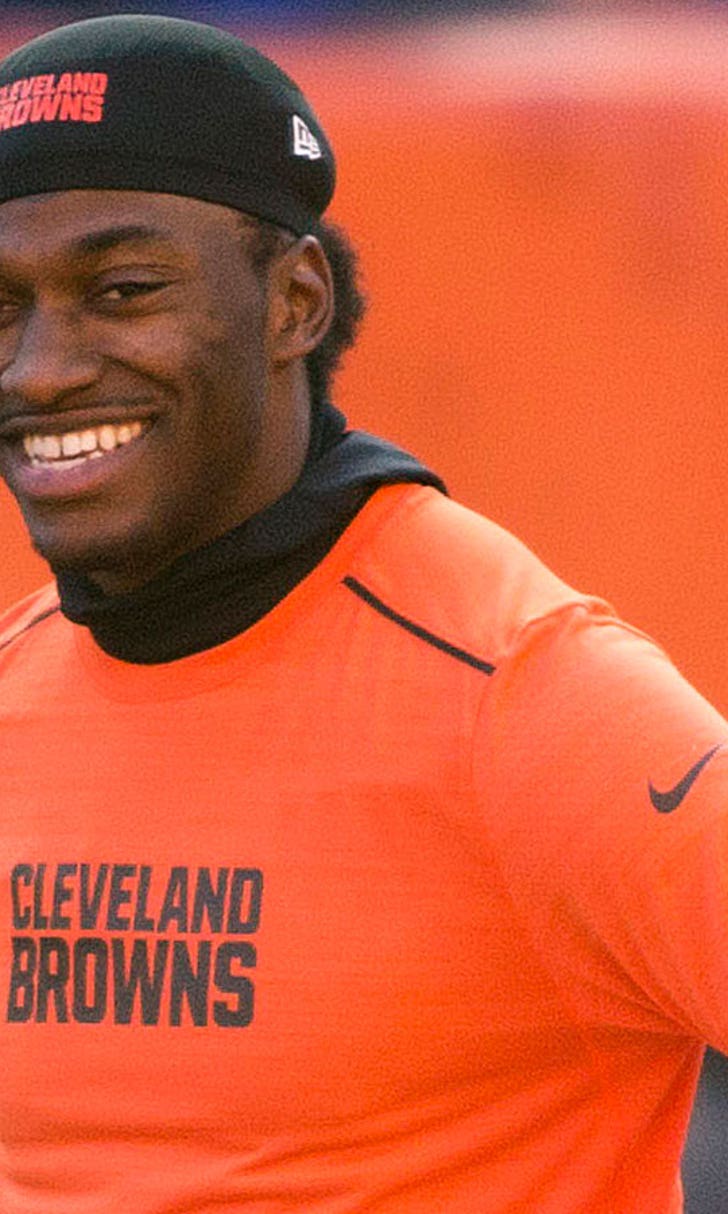 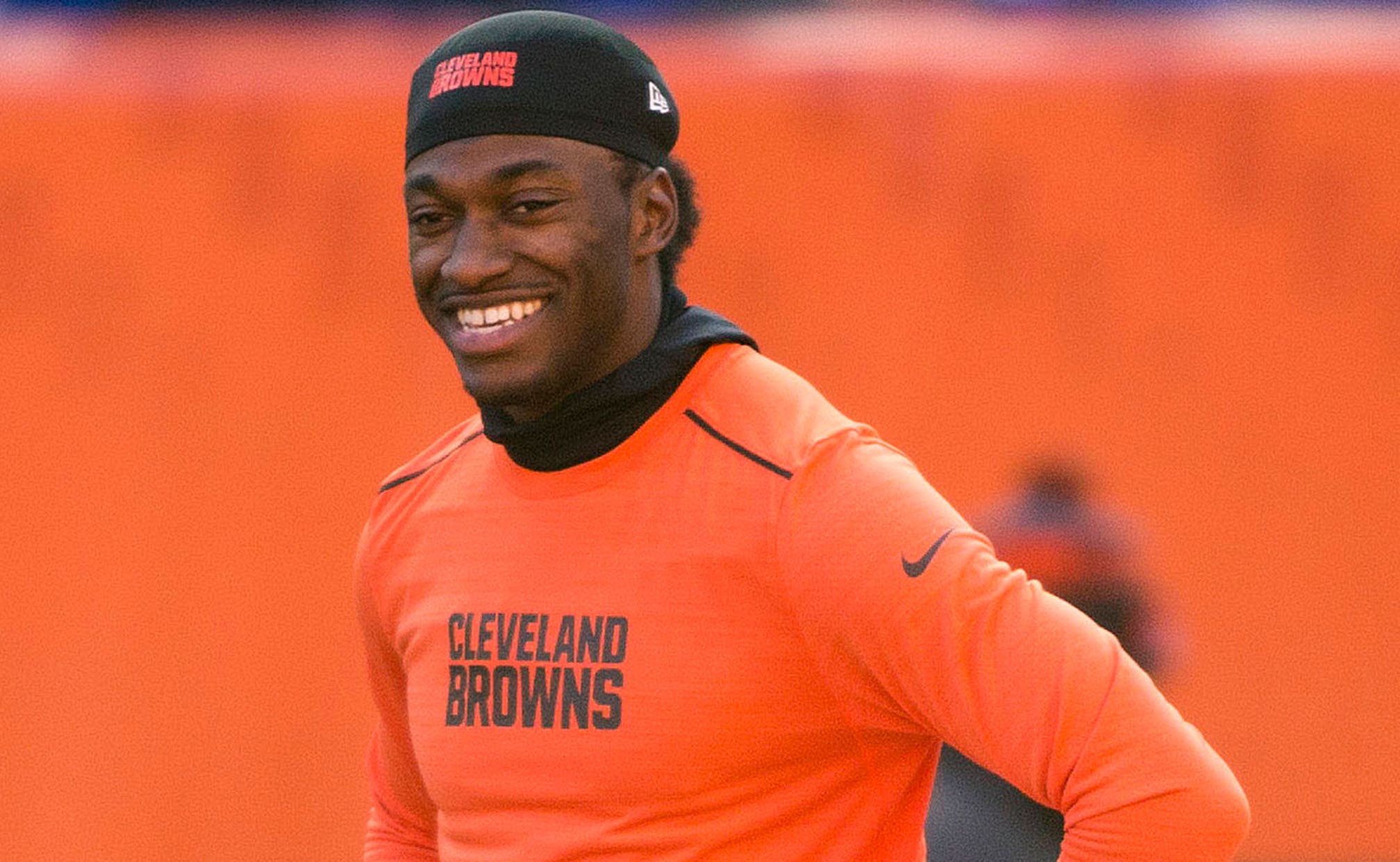 RG3 back as Browns starting quarterback 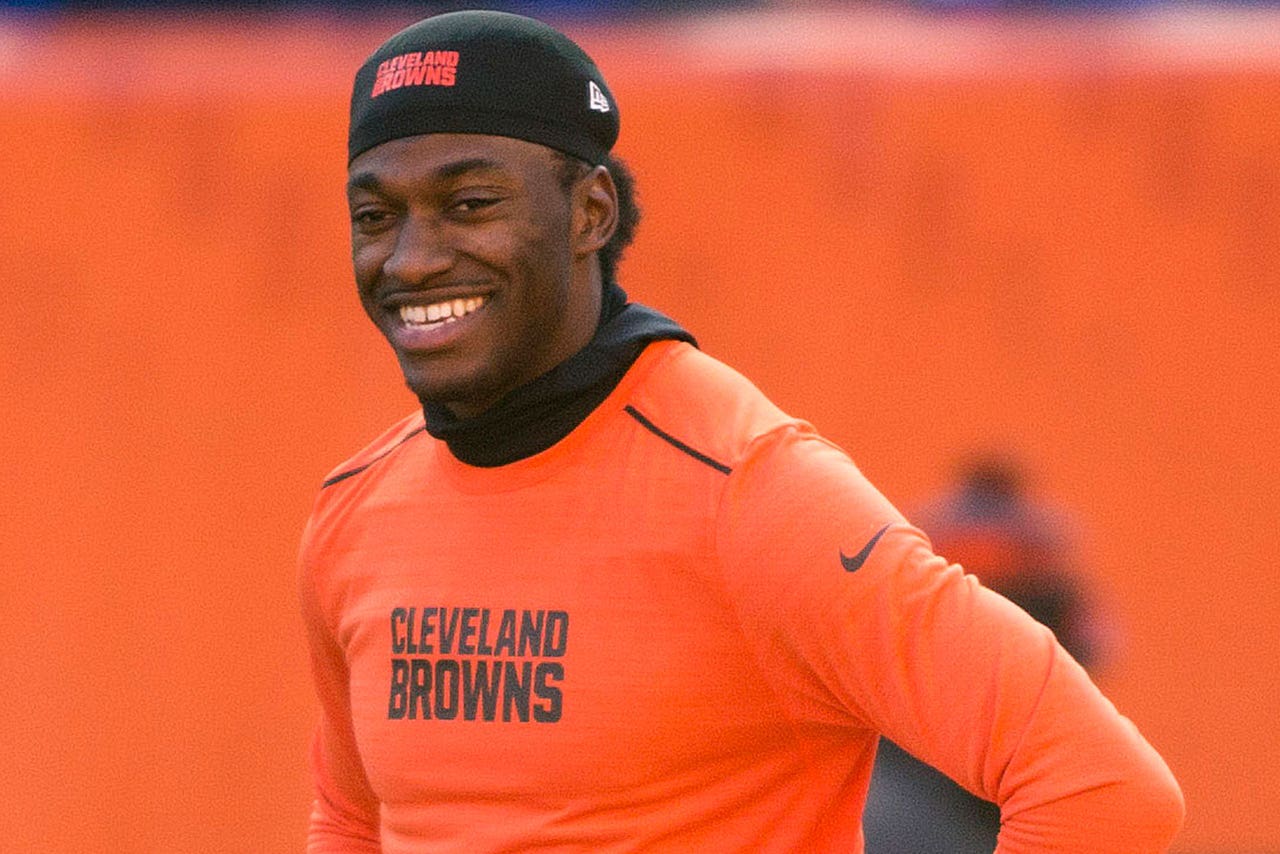 BEREA, Ohio (AP) -- RG3's getting his second shot with the Browns.

Robert Griffin III, who hasn't played since injuring his shoulder in the Sept. 11 season opener at Philadelphia, will start Sunday against the Cincinnati Bengals as the winless Browns (0-12) try to avoid becoming the second team in NFL history to go 0-16.

Griffin hasn't played since breaking a bone in his left shoulder in Cleveland's 29-10 loss to the Eagles nearly three months ago.

He was recently cleared for contact and coach Hue Jackson selected him to be the starter following two practices after Cleveland's bye week.

The Browns placed him on injured reserve with the idea Griffin could return, and Jackson will make his sixth quarterback change in his first season with Cleveland. After Griffin was injured the Browns also started Josh McCown (three games) and rookie Cody Kessler (eight).

The team has been unable to find a franchise quarterback for more than a decade and the Browns are giving the 26-year-old Griffin a chance to revive his career, which ended after four seasons with Washington.

Earlier this week, Griffin, who was told by doctors when he got hurt that he would probably not play again this season, said he would relish the chance to return to the field this season.

"It's just an opportunity to play in the NFL with a group of guys who don't deserve to be 0-12," Griffin said.

"I just want to come in, give the team as much of a spark as I possibly can, have fun and hopefully we can go 4-0. Because that's what we've been working for in this last quarter of the season. I think it's real important.'

In his Browns debut, Griffin completed 12 of 26 passes for 190 yards and an interception.

Brown Out
A must-win game in Week 2? It seems early, but a loss to the Bengals would spell disaster in Cleveland, Martin Rogers writes.
2 days ago

Marshall's Keys: Browns vs. Bengals
Brandon Marshall of 'First Things First' breaks down what it will take for the Browns to avoid an 0-2 start on Thursday.
2 days ago 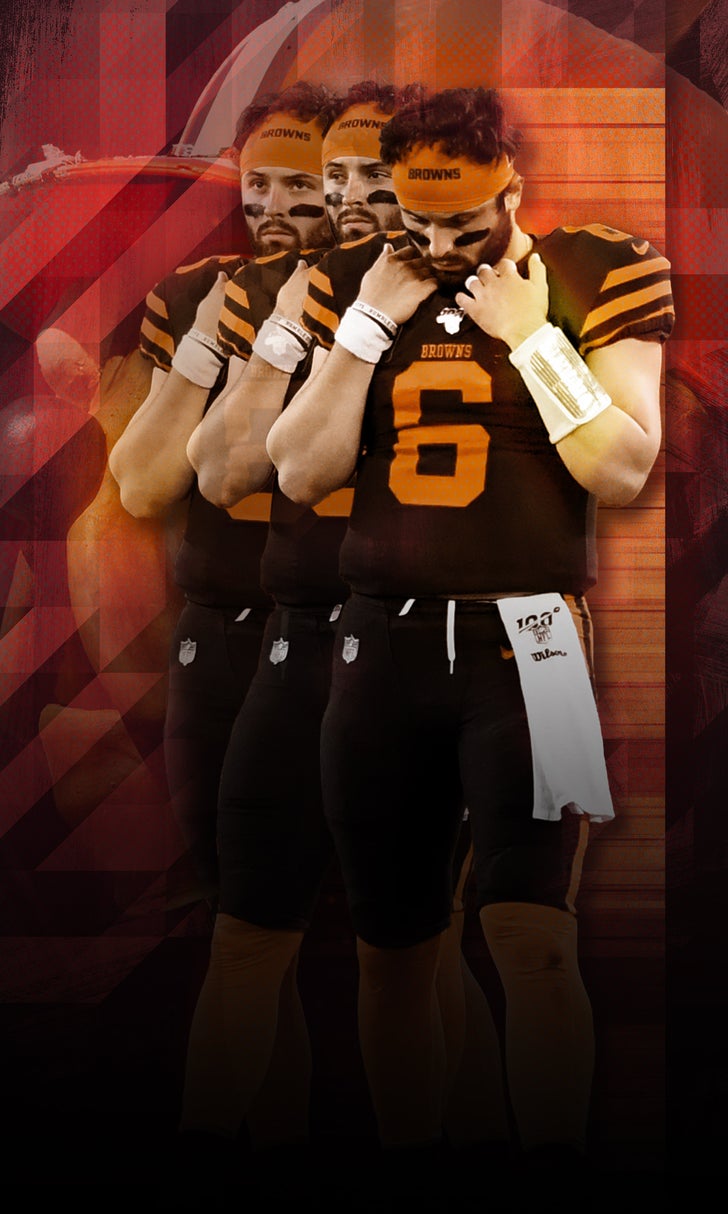 In The Dawg House
The Browns were humiliated in Week 1, and Baker Mayfield was a big reason why. So Colin Cowherd has a solution for Cleveland.
4 days ago
those were the latest stories
Want to see more?
View All Stories
Fox Sports™ and © 2020 Fox Media LLC and Fox Sports Interactive Media, LLC. All rights reserved. Use of this website (including any and all parts and components) constitutes your acceptance of these Terms of Use and Updated Privacy Policy. Advertising Choices. Do Not Sell my Personal Info