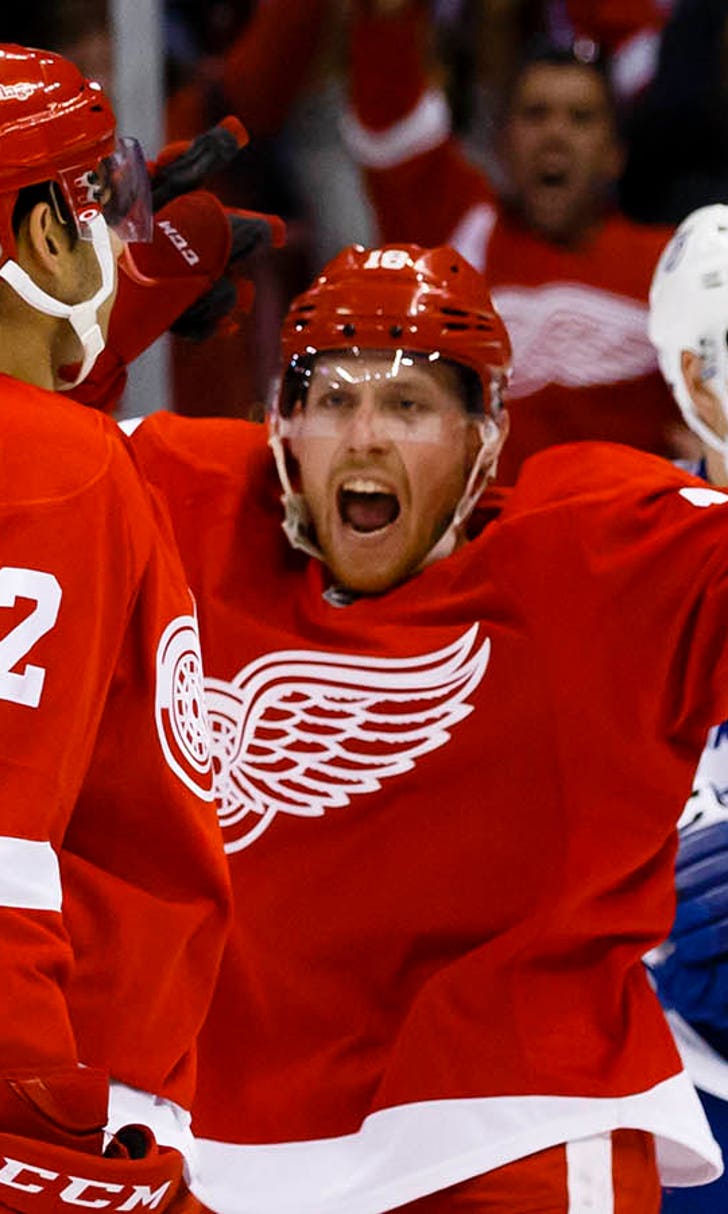 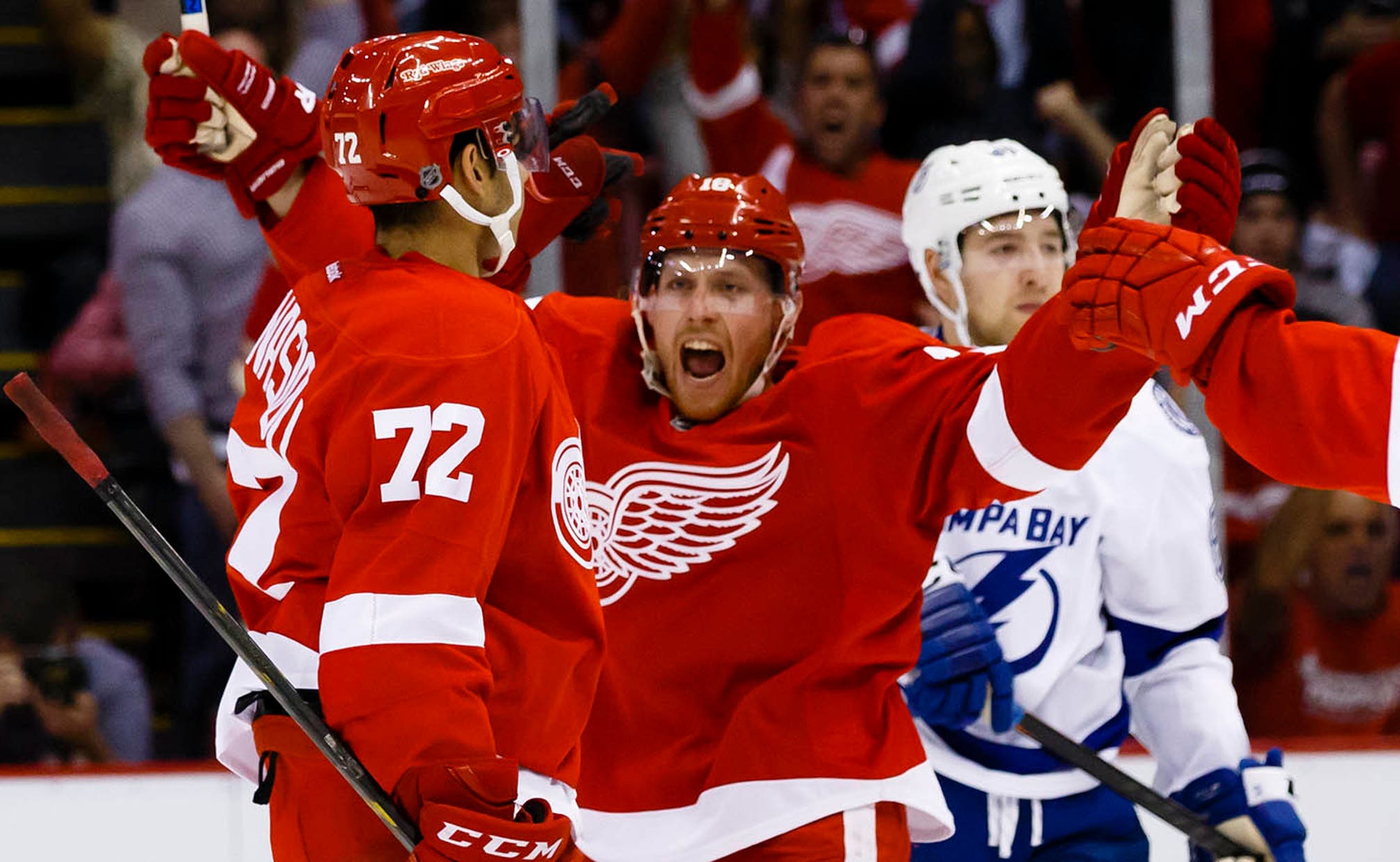 Detroit cut its deficit to 2-1 in the first-round series. Game 4 is Tuesday night at Joe Louis Arena. Game 5, which is now necessary, will be at Tampa Bay.

After brawling late in the last game, gloves were dropped, fists flew and there were piles of players on the ice when the Game 3 ended.

Ben Bishop made 28 saves for the Lightning, who had their top line of Tyler Johnson, Nikita Kucherov and Alex Killorn shut down after each of the three had six points apiece in the first two games of the series.

Kucherov scored first in each of the first two games, while Killorn and Johnson scored the tiebreaking goals in the third periods.

At the other end, the Red Wings kept Bishop much busier.

Athanasiou, a rookie, scored his first career playoff goal midway through the second period on a one-timer from the left circle that fluttered between Bishop's stick on the short side.

Zetterberg, in his 13th postseason, crashed the net late in the second period and was credited with a goal that appeared to go off his left skate. The goal stood after a video review and a challenge from Lightning coach Jon Cooper.

Blashill made another decision that paid off by putting Brendan Smith, who had been a healthy scratch since March 26, in the lineup instead of Kyle Quincey in the lineup. Smith used his right shoulder to put Cedric Paquette on his back early in the game. Smith, an agitating player, also drew another penalty late in the game.

Tampa Bay went on the power play for the first time late in the second period and got a second opportunity to have an extra skater early in the third, and failed to take advantage of the chances to pull within a goal.

Detroit's Pavel Datsyuk, who said he plans to retire from the NHL after the playoffs, was called for tripping with 5:40 left and his teammates prevented Tampa Bay from making the most of the opportunity.

The Lightning pulled Bishop to add an extra skater with 2:28 left, but had to put him back in next 11 seconds later because Braydon Coburn was called for interference for hitting Smith, who didn't have a stick as he tried to push him away from the net.

Mrazek didn't have to make many saves, but he made enough to shut out the high-scoring Lightning. He had two shutouts against them last year, pushing the series to a Game 7 before being eliminated with a 2-0 loss.

NOTES: Lightning F J.T. Brown missed the game with an upper-body injury. ... Detroit D Alexey Marchenko was knocked out of part of the game after getting checked into the glass by Vladislav Namestnikov and needing stitches to repair a cut on his forehead.