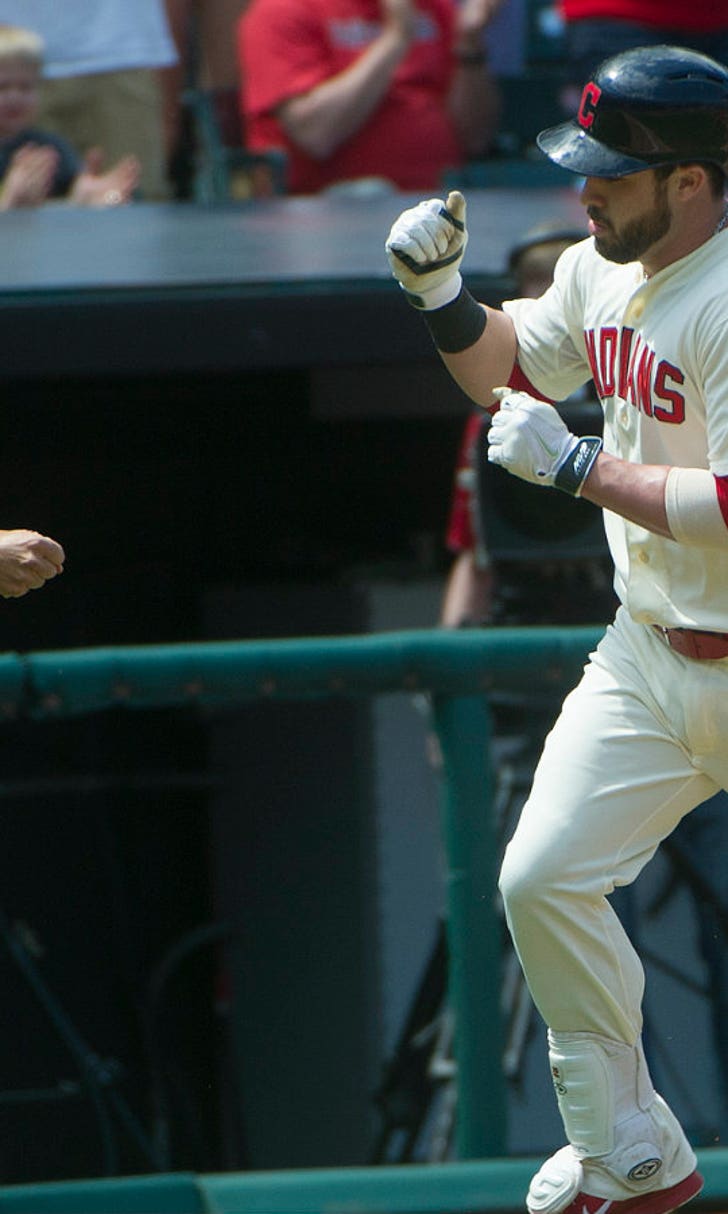 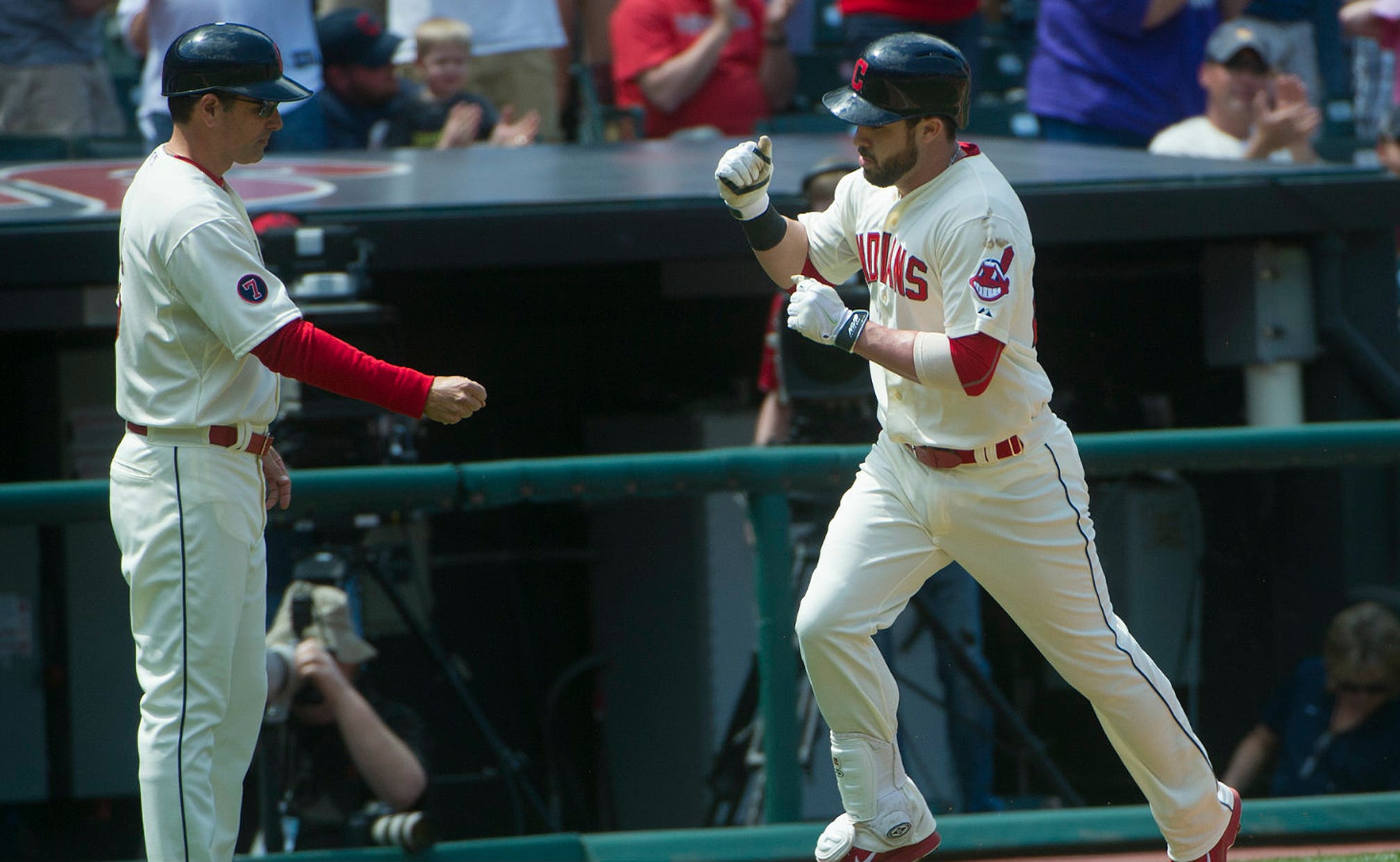 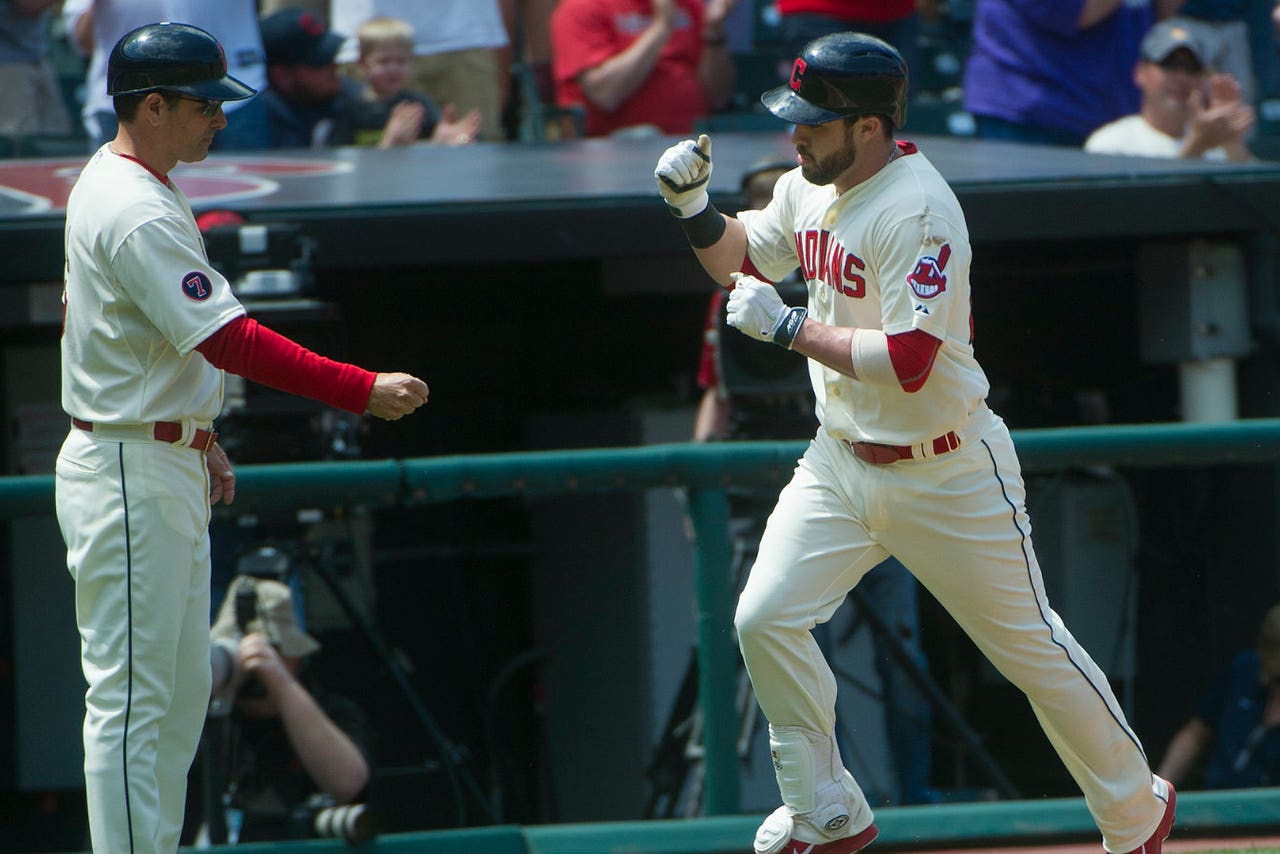 Kipnis also homered and drove in two runs for the Indians, who trailed 6-1 after a six-run fourth that included Devon Travis' first career grand slam.

Michael Brantley's two-run single off Jeff Francis (1-1) tied the score in the fifth and Raburn, batting for David Murphy, lined a double over third for an 8-6 lead.

Marc Rzepczynski (1-0) pitched a scoreless inning for the Indians, who gained a four-game series split with just their fourth win in 12 home games this year.

Toronto went 3-7 on its longest scheduled trip this season.

Mental mistakes in the field by Bauer and first baseman Carlos Santana helped Toronto to its early lead.

Kipnis hit a solo homer in the third, but the Blue Jays put up their second six-run inning in as many days.

Santana ran across the infield to catch Kevin Pillar off third base after fielding Ryan Goins' second-inning grounder but failed to make the tag, allowing Toronto to load the bases. Bauer fielded Ezequiel Carrera's high chopper but didn't get an out as Pillar scored for a 2-1 lead.

Russell Martin hit a solo homer off Cody Allen in the ninth.

Blue Jays: SS Jose Reyes (left rib fracture) has been on the 15-day DL since April 28.

Indians: CF Michael Bourn returned to the lineup after missing a game because of a strained neck. He landed face-first sliding into the plate Friday. Bourn remained in that game but was a late scratch Saturday.

Blue Jays: RHP R.A. Dickey, who is 0-3 in five starts, faces the visiting New York Yankees in the opener of a three-game series Monday. Dickey held New York to one run in 6 1-3 innings on April 8.

Indians: Cleveland opens a three-game series Tuesday at Kansas City. RHP Danny Salazar, who defeated the Royals on April 29 will start the opener.